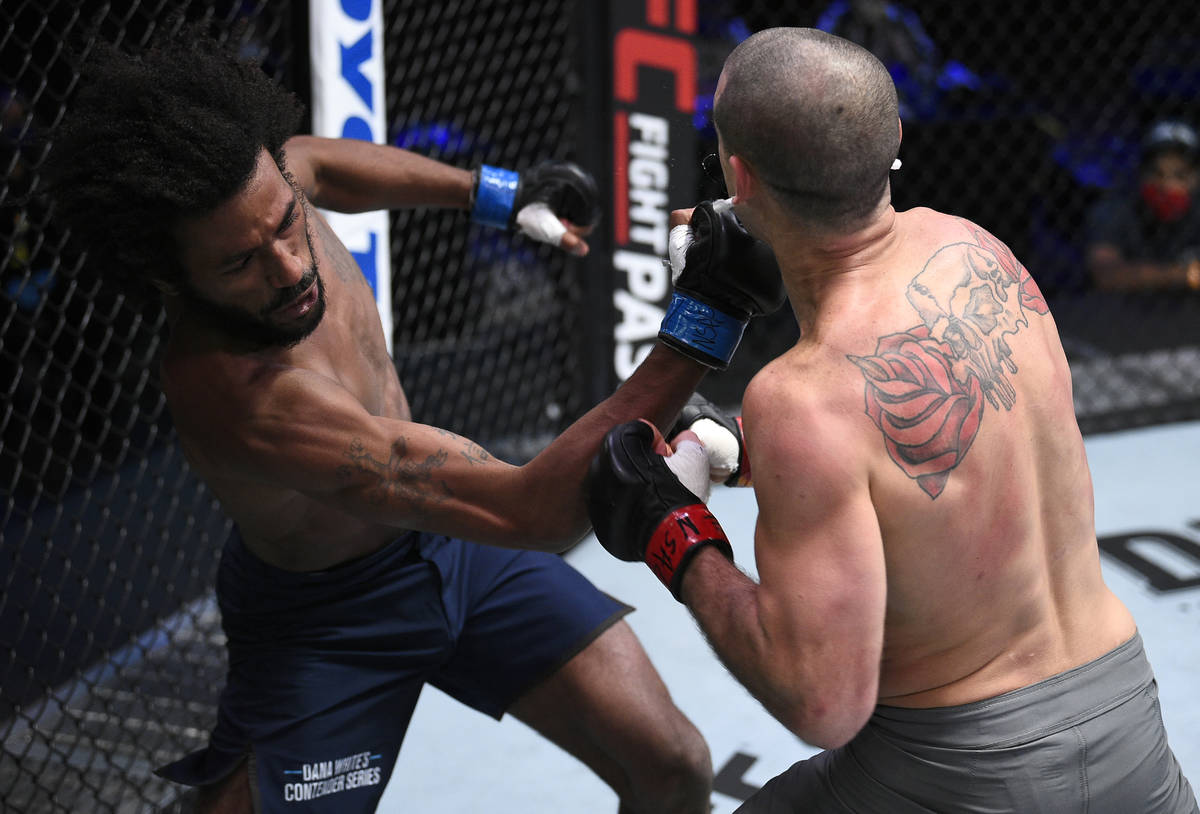 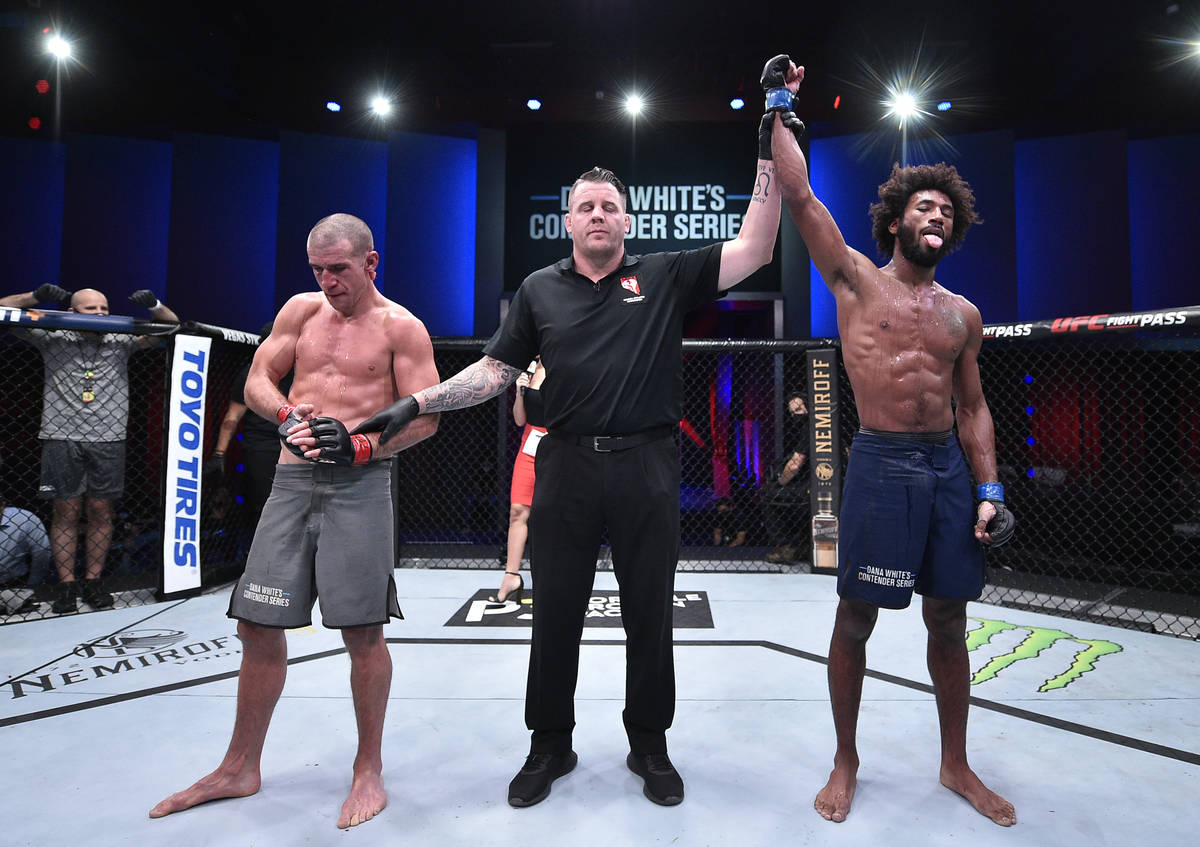 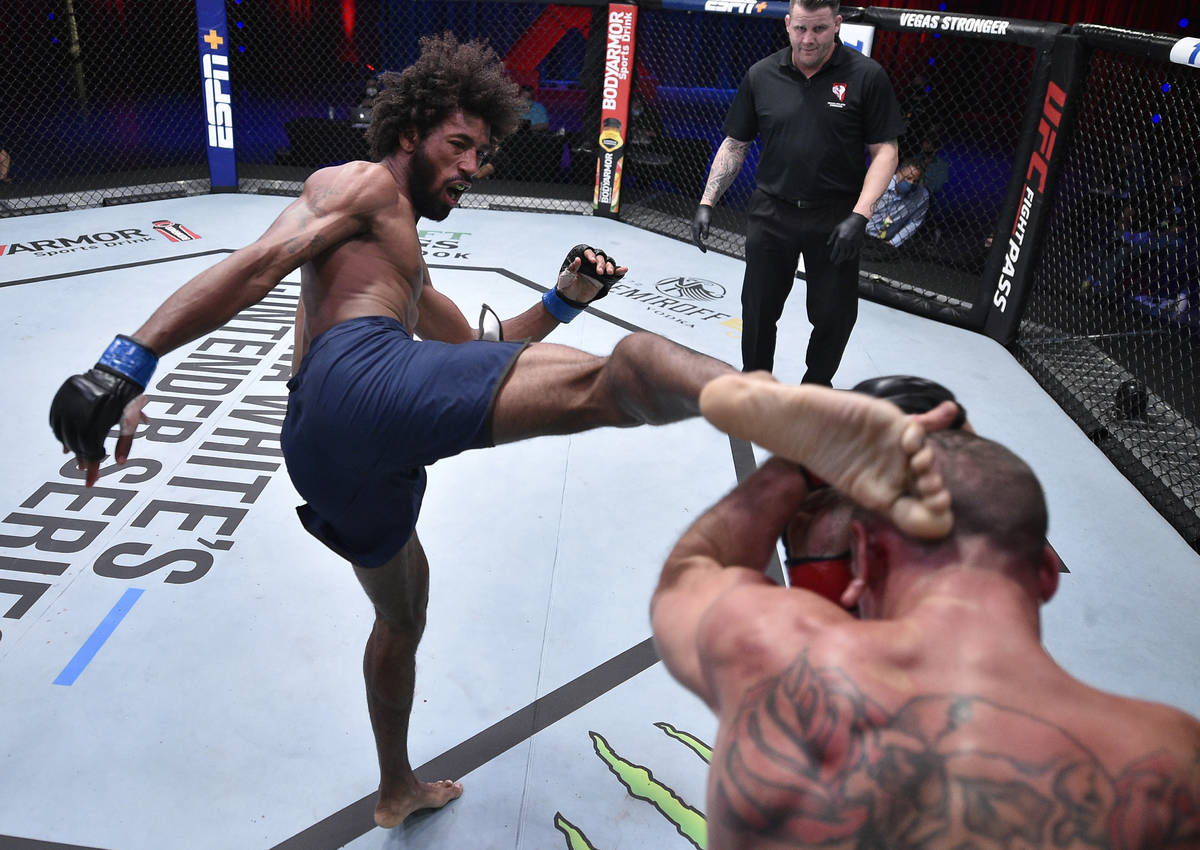 Las Vegan Sherrard Blackledge got the win he was looking for on Tuesday’s Dana White’s Contender Series card at the UFC Apex.

He didn’t receive the contract he desired.

Blackledge scored a unanimous-decision victory over Cameron Church in a matchup of undefeated fighters auditioning for a shot at a UFC deal on the show.

UFC president Dana White, who awarded contracts to the four other victorious fighters on the card, said he instead wanted Blackledge to return for another shot on the Contender Series in November.

“The marathon never ends,” Blackledge said of his pursuit of a UFC contract continuing. “He just wants me to come back and do it again. What more could I ask for? Make some more money before the end of the year and go right into the new year as a UFC fighter.”

White thought Blackledge, a 27-year-old lightweight, played it too safe in the third round as he worked to secure a win instead of trying for a knockout or submission.

“He looked incredible in the first two rounds against a tough, durable guy,” White said of Blackledge. “A kid like him who looked good tonight, got the first one under his belt. We’ll bring him back in November. He’ll get another fight.

”He’s already done this and now he knows if he would have put the pedal to the medal in the third round the way he did in the first two, I couldn’t have said no. Make me not be able to say no.”

Blackledge, now 5-0 as a pro, will look to leave more of an impact when he gets his second chance, though he also will be a candidate to step in should the UFC need late-notice fighters for upcoming cards in Las Vegas.

White, in awarding Matavao a contract, called Nchukwi a “Mike Tyson-like” fighter in terms of his aggression and the presence he commands in the cage.