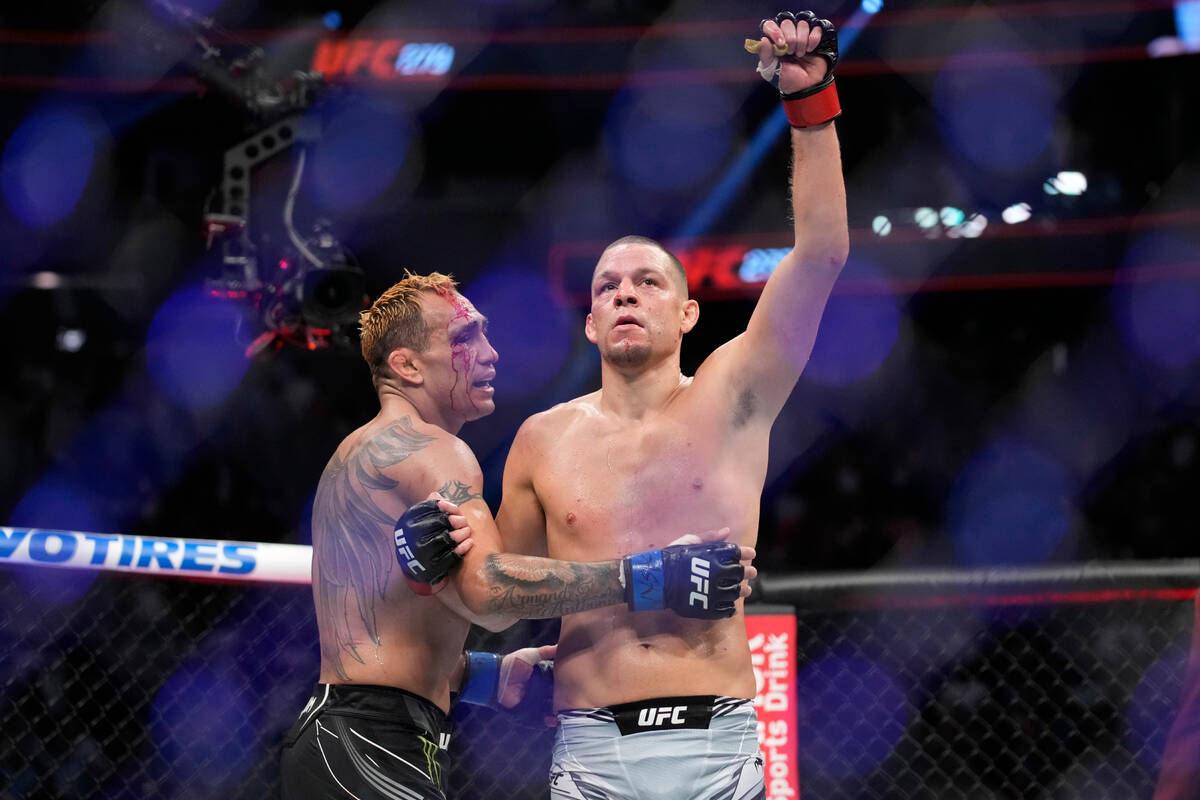 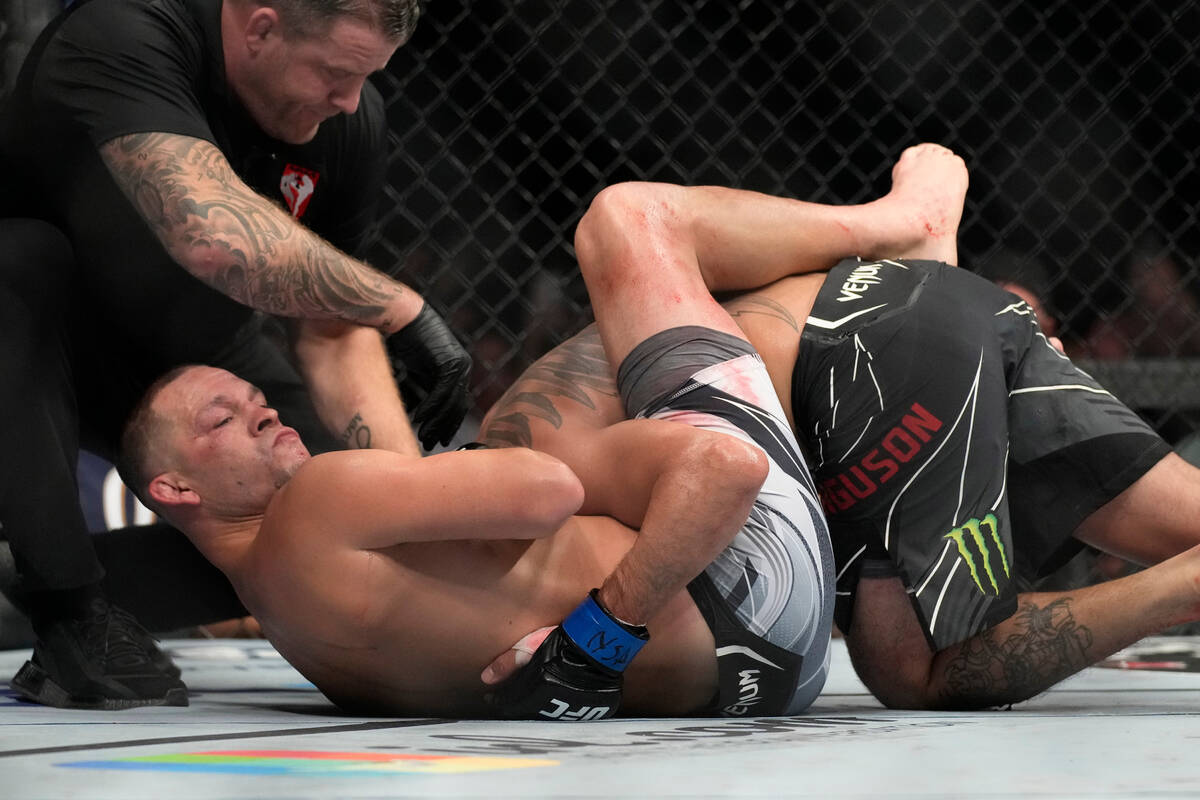 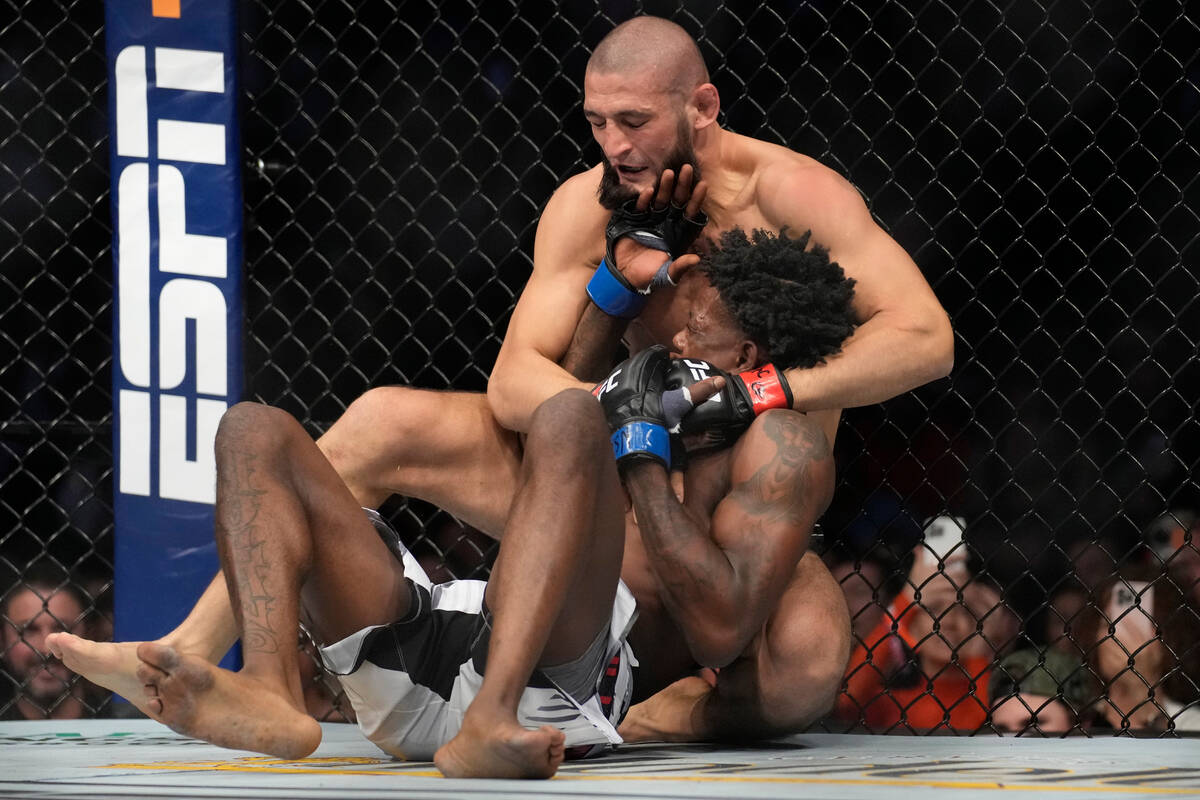 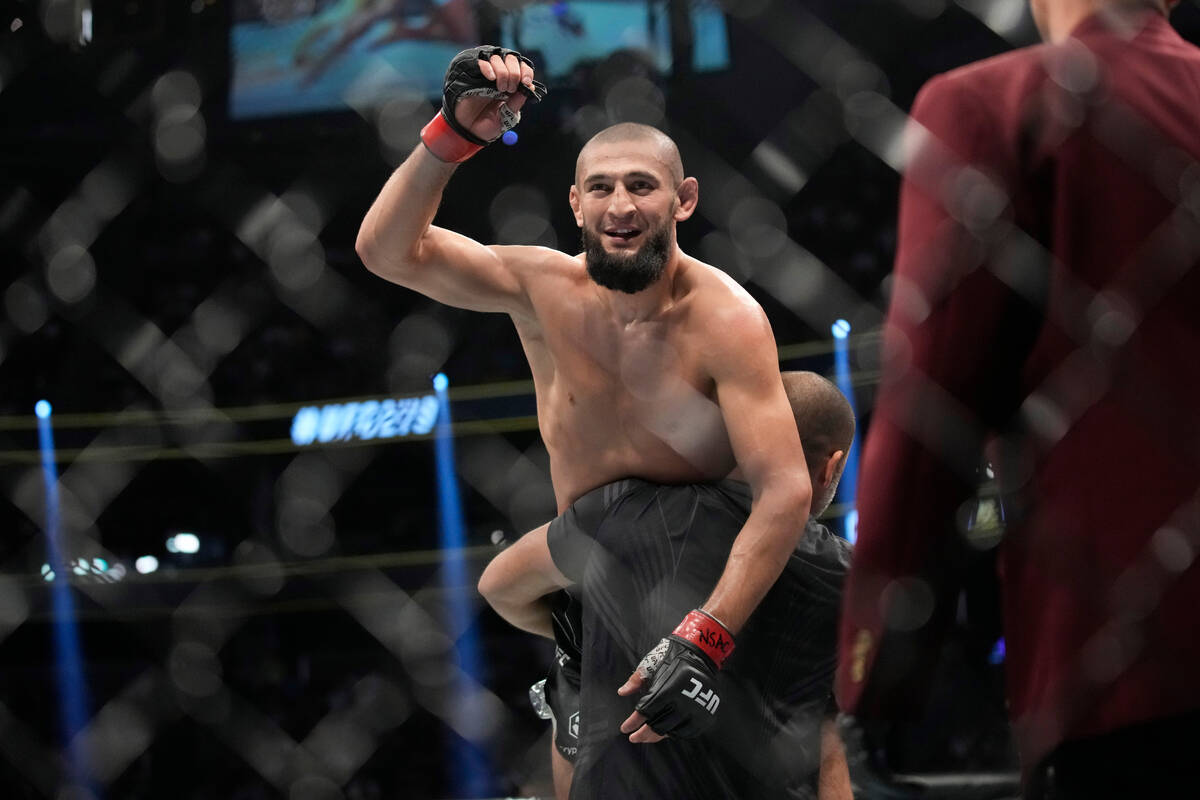 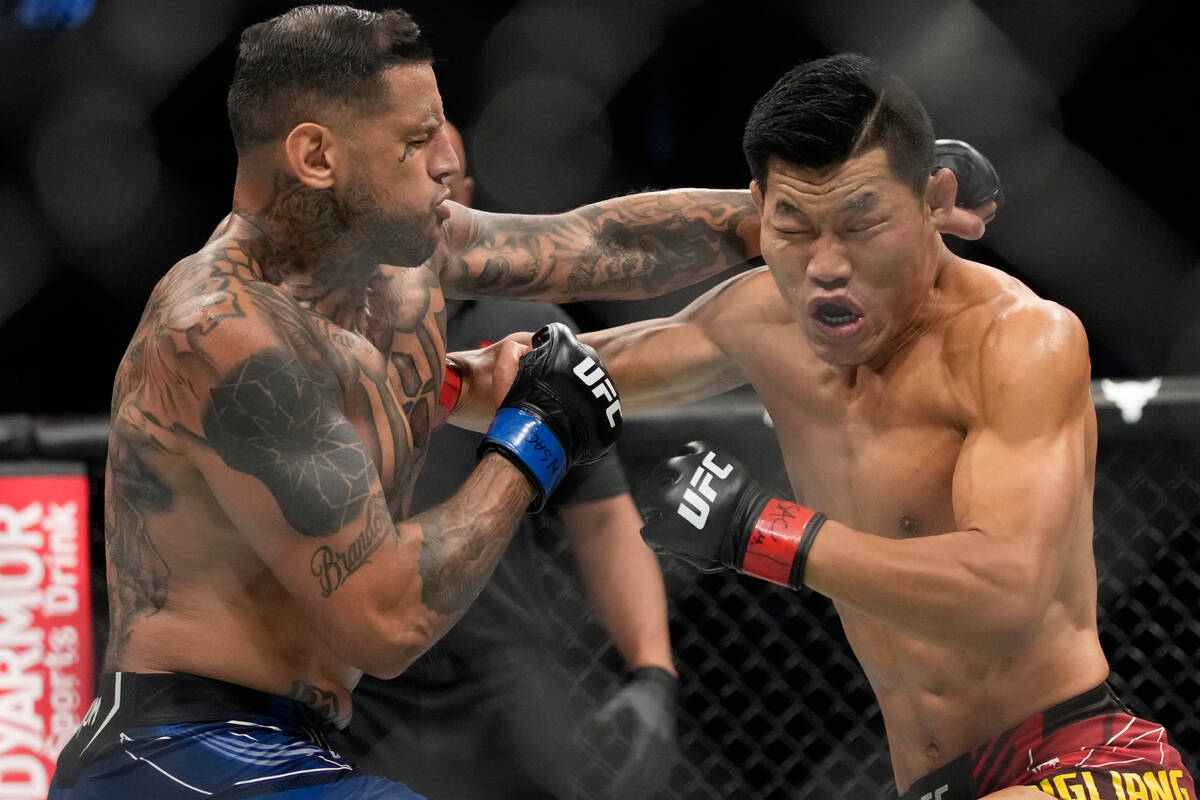 Nate Diaz and Khamzat Chimaev arrived in Las Vegas expecting to fight each other in the main event of UFC 279 on Saturday at T-Mobile Arena.

Instead, they took home victories in separate bouts.

After Chimaev missed the weight limit by 7.5 pounds Friday, the top three fights on the card were reshuffled to match up fighters closer in weight.

Diaz remained in the main event and earned a submission victory over welterweight Tony Ferguson at 2:52 of the fourth round when he locked in a guillotine choke as Ferguson shot for a takedown.

Chimaev, who was heavily booed for the transgression on the scales and his cavalier reaction to it, made quick work of Kevin Holland in a 180-pound catchweight bout.

He took down Holland in the opening seconds and was credited with 1:56 of ground control time, never letting him scramble away and eventually locking in a D’Arce choke to force the tap at 2:13 of the first round.

“Khamzat Chimaev is an absolute freak of nature,” UFC president Dana White said of the 28-year-old who improved to 12-0 overall and 6-0 in the UFC.

It’s the fifth time in those six UFC appearances Chimaev has absorbed one or fewer significant strikes.

“Say what now?” Chimaev yelled into the microphone over the boos. “Say something! I’m the most dangerous guy here. I’m coming for everyone. I’ll kill everybody.”

Diaz took much longer to get his victory. The first three rounds featured a great deal of posing, taunting and even Diaz turning his back and resting against the cage to encourage Ferguson to come forward.

When Ferguson finally decided to shoot for a takedown, Diaz locked in the choke and secured the victory.

Diaz said the change in opponent might have helped with the fight-ending sequence. He had spent his training camp preparing for Chimaev’s wrestling, so he had drilled that guillotine off the shot over and over.

The fight was the last on his contract, and Diaz indicated he will test free agency, perhaps even trying his hand at boxing.

“All I know is it’s been a love-hate relationship with UFC for as long as I’ve been in this company, but I love the UFC,” Diaz said. “I want to get out of the UFC for a minute and show all these UFC fighters how to take over and own up another sport. How you’re supposed to do it. Conor McGregor didn’t know how to do it. None of these other fighters know how to do it. I’m going to go out there, take over another profession and become the best at that.

“Show everybody I’m the best at that, and then I’m going to be right back to get another UFC title.”

Ferguson was scheduled to fight Li Jingliang, who instead lost a split decision to Holland’s original opponent, Daniel Rodriguez.

Irene Aldana won for the fourth time in five fights and could be on the verge of a women’s bantamweight title shot, as she knocked out Macy Chiasson with an upkick to the body.

Aldana dominated the first round and nearly secured multiple submissions before landing a series of shots until the bell rang. Chiasson answered back in the second to set up a decisive final round.

Aldana was on her back and landed a kick to the body that dropped Chiasson and caused brief confusion in the arena before replays showed the perfectly placed shot.

Johnny Walker kicked off the main card by surviving early trouble before submitting Ion Cutelaba with a rear-naked choke late in the first round.

It was an important victory for Walker, a former contender who had dropped four of his past five fights.

Heavyweight Chris Barnett woke up the crowd after a few underwhelming preliminary card bouts by scoring a second-round knockout despite suffering gruesome-looking damage to his eye and jaw in a wild first round.

Barnett, who missed the heavyweight limit of 266 pounds Friday, performed his trademark front flip onto his backside in the middle of the cage before dancing, much to the delight of the fans.

Then, as he danced his way back to the locker room, he chugged from two $17 beers handed to him by a spectator.

Also on the preliminary card, Las Vegan Julian Erosa won all three rounds over Hakeem Dawodu in a bout contested at a catchweight of 149.5 pounds.