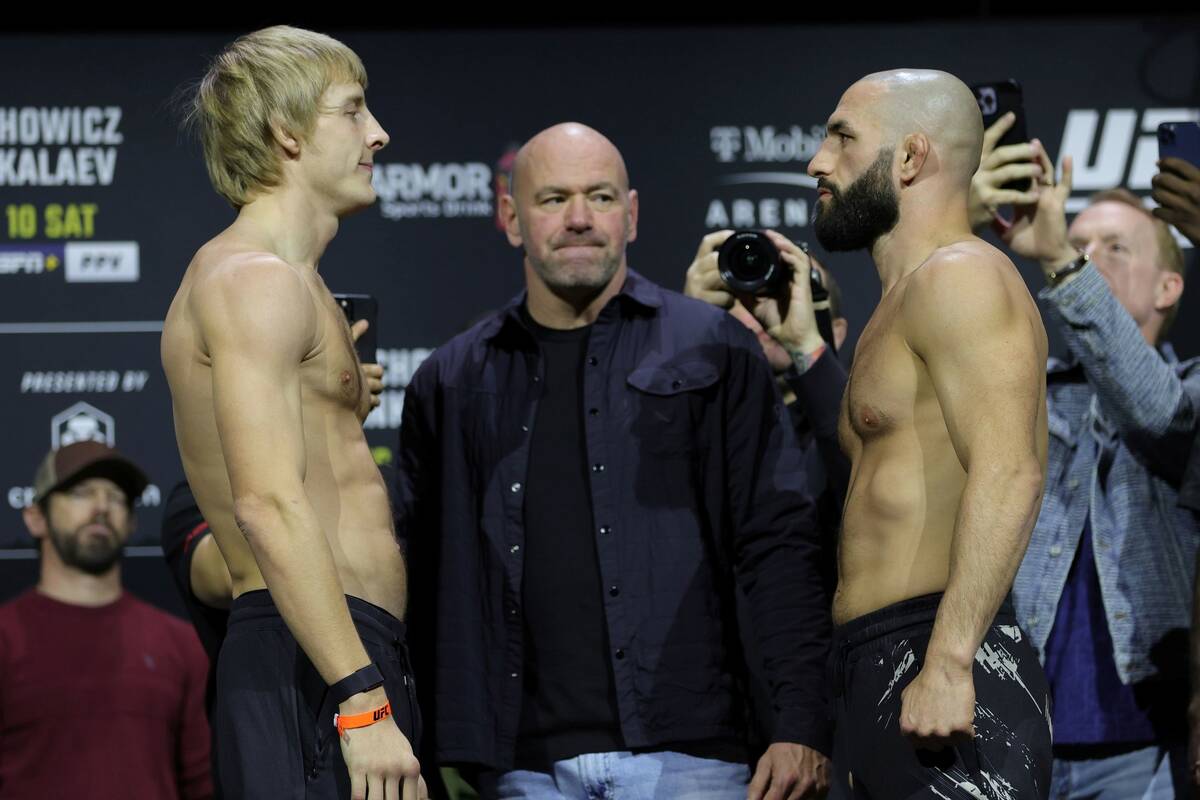 Paddy Pimblett of England, left, and Jared Gordon face off during the UFC 282 ceremonial weigh-in at the MGM Grand Garden on Friday, Dec. 9, 2022 in Las Vegas, Nevada. (Carmen Mandato/Zuffa LLC via Getty Images) 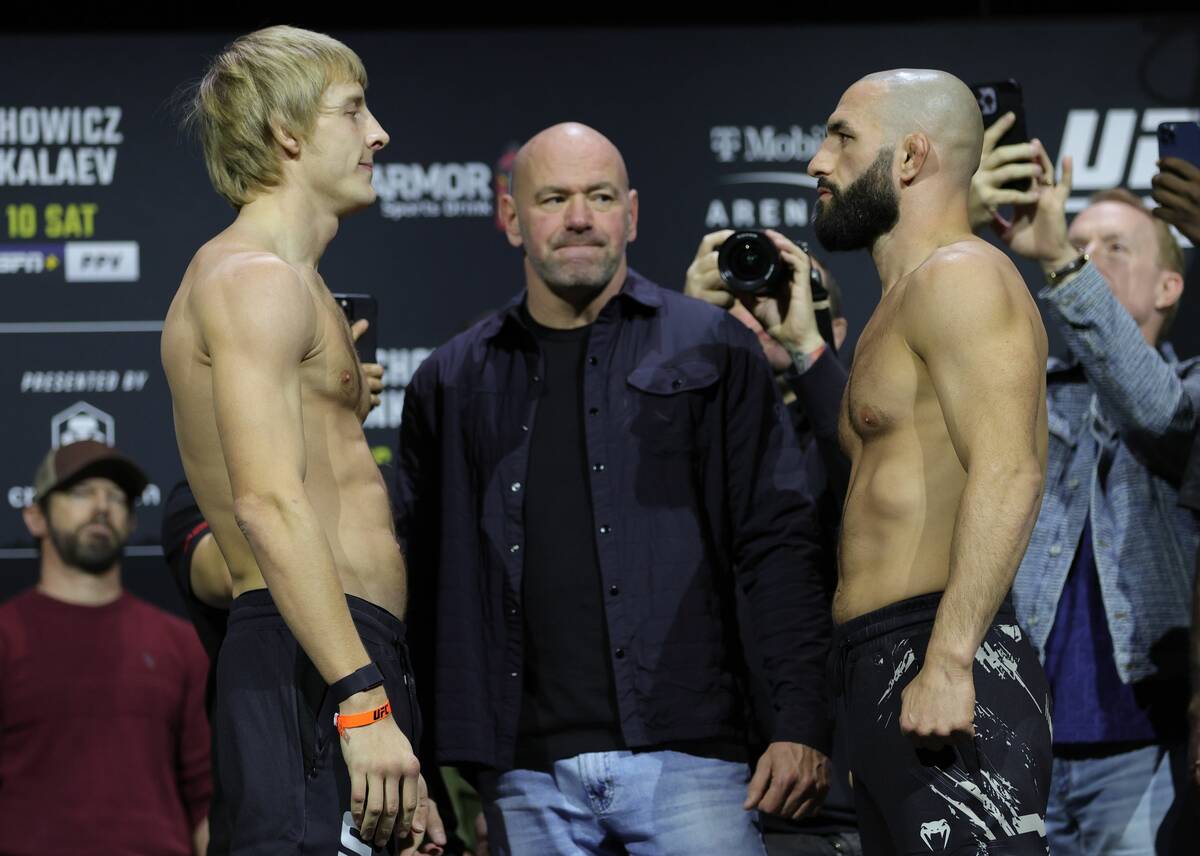 Paddy Pimblett of England, left, and Jared Gordon face off during the UFC 282 ceremonial weigh-in at the MGM Grand Garden on Friday, Dec. 9, 2022 in Las Vegas, Nevada. (Carmen Mandato/Zuffa LLC via Getty Images)

Whether rising star Paddy Pimblett deserves his placement in the co-main event of Saturday night’s UFC 282 card at T-Mobile Arena has been a point of contention among some fans and fellow fighters.

He’s not going to let that stop him from making the most of the opportunity.

Pimblett has stepped up his adherence to the Conor McGregor blueprint for fame and fortune this week ahead of his starring role on the pay-per-view card against veteran lightweight Jared Gordon.

From the bombastic self-promotion to the attacks on the media and even a tinge of racism, Pimblett’s popularity has already risen to new heights in the buildup to this fight.

Now he knows he must add the final ingredient to the formula and win on the biggest stages. “The Baddy” hopes to continue doing that when he puts his five-fight winning streak on the line against Gordon, who previously lost to former champion Charles Oliveira.

“I’m just different, know what I mean?” Pimblett said. “Charles finished him in the first round and I aspire to be champion one day, so I need to do the same thing. Otherwise I’ll be disappointed. But you can’t prepare to fight me, lad. You can’t get a sparring partner that can come in and spar like me. I’ve got weird striking, weird wrestling, and weird jiu-jitsu. I’m a little weirdo.”

Even though Pimblett has drawn the vast majority of attention on the card, the fight at the top of the marquee is a light heavyweight title bout between Magomed Ankalaev and former champ Jan Blachowicz for the vacant belt.

The bout was hastily arranged last month as a replacement for the original main event pitting former champ Glover Teixeira against then-champion Jiri Prochazka. That was scrapped when Prochazka suffered a shoulder injury that will keep him on the shelf for an extended period of time and he vacated the belt.

Teixeira declined a bout against Ankalaev and was removed from the card completely, leaving Blachowicz to take on Ankalaev and moving Pimblett’s matchup higher on the docket.

“I was the people’s main event anyway,” said Pimblett, whose fight is trending far ahead of the main event on social media. “But obviously being co-main event is a privilege, so I can’t wait to put on a show for everyone. I know a lot of people are there only to watch me.

“I feel sorry for half of the other people on the card because all the attention is gonna be on me. What can I say?”

He saw an escalation of his feud with featherweight Ilia Topuria during Thursday’s news conference, even though Topuria is slated to fight Bryce Mitchell on Saturday. The conflict dates back to early 2021 when Pimblett called Georgians “stupid” on social media, adding it’s “no wonder the Russians terrorize their lives.”

Topuria and Pimblett came to blows in a hotel lobby in London and Pimblett fired a bottle of hand sanitizer at Topuria in the exchange.

“I haven’t seen him all week,” Pimblett said Thursday. “The UFC has kept us apart because when I saw him last time, he got a hand sanitizer bottle bounced off his pod. Little nit! Hand sanitizer booooyyy!”

Behind the bravado, the 27-year-old Liverpool native can fight. He is 3-0 since signing with the UFC with three stoppage victories and three performance-of-the-night bonuses.

He has a big chance to take the next step in the division and continue to build his star-power on the 7 p.m. pay-per-view card.