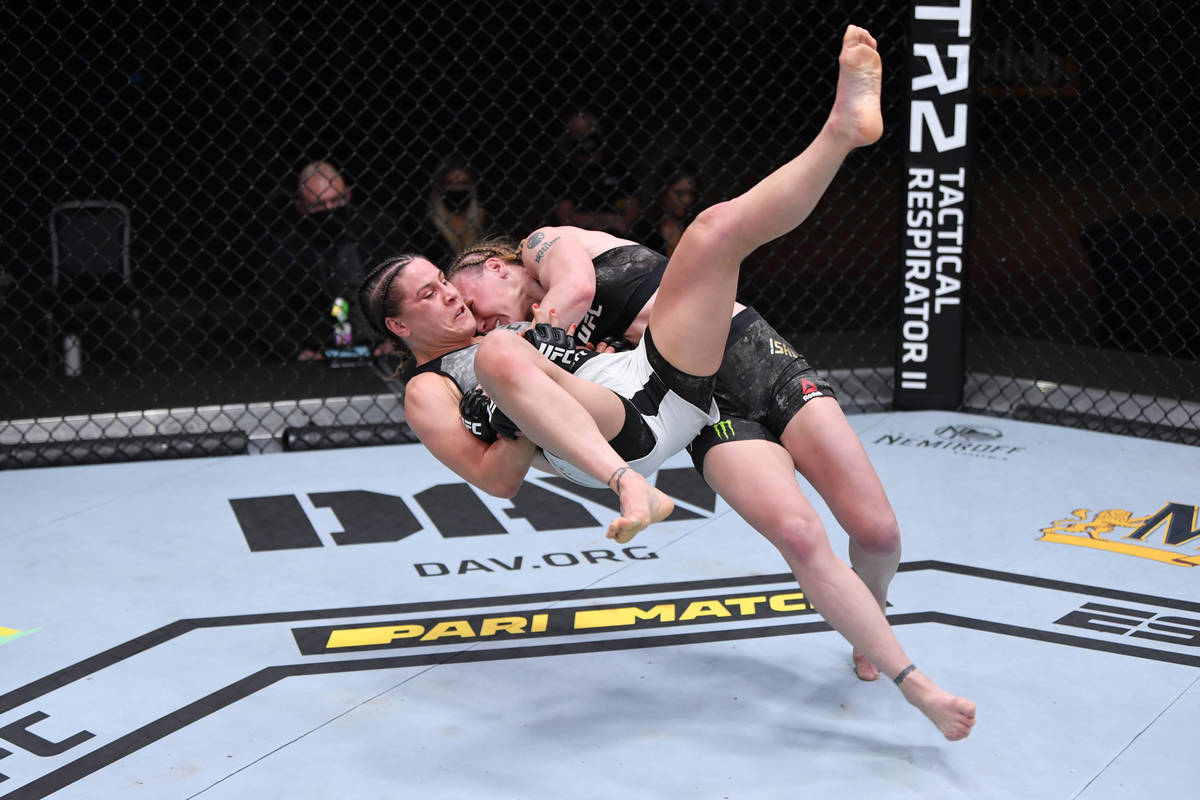 (R-L) Valentina Shevchenko of Kyrgyzstan takes down Jennifer Maia of Brazil in their women's flyweight championship bout during the UFC 255 event at UFC APEX on November 21, 2020 in Las Vegas, Nevada. (Photo by Jeff Bottari/Zuffa LLC via Getty Images) 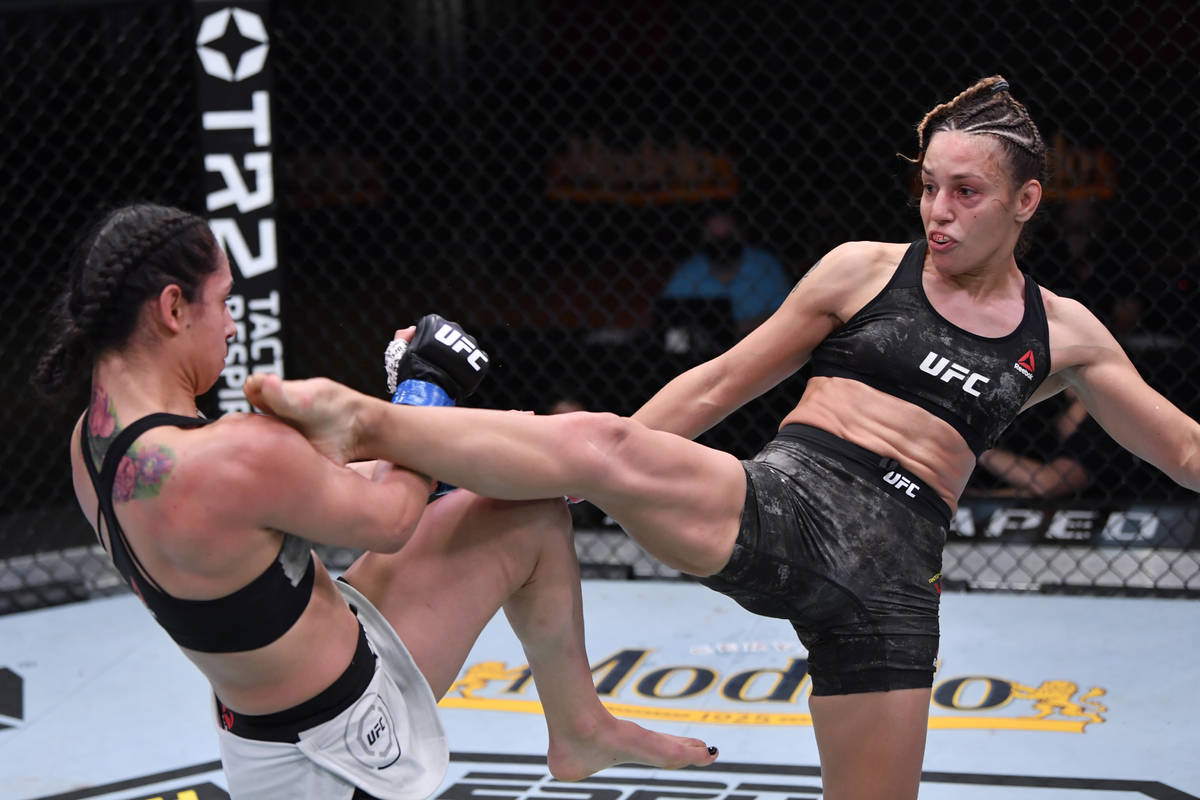 (R-L) Antonina Shevchenko of Kyrgyzstan kicks Ariane Lipski of Brazil in their women's flyweight bout during the UFC 255 event at UFC APEX on November 21, 2020 in Las Vegas, Nevada. (Photo by Jeff Bottari/Zuffa LLC) 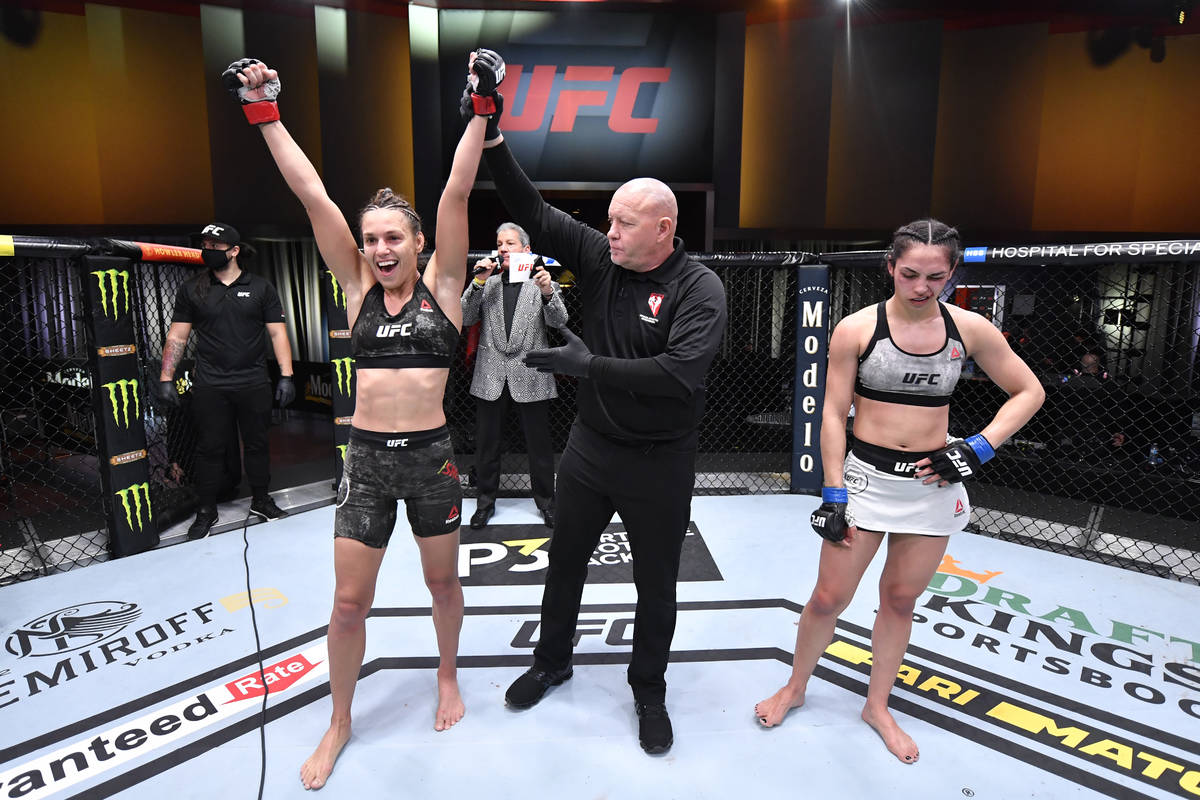 (L-R) Antonina Shevchenko of Kyrgyzstan celebrates her TKO victory over Ariane Lipski of Brazil in their women's flyweight bout during the UFC 255 event at UFC APEX on November 21, 2020 in Las Vegas, Nevada. (Photo by Jeff Bottari/Zuffa LLC) 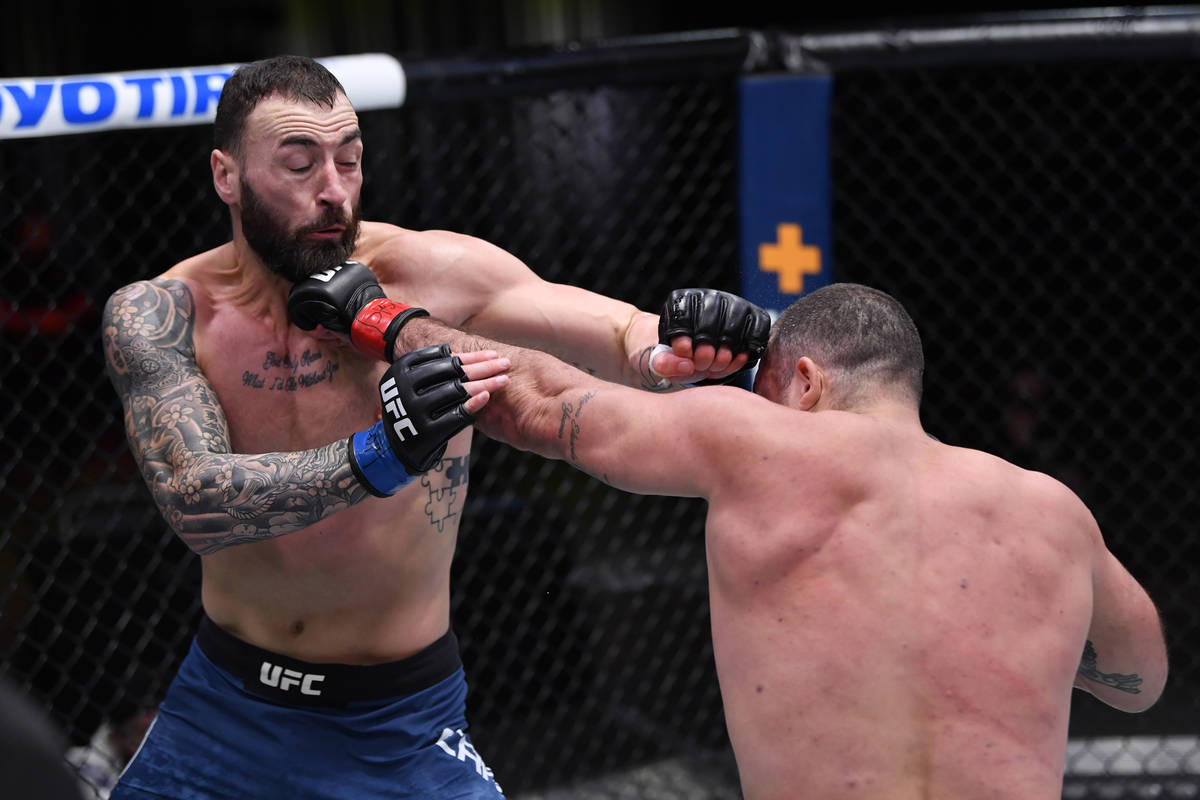 (R-L) Mauricio 'Shogun' Rua of Brazil and Paul Craig of Scotland exchange punches in their light heavyweight bout during the UFC 255 event at UFC APEX on November 21, 2020 in Las Vegas, Nevada. (Photo by Jeff Bottari/Zuffa LLC via Getty Images) 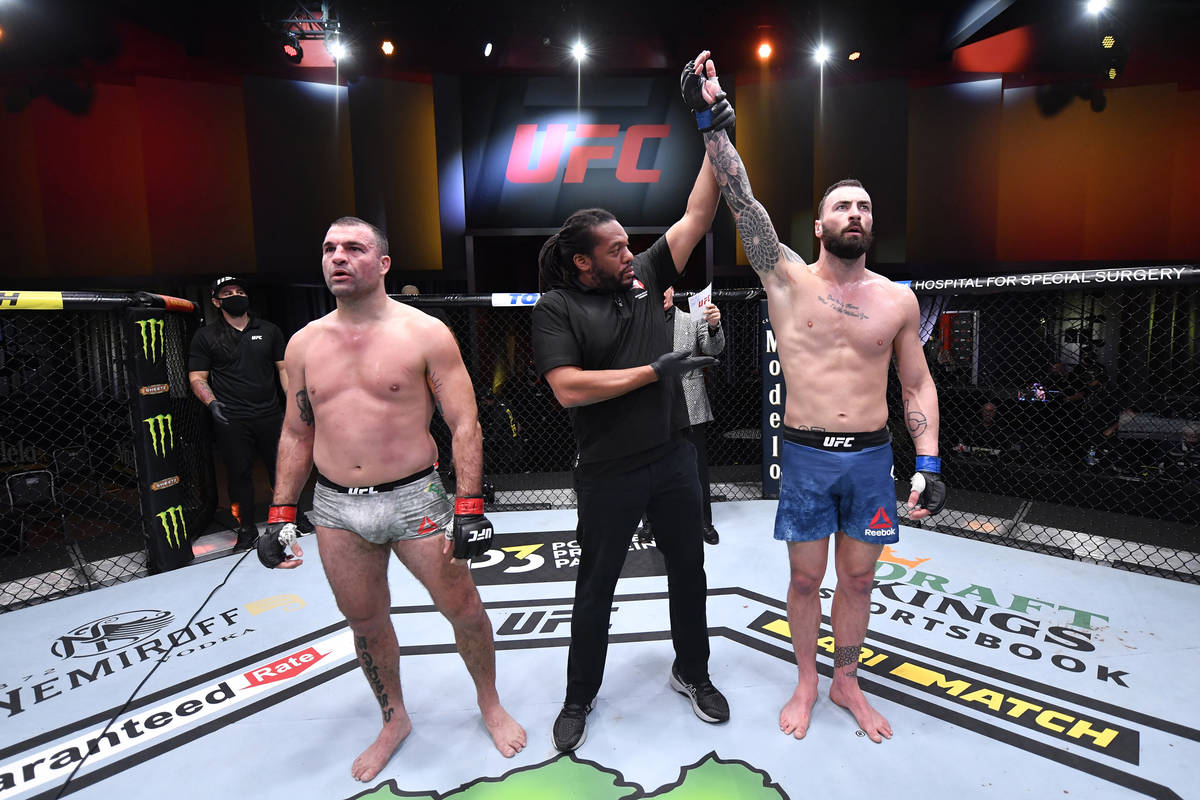 (R-L) Paul Craig of Scotland celebrates his victory over Mauricio 'Shogun' Rua of Brazil in their light heavyweight bout during the UFC 255 event at UFC APEX on November 21, 2020 in Las Vegas, Nevada. (Photo by Jeff Bottari/Zuffa LLC) 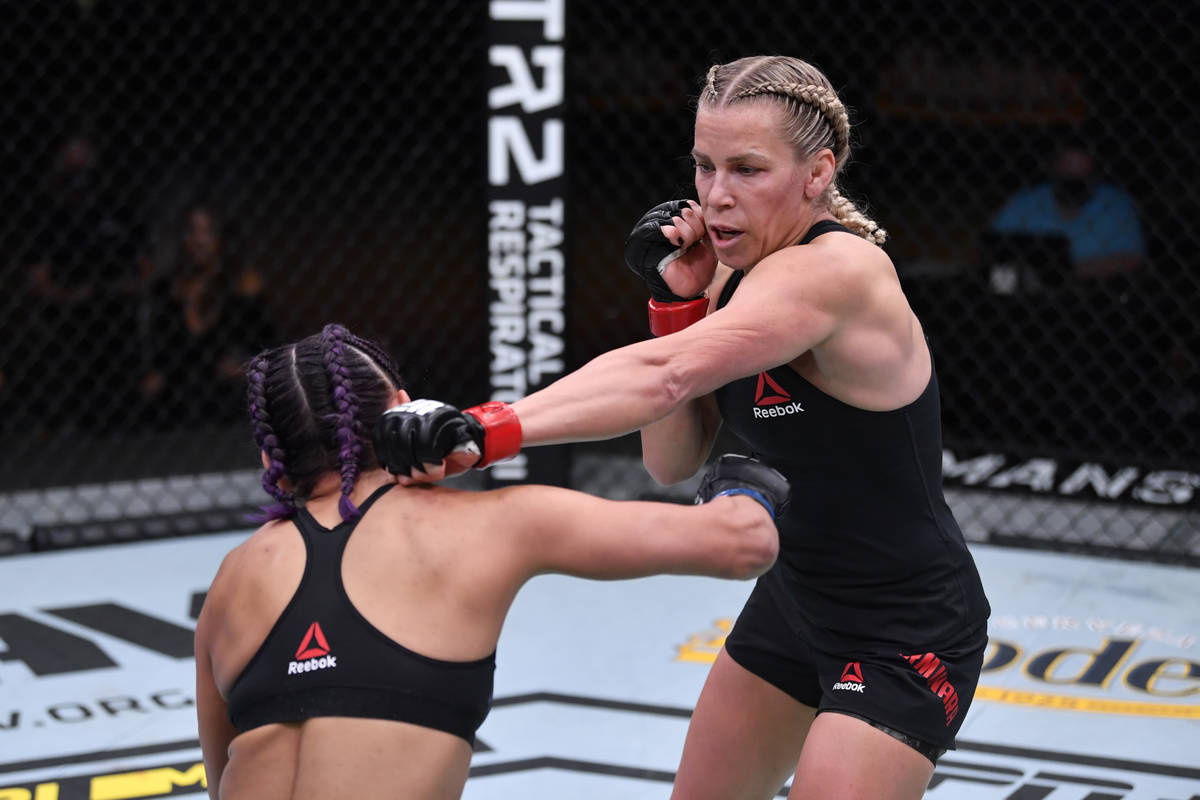 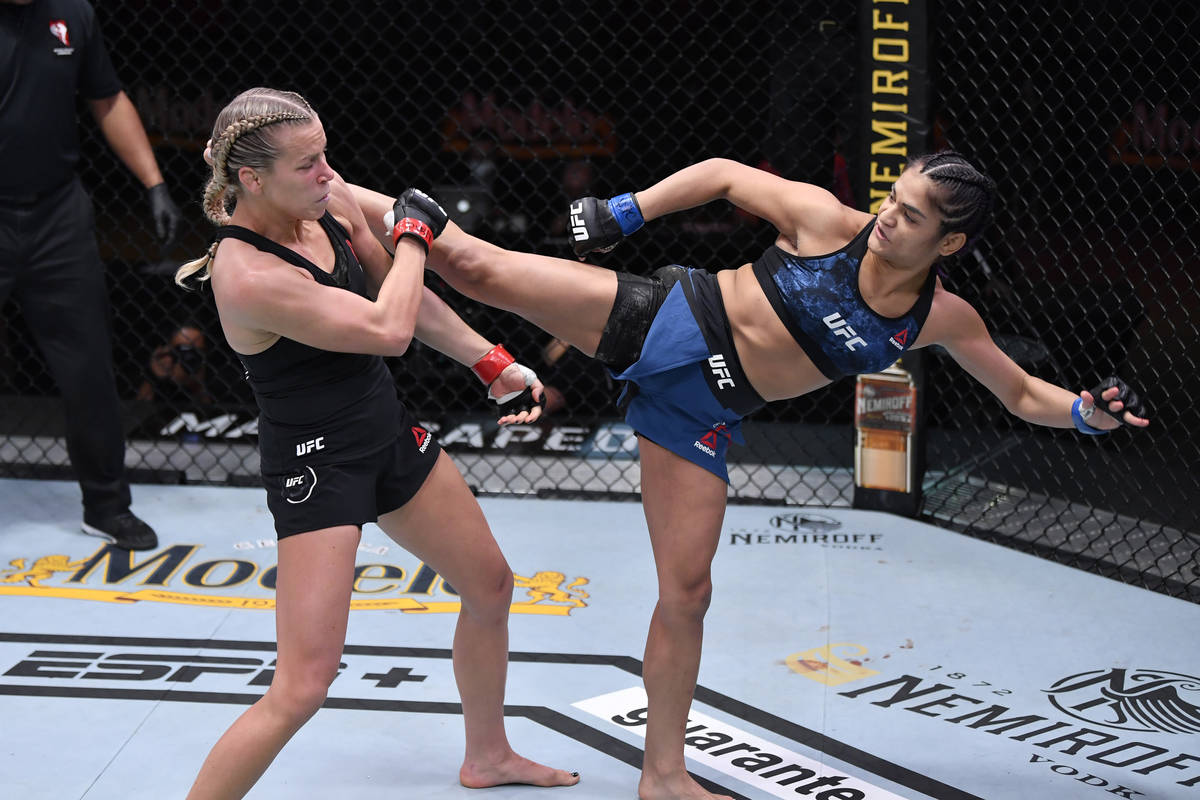 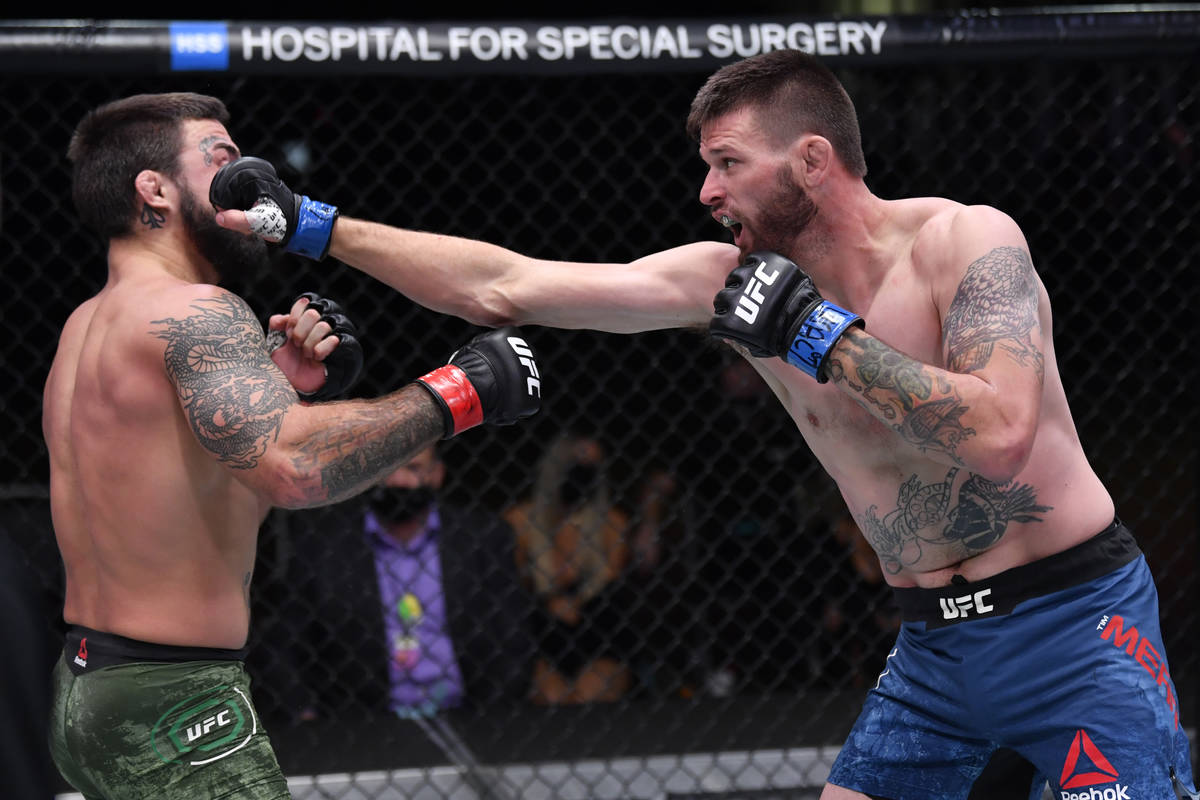 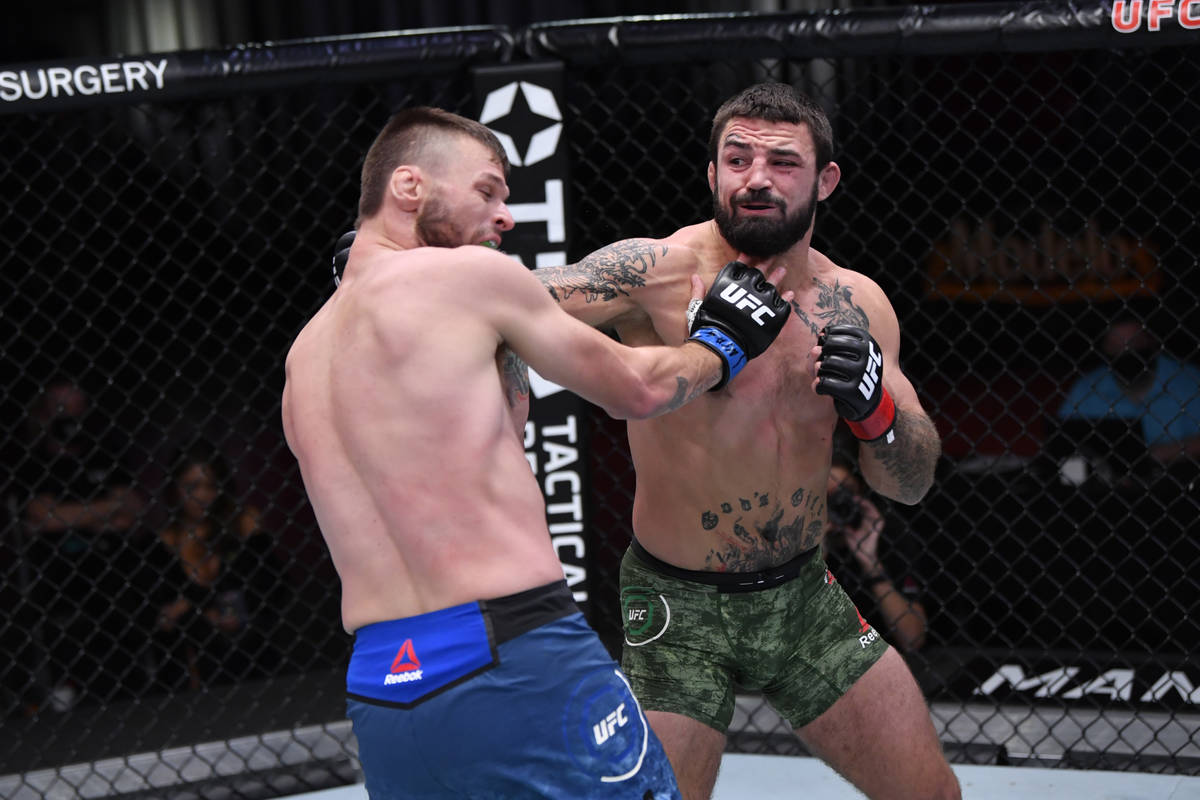 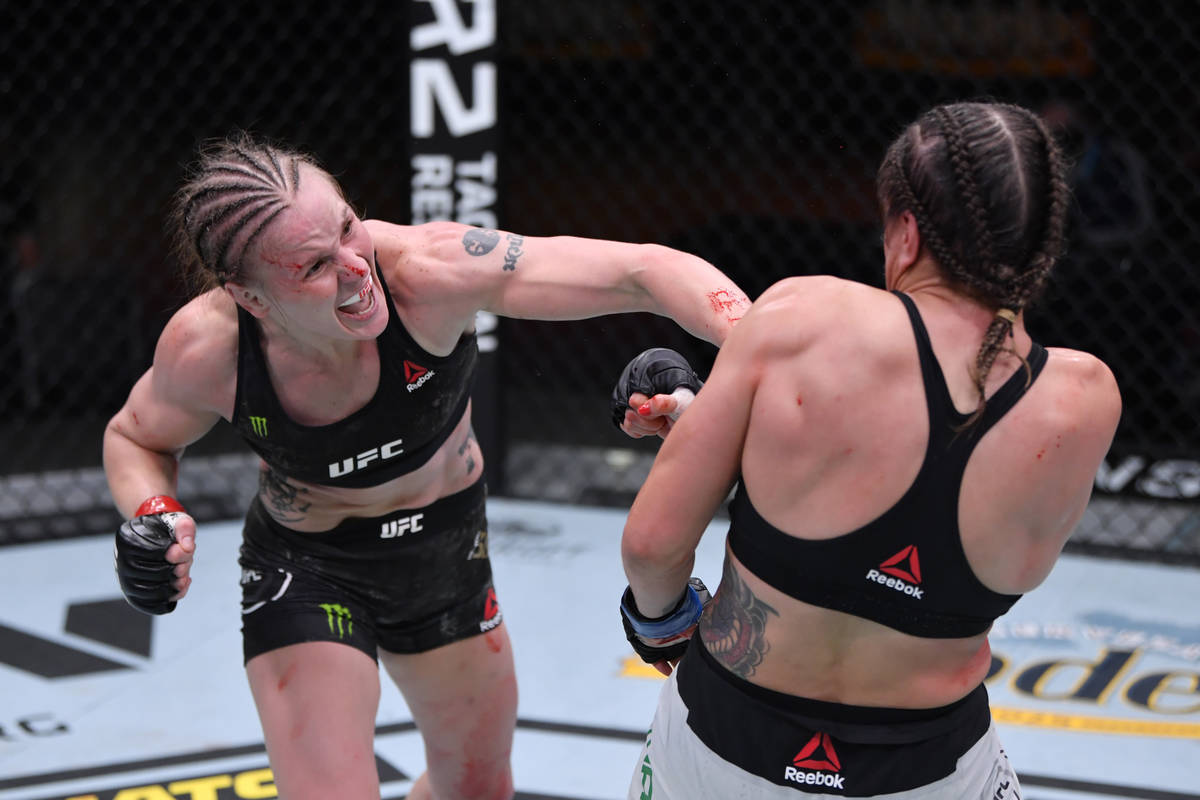 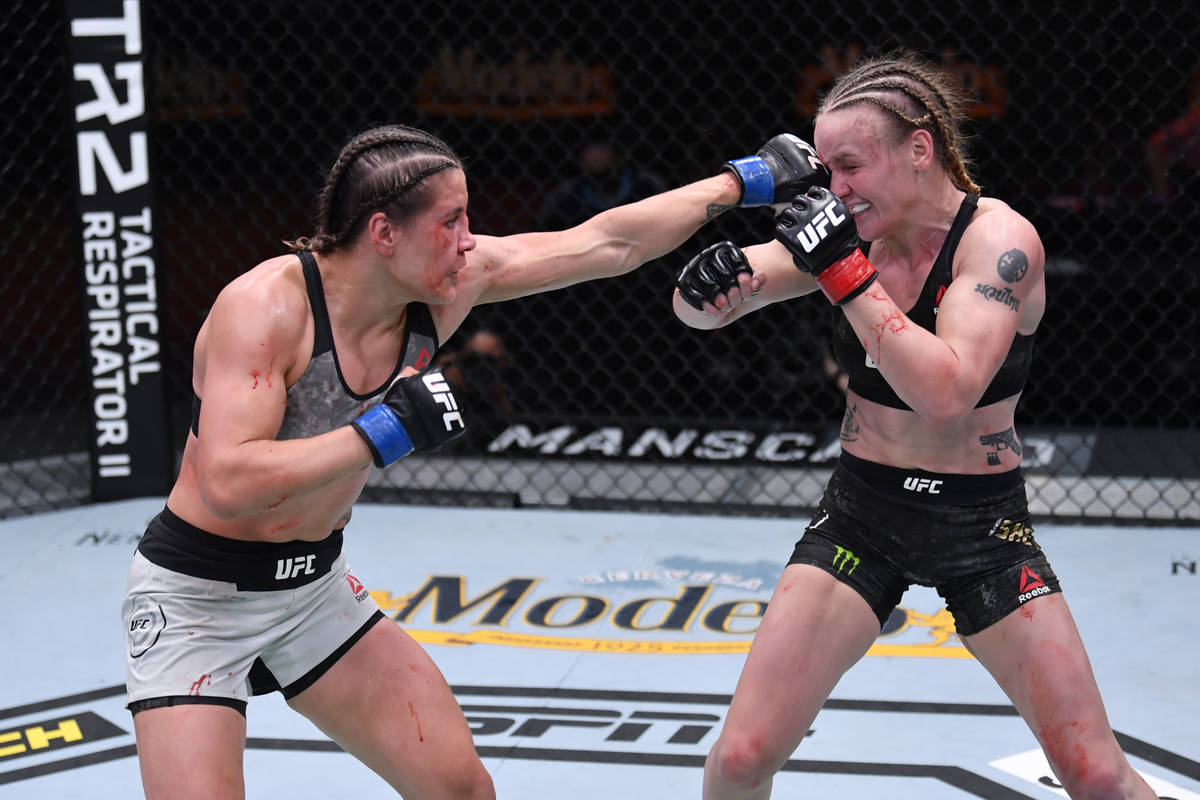 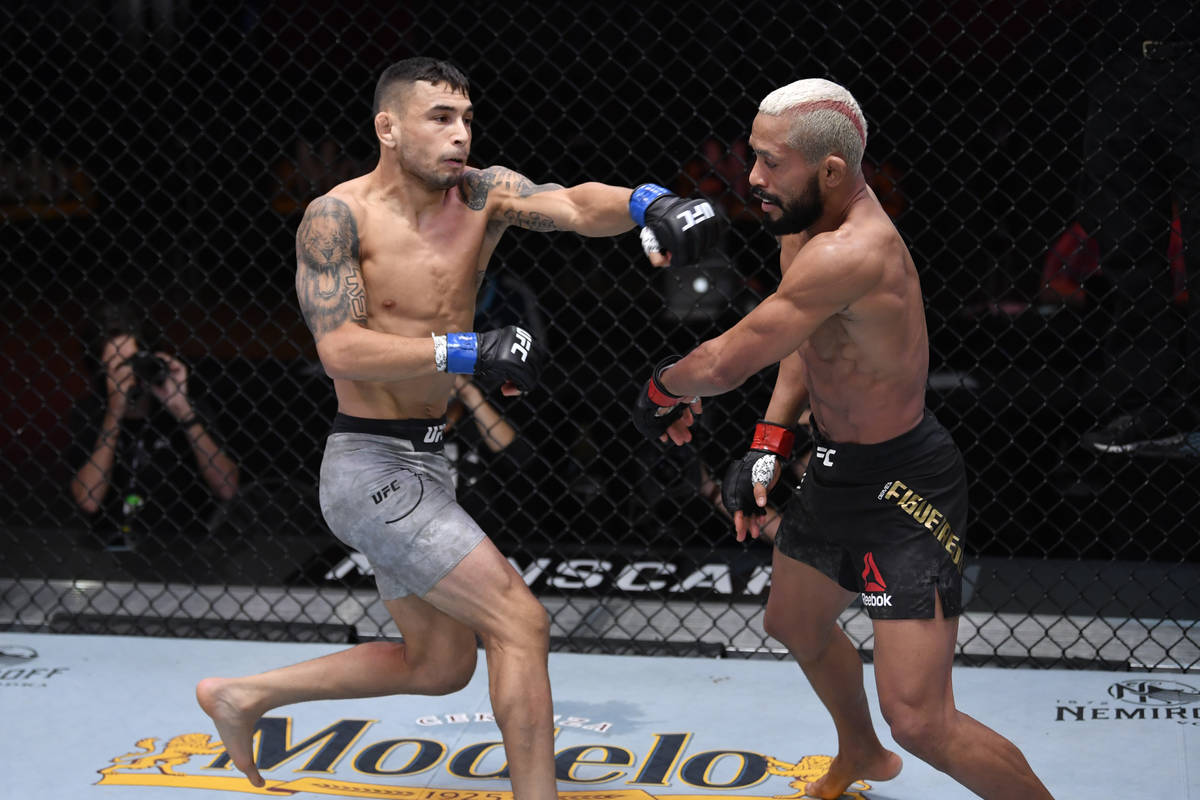 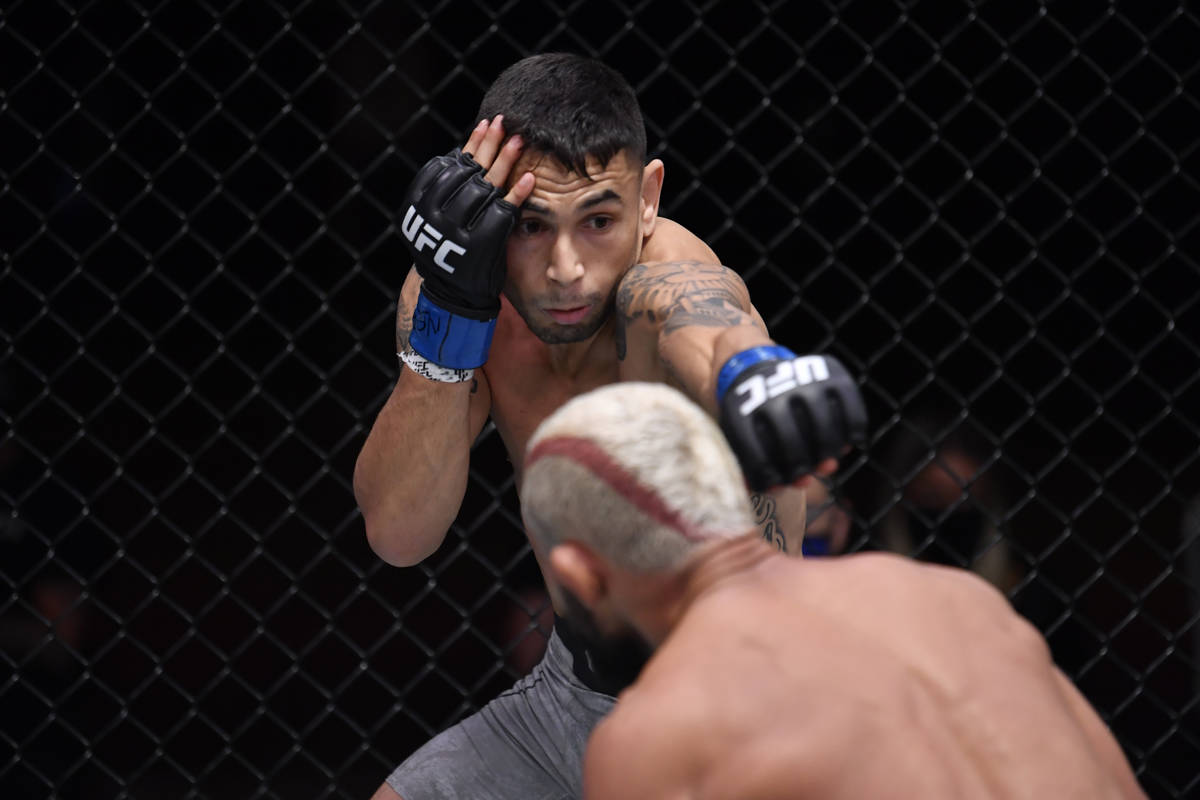 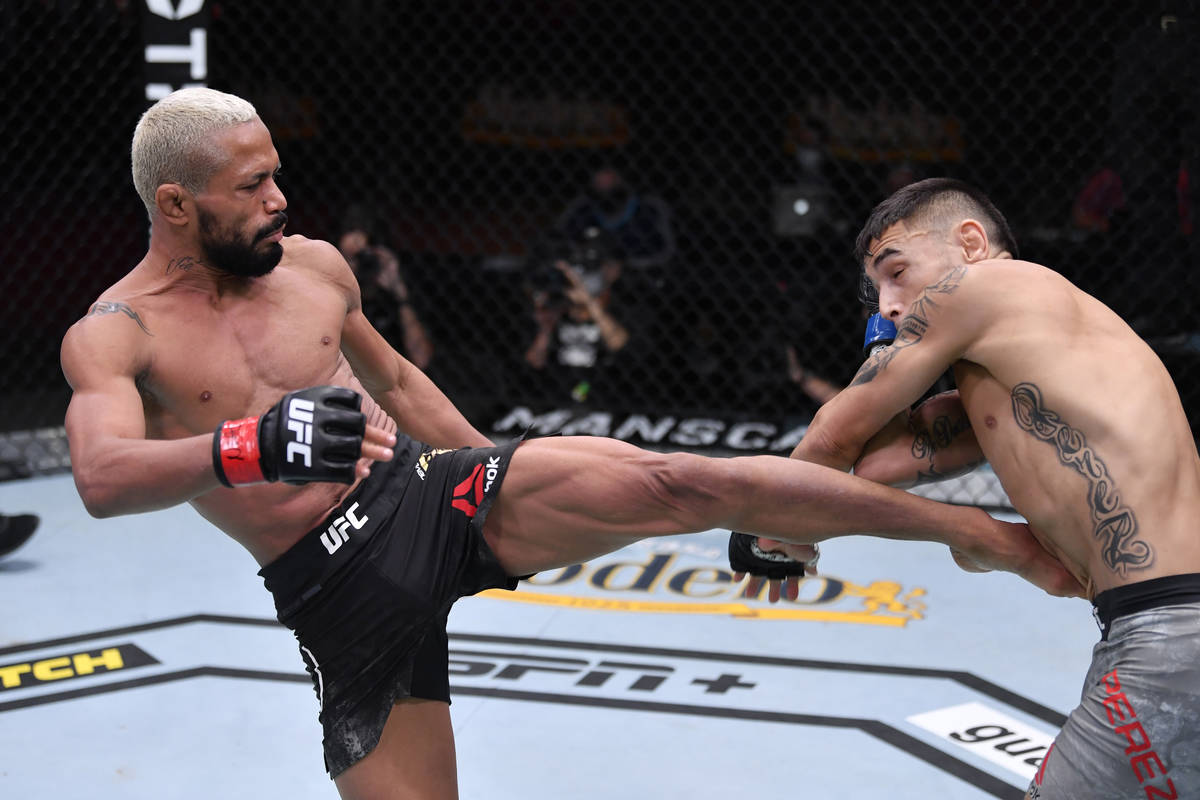 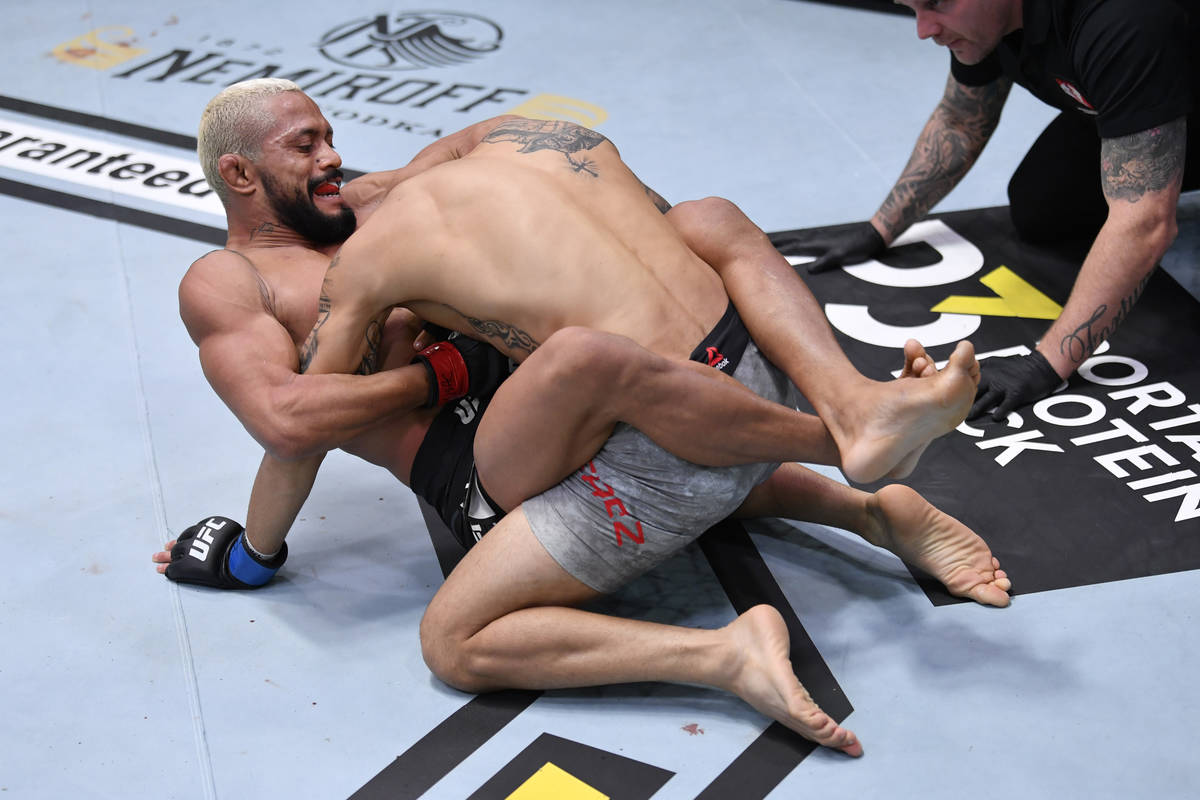 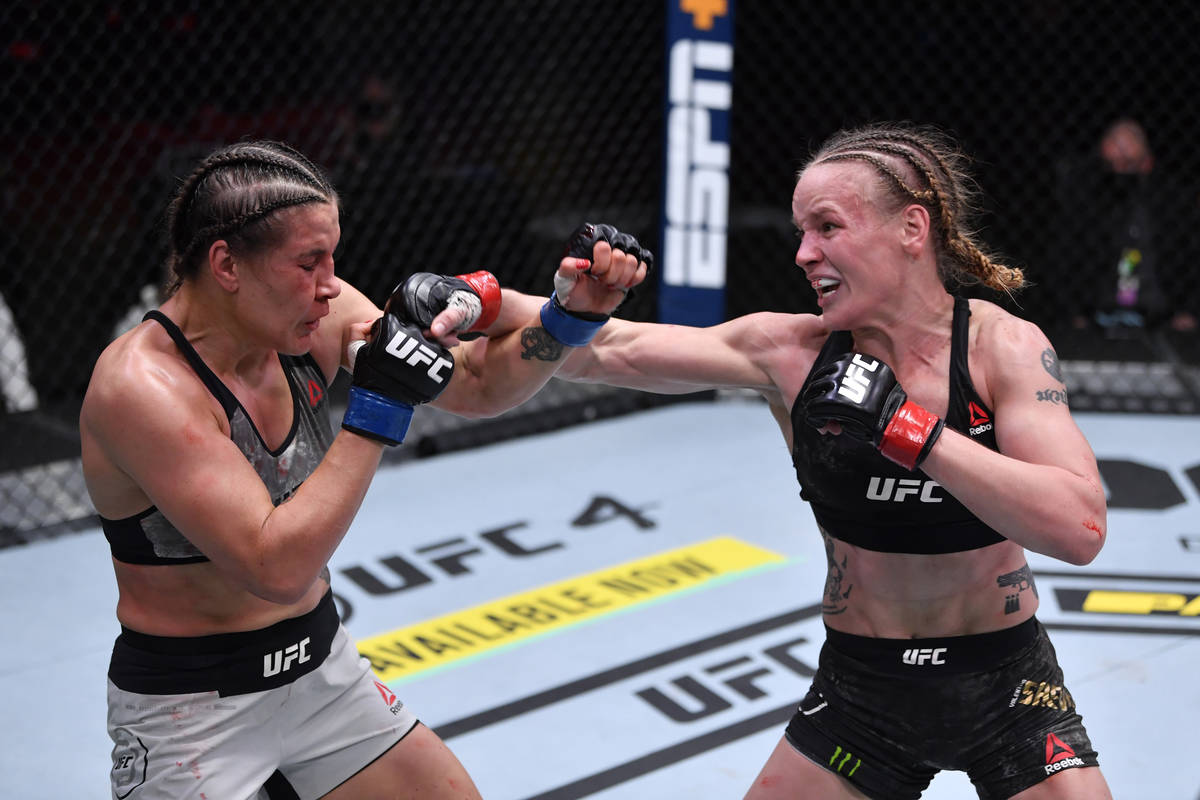 Antonina Shevchenko was happy she got her work done early Saturday night to set the stage for her more famous little sister at UFC 255 at the Apex.

Valentina Shevchenko took the torch and ran with it, retaining the women’s flyweight title by unanimous decision over Jennifer Maia as the first sisters ever to compete on the same UFC card also became the first to win at the same event.

In the main event, Deiveson Figueiredo locked in a guillotine and forced Alex Perez to tap out less than two minutes into the championship bout to retain the flyweight title.

It’s the first defense of the title he won by submitting Joseph Benavidez in July after Henry Cejudo announced his retirement and vacated the belt.

Figueiredo has five straight wins and is 9-1 since signing with the UFC in 2017.

The Shevchenko sisters enjoyed a sweep of their two fights as they fought on a card together for the first time since their Muay Thai days.

“I had this pressure because a perfect night would only be if we both win,” said Antonina, the No. 15 contender in the flyweight division, after knocking out Ariane Lipski in the second round of a preliminary card bout. “Of course, I had to do my part, but it was good pressure. It’s pressure that motivates you.”

Valentina followed with her fourth successful defense of the flyweight title. She has never lost at 125 pounds, and her only two defeats in 13 fights since returning to MMA in 2013 were to two-division champion Amanda Nunes at 135 pounds.

Maia put up more of a fight than expected against the champion, who was more than a -2,000 favorite at most sportsbooks.

After a dominant first round for the champion, Maia got the better of Shevchenko in the clinch until she took her down and finished the second round in top position.

Maia started the third confidently until two Shevchenko left hands landed flush and led to another takedown. The champion followed a similar formula in the fourth and then closed the fight by opening up her striking game in the final five minutes to take a 49-46 decision on all three cards.

Their victories weren’t the only major successes for the Shevchenko women this past week.

Now her daughters are carrying on her legacy.

Antonina said fighting on the same night allowed them to line up their training camps again, something they often did in their Muay Thai days.

“We were so united,” Antonina said. “We just supported each other every day. Neither of us could think about complaining, because if I complain, what would Valentina think? And if she complains, what would I think? It was such a supportive atmosphere.”

Also on the card, welterweight Tim Means overcame an early takedown to outlast Mike Perry for a unanimous decision.

Katlyn Chookagian, who has a title fight loss to Valentina Shevchenko and a victory over Antonina Shevchenko in 2020, solidified her spot among the top contenders with a unanimous decision over Cynthia Calvillo.

“It’s interesting for me right now because I feel like I’m Valentina’s gatekeeper a little bit, someone has to beat me to fight her, so a lot of girls that are ready to fight her might not take a fight with me, so that’s why I was really happy with Cynthia,” Chookagian said. “She accepted the fight with me, she didn’t have to, she could have taken an easier fight. She took the fight with me, and she knew it was a risk and now it derailed her title train.”

Top flyweight contender Brandon Moreno staked his claim for a shot at the belt with a knockout win over Brandon Royval, The fight was stopped with one second remaining in the first round with Royval taking punches on the mat after suffering an apparent shoulder injury.

Breakout middleweight star Joaquin Buckley, the leading contender for knockout of the year for his spinning back kick of Impa Kasanganay in October, followed that up with a vicious knockout of Jordan Wright.

Buckley said he thinks his style will continue to drive up his popularity.

“We always come forward, but we’re thinking as well,” he said. “It’s just controlled aggression, that’s all it is. Makes me feel good, it’s going to raise up the numbers.” 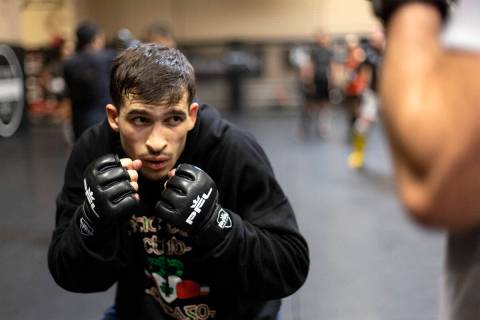 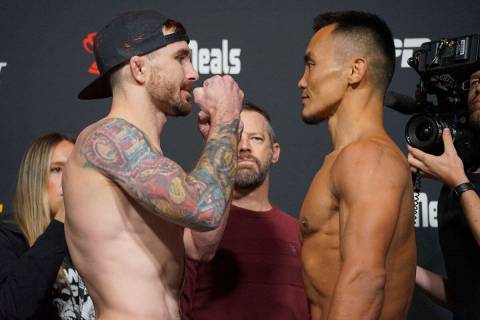 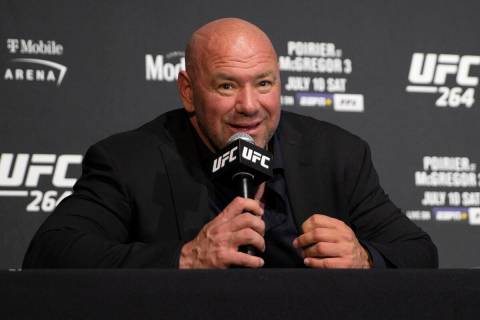