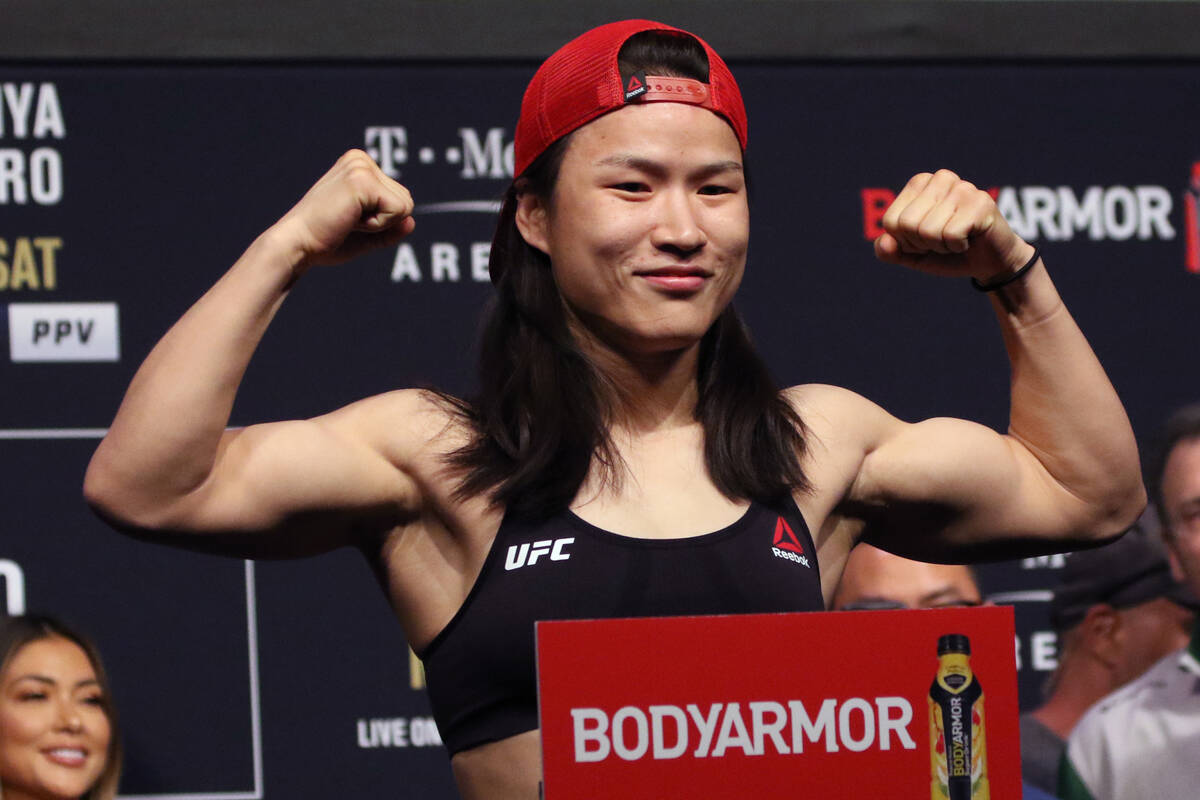 Zhang Weili looked like the next unstoppable force in mixed martial arts, cruising along with 20 straight wins and taking a wrecking ball to the UFC women’s strawweight division.

Then Rose Namajunas kicked her in the head.

Namajunas snapped the streak and captured the 115-pound belt for the second time when two of the sport’s biggest female stars fought in April.

Now they are set for a rematch on one of the biggest stages in all of sports when they take the cage at Madison Square Garden in New York at UFC 268 on Saturday night.

Since losing that fight by knockout in just 78 seconds and suffering the first defeat since her professional debut in 2013, Weili has relocated her training camp from China to Scottsdale, Arizona. She is working with the same coaches who helped make Henry Cejudo a two-division champion.

Namajunas, who is 3-0 in rematches in her career, isn’t worried about what her opponent is doing to prepare.

“I would think that no matter what actually happened with her, that she has to do something different,” Namajunas said Wednesday. “You didn’t get the outcome you wanted. You kind of have to change it up, I guess. I’m just concerned with being the best version of myself.”

That’s worked pretty well for her so far.

The 29-year-old native of Milwaukee, Wisconsin, has won five of her last six fights, five of which have come against champions and former champions.

She also learned from her first title reign that holding the belt wasn’t the pinnacle of her life like she once believed.

At this point in her career, she says she is more process-oriented than goal-oriented and takes more pleasure from performing well and enjoying herself than being recognized as the champion.

“Just to live every day to its fullest,” she said of her goals. “If the belt comes with it, great. If not, I’ll be gardening or farming or whatever. It’s really just enjoying every moment and doing the best I can with what I’ve got and where I’m at.”

The bout between Namajunas and Weili isn’t the only championship rematch on the card.

Welterweight champion Kamaru Usman, a training partner of Namajunas in Colorado, will defend his belt against bitter rival Colby Covington in the main event.

Usman, a winner of 18 straight fights with a 14-0 mark in the UFC, knocked out Covington at T-Mobile Arena in December 2019.

He has the longest active winning streak in the UFC and stands just two victories shy of Anderson Silva’ record of 16 consecutive victories in the organization. He’s also defended every takedown ever attempted against him in the UFC.

After a nasty war of words in the buildup to the first meeting, Usman also broke Covington’s jaw en route to the knockout victory just a minute before the fight went to the judges in the fifth round. Still, he wants more after that bout was relatively close for four rounds.

“I want to make it a little bit more flawless this time around,” Usman said. “For me, the wrong that I want to right from that fight was I fought with emotion. As much emotion I was willing to display is what I fought with, which is why I think I got hit quite a bit – but it was fun. I had fun. That lets you know that I got a little mad man in me too. I don’t mind getting hit.”

He may be a bit tighter with his defense this time around, which is certainly not the forte of another of his teammates on the main card.

Lightweight Justin Gaethje has become one of the most popular fighters in the sport utilizing a style he looks to have learned from watching Rock ‘Em Sock ‘Em Robots.

He should find a willing brawler in former champion Michael Chandler in a bout that will open the pay-per-view broadcast at 7 p.m.

The preliminary card streams on ESPN+ beginning at 3.