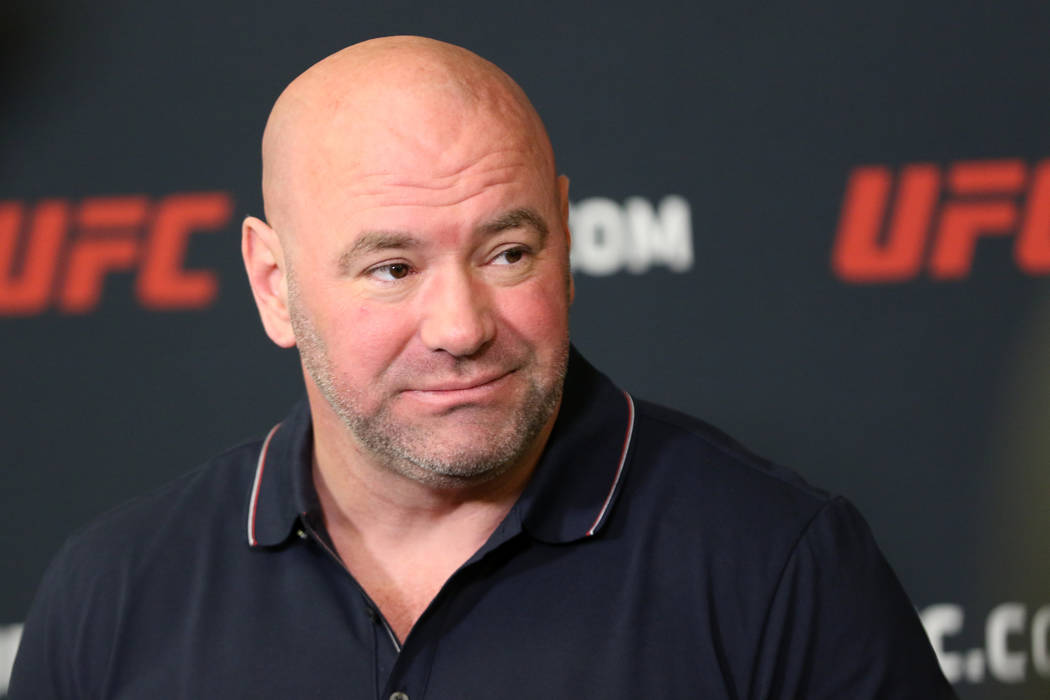 The UFC will host International Fight Week in Las Vegas for the ninth consecutive year in July, the organization confirmed to the Review-Journal on Wednesday.

A full week of activities will be highlighted by UFC 252 on July 11 at T-Mobile Arena.

No bouts have been announced for the card.

There has been speculation that Irish superstar and former two-division champion Conor McGregor will headline the event, but UFC president Dana White said Tuesday he expects McGregor to wait for April’s lightweight title bout between Tony Ferguson and champion Khabib Nurmagomedov before making a decision about his next fight.

The UFC will host its 2020 Hall of Fame Induction Ceremony on July 9 at the Palms, an event that will include the presentation of the inaugural Forrest Griffin Community Award.

The Hall of Fame class has yet to be announced.

The Downtown Las Vegas Events Center will host the UFC Fan Experience on July 10 and 11, a free event featuring meet and greets, autograph sessions and access to UFC stars and luminaries.

Other events, such as open workouts for the fighters on the card, weigh-ins, news conferences, live entertainment and parties at venues throughout the city, are expected to be added to the schedule.

Last year, Godsmack headlined the International Fight Week concert at Hard Rock Hotel and rapper YG played the fight after-party at the Palms with the week wrapping up with a pool party at the same property.

The list of events will be updated at UFCFightWeek.com.