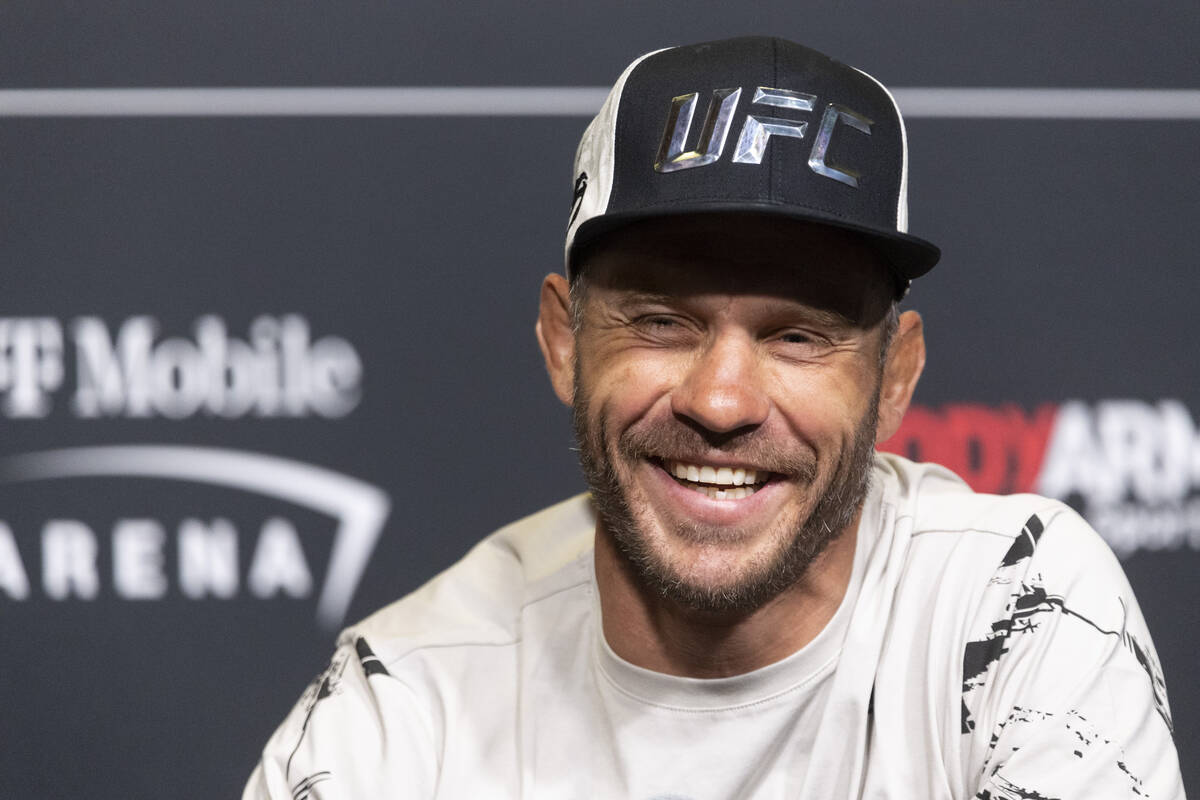 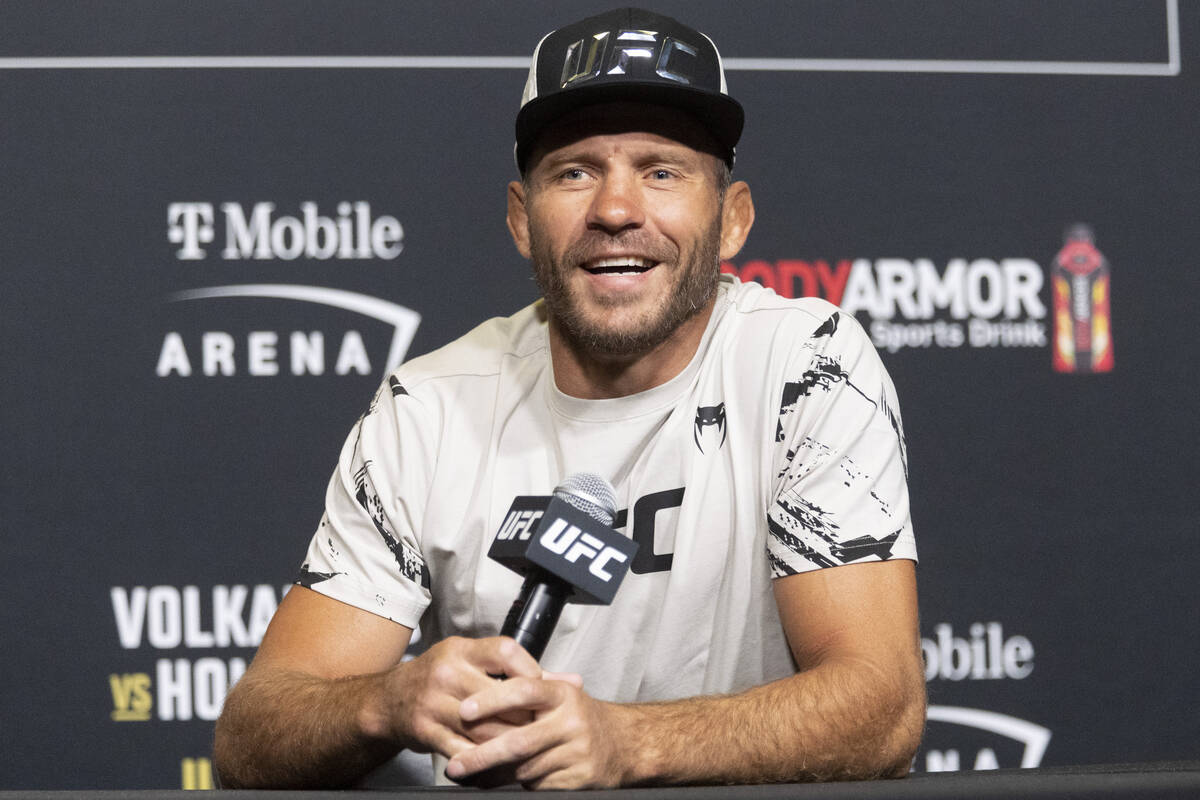 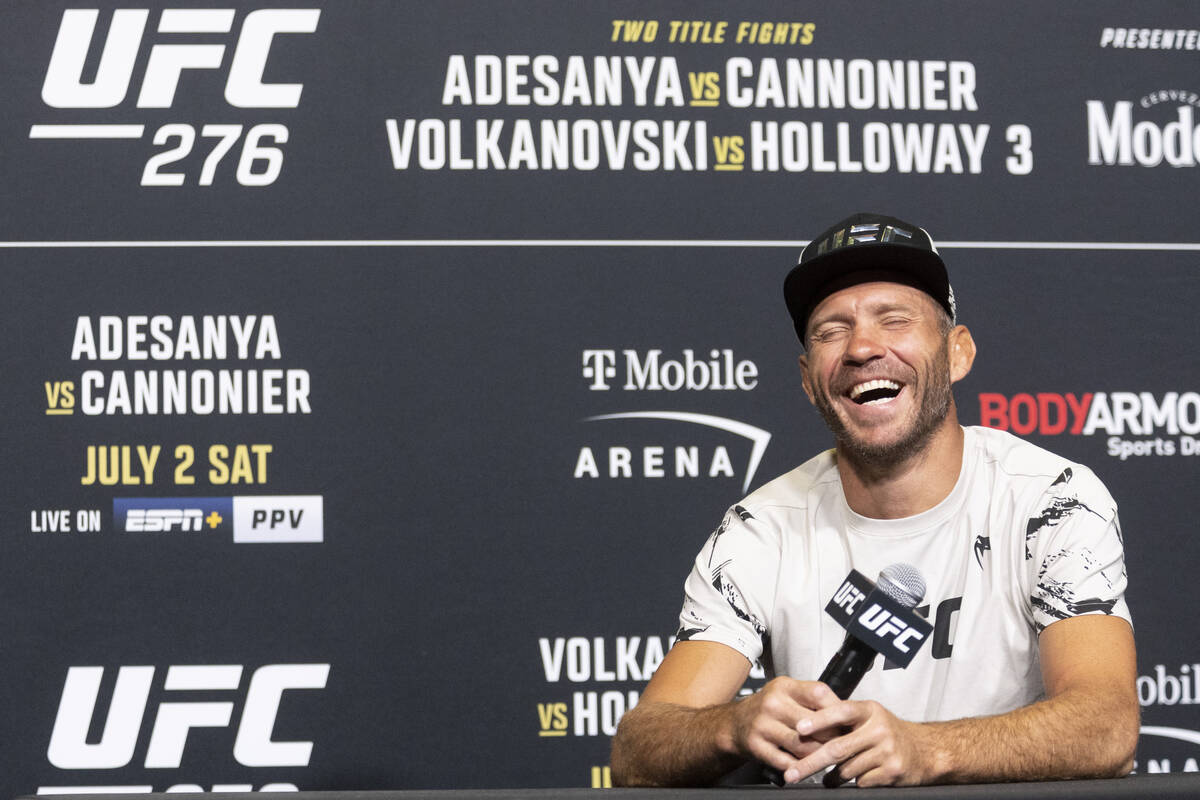 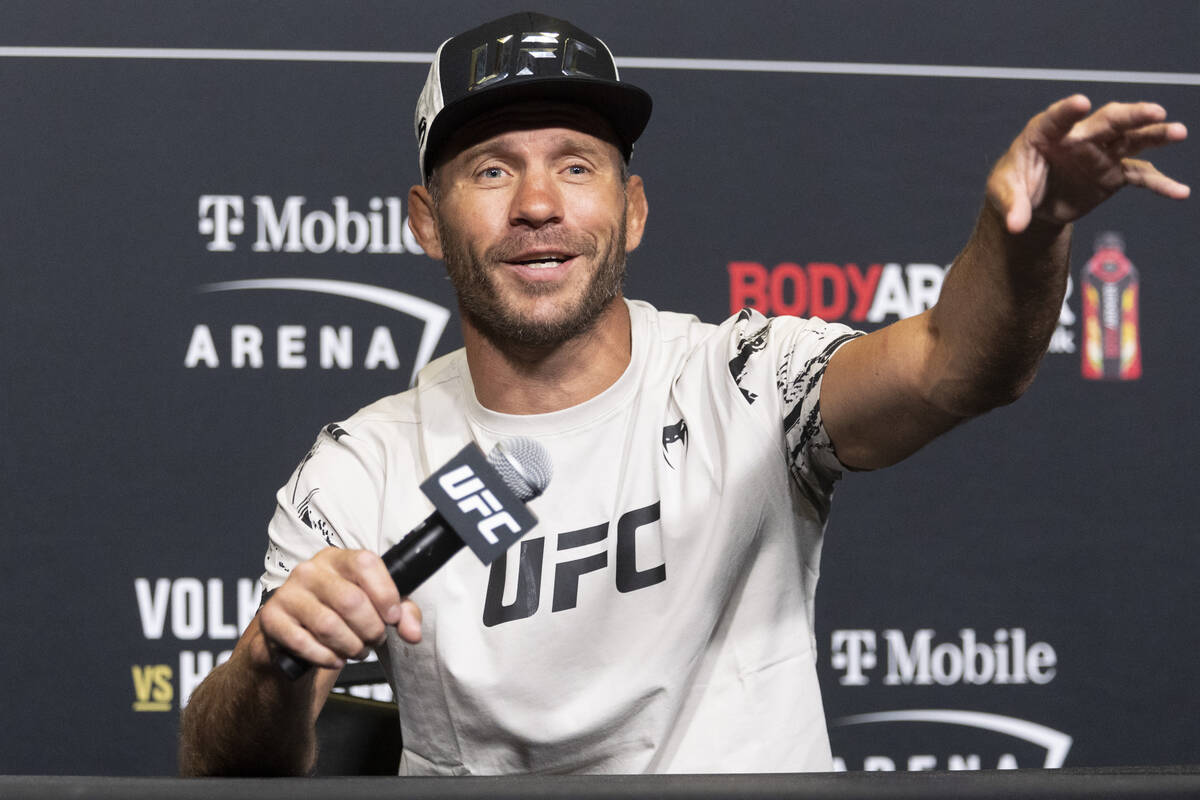 Donald “Cowboy” Cerrone thinks his rematch against Jim Miller is really going to happen Saturday at UFC 276 at T-Mobile Arena.

Still, he joked that he might call his opponent on fight day just to make sure things are going smoothly.

It’s been a strange two months for Cerrone, who thought he had seen just about everything during an illustrious career that spans to 2006.

The 39-year-old, who can become the UFC’s all-time wins leader Saturday, was to face Joe Lauzon in a lightweight bout April 30 only to have the fight moved back a week.

Then Cerrone fell ill on fight day, and the bout had to be rescheduled for June 18. On the day of that fight, Lauzon suffered severe leg cramping and couldn’t compete.

So UFC officials told Cerrone to take time off to recover from back-to-back weight cuts. He immediately went to his favorite retreat at a lake to start drinking beers and eating barbecue. After a couple of days, a spot opened up on Saturday’s pay-per-view card when Bobby Green suffered an injury, and Cerrone agreed to replace him.

He did request the fight at welterweight instead of lightweight, an offer Miller readily accepted.

Both fighters now can enjoy the week and fight without enduring a weight cut, though Cerrone said he still tries to follow his meal plan.

“I want to eat (expletive),” he said. “I love it. I want gas station sushi. That’s what I like. (My nutritionist is) like, ‘No, stick with the plan. Let’s get real food, and then Sunday you can have all the gas station sushi you want.’”

The matchup will air on ABC as part of the preliminary card and offers the chance for Cerrone to break the tie with Miller, 38, and Andrei Arlovski, who all have 23 UFC victories.

“Joe would have been fun, too,” Cerrone said of Lauzon. “But Jim is going to bite down and come play, so it will be fun. And (with the record), it’s like one of those old somebody’s ‘O’ has got to go or whatever.”

Cerrone already has a win over Miller, a second-round head-kick knockout in 2014. While neither has won a title and probably won’t at this point in their careers, both have a chance to further cement their place in UFC history.

“Now in my career, looking back, you can do some of that,” Cerrone said. “I guess we’re like legends or whatever you want to say. It’s fun to fight someone else in that kind of category and set more records. I want to put records where people can’t even touch.”

Although he is on a six-fight winless streak and seeking his first win since May 2019, Cerrone has a record-tying 18 fight-night bonuses and will be fighting for the 49th time under the Zuffa banner, which incorporates his time in the UFC and World Extreme Cagefighting.

He has his sights set on 50, but hinted that he’ll fight as long as the UFC wants him even though there’s not much left to accomplish.

“This is legacy fighting, and that’s what it’s all about now,” Cerrone said.

The preliminary card will start at 5 p.m., followed by the pay-per-view at 7.