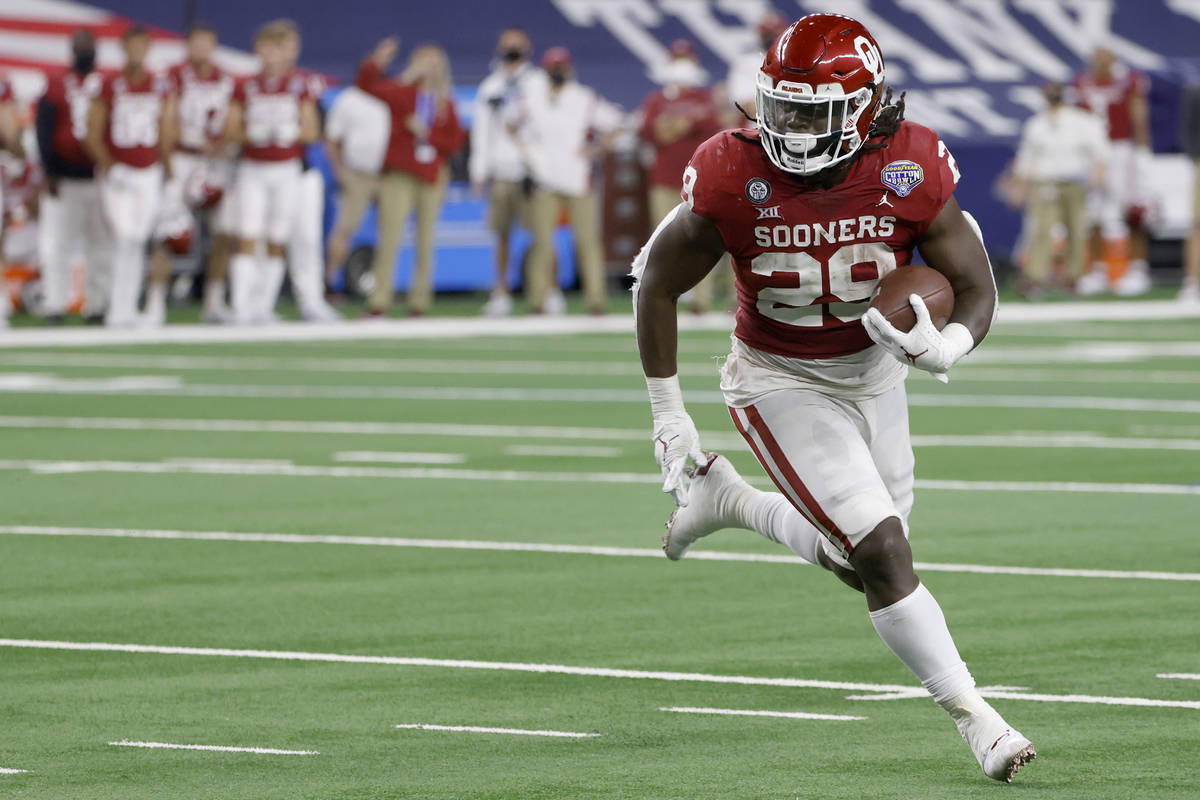 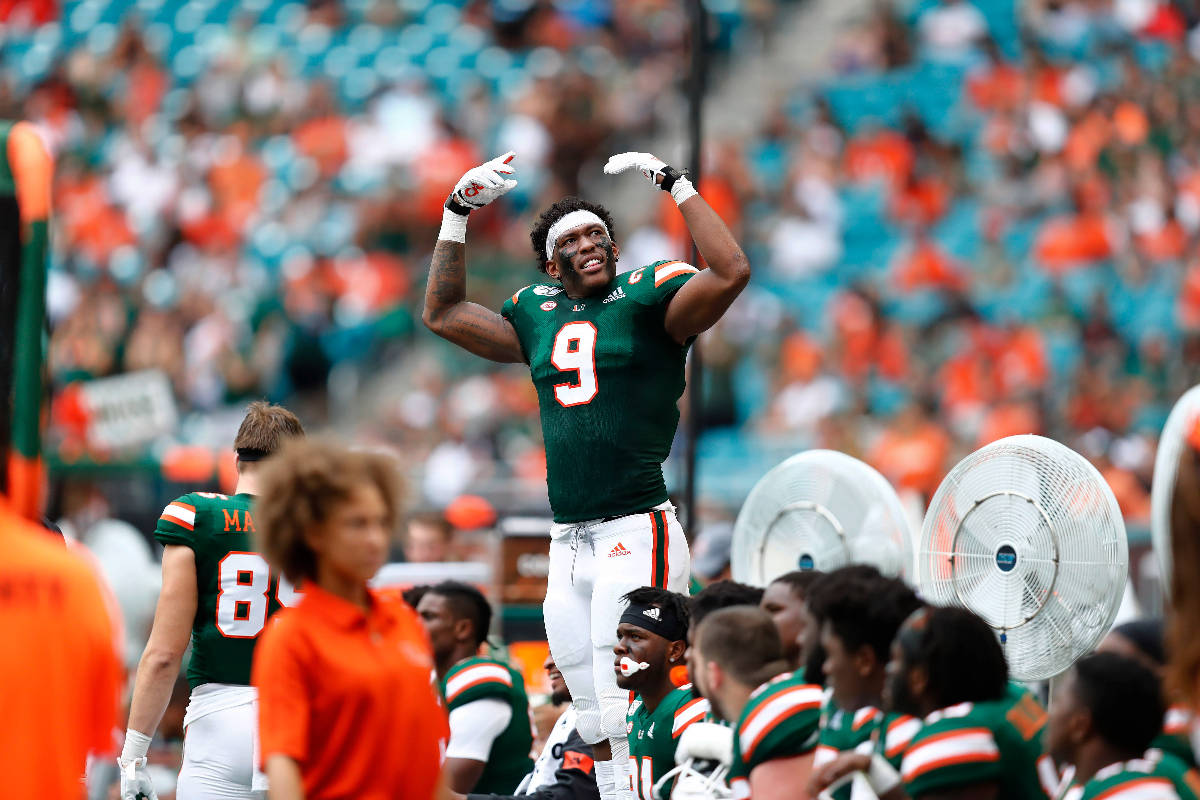 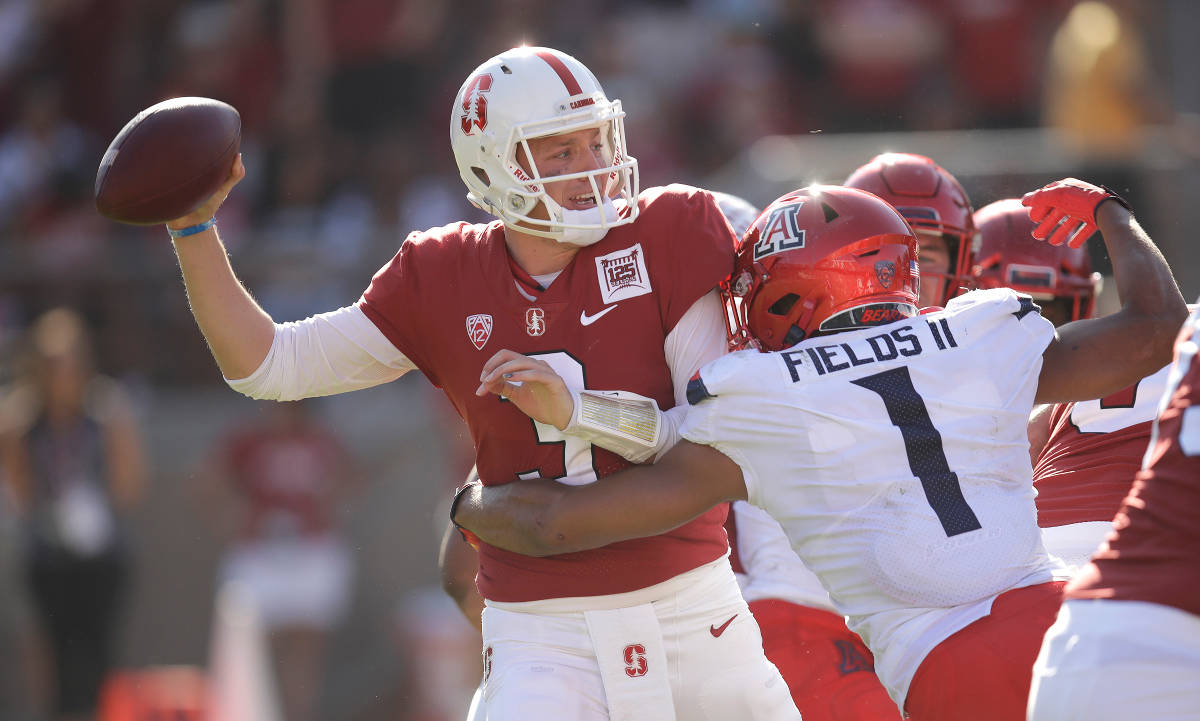 When the New England Patriots selected Centennial High product Rhamondre Stevenson on Saturday, he was as surprised as anyone else.

Other teams had spoken more with Stevenson leading up to the NFL draft.

“I think that’s because the Patriots had a good idea on me,” Stevenson said. “We had a great Zoom interview, so I don’t think they really need to talk to me much.”

The Patriots drafted the Oklahoma running back with the 15th selection of the fourth round. He was the 120th pick in the draft.

Stevenson was the first of three players with Las Vegas ties drafted. Two others were taken in the fifth round.

Stevenson (6 feet, 227 pounds) rushed for 665 yards and seven touchdowns last season at Oklahoma, averaging 6.6 yards per carry. He was suspended for the first five games because of a failed drug test.

That was another chapter in a difficult, and perhaps unlikely, journey to the NFL. He broke his foot his senior season at Centennial and struggles academically forced him to go the junior college route.

After rushing for 2,111 yards as a sophomore at Cerritos College in Norwalk, California, Stevenson became a hot recruit. He chose the Sooners over Southern California and Texas among other top programs.

Then after two seasons at Oklahoma, Stevenson found himself getting a call from the Patriots.

“It’s a great feeling knowing that I’ve got Bill Belichick as the head coach,” he said. “He’s a genius, and he loves what he does. I just know he’s going to coach me hard as well as other people on the coaching staff.”

He goes to a Texans team with six other tight ends on the roster.

“I came in as true freshman, deer-in-the-headlights freshman, and I earned my spot,” Jordan said. “I had to come in and compete. … So I think that’s just going to help me going into the NFL, playing with the Texans.”

“When the adversity comes, you find a way and keep going.” Thankful to the Houston texans for believing in me. I’m ready to go to work! #NFLDraft https://t.co/CPhg2iFr0k

Fields (6-0, 222) spent his first three seasons at Arizona before earning his degree in literacy, learning and leadership. He then transferred to West Virginia. Fields started eight of nine games last season, making 88 tackles, four for loss, with an interception.

The Browns are trying to upgrade their linebackers unit. In addition to Fields, they signed a linebacker in free agency and drafted another one.

“I feel like I can play any position on the defense,” Fields said. “If you need me to gain 70 more pounds, I can even play D-line. I can lose 30 pounds and play corner. Whatever you need me to do, I will do it.”