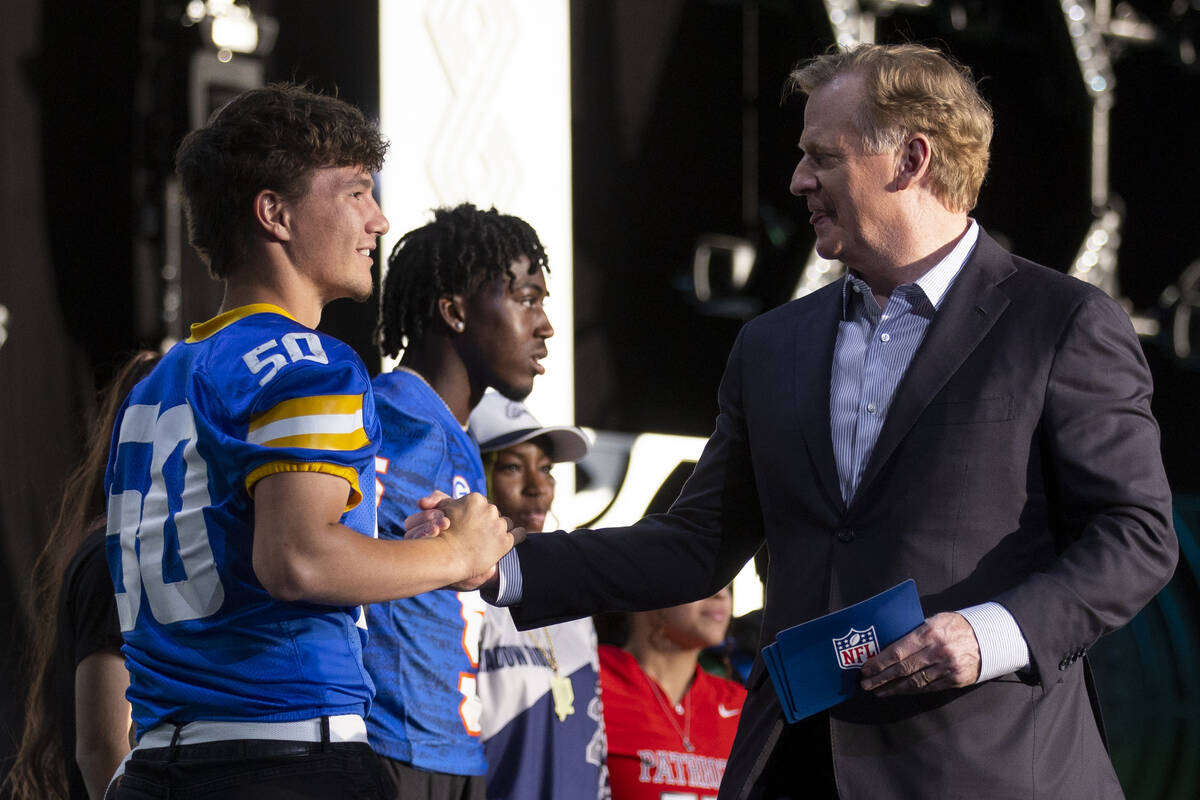 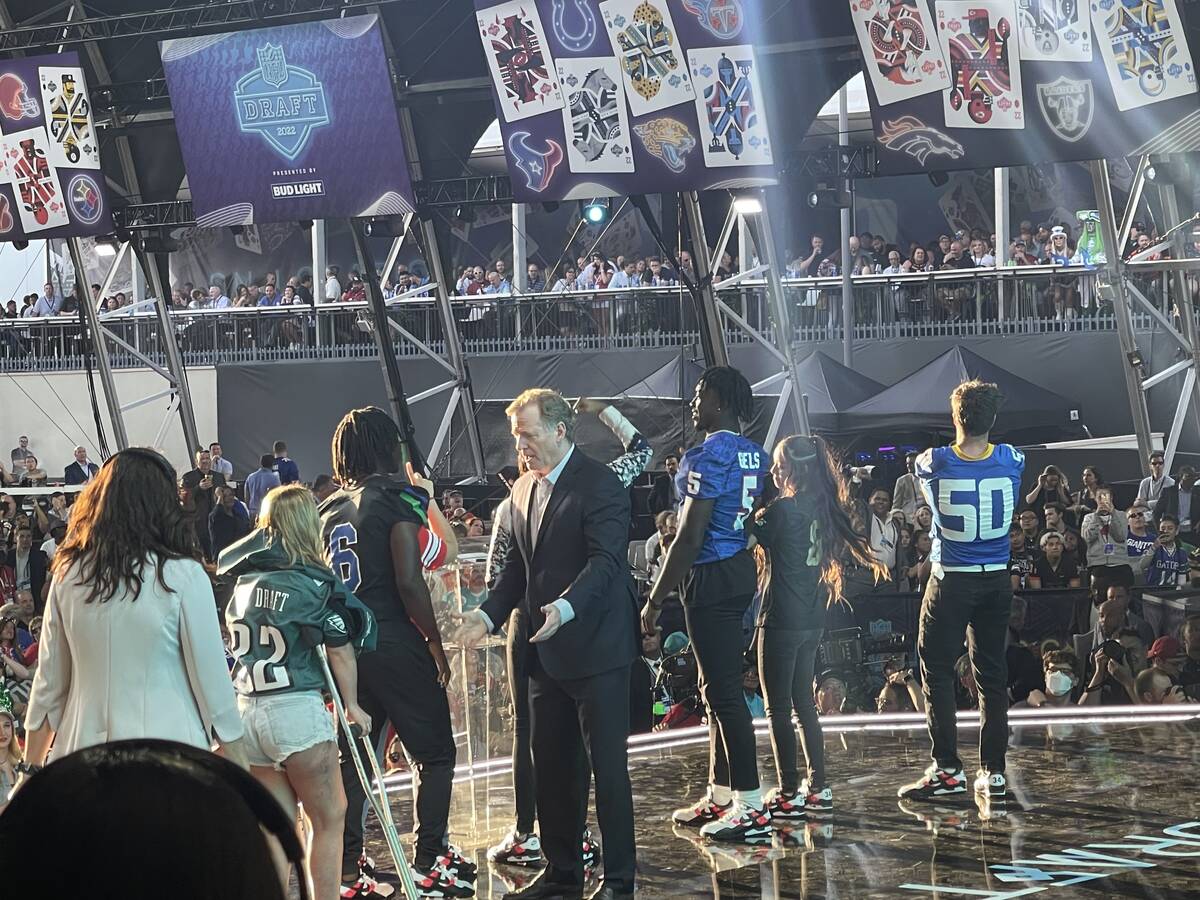 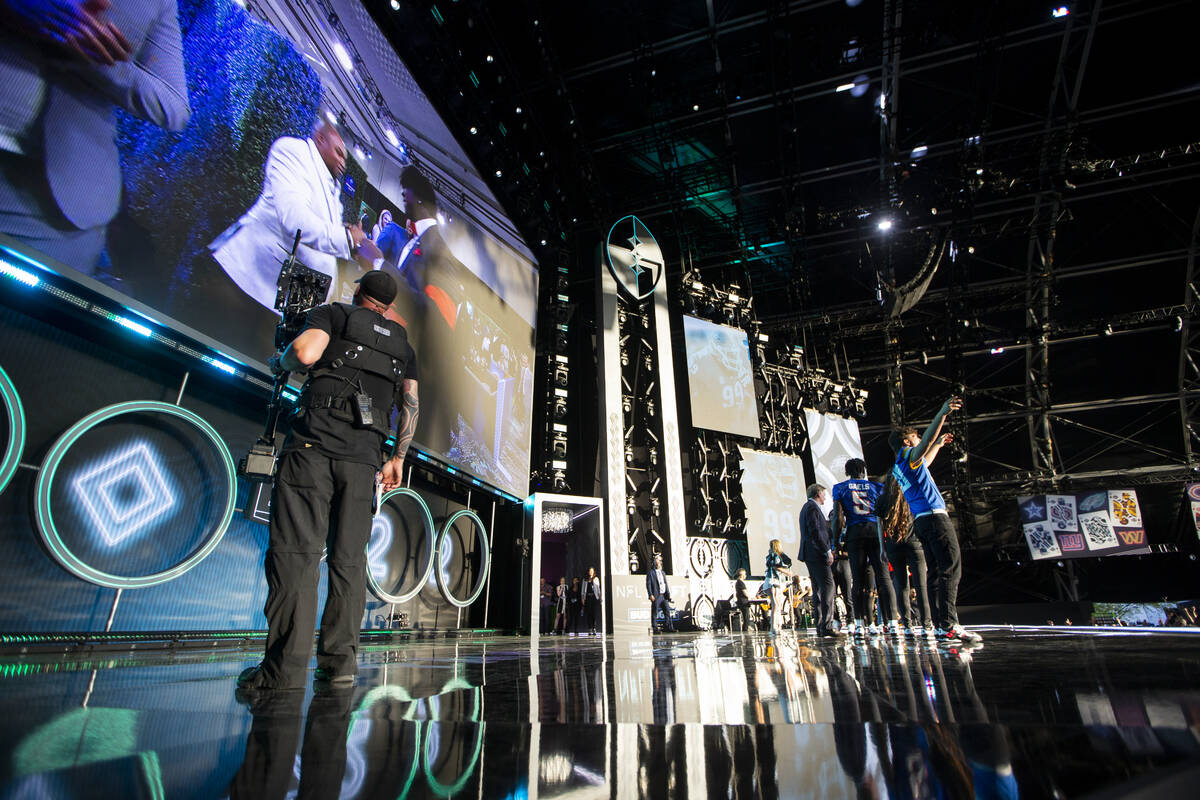 A group of Clark County high school football players took the stage with NFL Commissioner Roger Goodell Thursday to help with the announcement of the Philadelphia Eagles’ 15th pick.

That opportunity allowed one local prep standout and USC commit to set the bar high for his future in the sport.

Zion Branch, a 6-foot-2-inch, 195-pound senior safety at Bishop Gorman, was among the group of six high school football team captains who were on stage in front of tens of thousands of rabid football fans. Toward the end of their stage time, Branch greeted Goodell and left him with a message.

“It was a dream come true,” Branch said backstage of the NFL draft theater. “I always dreamed of coming to the draft and hopefully being in the draft one day. I got a chance to tell Roger Goodell that I’d be back here in three years.”

Goodell recalled the brief discussion with Branch, who hoped to follow in footsteps of Georgia defensive tackle Jordan Davis, who was the Eagles’ first-round pick at the time he was on stage.

“That’s exactly what he said,” Goodell told the Review-Journal. “I think it’s great to celebrate the game at all levels and those kids were really excited. He was fantastic. He went for the hug and said, ‘I want this in three years.’”

The great nephew of former Raiders great Cliff Branch, the younger Branch had 109 tackles, six interceptions, 11 pass deflections and recovered a fumble in his four-year career with Bishop Gorman, according to MaxPreps.

With Gorman getting nationwide media attention for its athletics, Branch has had a taste of stardom. Being at the draft and witnessing the NFL spectacle that it is, he got a peek at what things could be if his hard work pays off.

“One of a kind, it’s the NFL draft,” Branch said. “It’s all the things that I’ve hoped and dreamed for, so just to be on stage, it’s a dream come true.”

The group of six students also featured some of the girls flag football team captains. Trinity Antonelli, of Liberty High School in Henderson, said she won’t soon forget the experience, which the Raiders helped make happen.

“It’s amazing,” Antonelli said. “Honestly, it’s way more than I expected. I understand that it’s really busy back here and it’s really nice. But everybody takes care of you. It’s been a really good experience.”