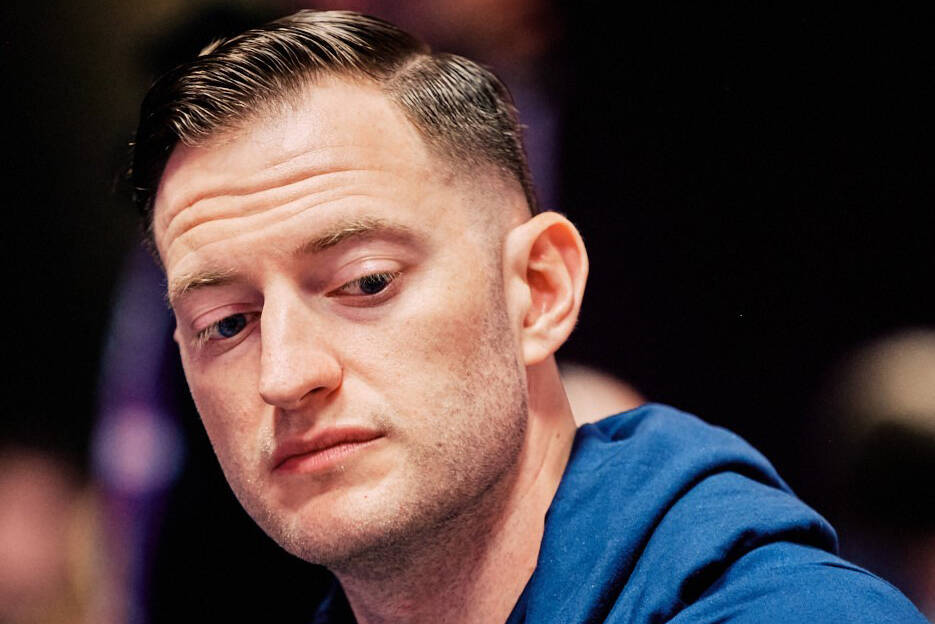 Joey Weissman went wire to wire at the final table to win the inaugural BetMGM Poker Championship on Sunday night at Aria.

The $3,500 buy-in No-limit Hold’em tournament featured a $1 million guarantee prize pool and drew 343 entrants. That included 68 players who qualified online at BetMGM Poker and were awarded packages featuring travel expenses and a five-night stay at Aria.

Benji Felson of New Jersey was the last qualifier standing after winning a $500 online satellite and finished fifth.

Weissman, who entered the final table with the chip lead, was responsible for the final three eliminations. But none was more spectacular than his hand against fourth-place finisher Michael Wang.

Weissman held ace-jack of diamonds against Wang’s pocket queens and flopped a straight draw on a board of 7-king-10. The 10 of diamonds on the turn paired the board, but also added a flush draw for Weissman.

The river card was the queen of diamonds, which made Weissman a royal flush to take down Wang’s full house.

Noel Rodriguez was next to hit the rail in third place for $104,272 when Weissman flopped a full house while again holding ace-jack.

Weissman held more than a 5-to-1 chip advantage at the start of heads-up play and never allowed Hoefer to become a threat despite two double-ups by the German. On the final hand, Weissman spiked an ace on the river for a better pair.

“I know from firsthand (experience) that people come back in heads-up and win,” Weissman said. “So you’ve just got to stay focused, you can’t get too cocky. Anything can happen.”

Hoefer, who entered the final table with the shortest chip stack at 12 big blinds, won $159,152 for second place.

Weissman won a World Series of Poker bracelet in 2012 and also has four cashes at this summer’s series, including a seventh-place finish in the $3,000 buy-in No-limit Hold’em event less than three weeks ago for more than $75,000.

He added the BetMGM championship to the 2021 U.S. Poker Open title he won last June at the same PokerGO studio and now has more than $4.3 million in career live tournament earnings, according to HendonMob.com.

Liebert was one of 10 nominees for the Poker Hall of Fame announced last week and enters Monday’s final table in third place (49 big blinds) after she started Day 4 on Sunday with the chip lead.

Ben Sarnoff of San Francisco has the chip lead with 92 big blinds, and the recreational player from San Francisco is looking for his first WSOP bracelet. He won the $2,000 World Poker Tour Shooting Star Event in 2007 for his only major title.

Eric Smidinger of Crofton, Maryland, is second in chips with 55 big blinds after he knocked out Great Britain’s Jan Pettersson in sixth place.

Liebert is searching for her second career WSOP bracelet to go with her victory in the 2004 $1,500 buy-in Limit Hold’em Shootout. She has 83 lifetime cashes at the WSOP for more than $1.2 million.

Should Liebert emerge victorious, she would be the second woman to win a bracelet this summer. Katie Kopp opened the series by winning the $500 Casino Employees No-limit Hold’em event.