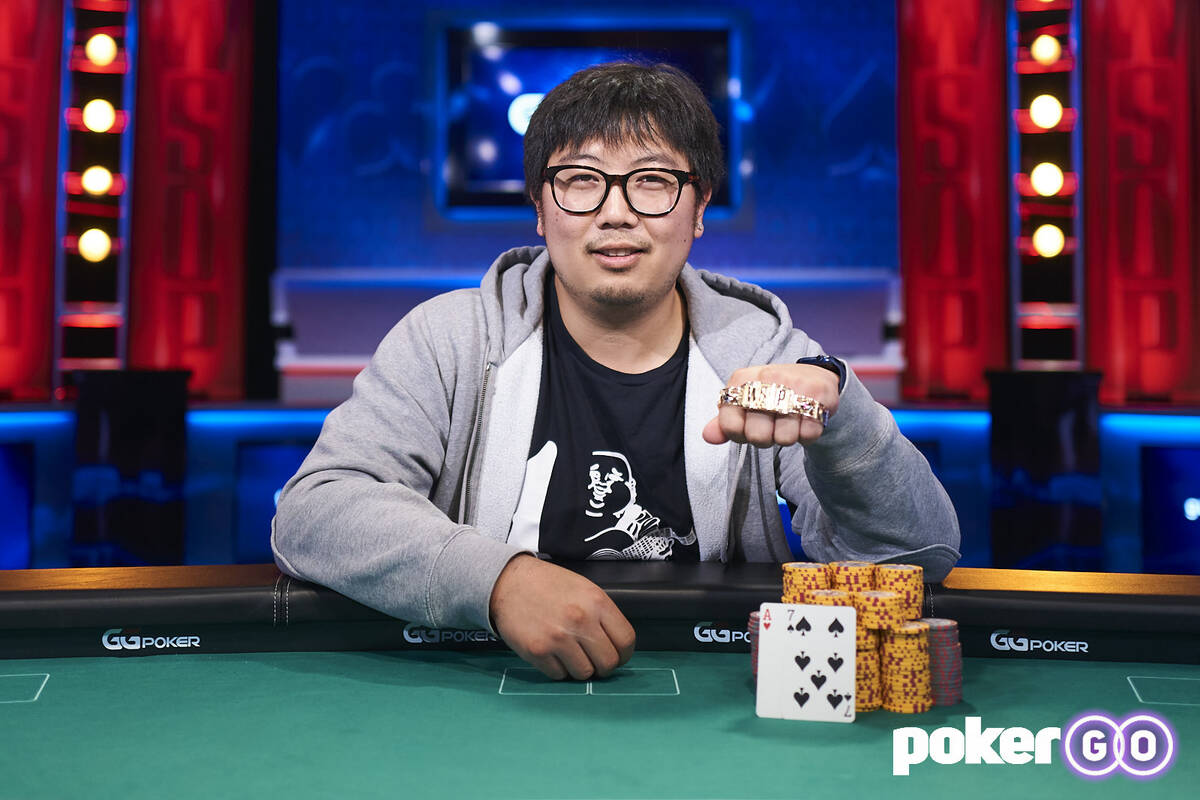 Long Ma after winning the $500 buy-in The Reunion No-limit Hold'em at the World Series of Poker on Tuesday, Oct. 5, 2021, at the Rio (Antonio Abrego/PokerGO) 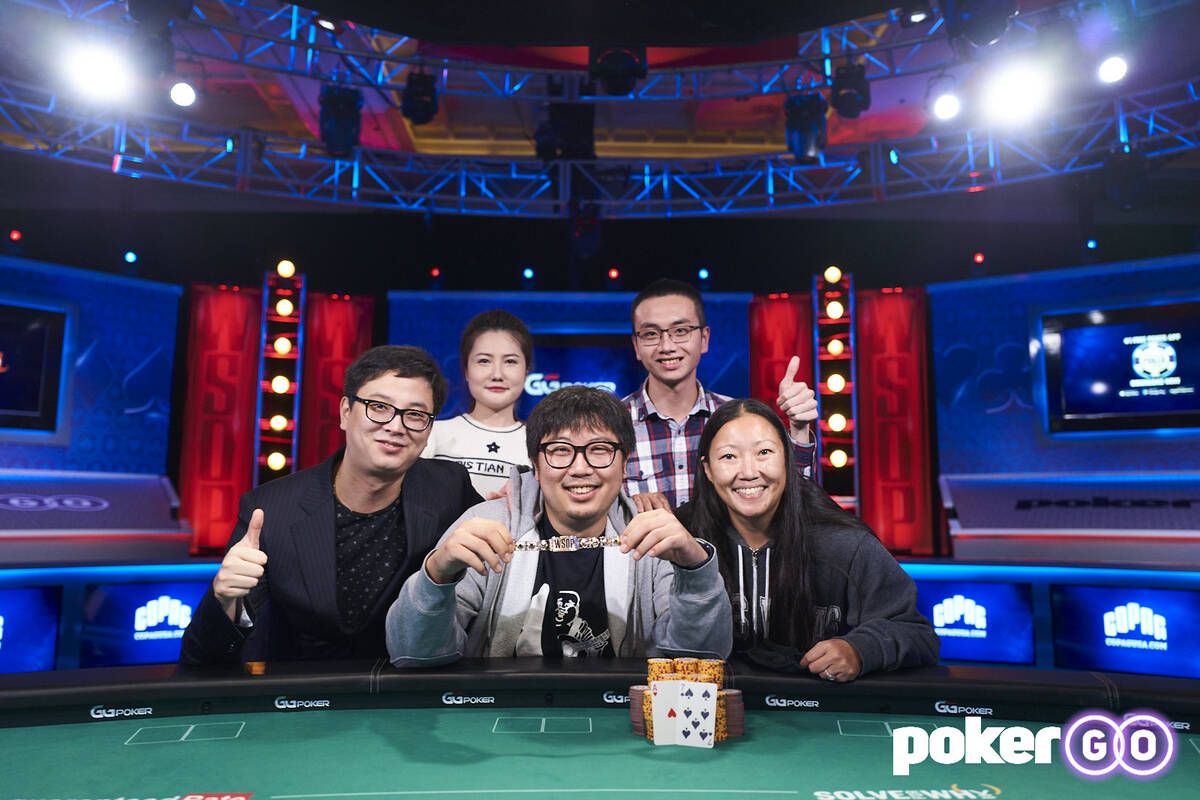 Long Ma with his supporters after winning the $500 buy-in The Reunion No-limit Hold'em at the World Series of Poker on Tuesday, Oct. 5, 2021, at the Rio (Antonio Abrego/PokerGO) 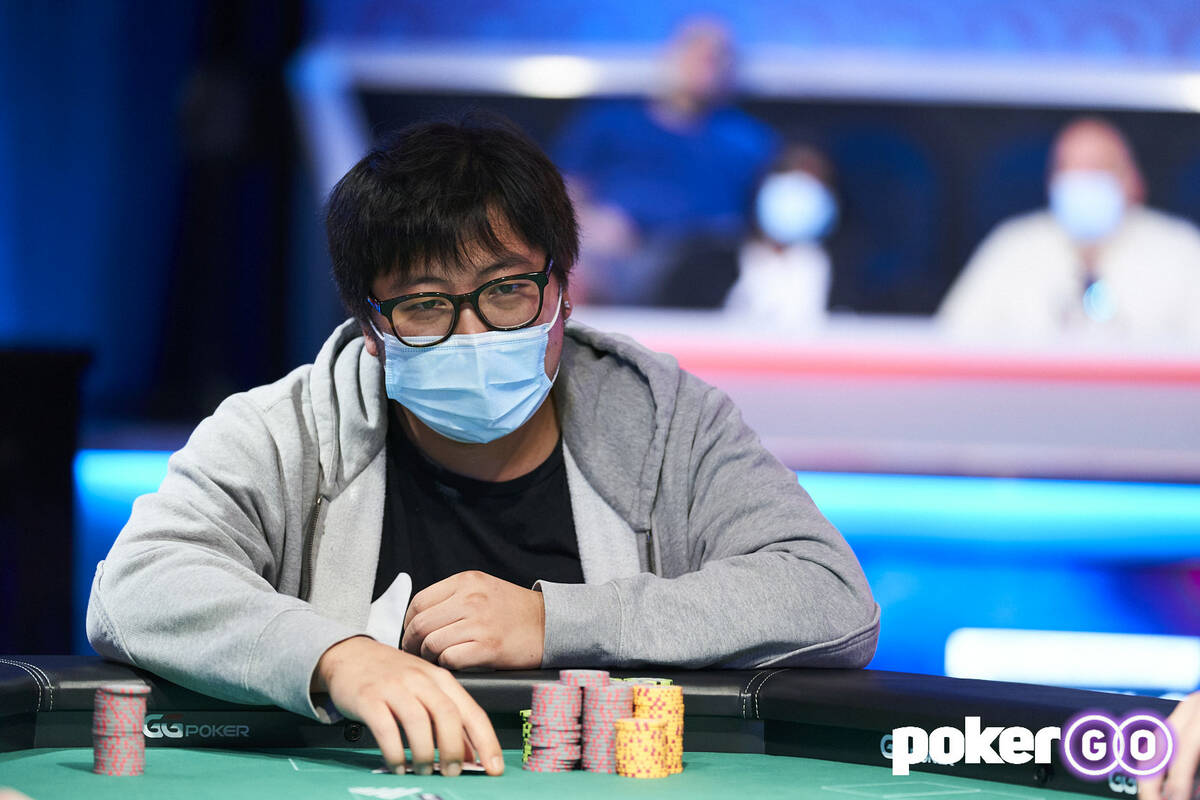 Long Ma at the final table of the $500 buy-in The Reunion No-limit Hold'em at the World Series of Poker on Tuesday, Oct. 5, 2021, at the Rio (Antonio Abrego/PokerGO) 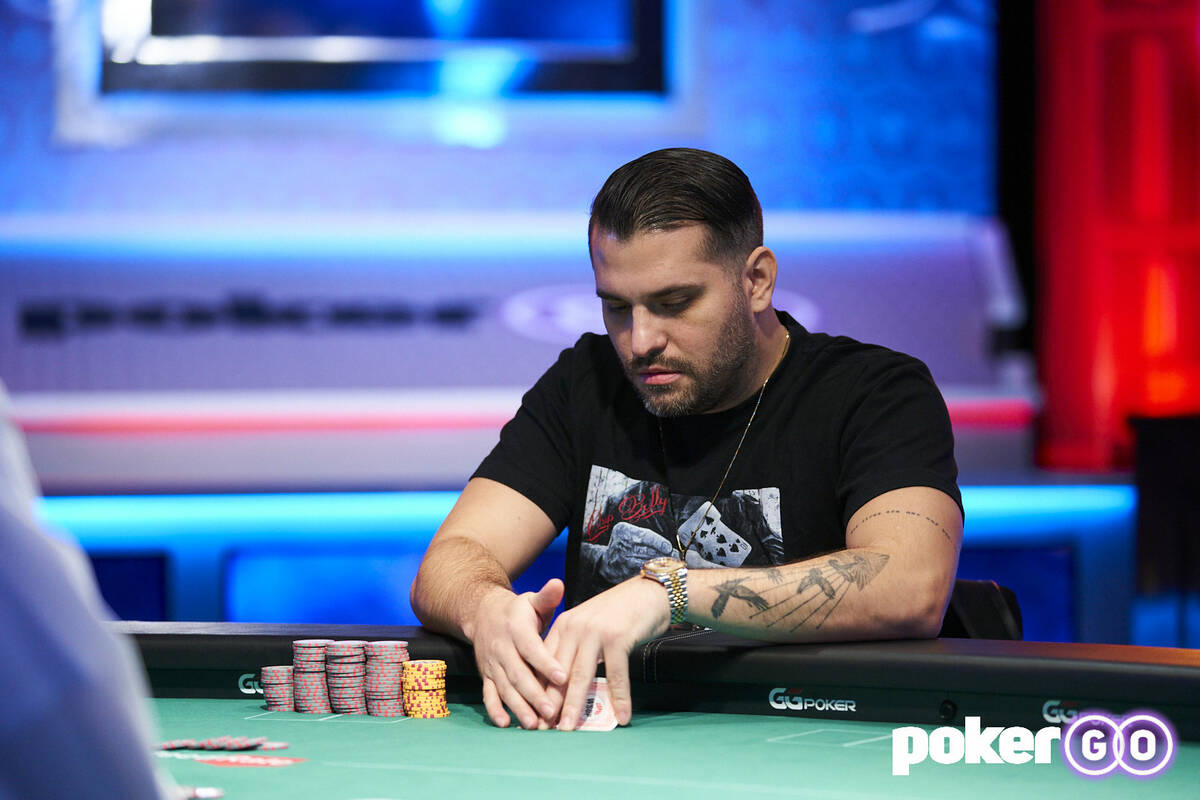 Giuliano Lentini at the final table of the $500 buy-in The Reunion No-limit Hold'em at the World Series of Poker on Tuesday, Oct. 5, 2021, at the Rio (Antonio Abrego/PokerGO)

After two marathon days, Long Ma made short work of his opponents at the final table to claim his first World Series of Poker bracelet.

Ma, a 35-year-old from Dallas, cut through his final four foes in about an hour Tuesday at the Rio to win the $500 buy-in The Reunion No-limit Hold’em event for $514,604. Ma said he was “a little bit tired” for the final table after playing 15 hours on the first day and 17 hours on the second as the field of 12,973 entries in Event 4 of the WSOP was culled.

“Lots of good players, lucky players. I think I am the luckiest one,” Ma said with a laugh.

Ma came into the day with the chip lead, then eliminated all four of his opponents at the final table.

In the final hand, Giuliano Lentini went all-in before the flop with queen-jack, and Ma called with ace-seven. The board helped neither player, and Ma won with ace high to collect the bracelet and his first six-figure score in a poker tournament. (The WSOP awards trophy bracelets for tournament victories.)

Ma had only one cash for $1,751 in WSOP events before Tuesday. He said he might play some more WSOP events, but that depended on getting more time off work from his job as a manager at an electronic company.

In an early gauge of interest in this year’s WSOP, The Reunion exceeded the $5 million guaranteed prize pool by more than $400,000. The WSOP is being held under a coronavirus vaccine mandate that is leaving out some U.S. players, and international attendance could be affected by travel restrictions related to the virus.

Here are the other bracelet winners from the first week of the WSOP: