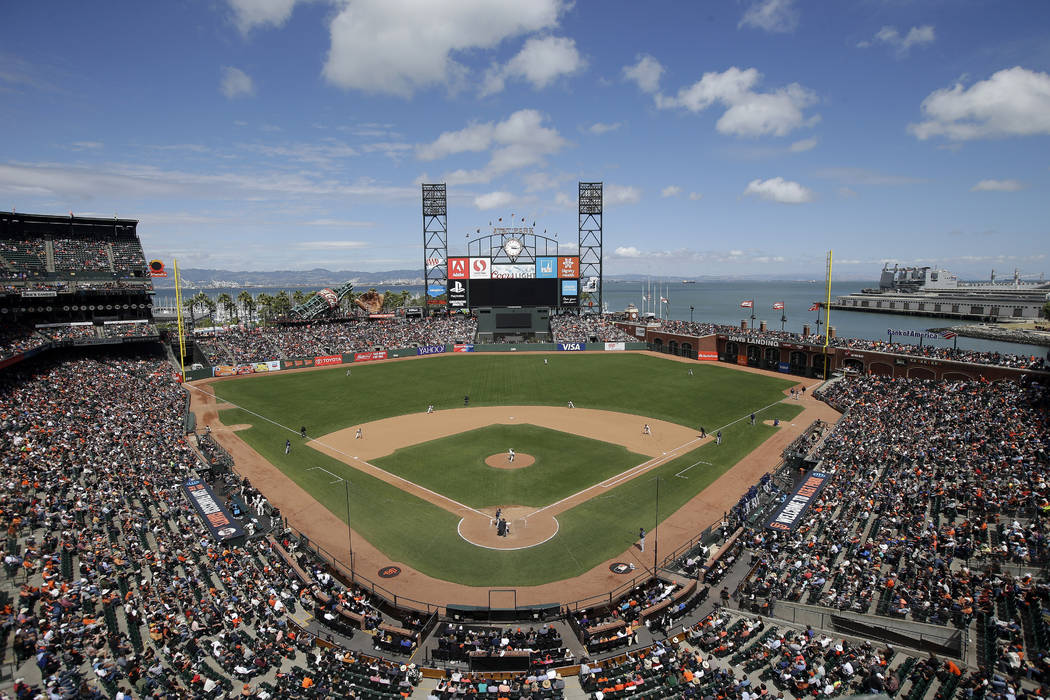 AT&T Park is seen from an overhead view as the San Francisco Giants play the Milwaukee Brewers during a baseball game Wednesday, June 15, 2016, in San Francisco. (AP Photo/Marcio Jose Sanchez) 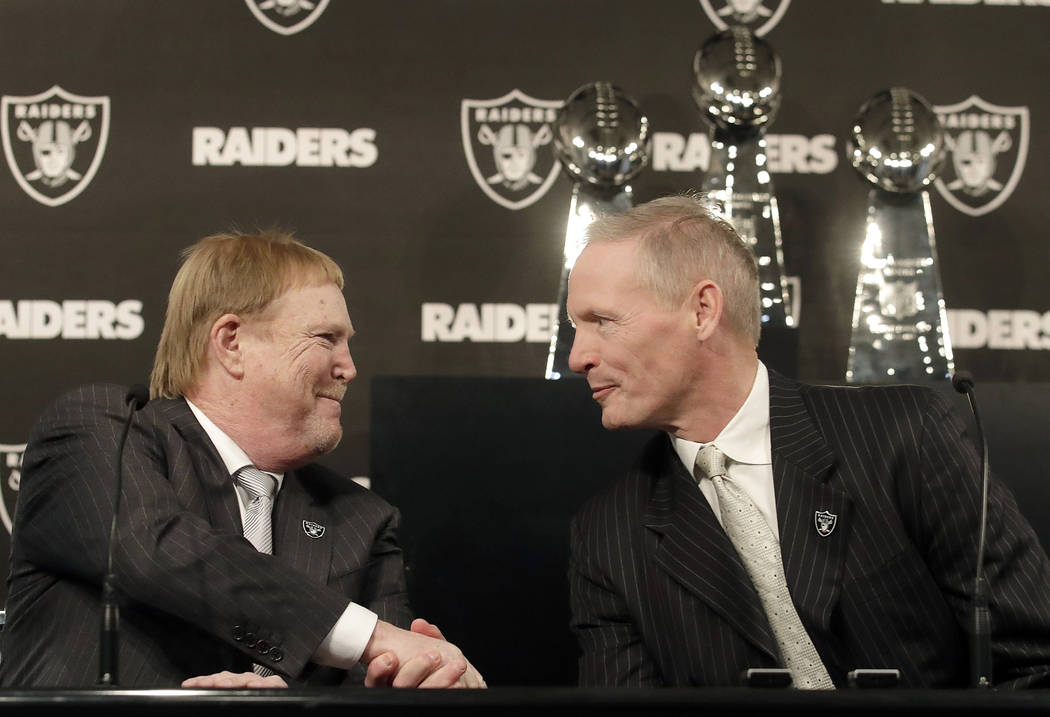 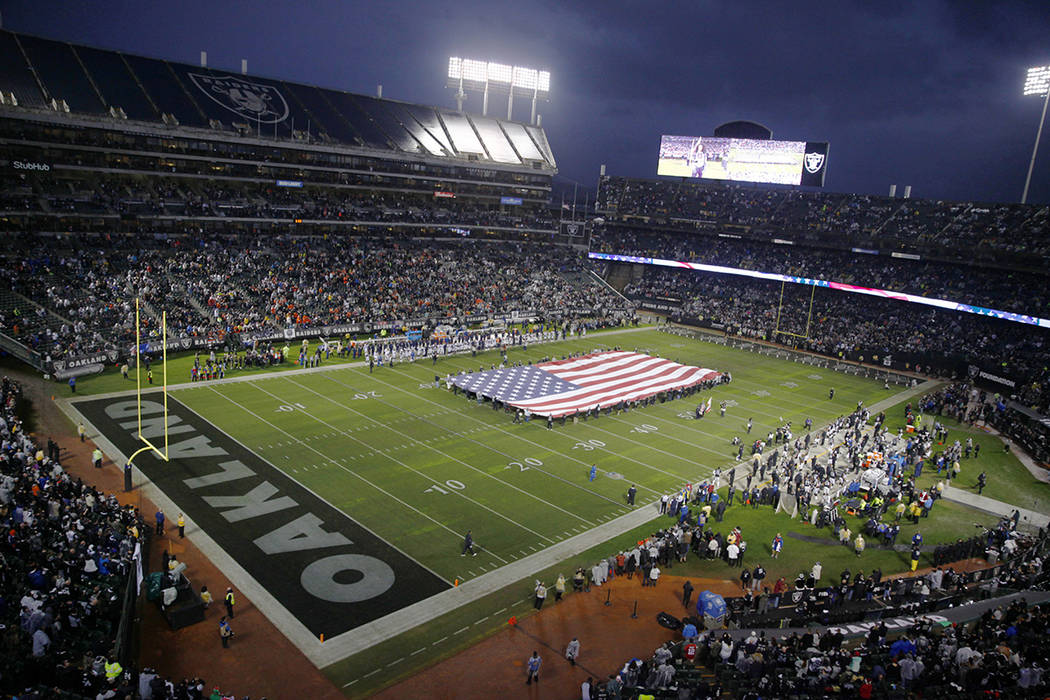 ATLANTA — A report Sunday indicated the Raiders unequivocally will play their 2019 home schedule in San Francisco, but a person familiar with the situation dispelled any agreement as premature, citing two critical steps that have yet to be completed.

The San Francisco 49ers must waive their territorial NFL rights to the San Francisco market for the Raiders to play seven regular-season home games in the region. The NFL also must approve the arrangement.

Neither has happened, but on Twitter, NBC Bay Area anchor Raj Mathai reported the “Raiders will play in San Francisco for 2019,” adding that the club reached an agreement with the San Francisco Giants to use Oracle Park (formerly AT&T Park). This site is of known interest to the Raiders, a venue they have researched in-depth when exploring their 2019 opportunities.

It is owner Mark Davis’ preference to remain close to team headquarters, which are based in Alameda, California. To play at Oracle would accomplish that.

For now, however, work remains before such a resolution.

Mathai cited NFL sources when saying an announcement is “expected this week.” The red, white and blue Super Bowl confetti barely settled onto the turf here at Mercedes-Benz Stadium when that evening report arose. New England Patriots coach Bill Belichick was holding a news conference following a 13-3 win over the Los Angeles Rams at the time.

Raiders officials did not respond Sunday night to requests for comment.

Multiple colleagues at NBC Sports Bay Area refuted Mathai’s report, characterizing the Raiders-to-San Francisco deal as “not done.” At press time, Mathai had not posted a follow-up to his initial report.

The franchise’s lease at the Oakland-Alameda County Coliseum expired following the 2018 season.

Talks to renew the deal hit a significant snag on Dec. 11 when the city of Oakland filed a federal antitrust lawsuit against the NFL and all 32 of its clubs in protest of the Raiders’ 2020 relocation to Las Vegas. Officially, the Raiders have not ruled out a 2019 return to Oakland, but they have weighed a number of options, including some outside the Bay Area.

One of the Raiders’ eight allotted home game will be played in London against the Chicago Bears. Their other seven contests will involve the Denver Broncos, Kansas City Chiefs, Los Angeles Chargers, Detroit Lions, Jacksonville Jaguars, Tennessee Titans and Cincinnati Bengals.