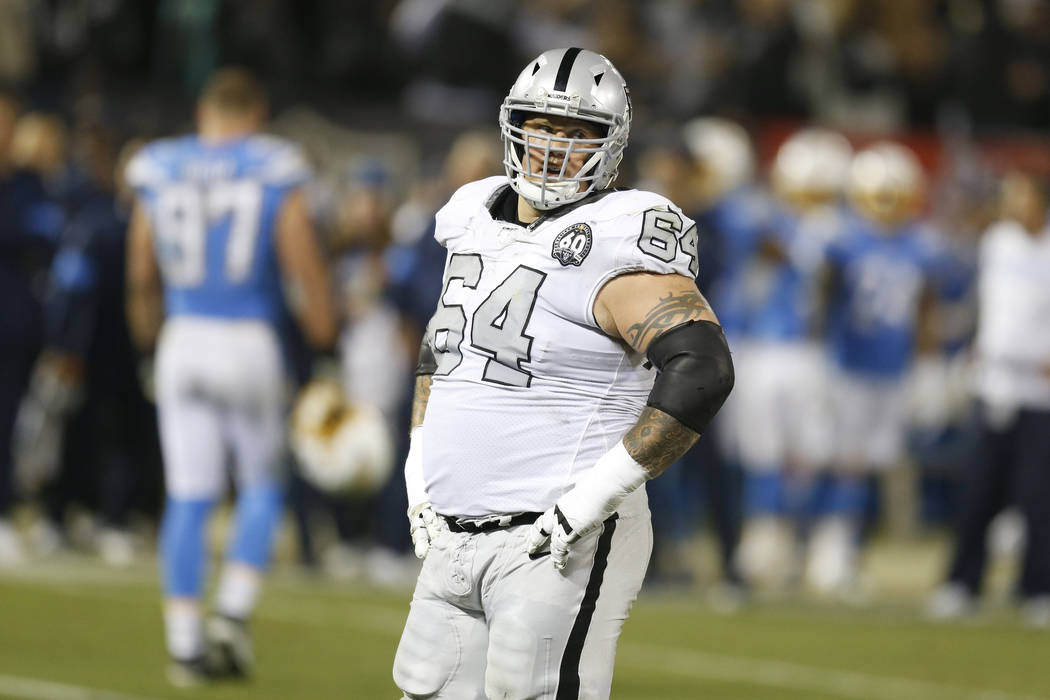 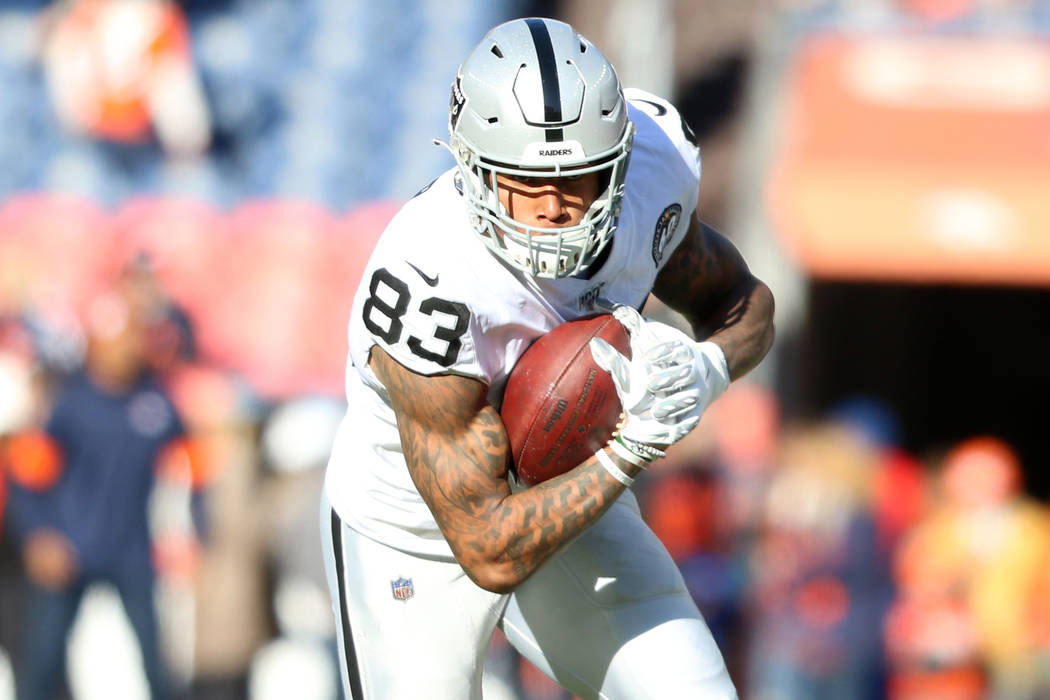 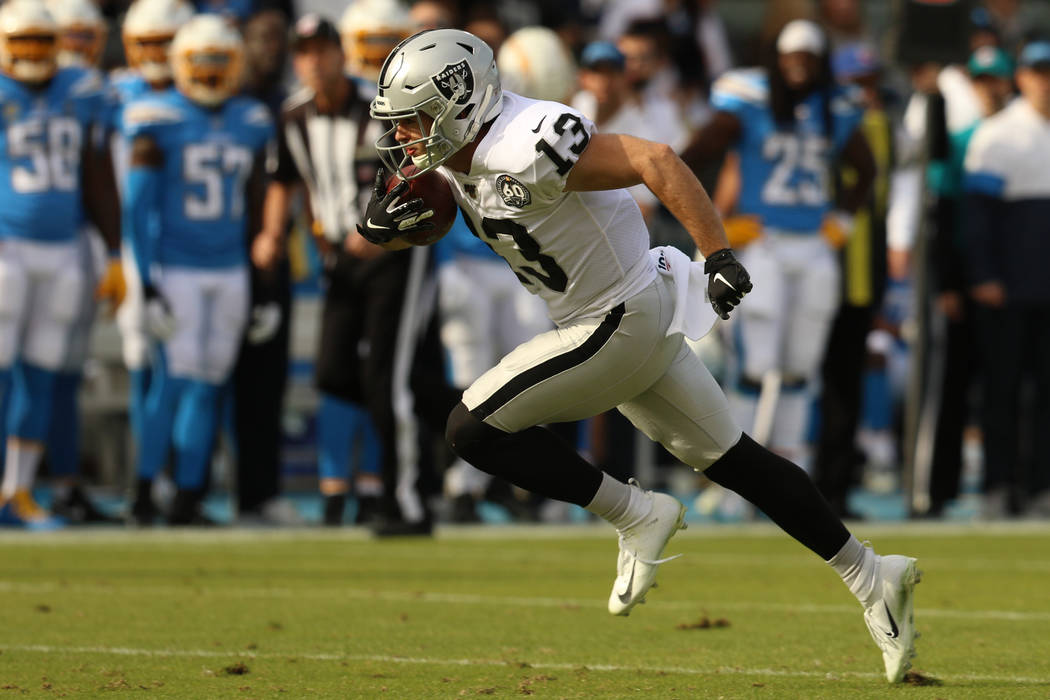 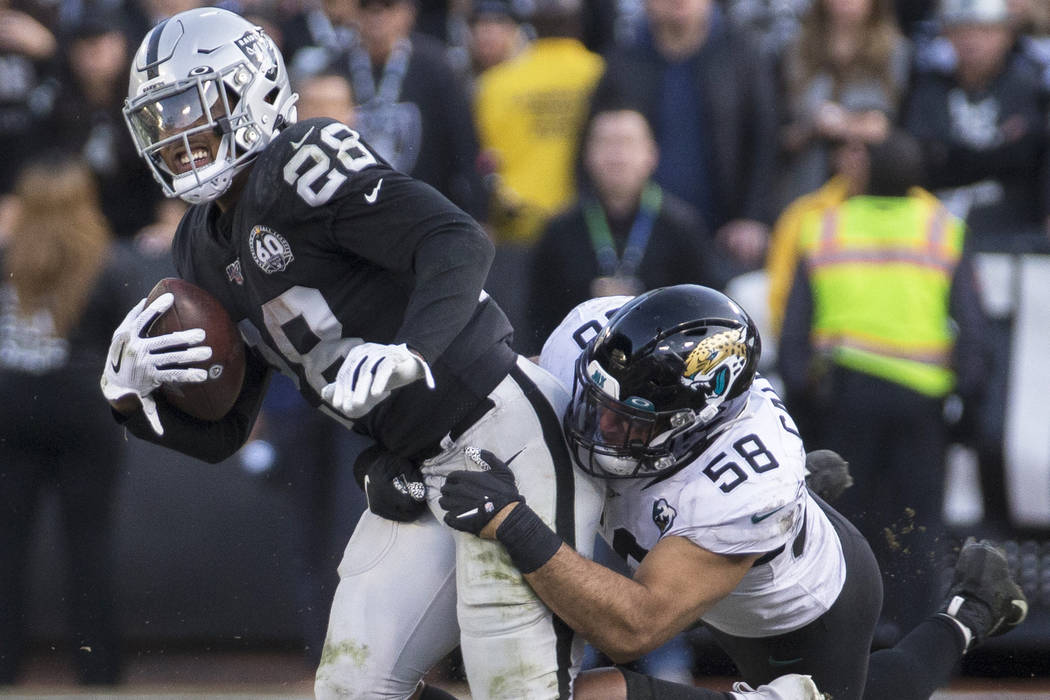 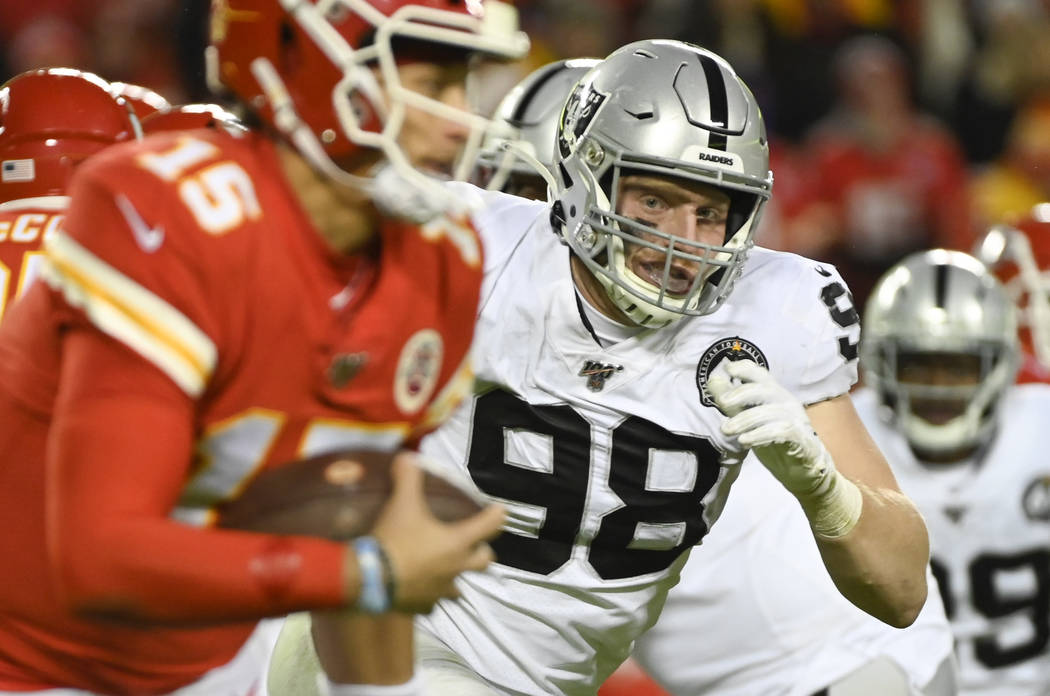 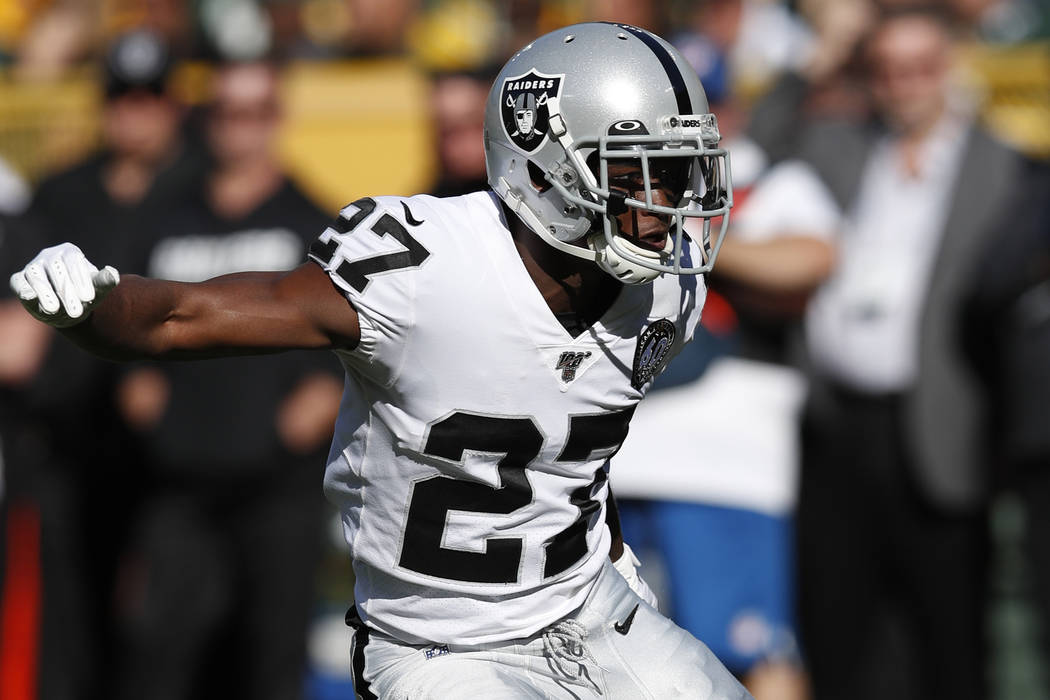 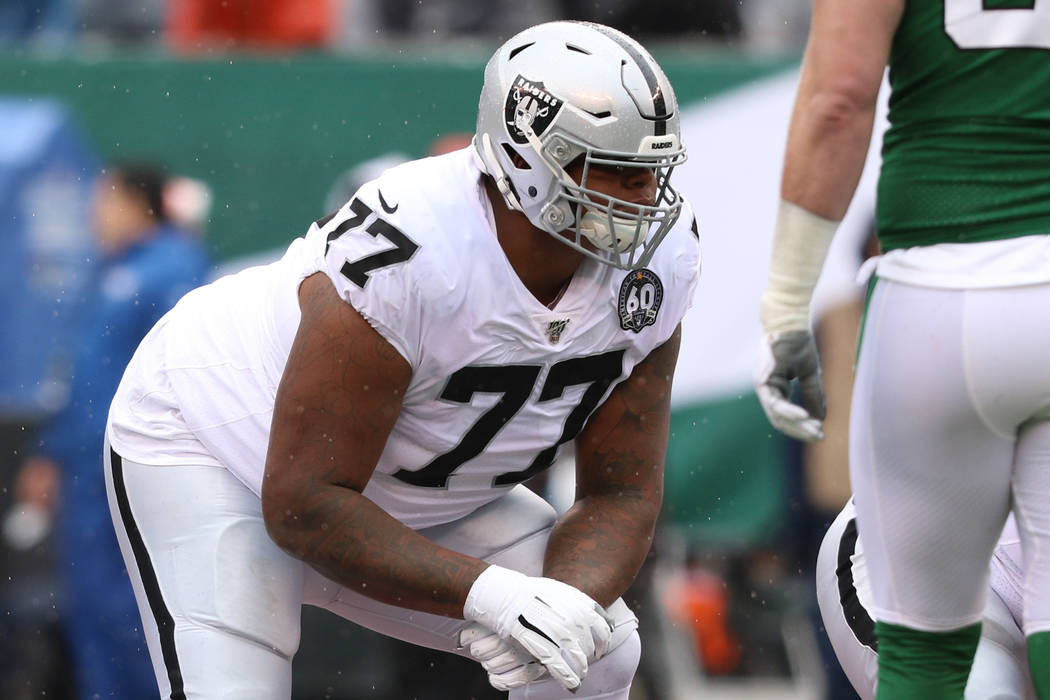 ALAMEDA, Calif. — Not one to mince words, Raiders coach Jon Gruden isn’t about to pretend he’s already moved on from his team’s disappointing loss to the Denver Broncos in their season finale. Or, for that matter, from the eight losses that preceded it.

“I’m bad at that,” Gruden said on Monday. “I’m just this miserable person.”

As the day after Sunday’s loss unfolded, however, the lens Gruden used to reflect on the Raiders’ season began widening. What emerged was the progress the Raiders did make over the past 12 months.

It doesn’t lessen the sting of the 7-9 finish and failed attempt to make the playoffs over the past six weeks. But the significant steps forward, coupled with the five picks they own among the first 90 selections of the 2020 draft and the $75 million they have to spend under the salary cap were impossible to ignore.

“It’s exciting man. We’re really excited,” Gruden said, already looking forward to the power and allure of the Raiders’ brand and the new home they are building in Las Vegas to help close the gap even further.

“We are excited to know where we are going to be playing and excited to have a city that is excited about having us,” Gruden said. “And we can’t wait to keep improving our team. We’re very fired up.”

Here are three reasons why that optimism might be justified:

The Raiders began 2019 with glaring holes at lead running back, tight end and slot receiver. They didn’t just plug those holes with the drafting of Josh Jacobs and Hunter Renfrow and the shrewd, late-2018 season pickup of Darren Waller, they now have weapons at those positions able to dramatically impact games.

Jacobs set a Raiders rookie rushing record with 1,150 yards in just 13 games. Waller caught 90 passes for 1,145 yards, and, as he showed against the Broncos when he took a 1-yard throw from Derek Carr 75 yards, his combination of size, speed and athletic ability is a matchup nightmare.

And Renfrow, who caught 49 passes for 605 yards and four touchdowns, proved he is much more than just a possession receiver out of the slot. He emerged as the Raiders’ biggest threat on third downs with 23 catches for 344 yards and 16 first downs. His 301 yards after the catch show he is also a weapon with the ball in his hands.

As a result of their emergence, the Raiders can look to other areas of need in the draft and free agent market.

The Raiders have a ways to go to build a dominant defense, but the drafting and development of defensive ends Maxx Crosby and Clelin Ferrell and cornerback Trayvon Mullen helped push the process forward.

The 10 sacks Crosby registered were second-best among rookies in the NFL, and he’s the first rookie since Joey Bosa to reach 10-plus sacks and 15-plus tackles for losses in a season. There is a sense within the Raiders that Crosby is just scratching the surface.

Ferrell didn’t live up to the hype as the fourth overall pick while registering 38 tackles and 4.5 sacks, but a costly bout with a stomach ailment in late October and the defensive staff shuffling him along the defensive line didn’t help matters.

“We asked him to do way too much early in this season,” Gruden said.

The Raiders were happy with the progress he made as a traditional, every-down 4-3 defensive end. And the conscientiousness he showed on Monday by vowing to return in 2020 a different player reverberated throughout the building.

He and Crosby provide the building blocks for what could be a formidable defensive line with some key additions, especially inside.

Mullen came on strong in the back half of the season and showed competitiveness in pass coverage and tackling. He’s a rangy, fluid athlete who heeded the advice and prodding of coaches by ratcheting up his daily work habits and focusing to solidify the perimeter cornerback spot.

If fellow rookie Johnathan Abram returns from a shoulder injury to lock down a safety spot next season as expected, the Raiders will have four important defensive positions manned by second-year players with high upside.

The Raiders invested four years and $66 million — $36.7 million guaranteed — into offensive tackle Trent Brown. It raised eyebrows at the time, but not anymore. Brown delivered a Pro Bowl season at right tackle and allowed Kolton Miller to settle in at left tackle and become an anchor.

Meanwhile, the Raiders hit big with the addition of veteran guard Richie Incognito, who solidified the interior of the line with center Rodney Hudson and right guard Gabe Jackson. All five linemen are under contract for next season, with backups David Sharpe and Brandon Parker.

The Raiders were eighth-best giving up 29 sacks, and they finished 13th in rushing yardage. The improved offensive line played a big role. Moving forward, the Raiders could look to add depth and a developmental player through the draft, but the additions of Brown and Incognito turned this group into a strength.