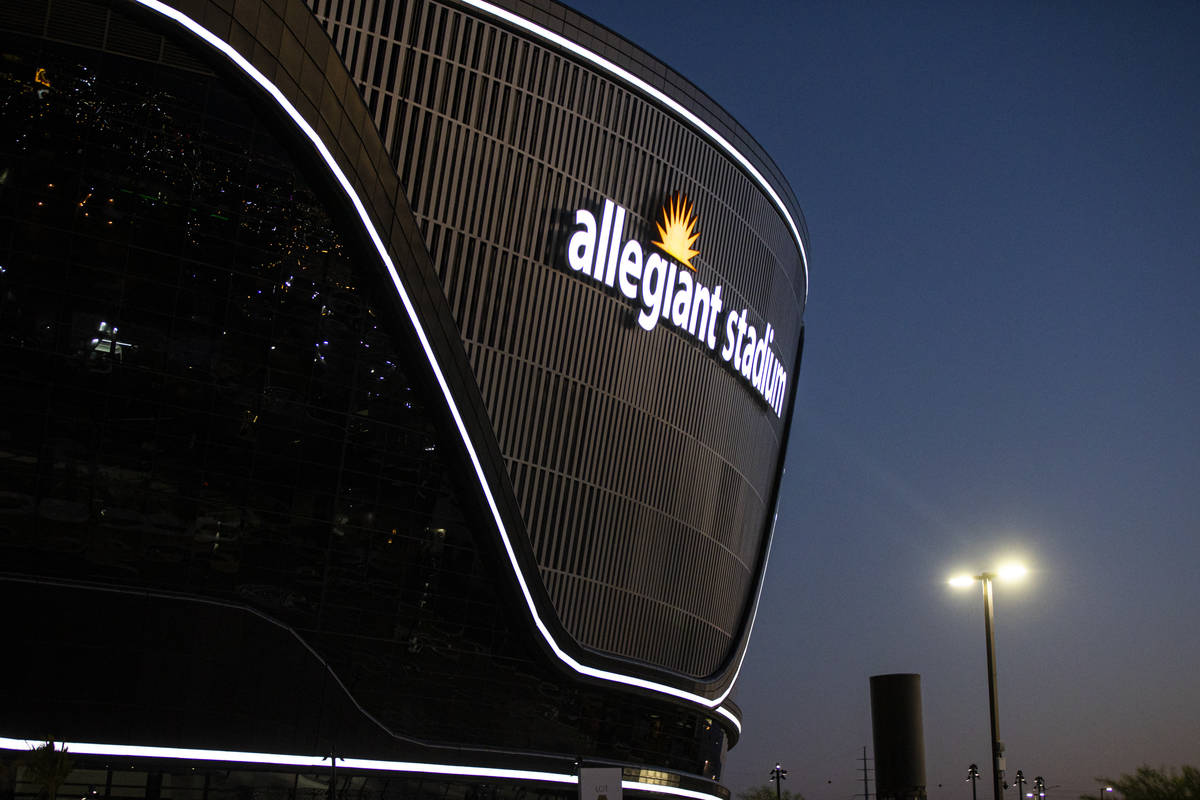 An exterior view of Allegiant Stadium in Las Vegas on Thursday, July 30, 2020. The stadium, home to the Las Vegas Raiders, is slated for substantial completion on July 31. (Chase Stevens/Las Vegas Review-Journal) @csstevensphoto

After four years of talks and two-and-a-half years of construction, Allegiant Stadium, the Raiders’ “field of dreams,” is finally a reality.

After considering multiple sites, a 62-acre plot of land separated from the Las Vegas Strip by Interstate 15 was chosen for the 65,000-seat stadium. Aside from being the home of the Raiders, the stadium also will serve as the home of UNLV football, replacing the aging Sam Boyd Stadium.

Originally pegged at $1.8 billion, the stadium’s price grew to $2 billion after the Raiders exceeded personal seat license projections, selling out the stadium in January. That was in addition to signing several lucrative sponsorship deals.

Despite stadium construction being well underway, the nature of the project allowed the Raiders to inject the majority of those profits into stadium enhancements, including additional suites and upgraded furniture and fixtures.

The project is financed by $750 million in public funds by way of an 0.88 percent tax on hotel rooms in Clark County, with the remaining $1.2 billion funded by a combination of PSL sales and loans from the NFL and Bank of America.

A popular spot within the stadium will be the 55,000-square-foot club near the lanai doors: the 93-foot Al Davis Memorial Torch. The ode to the legendary Raiders owner, which sits in the north end of the stadium, is the largest 3D-printed object in the world.

When open, the 215-foot-wide-by-80-foot-tall lanai doors offer a view of the Las Vegas Strip to the north. Tied in with the translucent roof, fans will be able to experience an outdoor feel when weather permits.

Opting to skip a center-hung video board, Allegiant Stadium features a 254-by-49-foot video board on the south end of the stadium and a pair of 122-by-49-foot screens on the north end. Two 33-by-18-foot screens are just underneath the two larger ones.

Fans will have various areas to tailgate at the stadium, from on-site and off-site parking lots to the Modelo Tailgate Zone, located in the space where the field tray sits outside the south end of the stadium when it is not being used inside.

Despite the stadium being completed in time for the 2020 NFL season, fans won’t be allowed to attend games because of the coronavirus pandemic. Raiders owner Mark Davis also stated he would not attend games during the team’s inaugural season.

“There is nothing more important to the Raider organization than the health and safety of our players, coaches, staff, stadium workers and fans,” the Raiders said in the email to season ticket-holders. “After intensive consultation with healthcare officials and state and community leaders, we have made the difficult decision to play the Las Vegas Raiders 2020 inaugural season at Allegiant Stadium without fans in attendance.

“This decision is based on our commitment to protect the health of our fans and the entire community in response to the coronavirus pandemic affecting us all.”