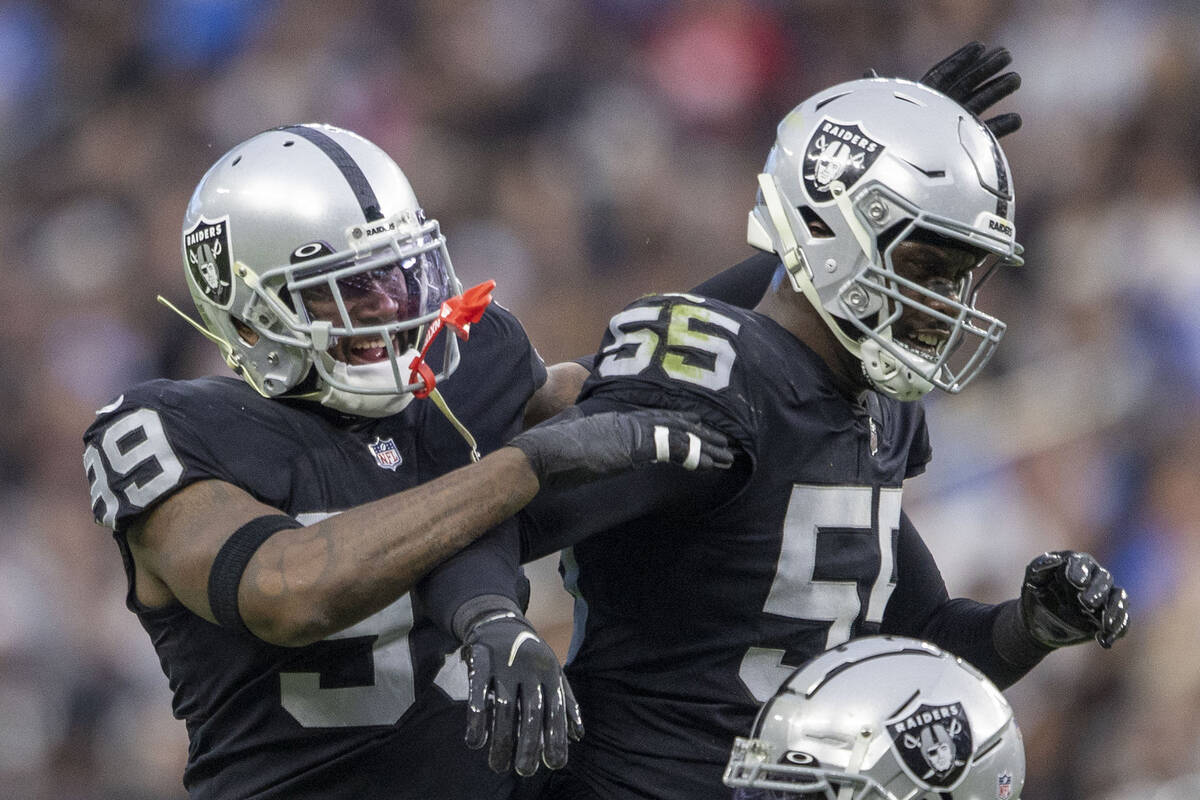 Raiders defensive end Clelin Ferrell (99) congratulates defensive end Chandler Jones (55) on his sack during the first half of an NFL game against the Los Angeles Chargers at Allegiant Stadium on Sunday, Dec. 4, 2022, in Las Vegas. (Heidi Fang/Las Vegas Review-Journal) @HeidiFang

Raiders defensive end Chandler Jones has been named the AFC Defensive Player of the Week.

Jones, who has struggled rushing the passer this season, broke out against the Chargers on Sunday with three sacks, six tackles, two tackles for loss and a tipped pass in the Raiders’ 27-20 victory over the Chargers.

Jones’ honor is the seventh of his career as the Defensive Player of the Week and his first with the Raiders.