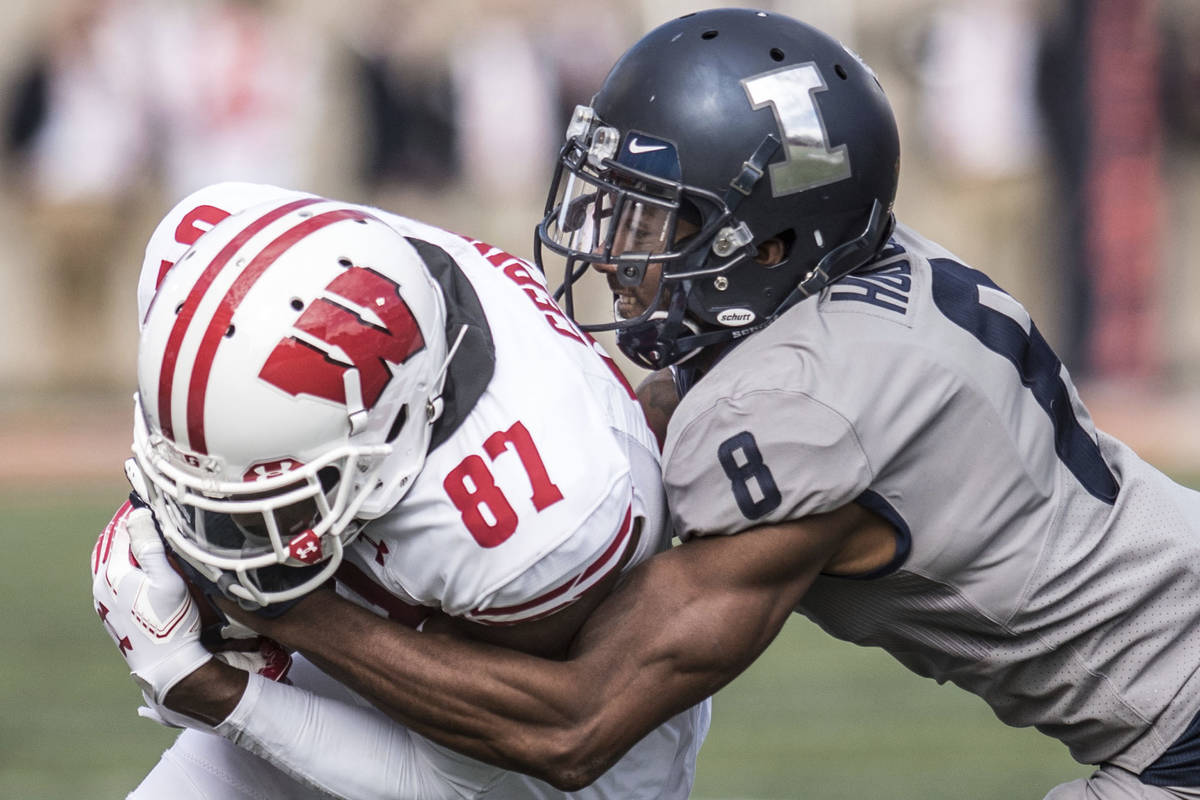 Given everything Nate Hobbs has dealt with over the last decade, he considers himself fortunate to have simply made it to Las Vegas as a rookie cornerback for the Raiders.

But every one of the hurdles he’s had to clear, from the loss of multiple loved ones to the angst he felt watching his mom raise Hobbs and his three siblings on a $25,000-a-year income to the unrelenting doubt he’s faced, has hardened and strengthened him.

So while Hobbs gave himself a minute or two to celebrate getting drafted by the Raiders in the fifth round, he was soon engulfed by a sense of duty to do good by the organization that showed faith in him and to eventually prove everyone who passed on him that they made a mistake.

“I won’t forget the guys who were taken before me, the guys who I feel like didn’t do as much as me but were still picked up,” Hobbs said. “I’m just so thankful for the Raiders for taking a chance, they won’t regret it. They’re getting the best underdog they’ve ever drafted.”

The chance to prove himself could come sooner rather than later. The Raiders have a job opening at the slot cornerback position vacated by Lamarcus Joyner. While veteran Casey Hayward or second-year corner Damon Arnette are candidates to slide inside depending on who wins the outside cornerback job, the Raiders like the traits that Hobbs brings to the competition.

“He’s a 6-foot corner that’s played outside, that ran 4.45 and was probably the most physical corner in the draft,” Raiders general manager Mike Mayock said. “We believe we can move him inside and he can compete inside.”

At the least, the Raiders now have options to fill a position that has been a weak link the last two years.

In addition to Arnette and Hayward, second-year prospect Amik Robertson should be further along in his transition from an outside corner in college to a slot corner in the NFL. And Hobbs brings the necessary mindset and resume from Illinois, where he was developed by long-time defensive mastermind Lovie Smith.

The chip on Hobbs’ shoulder has helped get him through some incredibly rough times. He was only 12 years old when his father died, and over the last two years he lost both his grandmother and an influential uncle who helped steer him to adulthood by stepping up after his father’s death.

Those personal losses, combined with the constant frustration of being an overlooked football prospect at nearly every turn in his career, was the fuel he used to become a four-year starter at Illinois and pound-for-pound one of the toughest players in this draft class.

“I went through a lot of adversity in my life, and I think that shows the way I play,” Hobbs said. “I play with passion, I play with want-to. When I’m on the field, I’m going to enforce my will.”

All of which leaped off the screen when Mayock began evaluating Hobbs. Ironically, the deep dive Mayock did came at the behest of a Raiders scout who felt people were sleeping on Hobbs. The scout, intrigued by Hobbs’ length and physicality, convinced Mayock to give Hobbs a more intense look.

“So I put Nate Hobbs on and I was like, ‘Hmm, does this guy play hard.” Mayock said. “Does this guy compete.”

The chance to show that begins now. A Hobbs takes it all in, he remembers the loved ones he’s lost along the way.

“I know they’re proud of me right now,” Hobbs said. “I know they’re in heaven, looking down on me. I know their hands are on me. They’re guiding me really. I’m just so happy I could make this happen. It’s like fate.”