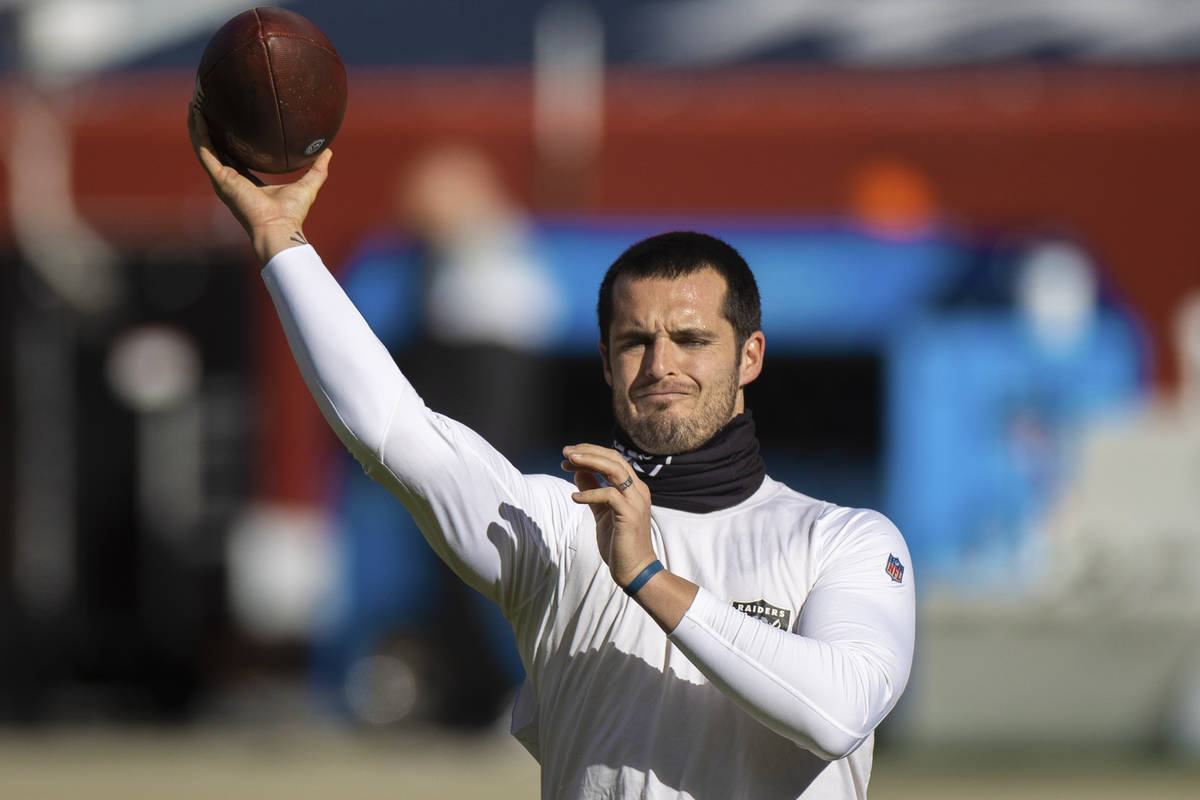 The Raiders made some surprising changes and additions to the offense during the offseason, and while it creates the potential for a more explosive and efficient unit, it might take awhile for it to come together.

The luxury of time, though, is not exactly available to the Raiders. So expediting the process comes down to players making adjustments and Raiders coaches making the best of their time to work with players.

Here is a position-by-position look at where the Raiders stand on offense:

Overview: Going into his fourth season under Jon Gruden, Carr last year oversaw the 10th-highest scoring offense in the NFL and threw for more than 4,000 yards for a team-record third straight season. But that doesn’t mean there aren’t areas he needs to improve.

If he again has to compensate for a porous defense, his ability to address his weaknesses could be the difference between the Raiders making the playoffs or going home early again. Specifically, a problem has been his play in the red zone, where he was 18th among his peers while completing only 53.8 percent of his passes.

Carr’s drop-off in the red zone reflected a team-wide problem and contributed to the 54.4 touchdown percentage in that area of the field, which ranked 23rd in the NFL. Clearly, the Raiders need to convert more red-zone visits into touchdowns, and Carr plays a big role in that.

Mariota is among the best backups in the league, but Peterman has yet to distinguish himself as a viable backup. His time might be running out.

Bottom line: If the Green Bay Packers make Aaron Rodgers available, it behooves the Raiders to get involved. Short of that, though, they have a quarterback who can get them into the playoffs. Mariota provides a solid security blanket.

Overview: Jacobs became the first Raiders running back since Marcus Allen to rush for more than 1,000 yards in successive seasons last year. However, partially the result of flux along the offensive line and another late-season bout with injuries, his per-yard average plunged from 4.8 yards in 2019 to 3.9 in 2020 and his per-game rush total was down from 88.5 yards to 71.

Getting that squared away was a huge point of emphasis for the Raiders, and it included getting younger and more physical on the offensive line and investing in a quality backup running back.

While the investment in Drake raised eyebrows, it not only made perfect sense but also was a shrewd move on multiple levels. Drake will be RB 1B to Jacob’s RB 1A, playing in conjunction with him at times and in lieu of him at others. The objective is to get both players to the end of games and the final stretch of the season healthy.

Drake also will come in handy in the red zone, where his ability to line up at wide receiver will add a new flavor to Gruden’s playbook.

Bottom line: Between the potential of the Jacobs-Drake tandem and a return to health of valuable fullback Alec Ingold, don’t be surprised by a big surge from this group.

Overview: The next step in the process for Ruggs is becoming more of a weapon with the ball in his hands rather than just as a decoy. For that to happen, he needs to improve physically and as it relates to the finer points of playing wide receiver. But Gruden also has to figure out more ways to get him the ball.

Edwards has a chance to develop into the big, dependable wide receiver the Raiders have been lacking, but he needs to stay healthy. Renfrow continues to be a trusted ally of Carr.

In Brown and Snead, the Raiders added veterans who bring starting quality resumes and can provide much-needed depth and versatility.

Bottom line: Renfrow’s 56 catches were the most among Raiders wide receivers last season. Nelson Agholor was second with 48. But those numbers ranked 57th and 82nd in the NFL.

It’s an absolute must the Raiders get more production from their wide receivers to help offset the dominance of tight end Darren Waller. Ruggs and Edwards have the potential to be those players, but it has to happen soon.

Overview: Waller is among the best at his position in the NFL. Moreau is healthy after suffering a devastating late-season knee injury in 2019. His ability to find the goal line could change some of the red zone dynamics.

Carrier is a valuable blocker and special teams player, but Bushman, an undrafted free agent from Brigham Young, has long-range potential and could win a roster spot.

Bottom line: The Raiders have a nice blend at tight end, especially if Moreau can re-emerge.

Overview: The Raiders took a calculated risk by making major moves along the offensive line. In their quest to get younger, more physical and less expensive, they traded veterans Trent Brown, Gabe Jackson and Rodney Hudson.

Brown was mostly AWOL since the final month of the 2019 season, so his loss isn’t significant. Jackson and Hudson, though, leave big shoes to fill.

The Raiders are putting a lot of faith in offensive line coach Tom Cable to make it work, beginning with his faith in James, who is on target to replace Hudson, and extending to the support he showed during the draft for Leatherwood, who is expected to be the starter at right tackle.

That leaves the two guard positions to be settled, with Incognito and Good the odds-on favorites to claim them. But Simpson isn’t about to concede anything, and Martin might be too good not to get in the lineup even if he gets beat out by James.

Miller has developed into one of the NFL’s better pass-blocking left tackles.

Bottom line: The Raiders are hoping they can get a full season from their projected starting offensive line after last year’s group gave them just five snaps together. They also hope to create depth with Simpson and Martin and by bringing along two of the young tackles.