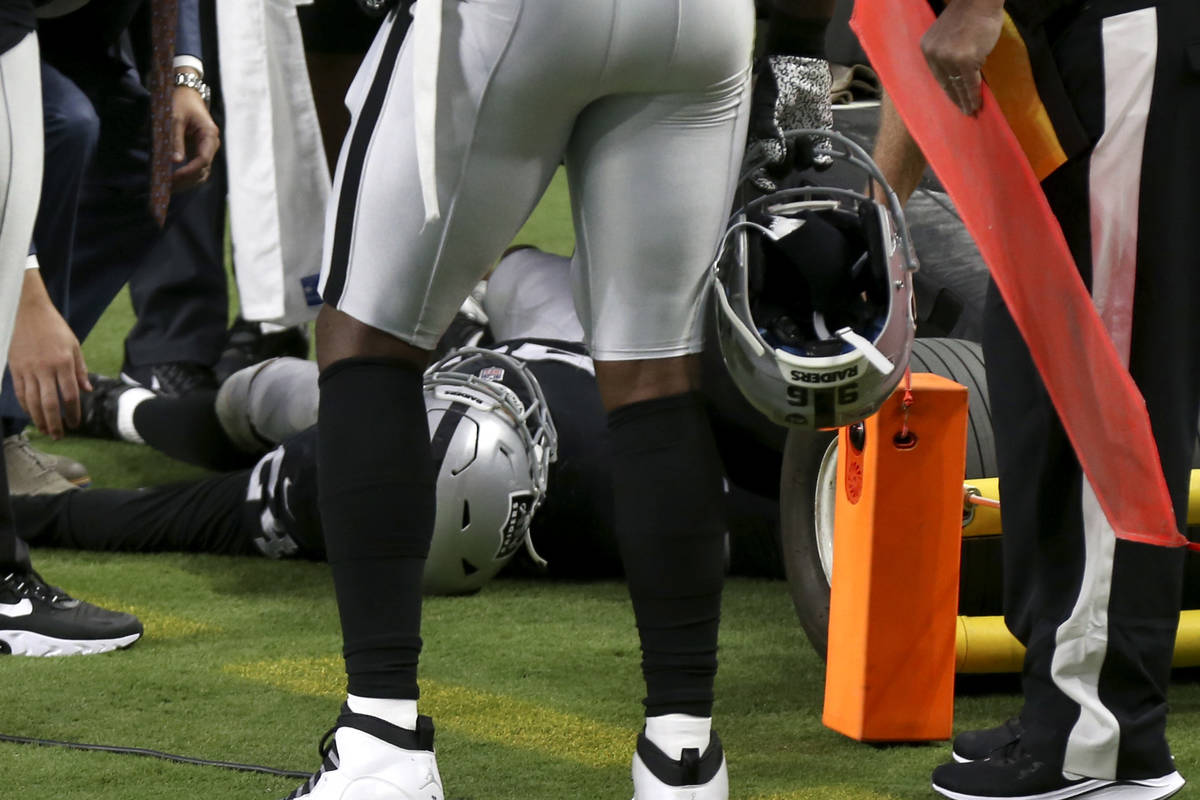 Las Vegas Raiders safety Johnathan Abram (24) lies on the ground after hitting a tv camera cart during the first half of an NFL football game against the New Orleans Saints, Monday, Sept. 21, 2020, in Las Vegas. (AP Photo/Isaac Brekken)

FOXBOROUGH, Mass. — Raiders safety Johnathan Abram is expected to play on Sunday against the Patriots despite injuring his collarbone crashing into a TV cart on Monday against the New Orleans Saints.

According to a person with knowledge of the situation, a small piece of Abram’s collarbone chipped off upon his colliding with the cart after chasing Saints running back Alvin Kamara out of bounds near the Raiders’ end zone. He also suffered an AC joint sprain.

On the play, Abram stumbled to the ground and then rolled into the cart, which was supporting a television camera. Abram continued to lay on his back as he tried to catch his breath. He left the game but eventually returned.

Abram was listed on the Raiders’ practice injury report this week with a shoulder injury but was a full participant during practice.