RJ App
Vegas News, Alerts, ePaper
OPEN
Josh Jacobs rushed 27 times for 99 yards and a score, playing much of the second half with an injured finger. 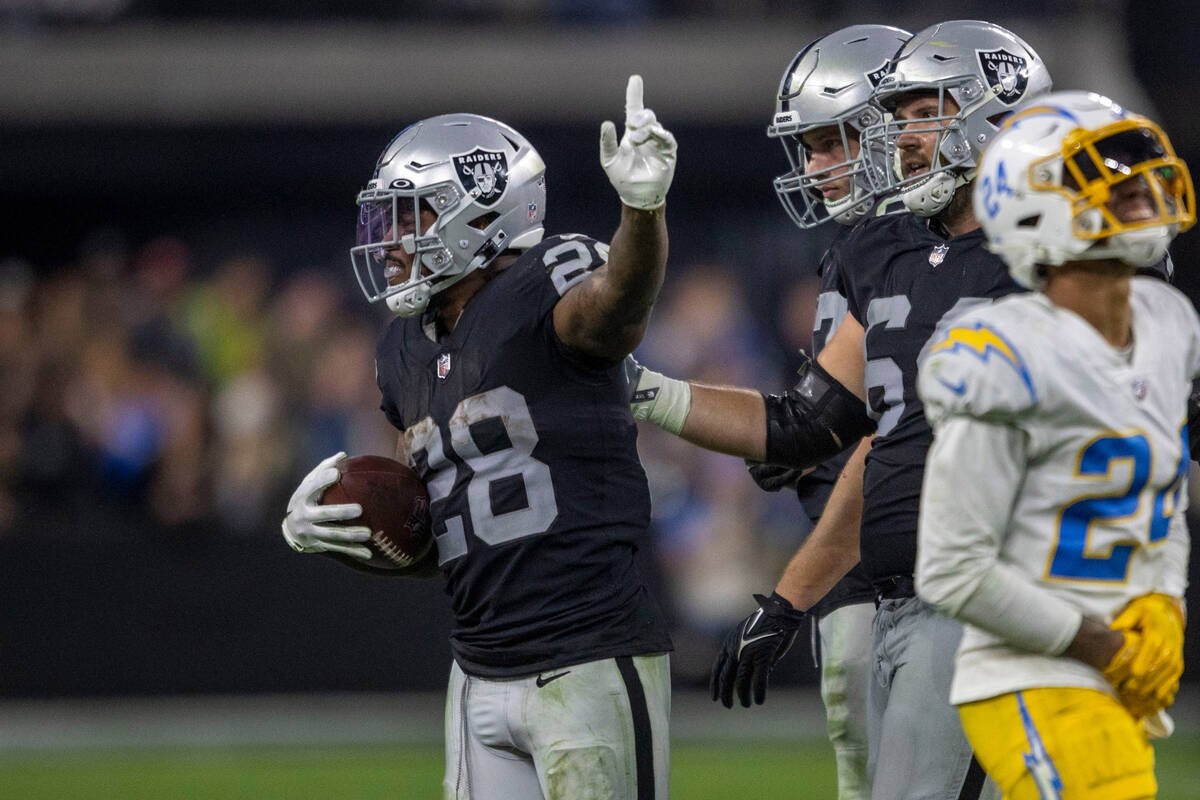 Raiders running back Josh Jacobs (28) signals for a first down with tight end Foster Moreau (87) and guard Alex Bars (64) as Los Angeles Chargers safety Nasir Adderley (24) walks off during the second half of an NFL game at Allegiant Stadium on Sunday, Dec. 4, 2022, in Las Vegas. (Heidi Fang/Las Vegas Review-Journal) @HeidiFang

INGLEWOOD. Calif. — Raiders running back Josh Jacobs, who has been limited the last two weeks with calf and quad injuries, is active for Thursday’s game against the Rams at SoFi Stadium.

Jacobs, who was listed as questionable on the injury report this week, has been a key part of the Raiders’ offense while rushing for a league-leading 1,303 yards.