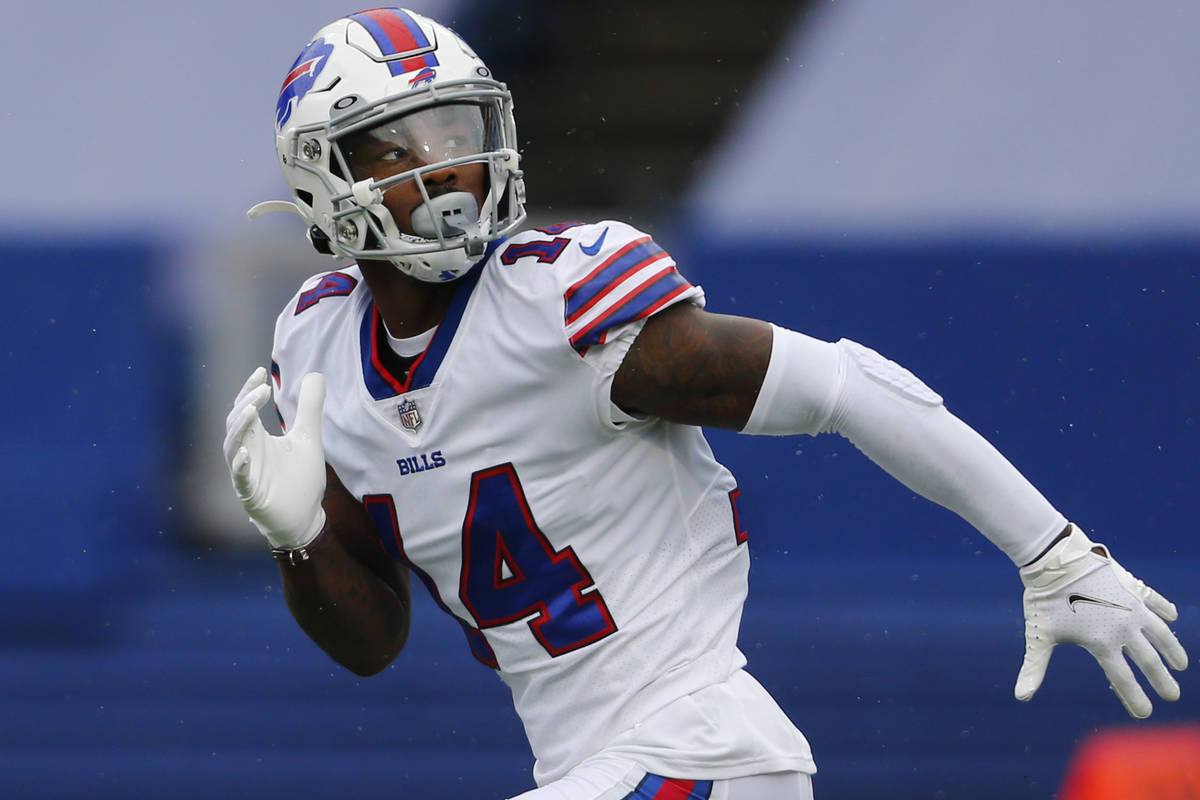 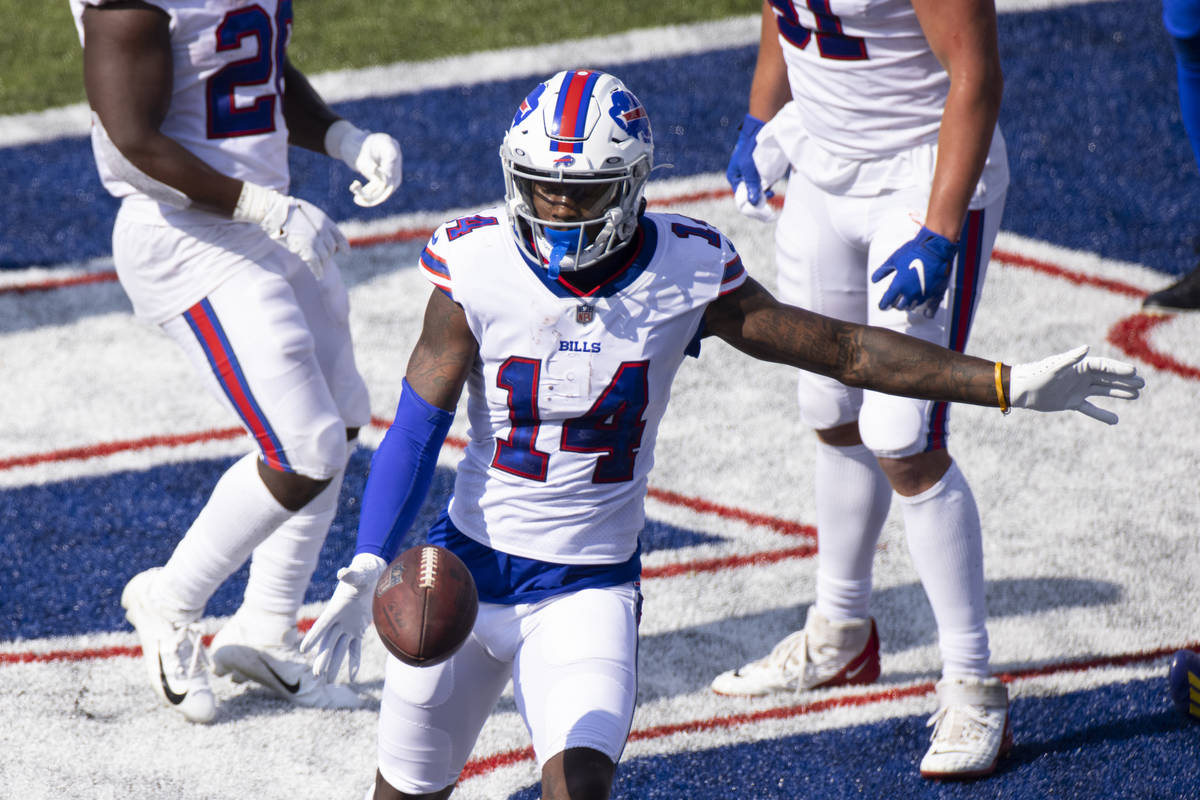 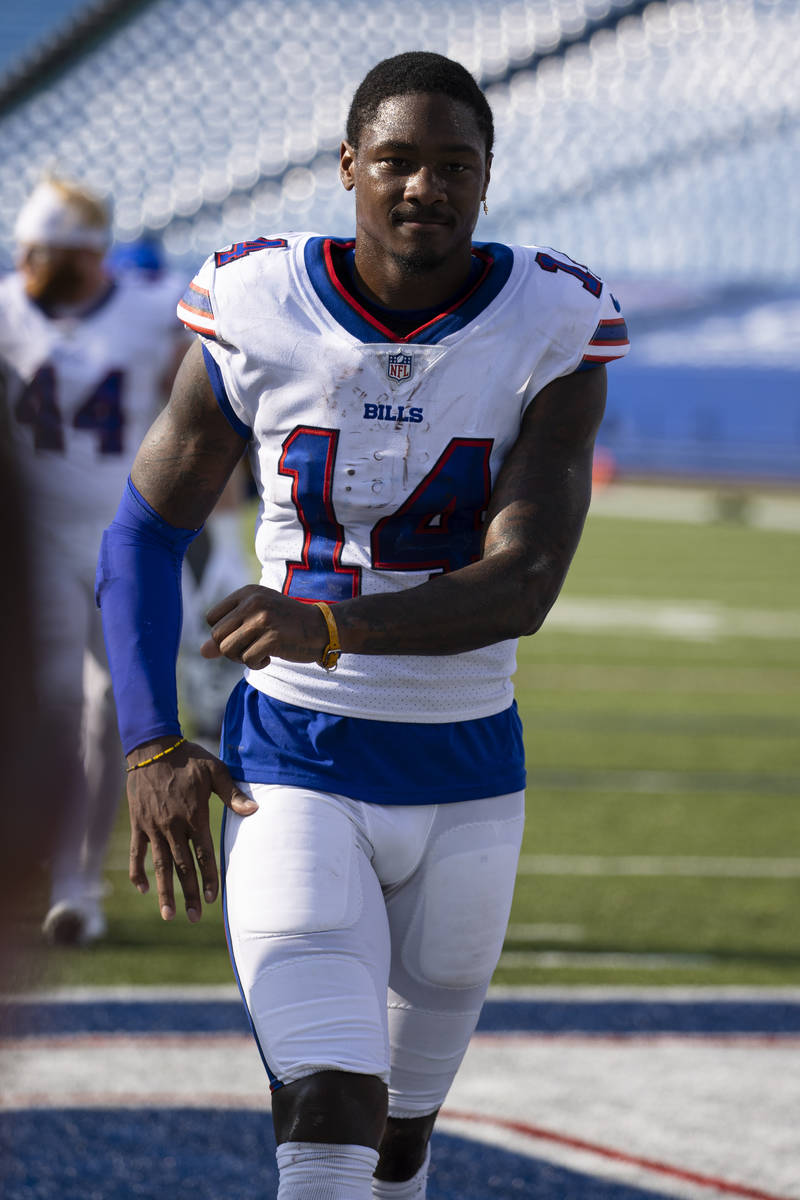 Either way, they don’t want to talk about him. Not while they’re 0-3.

Not while he’s flourishing with the unbeaten Buffalo Bills.

Diggs, 26, has invigorated the Bills offense with his array of abilities, giving the franchise its first true No. 1 receiver in more than a decade. At 6 feet and 191 pounds, he’s capable of lining up at any spot, running any route and putting plenty of pressure on the Raiders, Buffalo’s opponent at 1:25 p.m. Sunday at Allegiant Stadium.

Diggs told reporters last month before Week 1 that he carries a chip on his shoulder. Perhaps that’s a cliche, but it’s probably true for a former fifth-round pick who was traded while on the precipice of his prime.

“This is a good situation for me,” the Gaithersburg, Maryland, native told reporters last month. He described his new teammates as “a lot of late-round guys, not a lot of first-round guys, a lot of guys with something to prove each and every day. So I think it’s jelling well.”

The Washington Catholic Athletic Conference is one of the most competitive high school conference in the country. It yields professional football players year after year. Diggs was one its best players — as a freshman.

The shifty speedster was an all-conference pick as a specialist in 2008, foreshadowing three additional years of uncanny individual and team dominance at Our Lady of Good Counsel High School in Olney, Maryland.

“He just had a different level of elusiveness than everybody else on the field,” said Joe Patterson, who coached against Diggs at Washington powerhouse St. John’s College High School. “It was really his ability to play in a manner where other people’s angles and techniques didn’t always compute to success.”

Diggs’ versatility stymied opposing game plans and helped Good Counsel claim league titles during his sophomore, junior and senior seasons. He unsurprisingly emerged as a consensus five-star recruit, one of the top two receivers in his recruiting class and a top draw for locals seeking fun on Friday nights.

“The games would be packed. You would hear the kids saying ‘I’m here to see Stefon Diggs,’ ” said Reggie Gooch, a former quarterback and assistant coach at Good Counsel. “The kids knew it. The adults knew it. Everybody in the area knew that one day he would be in the NFL.”

As a defensive back, Diggs posted 31½ tackles, 5½ tackles for loss, four interceptions and three forced fumbles as a senior. As a wide receiver, he had 36 receptions for 770 yards and eight touchdowns and 17 carries for 277 yards and three touchdowns, according to the Washington Post.

He also scored twice on special teams and helped the Falcons to a 12-0 record.

Former Maryland coach Randy Edsall began recruiting Diggs during his sophomore season and prioritized his recruitment until he picked the Terrapins in February of 2012 over conventional powers like Auburn, Florida and Ohio State.

“He was kind of like the Pied Piper. He made it cool for kids in that area to stay home and go to Maryland,” Edsall said. “It sent a message. … He was a leader when it came to things like that. And I think he thrived on those type of opportunities and those type of situations.”

Diggs did at Maryland what he did at Good Counsel. He made plays.

When he was on the field.

Injuries limited Diggs to 28 of 38 games during his three-year career for the Terrapins. But when he played, “he was able to make a big play at any time, on any Saturday,” Edsall said.

“He could change the complexion of a game very, very quickly,” he added.

Diggs managed 2,227 receiving yards and 14 touchdowns during his three collegiate campaigns, along with two kick-return scores. Yet he fell to pick No. 146 of the 2015 NFL draft.

Edsall believes that “fueled his fire.”

“He probably had a chip on his shoulder, and then you just take a look at what he did with the Vikings,” Edsall said. “That kind of a challenge was probably better for Stefon than say, maybe if he was a first- or second-round draft choice.”

Diggs in Minnesota made 365 receptions for 4,623 yards and 30 touchdowns — including a career-high 1,130 yards last season. But he finished 46th in the NFL with 94 targets despite averaging 17.9 yards per reception and occasionally clashed with the organization.

The Vikings responded by trading him to Buffalo for a 2020 first-round pick.

The Bills have tapped into Diggs’ talents by using him in a variety of roles in their various formations. He already has eight catches from the slot and is lining up there 11 percent more often than last year, per Pro Football Focus.

He had 12 catches from the slot last year with the Vikings and often was a secondary option to Adam Thielen during his tenure in Minnesota.

Minnesota coach Mike Zimmer has downplayed Diggs’ absence and brushed off any mention of him, telling local reporters that the Vikings “just got to run our offense” when asked about the struggles in their receiving corps.

They rank 29th in passing offense while the Bills rank second. Diggs ranks fourth in receiving yards with 288 yards on 20 catches.

“He’s been doing this since little league,” Gooch said. “People still talk about him to this day, as far as what he did in high school or what he did at Maryland.”

Or what he did in Minnesota and what he’s doing in Buffalo.