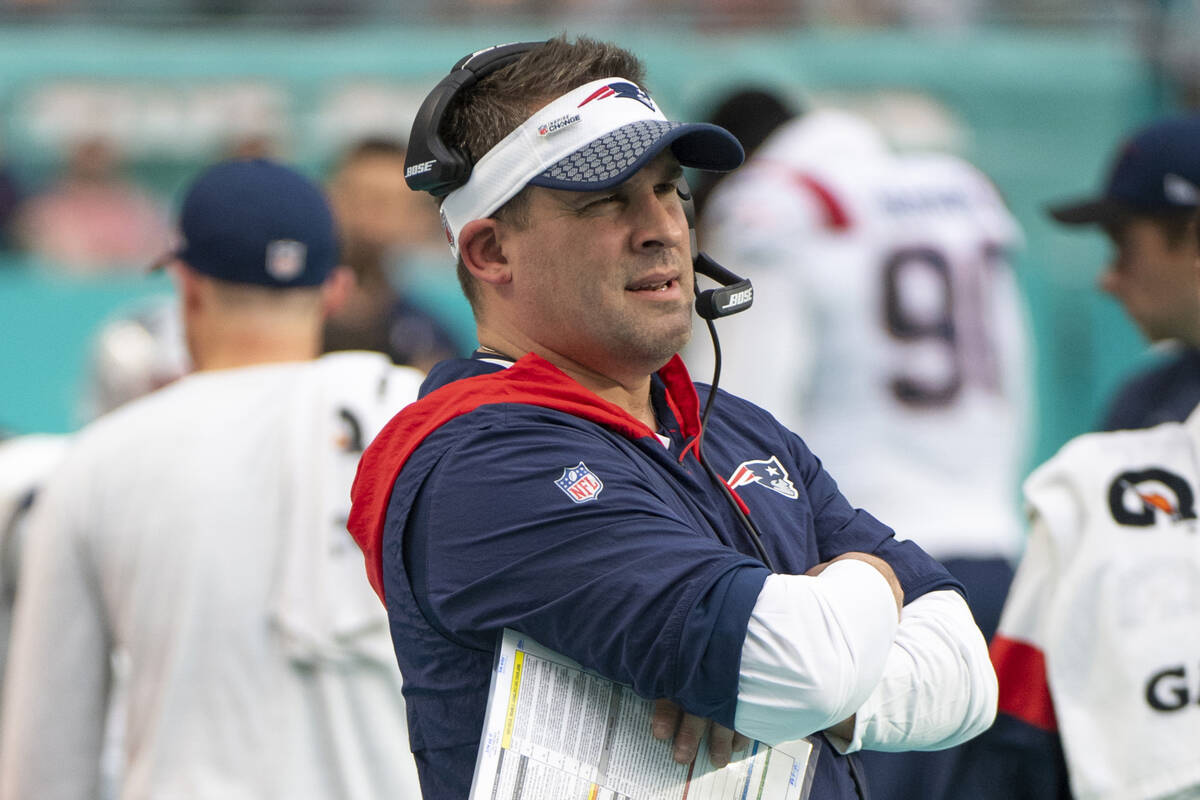 The latest twist in the Raiders’ search for a head coach and general manager is pointing them eastward. Specifically toward the New England Patriots and some of the key figures in their success.

The Chicago Tribune is reporting that Eberflus is interested in hiring Raiders interim head coach Rich Bisaccia as his special teams coach if he doesn’t get the Raiders’ job.

All three have ties to each other.

It was McDaniels who gave Ziegler, his former John Carroll University football teammate, his first NFL job when McDaniels was the head coach of the Denver Broncos in 2010. Kelly, McDaniels and Ziegler all worked together in Denver.

The connection is key as multiple industry sources indicate a reunion among them could happen in Las Vegas, with McDaniels as the head coach, Ziegler as the general manager and Kelly as the assistant general manager.

First things first, and that is McDaniels interviewing with the Raiders and owner Mark Davis, perhaps as early as Friday. The club and McDaniels have been circling each other since the beginning of the process, with the highly selective McDaniels doing his due diligence on the Raiders over the last few days.

The sense now is, McDaniels is intrigued by the opportunity to coach the Raiders, as are the Raiders to bring him in. Any request by the Raiders for permission to talk to him probably doesn’t happen without some assurances their interest in him is reciprocated.

That is a key distinction. McDaniels’ last serious pursuit of a head coaching job ended up with him agreeing to become the head coach of the Indianapolis Colts in 2018 only to back off at the last second. The situation is bound to come up when McDaniels and the Raiders meet, and presumably, a satisfactory explanation will be required.

In addition, McDaniels will also have to prove his growth and maturity since his highly publicized failure in Denver when he lasted just two years while guiding the Broncos to an 11-17 record from 2009 to 2010.

Before and after the Broncos situation, though, McDaniels has been a highly respected assistant with the Patriots, for whom he has served various positions, on and off, since 2001.

It has been his longtime work as the Patriots’ offensive coordinator, though, that has earned him the most accolades. Industry insiders believe McDaniels has grown from the Denver and Indianapolis situations, and that he represents exactly what the Raiders need in a new coach.

“He’d be great for them,” said an NFL executive on another team when asked about McDaniels.

In the meantime, there has been no announcement of any contact with Michigan coach Jim Harbaugh, long thought to be a leading candidate for the Raiders job.

The Jaguars were interested in both Hackett and Eberflus, but appear to be zeroing in on Buccaneers offensive coordinator Byron Leftwich, a former Jaguars quarterback, and Vic Fangio, who was most recently the head coach of the Broncos.

If Daboll goes to the Dolphins, that would leave former Miami coach Brian Flores as the top candidate for the Giants job.

After hiring Kwesi Adofo-Mensah as their general manager, the Vikings are getting more focused on hiring a head coach. Among the candidates are San Francisco 49ers defensive coordinator DeMeco Ryans and Los Angeles Rams offensive coordinator Kevin O’Connell.

The Saints are just now getting into search mode after the resignation of longtime head coach Sean Payton, with Saints defensive coordinator and former Raiders head coach Dennis Allen seen as a front-runner.

The Raiders are the only team left still looking for a general manager after the Giants, Vikings and Bears filled those positions.