RJ App
Vegas News, Alerts, ePaper
OPEN
Olson on how Waller came to be a Raider 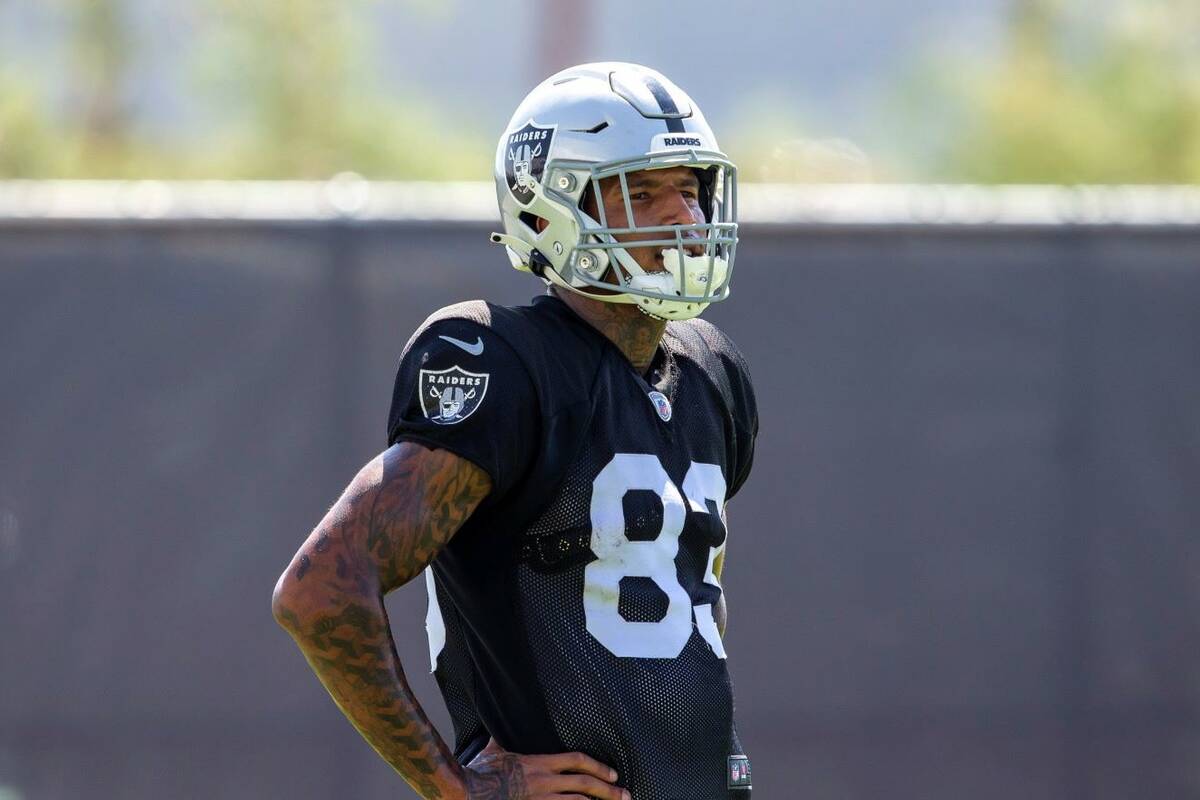 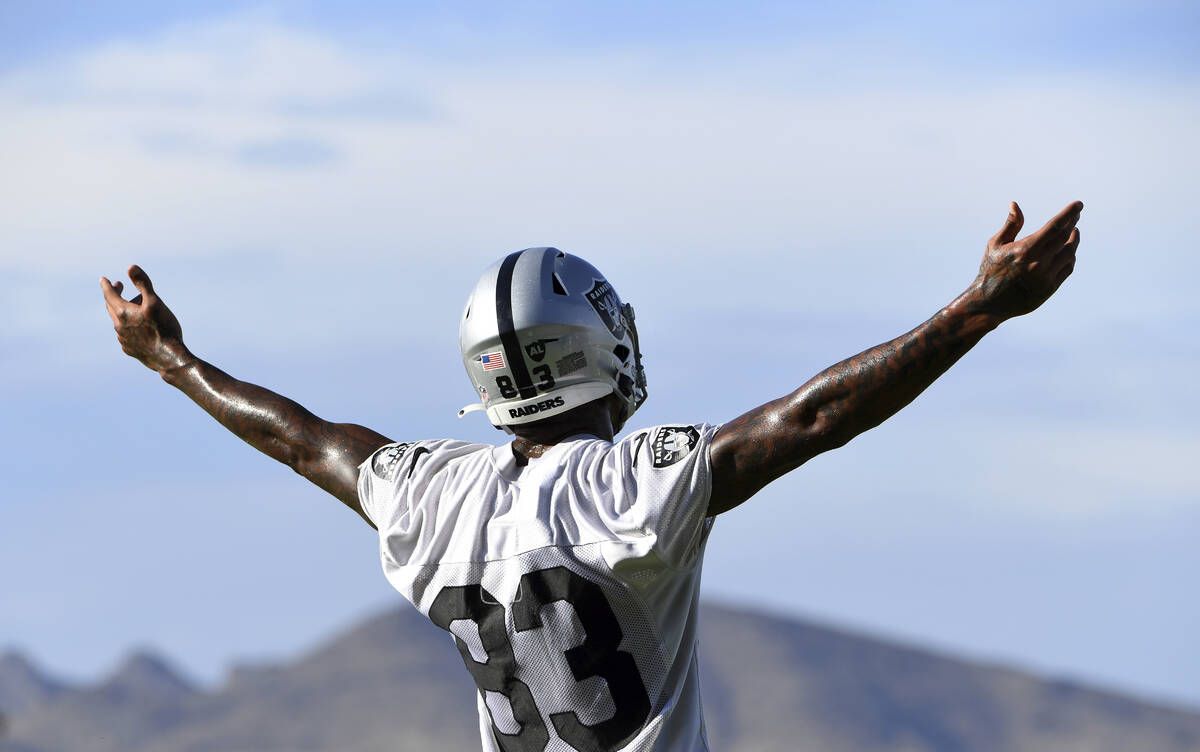 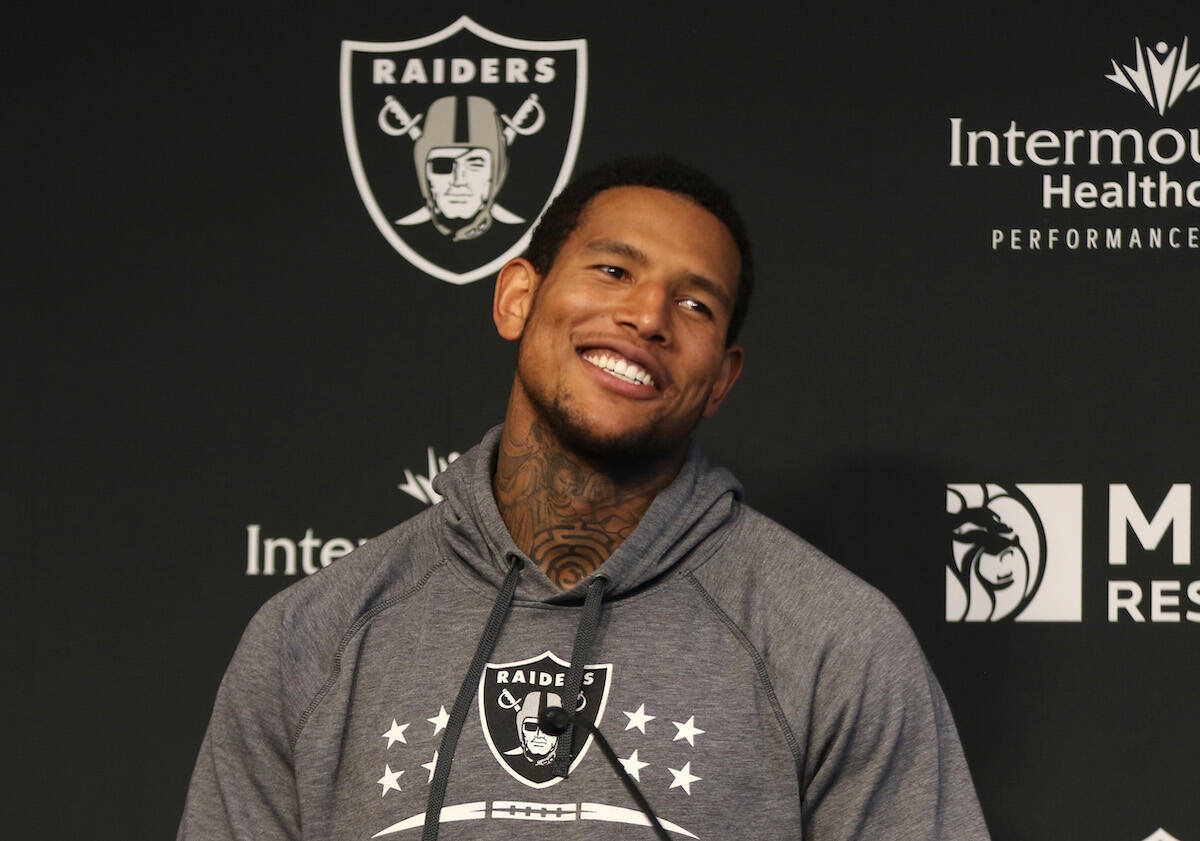 Raiders tight end Darren Waller was pensive at the podium Thursday afternoon inside the media room at the team’s training facility. Reflective and measured with his words.

He’ll begin his third full season with the club on Monday, his 29th birthday, against the Baltimore Ravens, the team that drafted him in 2015. He’s on the precipice of his prime as one of the best players in the NFL.

“As a human being, I’ll naturally reflect on my times there,” Waller said, flashing a soft, gentle smile in between sentences. “Once the ball is kicked off, then I got plenty of things to worry about. … It’ll just be normal football.”

Waller has changed the trajectory of his career since the Raiders signed him during the 2018 season off Baltimore’s practice squad. He’s emerged as one of the NFL’s best pass catchers — and one of the faces of a historically proud franchise.

He’s working daily to conquer addiction when he’s away from the gridiron and opposing defenses when he’s on it.

In two-plus years, he’s blossomed from an afterthought for one team into a focal point for another — earning standing as the NFL’s 35th- best player and second-best tight end, according to his peers in the league’s annual Top 100 survey.

On Monday night, he’ll begin his quest for a third consecutive 1,000-yard season and continue his quest to inspire those with similar stories.

“As a former safety, as a former defensive back, I would want nothing to do with Darren Waller. Nothing,” said former NFL safety Louis Riddick, now an analyst and broadcaster for ESPN. “You can tell he likes the game, and considering everything he’s overcome, it keeps him hungry. … He deserves everything coming his way.”

Waller will still come home to train at North Cobb High School in Acworth, Georgia, where he was once a lanky safety with a passion for football and a penchant for contact. He knocked a teammate’s teeth out while defending during a spring seven-on-seven workout, forcing his high school coach, Shane Queen, to pocket them for the remainder of the practice.

His combination of size and speed are uncanny at the NFL level. Imagine him at the high school level.

“I knew he had the size and the speed (to play in the NFL),” said Queen, whom Waller has known since he was in junior high and with whom he still maintains a friendship. “But honestly, the transition he’s made from a defensive player to the offensive side of the ball, I don’t think anybody could have seen what he’s done.”

Waller attended a football camp at nearby Georgia Tech in Atlanta, promptly earning a scholarship offer when Paul Johnson’s staff “watched him run around out there,” Johnson said.

His talent was conspicuous from the time he stepped on campus, but his focus waned as he dabbled with recreational drugs — triggering crucial conversations with Johnson about his future.

“He was battling his demons at times,” said Johnson, who explained that Waller was nearly dismissed from the team because of his drug use and failed tests. “He did a good job of masking a lot of that. I never realized it was probably as bad as it was.”

That’s because Waller could compartmentalize those demons when he stepped on the football field. That is according to his former college quarterback, Vad Lee, with whom he played the 2013 season.

He would overwhelm opposing defensive backs with his size and speed, even in a run-first offense that didn’t maximize or suit his rare combination of skills.

“Football was a safe space for him to kind of get away from those things,” Lee said of the challenges Waller faced off the field. “We weren’t totally aware of his circumstances and what he was going through. … Every time he came to the field, he showed up ready to play.”

Waller concluded his college career in 2014 with 446 receiving yards and six touchdowns, flashing enough promise to warrant a sixth-round selection in the 2015 draft. That in spite of the developing drug addiction that would warrant a four-game NFL suspension in 2016 and a yearlong suspension in 2017.

“He was a really good player in college when he was battling (his demons),” Johnson said. “He became a much better player after he got through them.”

Waller on Thursday expressed gratitude for the role the Ravens played in his career. They certainly didn’t have to retain him on their practice squad. Not after a pair of drug-related suspensions.

He played sparingly during his first NFL seasons and started his sobriety while suspended in 2017. He toiled away in relative anonymity on Baltimore’s practice squad the following season.

“There were just question marks with the personal issues,” said Smith, who left the Raiders after last season to become the run game coordinator and offensive line coach of the Los Angeles Chargers.

Then, on Nov, 25, 2018, the Raiders visited Baltimore in what turned out to be fateful day. Las Vegas offensive coordinator Greg Olson retold the story Friday. About watching Waller warm up before the Raiders’ 34-17 loss to the Ravens and the conversation with coach Jon Gruden and former general manager Reggie McKenzie that ensued on the team plane afterward.

“I actually said, ‘Coach, I’ve never seen anyone like this,’” Olson recalled. “We were on the runway actually and he said, ‘Sign that guy that you saw on the practice squad.’ We just signed him.’”

After that, Smith sought to develop a personal connection with the tight end that would precede the working relationship between coach and player. He helped Waller develop a support system comprised of other staffers and connected him with a Narcotics Anonymous chapter in the Bay Area.

Waller played the final four games of the 2018 season with the Raiders, catching six passes for 75 yards while he adjusted to his new surroundings. It was in the offseason, Smith said, that Waller began to flourish.

“You could see him kind of figuring it out,” Smith said. “He learned at such a high rate.”

Waller’s physical profile already provided him with a number of advantages, but his cerebral approach to the position expedited his growth. He was attentive in meetings, hellbent on mastering the subtleties and nuances of route running, pace and deception.

Smith would explain something and Waller would apply it to the practice field hours later.

“He’d sit there with his pen, write everything you said down and go out there and do it,” Smith said. “I just miss Darren’s calmness and his steady, unwavering approach to what he must do.”

That approach helped Waller break out in 2019 with 90 receptions and 1,145 receiving yards while playing 91 percent of the team’s offensive snaps.

He was even better last season, with a franchise-record 107 receptions for 1,196 yards and nine touchdowns despite drawing additional defensive attention as the Raiders’ best skill player.

Smith said “there’s no emotional high or low” with the way Waller approaches the game.

“He just stays to the vision and to the mission of what he wants to do and how he wants his game to be,” the coach added.

With that said, Waller seems to be at ease ahead of the 2021 season. He’s earned the respect of his peers around the league, having solidified his status as one of its best players. He isn’t fueled, though, by that status. The fame.

Or the statistical achievements that have validated his greatness.

“With my life path, I feel like there’s nothing promised for me. I can’t go through a day and feel like I have another day that’s promised,” Waller said. “It’s treat every game like it could be my last. Every play. Every moment. … It’s enjoying the game for me and enjoying being a part of a team.”