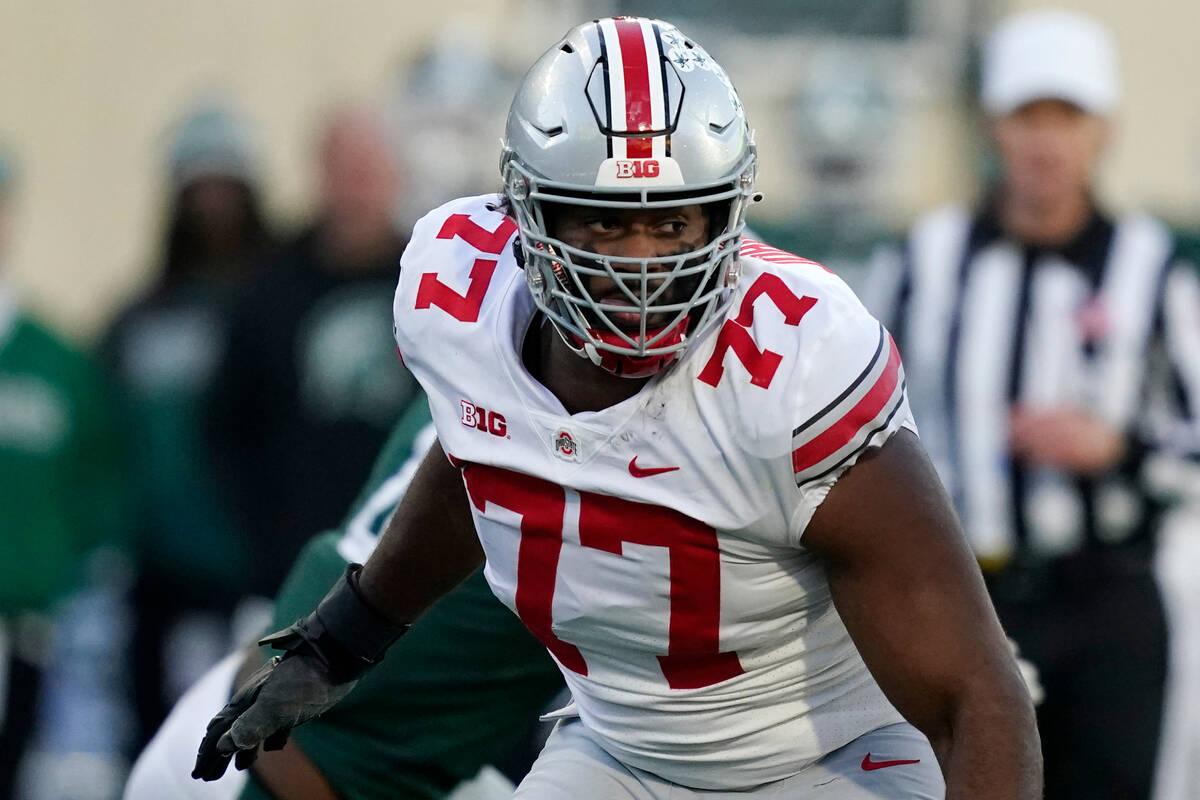 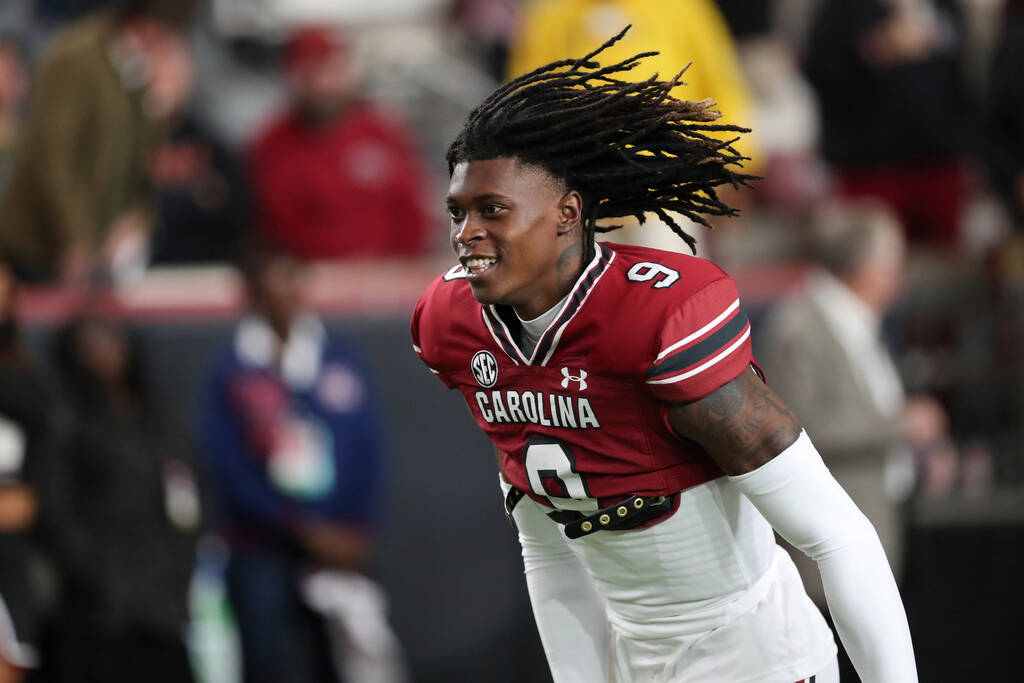 The Raiders would pick No. 2 in the first round of the 2023 NFL draft should the season end today.

Even though that sounds appealing, general manager Dave Ziegler and coach Josh McDaniels certainly hope that’s not where they end up when the season ends.

Their record should improve, which would in turn drop them down the board for the April 27 through 29 event in Kansas City, Missouri.

So in taking a way-too-early look at some of the prospects Raiders fans should keep an eye on when they’re watching games on Saturdays, we will focus on those more likely to go more toward the middle of the first round.

Here are players at positions of need for the Raiders:

Ohio State’s Paris Johnson is one player to watch. He has the versatility the current administration seems to prefer.

Northwestern offensive tackle Peter Skoronski is another player to watch. While he could stand to add strength, his pass blocking could be used to teach fundamentals to even some pros.

Maryland’s Jaelyn Duncan is still a bit raw, but could rise up draft boards if he continues to sharpen his natural abilities this season.

The Raiders could also look inside at Minnesota interior lineman John Michael Schmitz, a center who has never allowed a sack in his collegiate career.

One player outside the conference is Florida’s O’Cyrus Torrence, who followed coach Billy Napier from Louisiana-Lafayette to Gainesville. He was ranked the No. 4 offensive guard in all of FBS last season and hasn’t given up a sack since 2019.

While the Raiders have done a good job developing potential stars in second-year starters Nate Hobbs and Tre’von Moehrig and filling in capable players around them, there is more restocking to be done.

Cornerback Cam Smith has played inside, outside and at safety for South Carolina. Again, this is an organization that values versatility.

While his father was a feared 250-pound linebacker, Penn State’s Joey Porter Jr. is a long-armed cornerback who can play physical man coverage while also displaying good awareness in zone.

Colorado transfer Christian Gonzalez hasn’t missed a beat at Oregon, where his size and speed have served the Ducks well in the secondary.

Georgia’s Kelee Ringo’s elite speed may make him a hot commodity in the draft process, though he is still largely a work in progress.

Texas A&M’s Antonio Johnson can play safety or slot corner. He has the physicality to play a big role in the run game near the line of scrimmage, but is more than capable in coverage.

While the Raiders have Maxx Crosby and Chandler Jones up front, Jones is getting older and depth on the edge is always desirable.

Notre Dame pass rusher Isaiah Foskey is still working on his ability to set the edge in the run game, but has a very developed repertoire when going after the quarterback.

Clemson defensive tackle Bryan Bresee is a problem for opposing offensive lines. He clogs up running lanes and shows speed and power as a pass rusher while using his 6-foot-5 frame to affect passing lanes.

Another defensive tackle, Keeanu Benton of Wisconsin, doesn’t possess elite athleticism. He does have sufficiently quick feet and is effective at using his power to occupy blockers and clog the middle of the field.