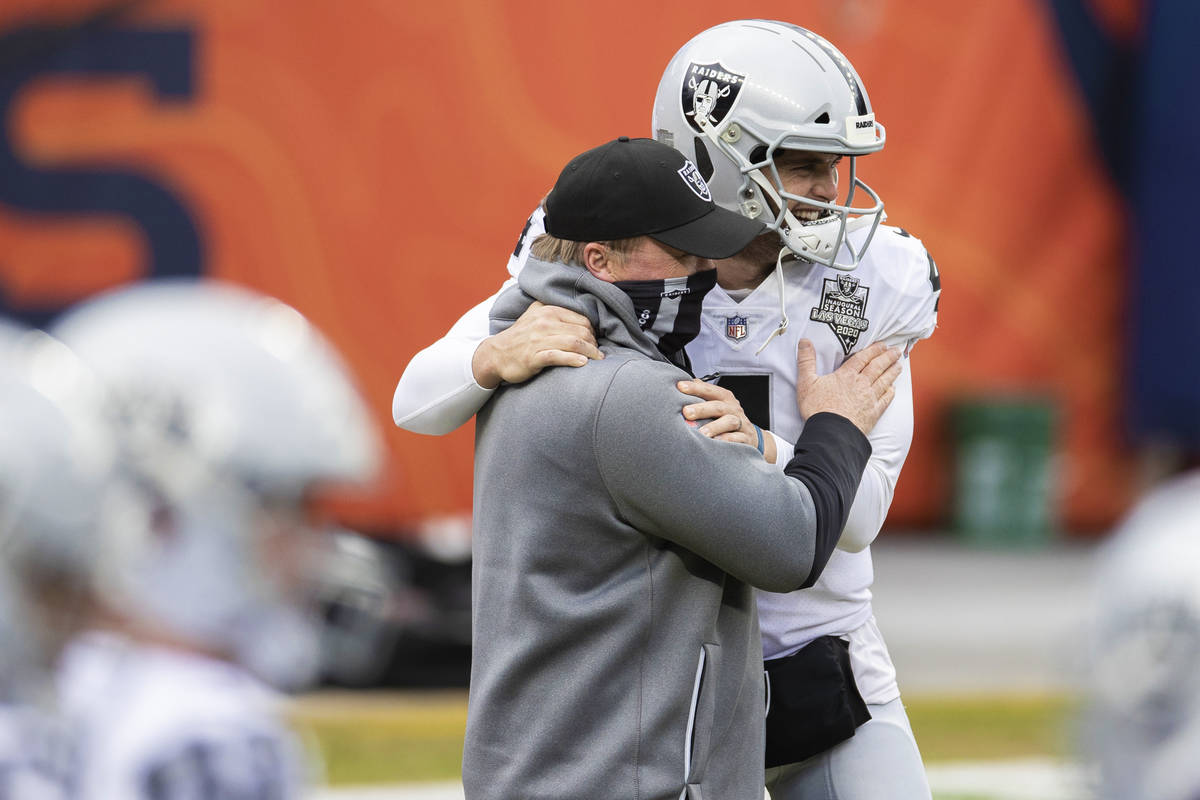 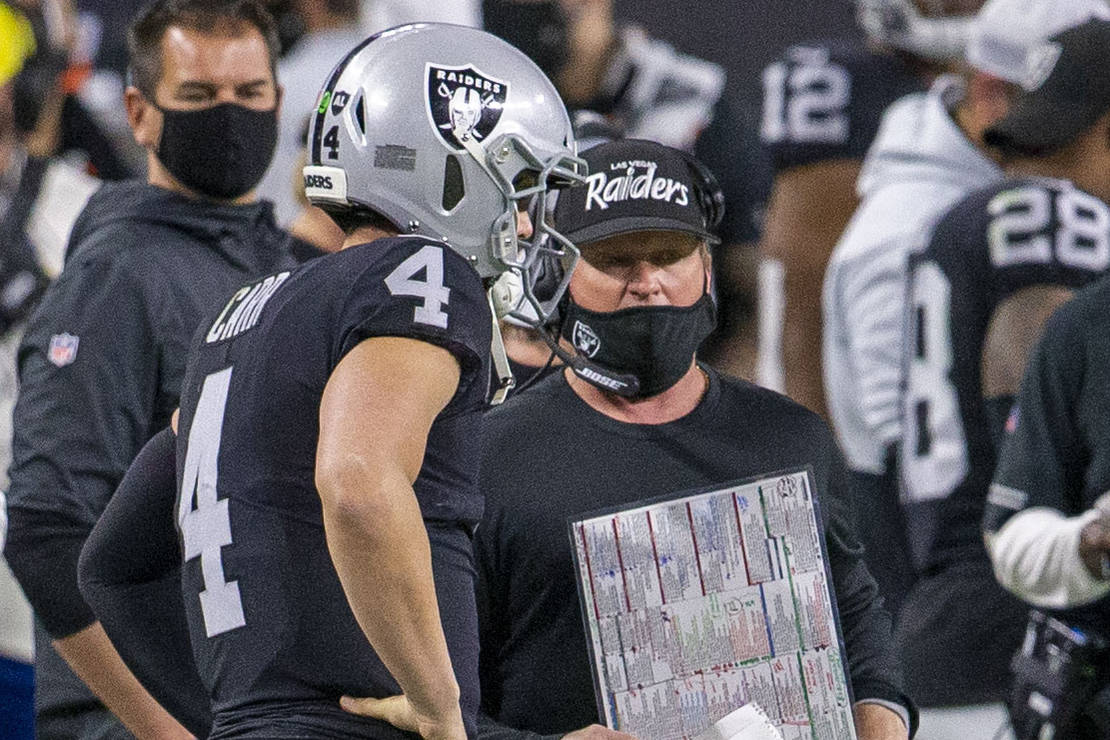 With training camp less than four weeks away, Raiders fans are anxious to get the 2021 season started. As usual, they have plenty of questions about their favorite team, including the viability of new center Andre James, the usage of second-year wide receiver Henry Ruggs and whether Jon Gruden and Derek Carr are on the hot seat.

obi wan (@obiwan61767474): If the Raiders don’t make the playoffs this season, is it time to move on from Jon Gruden and Derek Carr?

VB: The Raiders believe they have made the necessary improvements to deliver a season for which the playoffs are a realistic goal. Anything less than that will be considered a huge disappointment.

Nevertheless, there is nuance to every situation. For instance, a 5-12 non-playoff season is entirely different from an 11-6 season that falls short of the postseason.

The best way to sum it up is: Even if you take the playoffs out of the equation, the sense is the Raiders will have an abundantly clear idea, one way or another, whether to move forward with their head coach and quarterback after the 2021 season.

Mr (@nearly4307): If Andre James is ready to start, why didn’t we see him on the field last year when the offensive line was continually shuffling the lineup? Is he strictly a center?

VINCENT BONSIGNORE: The short answer is yes, he was strictly the backup center to Rodney Hudson and was not under consideration for playing time at any other position.

The question about whether James is ready to start will be determined during training camp when he and Nick Martin compete for the starting job. However, by all indications the Raiders coaching staff is satisfied with where James is after a two-year development process and liked what they saw during the offseason program.

All that said, the regular season will be the ultimate test as to whether James can provide a dependable level of play as a down-in-down-out starting center in the NFL.

michael dalsky (@rudy7799): Will some fans be allowed to watch training camp practices?

VB: The Raiders have not officially announced their training camp plans. With space at a premium at their Henderson practice facility, including parking, it seems dubious that any sort of large-scale fan participation will be possible during the bulk of their practice schedule at that location. However, when the NFL announced a league-wide coordinated start to training camps — set for July 27 — it also indicated all teams will have some sort of fan event on July 31. For the Raiders, that could mean some sort of event at Allegiant Field.

Keep in mind, the Raiders did conduct two scrimmages at Allegiant Stadium last year, so the door is open to something along those lines, as well. Last reminder, whatever the Raiders do concerning fan participation, it will be subject to all state and local COVID-19 guidelines.

Memo Raya (@memoraya): How are Alex Leatherwood and Andre James looking so far?

VB: Have to preface this by saying NFL OTAs are limited to non-padded work, so please keep that in perspective. However, the initial glimpse of both players revealed a couple of young, powerful, athletic offensive linemen. Those are pertinent qualities, even at this stage, as the Raiders’ zone run game is predicated on athletic offensive linemen getting to the second level. Both James and Leatherwood appear to fits what the Raiders do in the run game.

TheRealOliverBeans (@oliver_beans): Have there been any thoughts of moving Henry Ruggs to the slot, so we could field newly acquired John Brown and returnees Bryan Edwards and Ruggs as the receivers?

VB: The Raiders have been clear in their intent to get Ruggs more touches, so expect to see him used in a variety of different ways to create favorable matchups.

MOST READ: Raiders
1
Jekyll and Hyde Raiders fall to 0-3 after loss to Titans 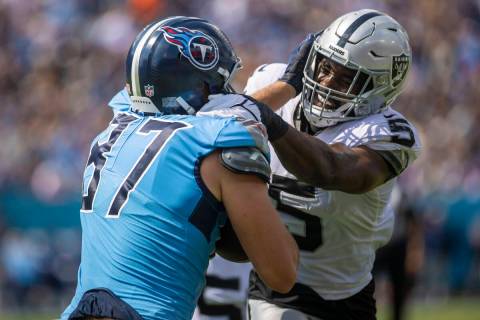 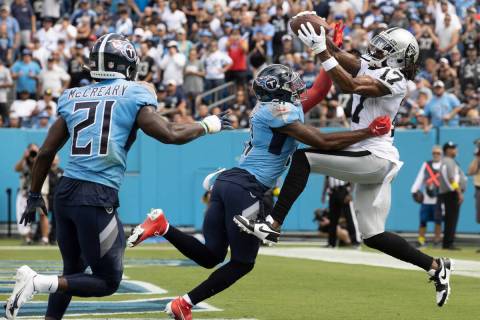 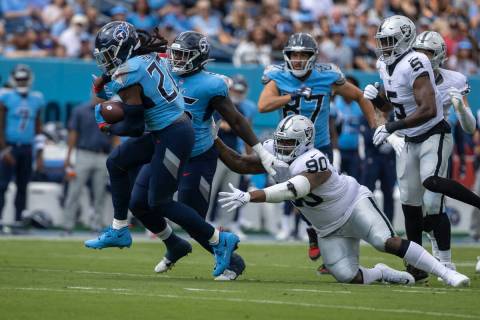 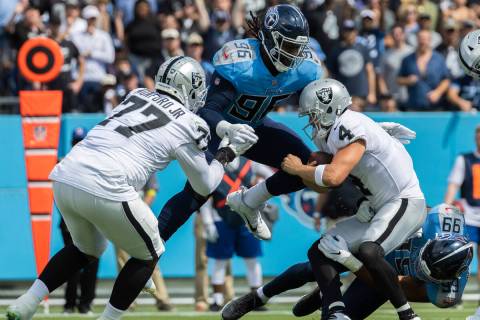 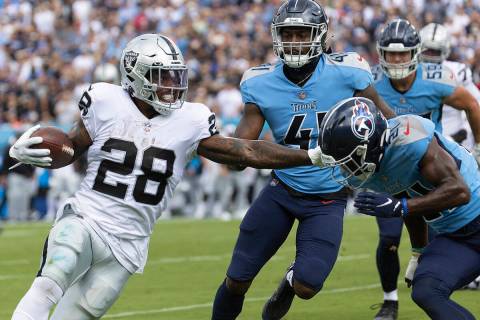 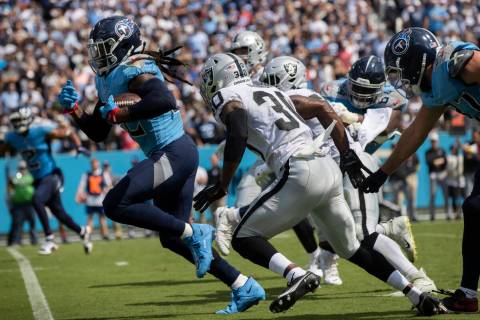 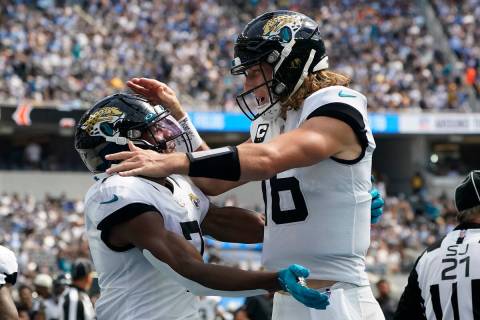 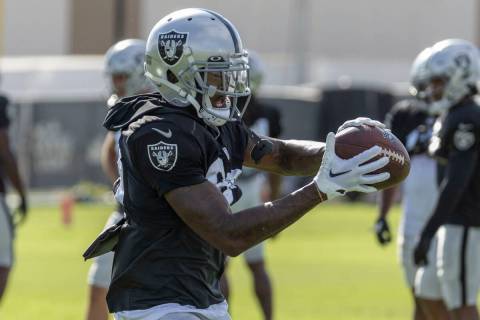