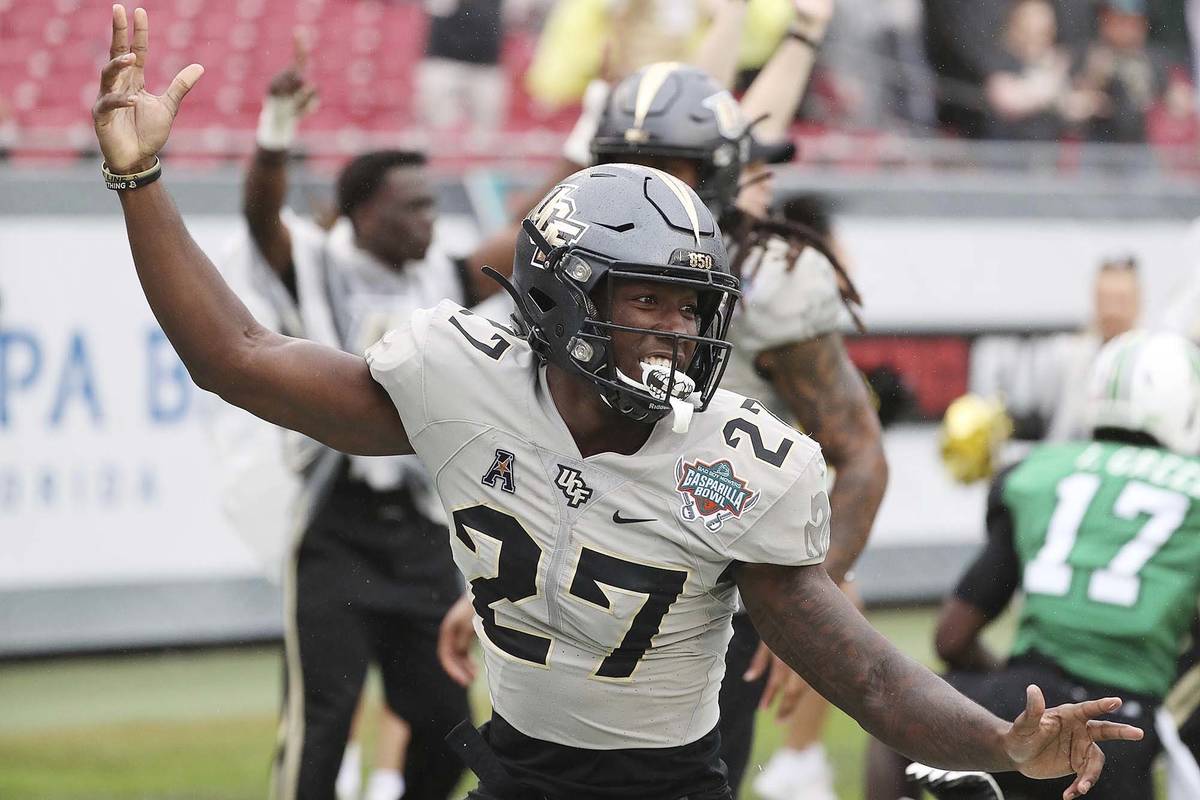 With the draft in a little more than three weeks, Raiders fans are slowly turning their attention away from free agency. As a result, they have quite a few questions about how the draft will play out.

Unknown (@Wee_Bey78): With Gus Bradley liking to develop defensive backs, do we see a push for someone like Richie Grant in the draft? I know a lot of folks are still hoping for another veteran DB. Any word on that possibility?

VINCENT BONSIGNORE: The Raiders sent some defensive coaches to the University of Central Florida this week to get an up-close look at Grant during his Pro Day. It’s a sure sign there is legitimate interest in the young safety from UCF. Bradley has not shown any reservation in leaning on young defensive backs, even as rookies. So if Grant or whomever the Raiders select in the draft can show they are ready, he won’t waste any time getting them on the field.

As for a veteran defensive back, the sense is the Raiders could make a couple of moves before the draft. That is certainly a position they are focusing on.

quickquestion (@jobrelatedtweet): We have a front four that doesn’t pressure much, combined now with Gus Bradley who rarely blitzes. Will we set historic lows in pressures and sacks?

VB: The Raiders have invested pretty heavily on the defensive line this offseason in the hopes of creating pass rush and a better run defense. Yannick Ngakoue is one of five players since 2016 to register 40+ sacks and 15+ forced fumbles. Defensive tackle Quinton Jefferson has 12 sacks and 107 pressures since 2016. The hope is the new additions, coupled with the improvement of holdovers like Cle Ferrell and Maxx Crosby, Carl Nassib and David Irving create more pressure. That is essential in Bradley’s defensive scheme.

AlonsoLunaito (@PelecHalf): How vital does it become to elevate Henry Ruggs next season?

VB: No question the 12th pick in last year’s draft faces a big season. But while there are some areas of Ruggs’ game that the Raiders know need improvement — strength, route running — there is also confidence he is on track to make those strides. That said, he needs to show improvement in training camp. If so, he has a chance to be a much bigger part of the Raiders’ offense.

Sargon Shamon (@YourfavAssyrian): Who actually gets the final say on draft picks? I suspect it’s Jon Gruden, not Mike Mayock. That’s because I loved Mike as a draft analyst and I hate our picks every year!

VB: Gruden has the final say on all football decisions, but there is a collaborative process that drives the Raiders to their ultimate decisions. While the jury is still out on last year’s draft — it would be unfair not to mention all the various obstacles that were in place because of COVID-19 — that 2019 draft is shaping up pretty nicely. If Johnathan Abram can improve, it has a chance to be regarded as a solid draft,

Joshua Mendoza (@joshdoza6): In the draft do we pick biggest need or best player on the board?

VB: Given how deep both the tackle and safety positions are in this year’s draft, the two propositions don’t necessarily have to be mutually exclusive. The Raiders could draft for their biggest need while also drafting the best player available at that point in the draft.