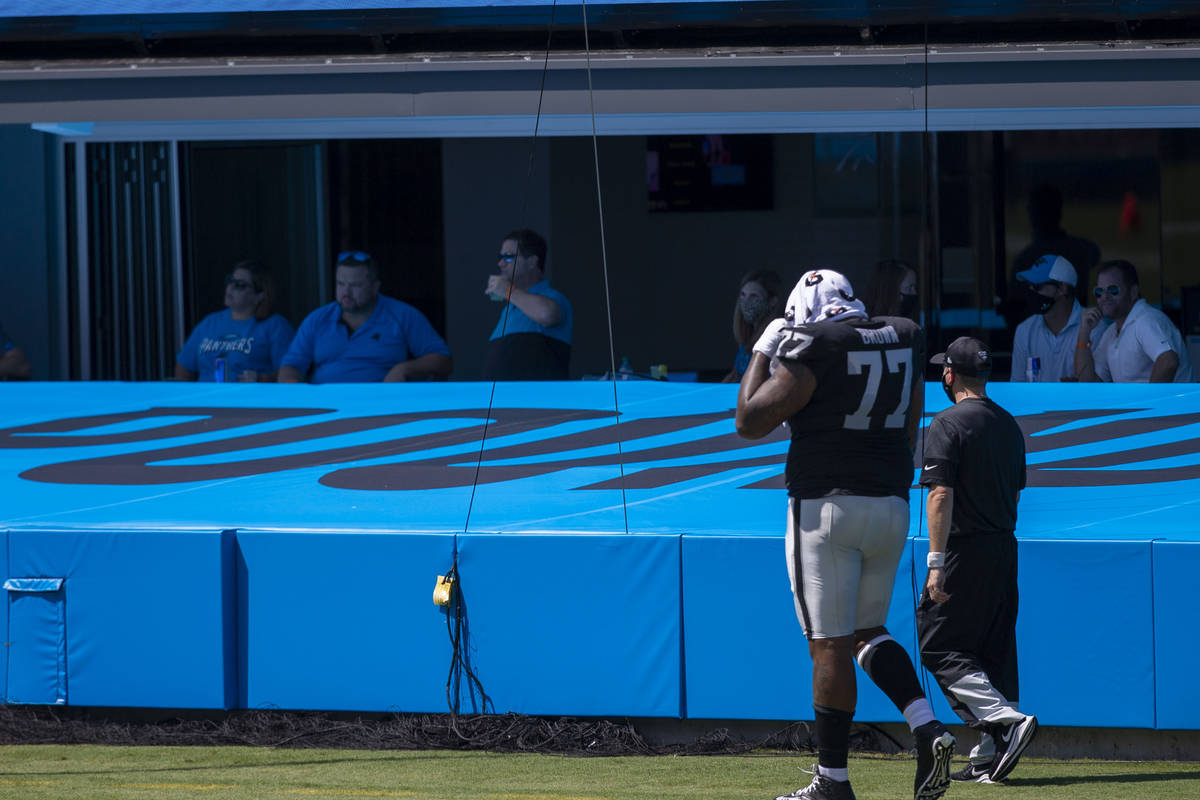 Las Vegas Raiders offensive tackle Trent Brown (77) walks off the field with a trainer after the 1st quarter of an NFL football game against the Carolina Panthers on Sunday, Sept. 13, 2020, at Bank of America Stadium, in Charlotte, N.C. (Heidi Fang/Las Vegas Review-Journal) @Heidi Fang

Right tackle Trent Brown and middle linebacker Nick Kwiatkoski, along with reserve tackle Sam Young, were among the Raiders’ inactive players for their home opener against the New Orleans Saints on Monday Night Football at Allegiant Stadium.

In a bit of good news for the Raiders, rookie wide receiver Henry Ruggs from Alabama was on the active roster. He has been dealing with a knee injury,