In addition to approving a 17th regular season game this year, the NFL also hopes stadiums will be able to host fans at full capacity. (Cassie Soto/Las Vegas Review-Journal) 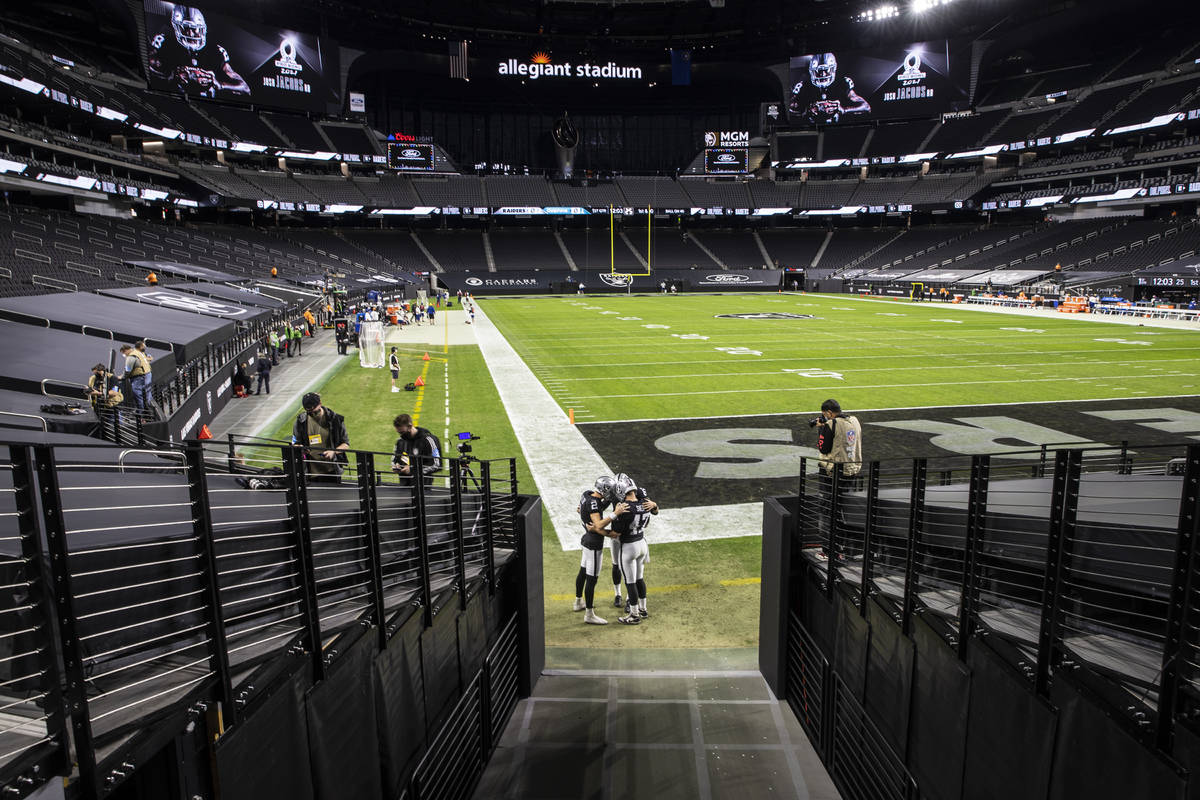 While Raiders owner Mark Davis shares NFL Commissioner Roger Goodell’s optimism about NFL stadiums returning to full capacity in 2021, he cautioned there is still a ways to go before that becomes a reality.

“It’s still a little too early to make that call. We’re probably a month or two away from getting an idea of how the vaccine is actually going to play out,” Davis said. “So we’ll see how it goes, but I’m excited to hear that the commissioner believes we’ll be full.”

On a conference call with the media on Tuesday, Goodell said his expectation is that stadiums will be operating at full capacity this season.

“All of us in the NFL want to see every one of our fans back,” Goodell said. “Football is simply not the same without the fans. We expect to have full stadiums in the 2021 season.”

Because of COVID-19, only 21 of the league’s 30 stadiums were allowed to accommodate a limited number of fans at NFL games this past season, with approximately 1.2 million fans attending 119 games.

The Raiders played to an empty stadium throughout the 2020 season because of Nevada’s COVID-19 gathering restrictions. Even if it had been allowed, Davis said he would not open Allegiant Stadium until all 65,000 fans were allowed to attend.

Davis said on Tuesday he has not made any decision on whether he’d be open to a partially full Allegiant Stadium this fall.

“I don’t think that far ahead,” Davis said. “Like I said, we still have a few months to go and our goal is to fill that stadium.”

An NFL spokesman said on Tuesday that fan participation next season will be predicated on current state and city mandates, just as it was last season.

In Nevada, there is still a limited capacity mandate on large gatherings. With the 2021 NFL season still five months away, it is impossible to predict where Nevada will be in terms of those restrictions.

3
How to watch Raiders vs. Vikings at Allegiant