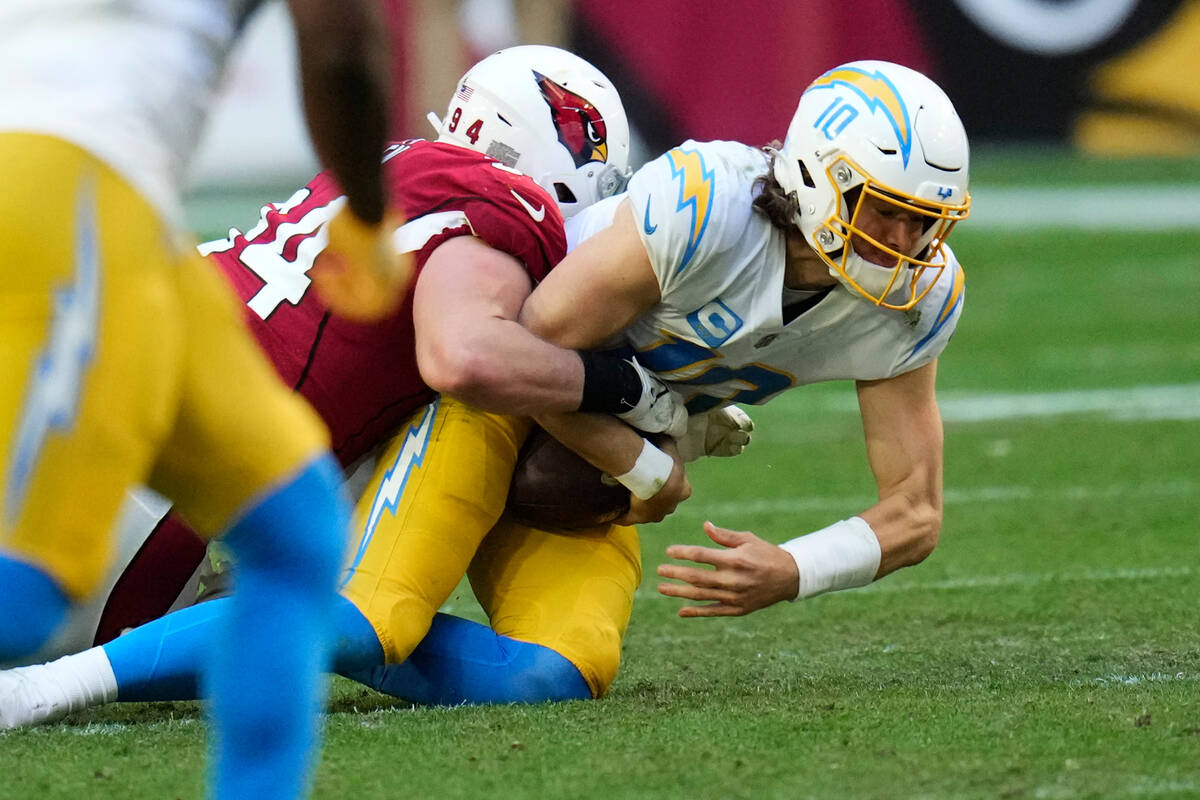 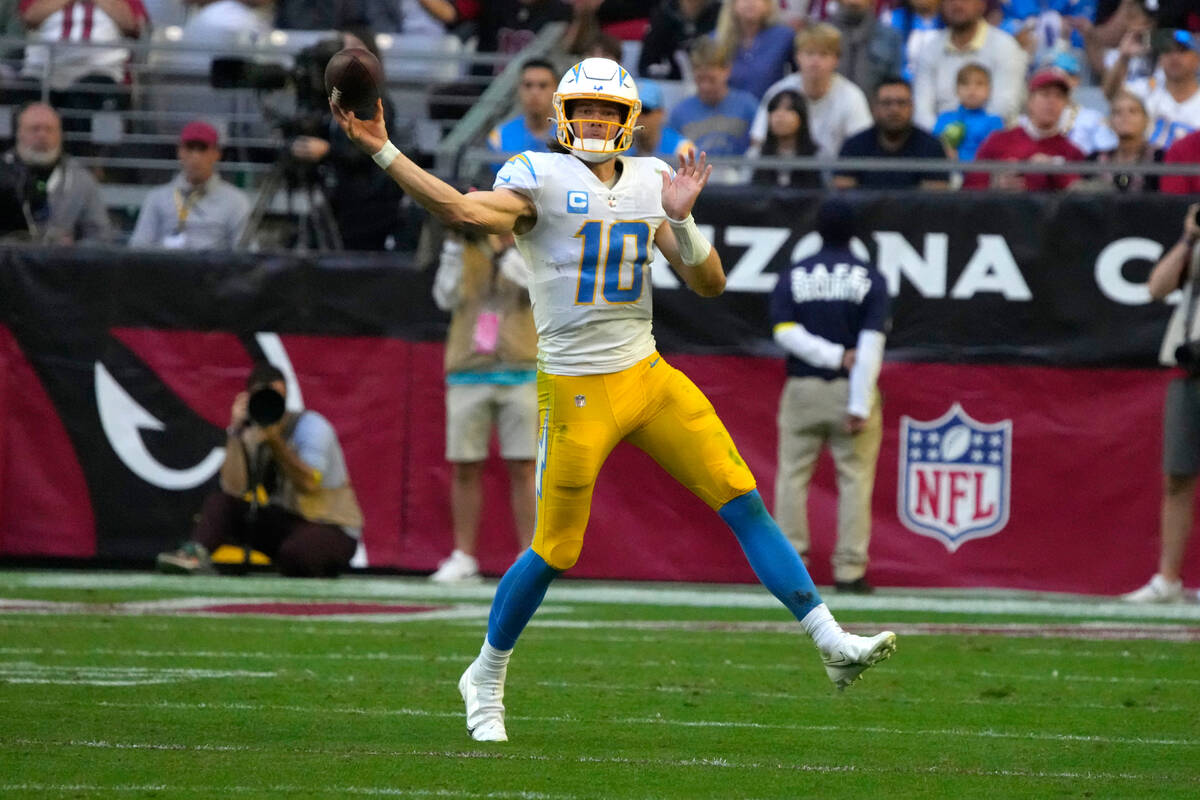 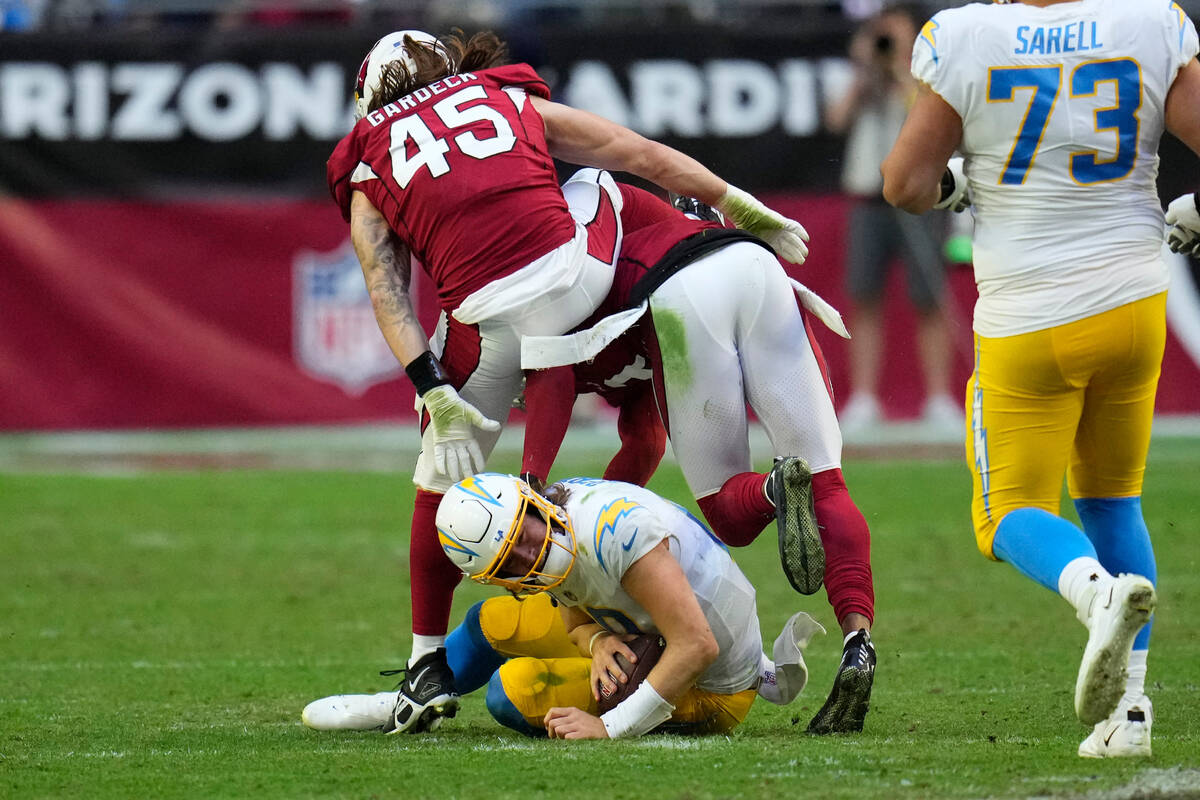 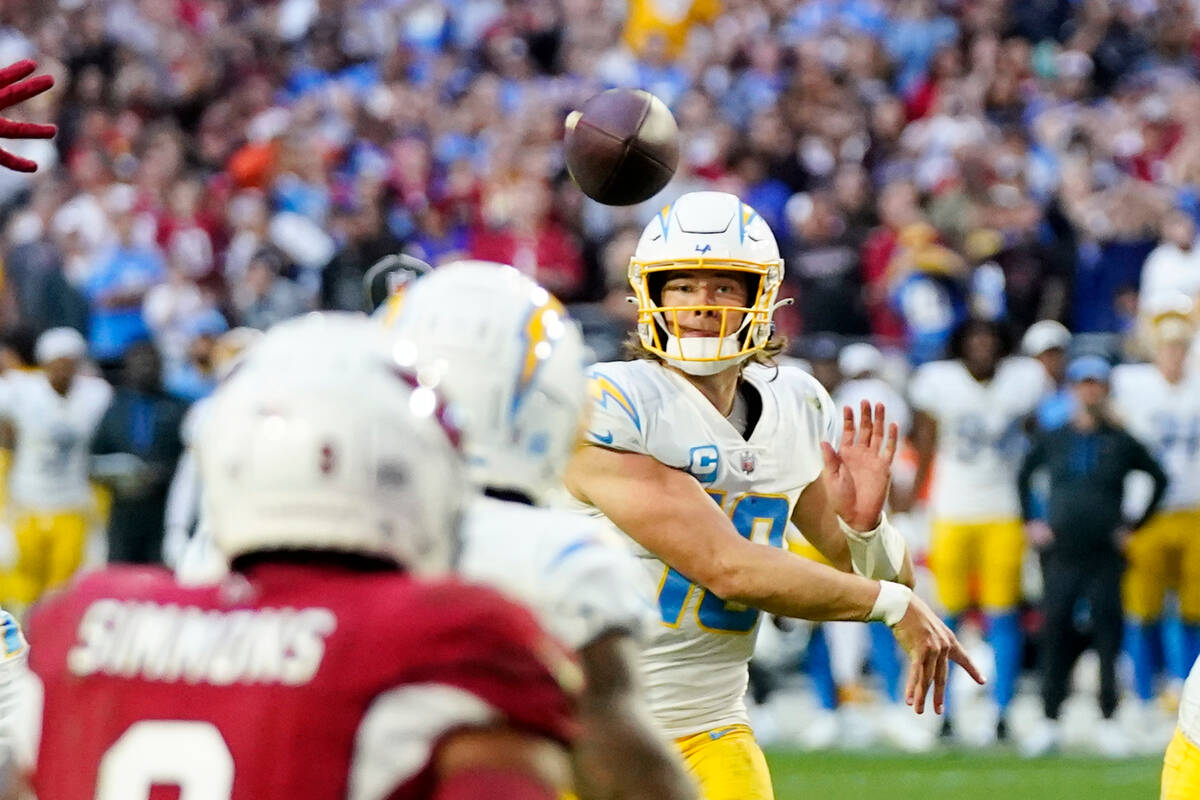 Injuries have ravaged the Chargers since their Week 1 victory over the Raiders, but they still have managed a 6-5 record.

The injury-riddled offensive line might create an opportunity for the Raiders to exploit when the teams meet Sunday at Allegiant Stadium — just as recent Chargers opponents have done in rushing quarterback Justin Herbert.

The biggest loss on the line was Pro Bowl left tackle Rashawn Slater, who suffered a season-ending ruptured biceps in Week 3.

Then, last week against the Cardinals, Pro Bowl center Corey Linsley left the game with a concussion and won’t play against the Raiders. Offensive tackle Trey Pipkins has a knee injury and also will miss the game.

That’s bad news for an offensive line that has surrendered nine sacks in the past two games and 32 quarterback hits in the past three.

But coach Brandon Staley said it’s a mistake to put all the blame on the offensive line.

“Each sack has a story, and you have to make sure you look at it. I just think the one thing that Justin has proven is that he is an outstanding decision-maker and that he’s really strong with the ball.”

Staley was pointing out that the sacks have resulted in lost yards but not lost possessions.

Of the 22 sacks the Chargers have allowed this season, Herbert has lost just two fumbles from them. In other words, he’s done a good job protecting the ball, including the past two weeks.

“Although we have had nine sacks, we have had zero fumbles,” Staley said. “That is important to be strong with the football. That’s how you win games in the league, protecting the football and taking it away.”

When asked to explain, Staley said: “Staying out of known passing situations. When you’re on the road, it’s loud and you’re playing against quality rushers, you multiply your chances of putting yourself at risk. So just staying ahead of the chains, getting the lead, playing with good pace.”

Herbert is fifth in the NFL with 3,004 yards passing, is tied for fifth with 19 touchdown passes and has a 61.1 quarterback rating.

He has persevered despite missing his top receivers for parts of the season. Keenan Allen has missed seven games and Mike Williams three. Offsetting those losses is versatile running back Austin Ekeler, who has 80 catches.

“Offensively, where do you want to start?” Raiders coach Josh McDaniels said. “Herbert continues to do it at a high level, and I’m talking about basically everything in terms of quarterback play. Ekeler leads the league in yards after catch, hard to tackle, touchdown maker … and they’re getting some of their receiving weapons back.”

On defense, star outside linebacker Joey Bosa has miss eight games because of a groin injury.