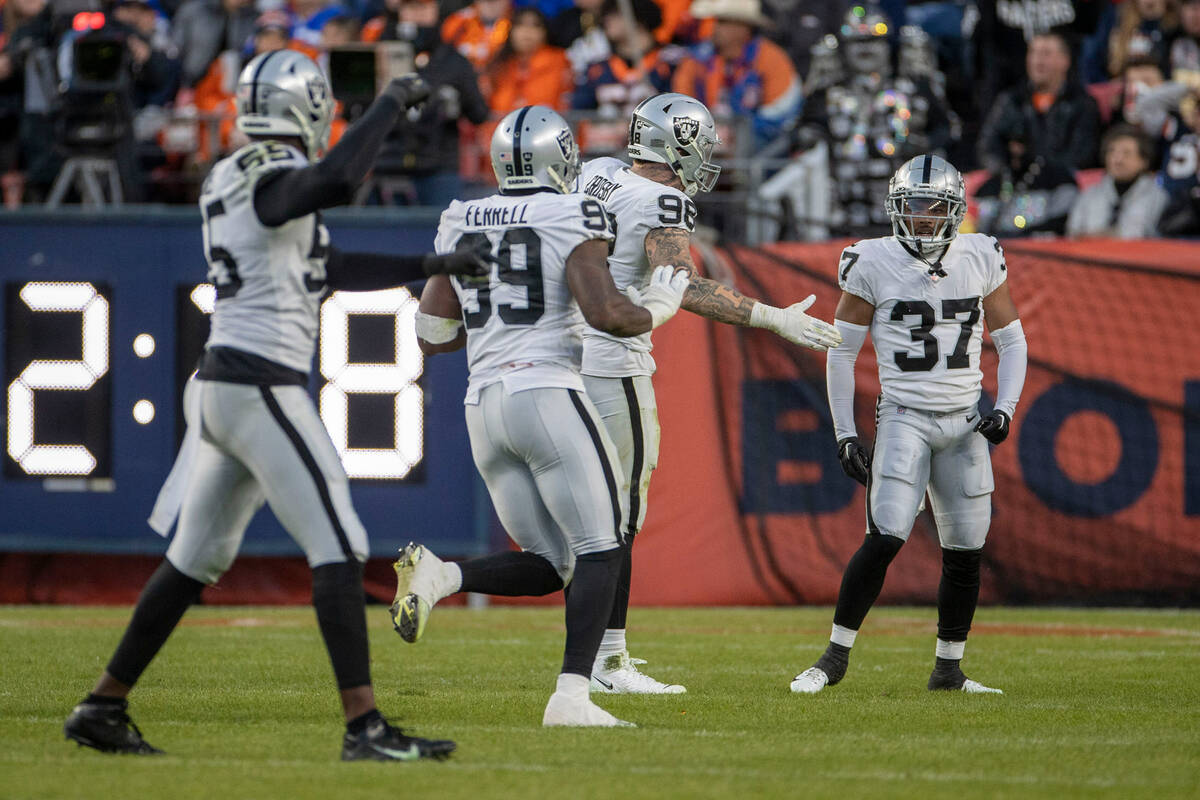 Raiders cornerback Tyler Hall made the first start of his three-year NFL career Sunday against the Seahawks.

Now he has made the active roster.

The 24-year-old was promoted from the practice squad Tuesday when veteran Anthony Averett (toe) was placed on injured reserve for the second time this season. Hall had earned game-day call-ups each of the past two weeks.

Hall was finishing a workout Tuesday when he saw missed calls from his agent and Raiders general manager Dave Ziegler. He had a feeling it was good news.

“It’s not the end game for me,” he said of the promotion. “It’s just the start, and that’s how you have to look at it. It’s one step I was able to accomplish, but there’s still so many of my goals out there for me to achieve.”

Hall signed with the Falcons as an undrafted free agent out of Wyoming and spent the 2020 season between the practice squad and active roster. He was with the Rams last season and played in four games.

Hall was released in training camp this season by the Rams and signed with the Raiders last month, securing a practice squad spot Oct. 11. He was activated two weeks ago for a game against the Broncos and had a pivotal sack of quarterback Russell Wilson in an overtime victory.

“That felt good, especially at a crucial moment like that on a third down,” Hall said. “It was good to be able to help out the team. As a practice squad player, all you can ask for is an opportunity. Then it’s just about what you do with it. I feel like I prepared every week so that I could be ready when it was time.”

Hall played a career-high 32 defensive snaps in another overtime victory against the Seahawks.

“He’s done enough to earn the right to be on the roster,” coach Josh McDaniels said. “Credit him and what he’s been able to do.”

Running back Josh Jacobs was named the AFC Offensive Player of the Week on Wednesday after his record-setting performance against the Seahawks.

Jacobs rushed for a franchise-record 229 yards, including an 86-yard touchdown run in overtime. He also had 74 yards receiving to set a franchise record with 303 yards from scrimmage.

Jacobs, who leads the NFL in rushing with 1,159 yards, wasn’t cleared to play until about 90 minutes before kickoff because of a calf injury.

Tight end Jesper Horsted (concussion protocol) was the only player listed as a nonparticipant on the first injury report of the week.

The Raiders held a walk-through instead of a full practice Wednesday, so the report is an estimation of what each player would have been able to do in a normal session.

Former Raiders first-round pick Johnathan Abram was claimed off waivers by the Seahawks on Wednesday, a day after he was released by the Packers.

Abram, selected by the Raiders in 2019, was waived after eight games this season. He played in two games for the Packers.