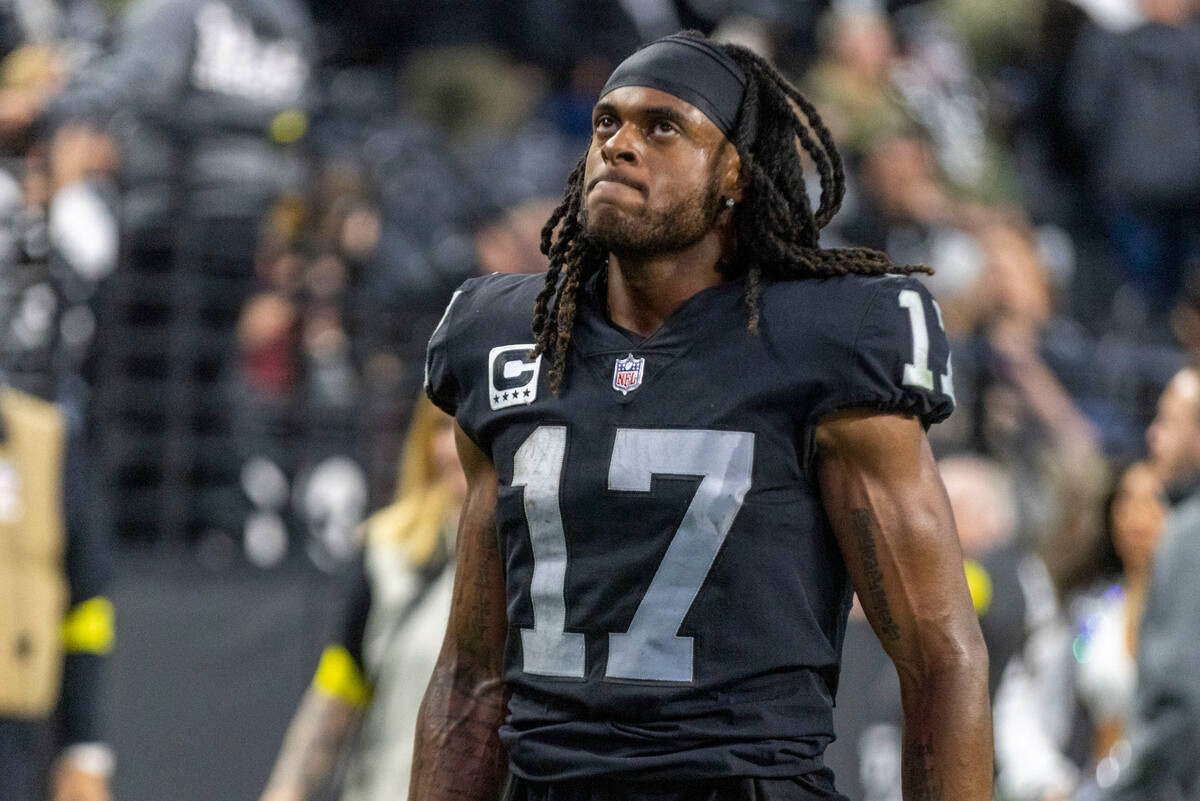 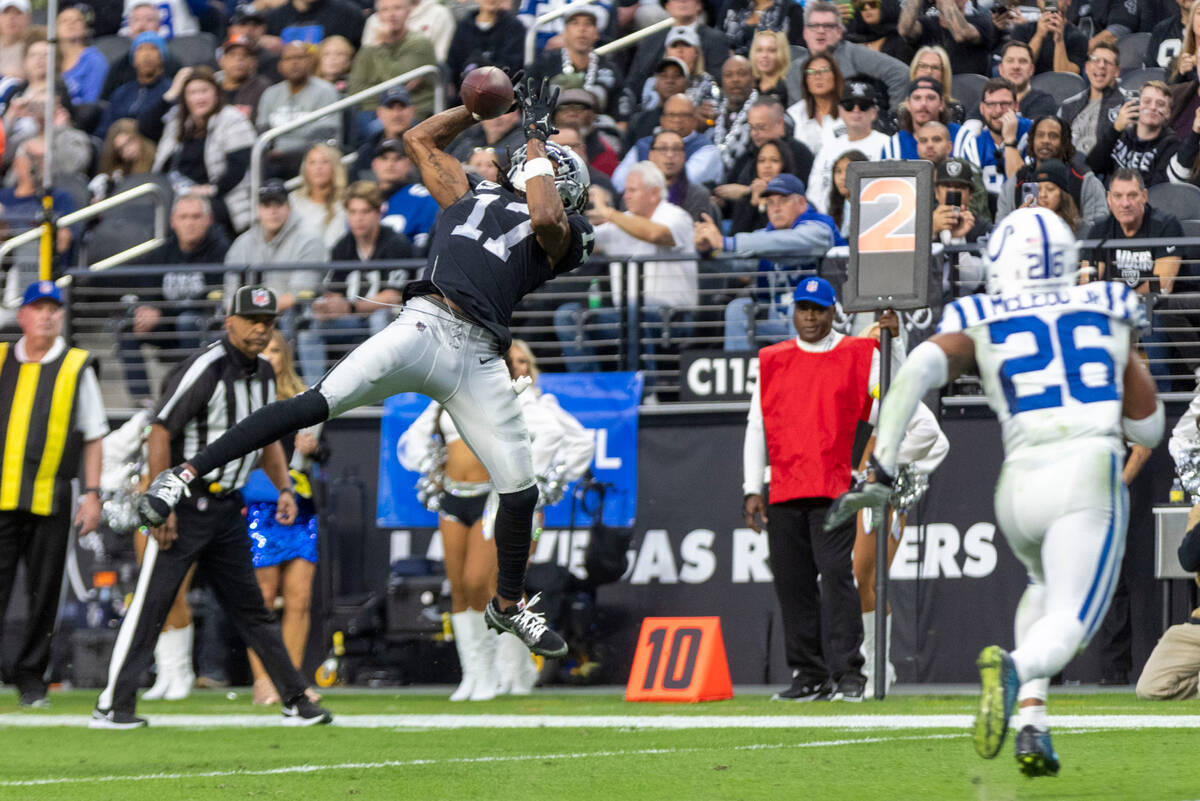 Star wide receiver Davante Adams was listed as questionable for Sunday’s game at Denver on the Raiders’ final injury report.

Adams was limited in practice all week with an abdomen injury, but there hadn’t been much concern about his availability for the game until the injury report was released Friday.

The 29-year-old has played in all nine games, leading the team with 57 catches for 726 yards and eight touchdowns. He gave no indication that he might miss the game during his weekly news conference Wednesday.

Miller was limited all week with shoulder and abdomen injuries, and Perryman has been working his way back from a rib injury that caused him to miss Sunday’s game against the Colts.

Perryman was upgraded to full participation Friday and indicated he was feeling good after he came off the field.

Linebacker Luke Masterson is also questionable with a rib injury after seeing his most extensive action of the season last week in Perryman’s absence. Masterson had played just 13 defensive snaps all season but had 47 against the Colts.

Cornerback Sam Webb (knee) logged a full practice for the first time all week Friday and isn’t listed on the injury report.

Five Broncos players will miss the game, and five are listed as questionable.

Raiders coach Josh McDaniels will return to Denver for the first time as a head coach since he was fired from the same role by the Broncos during the 2010 season.

McDaniels has made several trips to Denver as an assistant coach and doesn’t think this time will be significantly different.

“I know that everybody associates bad memories with places that they’ve left, if it wasn’t necessarily on your terms,” he said. “But I didn’t really look at it that way. They gave me a great opportunity, I was very thankful for that, (and) there’s a lot of people still there that I have a great deal of respect for and admiration.”

The Raiders expect to have defensive tackle Jerry Tillery available Sunday after the former first-round pick was claimed off waivers this week.

Tillery, who declined comment to reporters Thursday and Friday, had 10½ sacks in 3½ seasons with the Chargers, including one in seven games this season.

“He’s working his butt off to be able to try to (learn the system and terminology) as quickly as possible,” McDaniels said. “We’ll see where we’re at after today … I don’t want to put him in positions where he’s just not able to be successful because he doesn’t really understand yet.”

Raiders fullback Jakob Johnson knew the NFL’s first regular-season game in his native Germany was going to be a success, and he said fans weren’t disappointed.

“It was the culmination of a lot of years of work by people behind the scenes to grow the sport there, and it was definitely a reward for the German fans,” Johnson said of the Buccaneers’ 21-16 victory over the Seahawks on Sunday. “They showed up and showed out. They showed Germany takes football seriously.”

The boisterous crowd spent large portions of the game singing.

“American fans kind of come to a stadium to be entertained,” he said. “European fans are more part of the experience. There’s no marching bands, and there’s less music being played into the stadium through the speakers. It’s more fan-generated momentum. I think that fan culture showed up.”