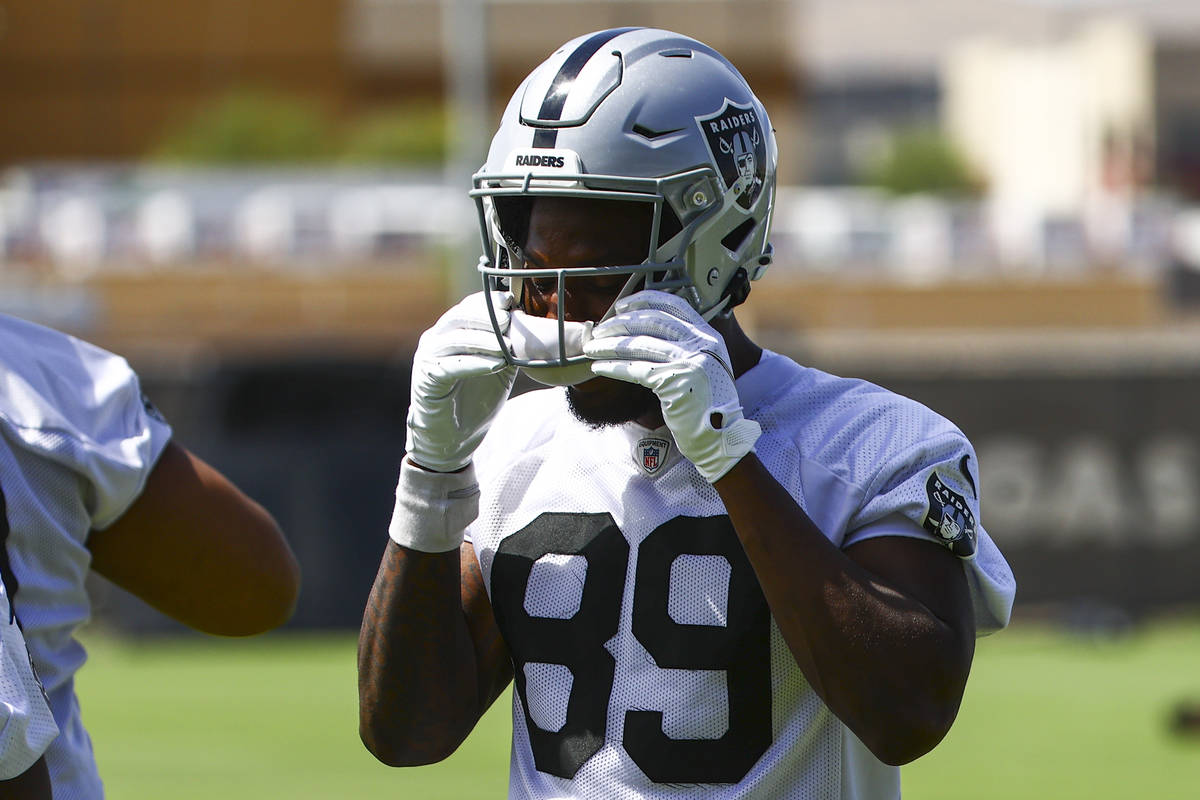 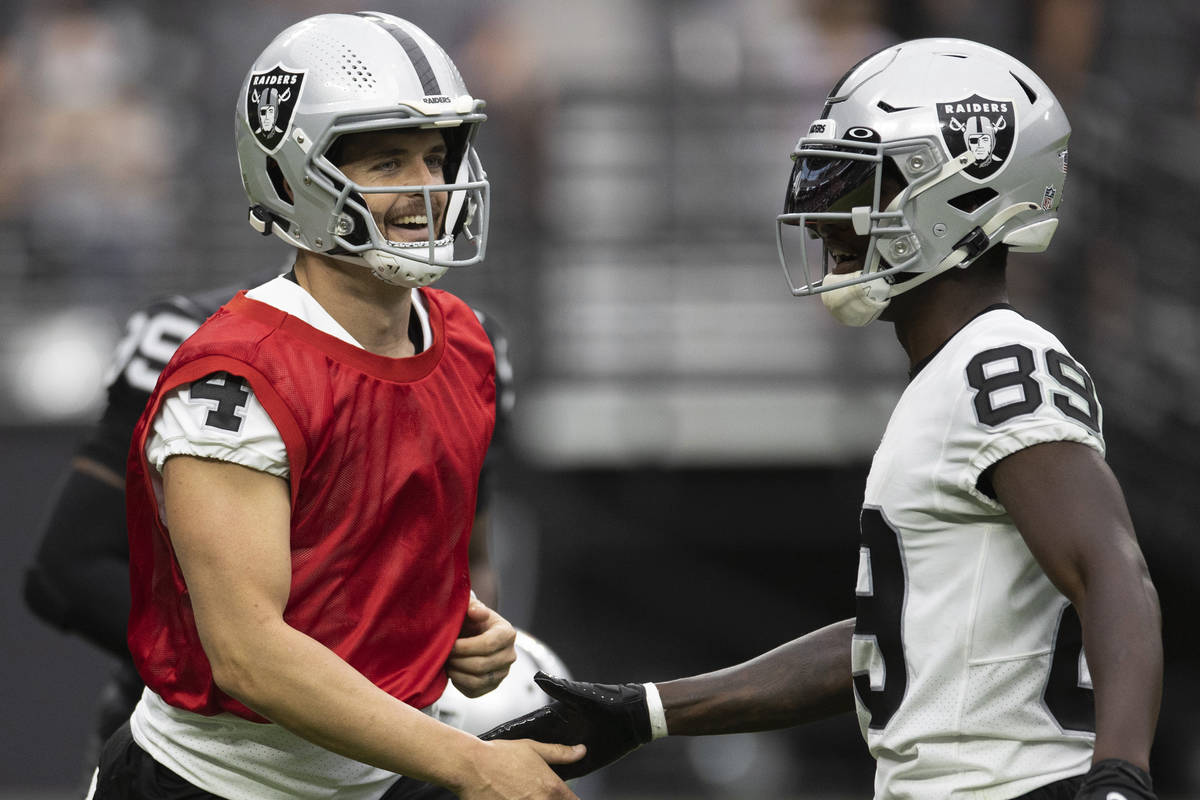 The bond between coach Jon Gruden and second-year cornerback Damon Arnette was on display when they crossed paths at the door to the media room in the team facility on Thursday.

Gruden had just finished answering questions and Arnette was set to step to the podium when Gruden said he was going to sit with the media and lob Arnette some questions of his own.

They shared a laugh as Gruden exited and Arnette was asked about the relationship.

“I feel like we both have a couple screws (loose). I might have a few more on the floor than he does, but we can relate,” the Ohio State product said. “That’s my guy. He’s a great dude, great coach. He understands me. He’s not the type to judge you and he’s going to talk to you human-to-human. Young person to younger person. I really love Gruden for real.”

Play of the Day

It took two days for the offense to get its revenge after the defense dominated the practice field on Tuesday. After the team didn’t take the field at all on Wednesday, the quarterbacks and receivers asserted themselves early with a convincing victory in a one-on-one drill against the defensive backs.

The day’s best highlight came when Derek Carr, who ceded more reps than usual to Nate Peterman, put up a pass inside the 5-yard line and near the sideline. Receiver Bryan Edwards went up and made another spectacular catch, this time battling De’Vante Bausby for the ball and coming down with it.

Arnette said he is in the process of coming up with a nickname for the defense and wants to unveil it before the first preseason game.

New defensive coordinator Gus Bradley was the architect of the “Legion of Boom” in Seattle, but Arnette wants something more unique.

“We’re going to be called something else,” he said. “I’m thinking of something. It’s coming quick. We need it before Saturday.”

Cornerback Casey Hayward is having a strong camp after he was brought in to lend experience to a young secondary along with his knowledge of Bradley’s system.

Hayward’s fingerprints could be seen all over a great defensive effort at Tuesday’s practice when the defense forced at least five turnovers.

It’s one of the main goals for a unit that has struggled generating takeaways the last few years.

“That’s what the game is about,” he said. “The more opportunities we can give our offense, the better chance we have to win. You get two turnovers, the odds of winning jump tremendously. If you get three, it’s almost like you’re going to win. Gus’s mindset is they come in bunches, so you get the first early and they tend to keep coming.”

Back to the Future

Talk of GPS trackers that monitor the movement and speed of players throughout their day on the practice field has been more prevalent than ever this year.

While Gruden is seen as an old-school coach, he said any comments from him that may have been construed as opposing the technological advancements in the game have been in jest.

“There’s reports out there that I don’t listen to that stuff,” he said. “I sarcastically say that just to make some of my adversaries happy. I’m not an idiot, if you know what I mean. We practice in the Mojave Desert here. We’re practicing at seven in the morning, so we do gather all kinds of information.

“We have some of the best trainers and doctors and people here you could imagine. So we’re going to be real careful and smart, and you’re darn right we listen to that stuff. And our players like it and appreciate it, and we’ll continue to do that.”