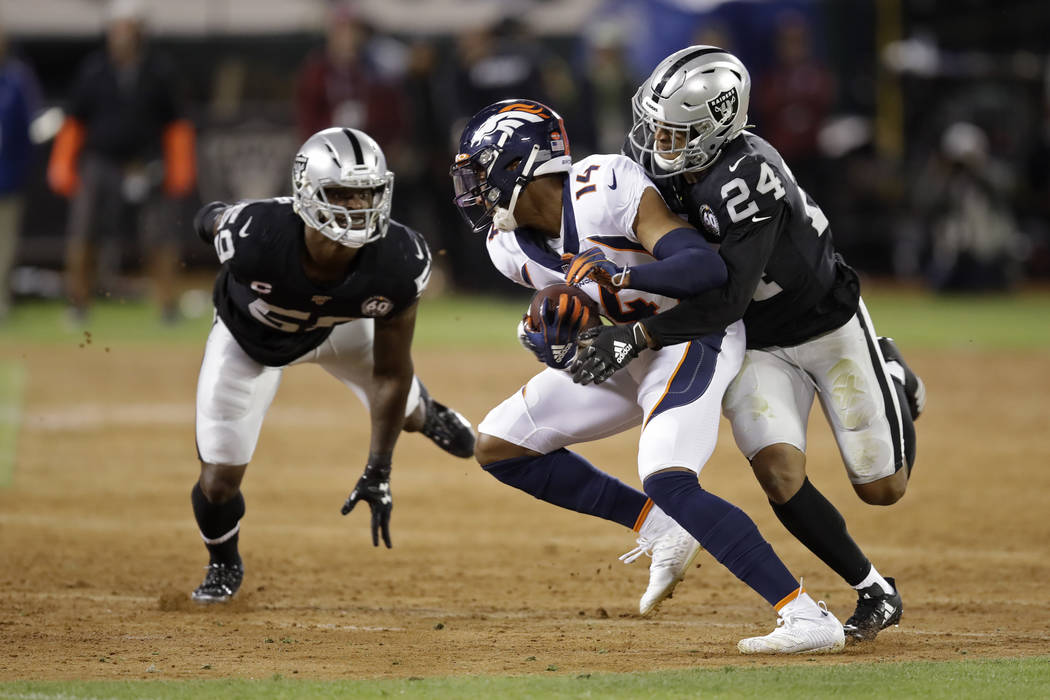 Denver Broncos wide receiver Courtland Sutton is brought down by Oakland Raiders defensive back Johnathan Abram (24) during the second half of an NFL football game Monday, Sept. 9, 2019, in Oakland, Calif. At left is Raiders outside linebacker Tahir Whitehead. (AP Photo/Ben Margot) 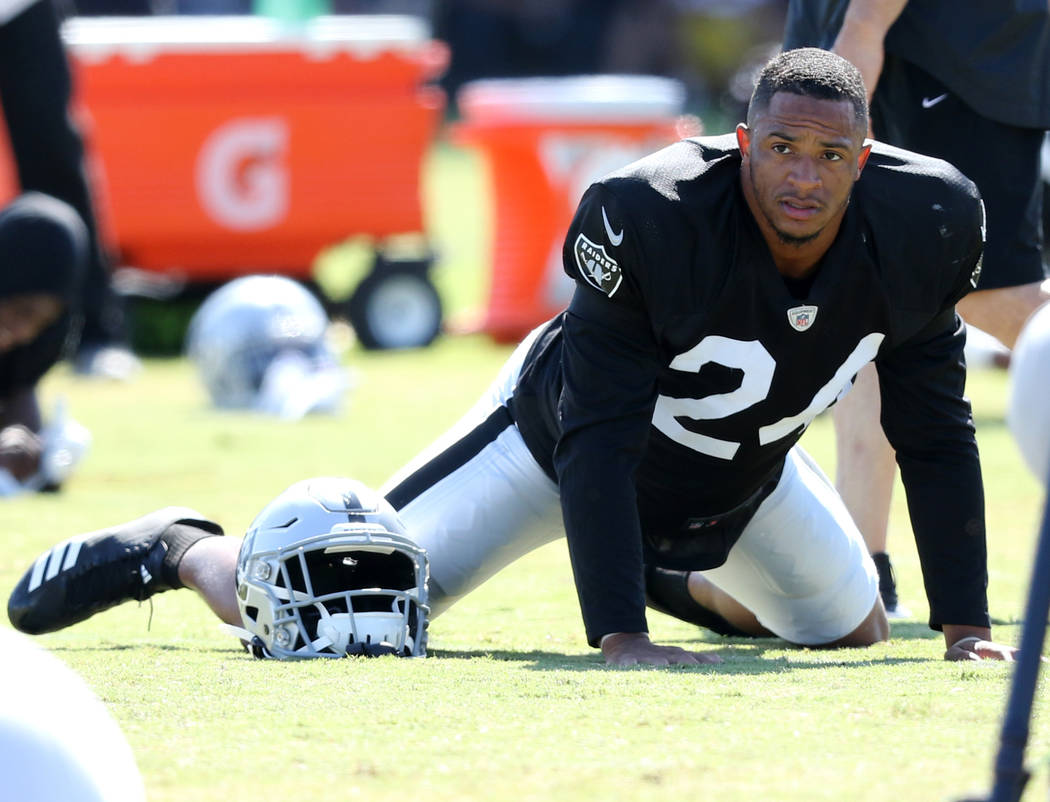 Rookie first-round draft pick Johnathan Abram had five tackles and a pass defensed in his NFL debut for the Raiders in Monday night’s win over the Broncos.

It appears those will be his final stats for the season.

Multiple reports Tuesday suggested Abram tore his rotator cuff and labrum in the first quarter of the 24-16 victory and is expected to have season-ending surgery.

Adam Lefkoe of Bleacher Report was first to report the news.

Abram, the 27th overall pick out of Mississippi State, finished the game and didn’t discuss any injuries during a post-game interview with reporters.

“I think he probably got a little bit too reckless at times,” Gruden said. “He made some great plays, some impact plays, and certainly I think some tackles he’s got to make for us, he missed. But his debut was pretty good.”

Abram was looking forward to the rest of his rookie season after helping to limit the Broncos to just one touchdown. “The feeling is undescribable,” Abram said after his debut. “I just can’t wait to go out there next week and play with these guys all over again. It’s going to be a fun season.”

Less than 24 hours later, his season appears to be over.

Abram is expected to seek a second opinion before undergoing surgery to repair the injury.