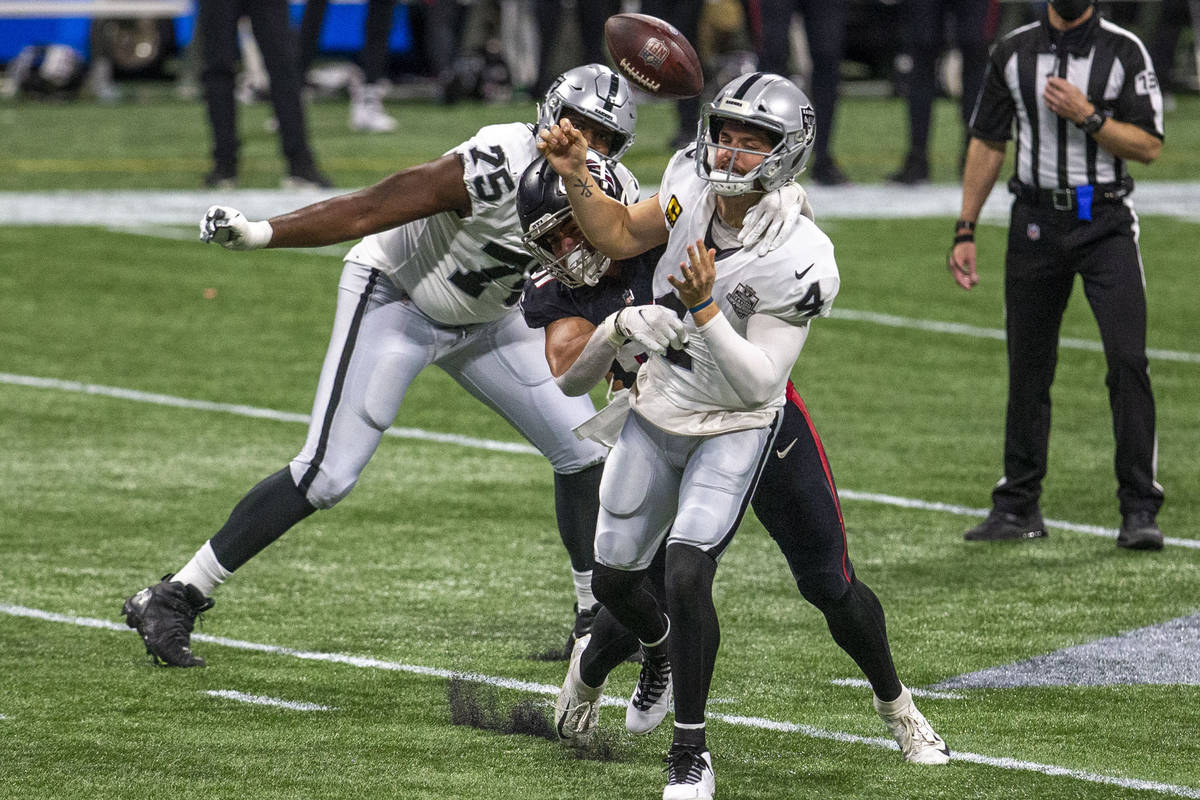 If the Raiders once again find themselves sitting on the cusp of a playoff run at the halfway point of the season, avoiding a third straight collapse will mean navigating a rigorous second-half schedule that includes trips to Kansas City, Cleveland and Indianapolis.

The Raiders are 3-10 over the back end of the last two seasons, including a 2-5 mark last year after opening 6-3. Their frustrating inability to close out seasons has cost them two postseason bids.

Getting that turned around is one of the Raiders’ primary goals. From rebuilding the defense to adding depth on both sides of the ball to stressing better conditioning, they are determined to do everything in their control to manage November and December better.

But the official release of the NFL schedule on Wednesday presents a new challenge: To sidestep another swoon, the Raiders must mitigate a difficult late-season schedule, specifically in the weeks after their bye, which falls in Week 8.

From that point of the season, the Raiders play 10 games starting with a trip to the East Coast in Week 9 to play the New York Giants on Nov. 7, followed by a nationally televised game against the Chiefs on Sunday Night Football at Allegiant Stadium on Nov. 14.

What immediately follows is a quick turnaround from their home game against the Cincinnati Bengals (Nov. 21) to a Thanksgiving Day visit to the Dallas Cowboys. The short work week means a condensed preparation schedule over the three days prior to taking the field against the Cowboys at AT&T Stadium.

The two-game swing begins a treacherous stretch in which four of the Raiders’ next six games are against teams that qualified for the playoffs in 2020.

It starts with a home game against Washington on Dec. 5, followed by consecutive road games against the Chiefs (Dec. 12) and the Browns (Dec. 18 or 19).

All three clubs made the playoffs last season.

Of course, the front end of the Raiders’ schedule also presents challenges, beginning with the Monday night season opener against Lamar Jackson and the Baltimore Ravens on Sept. 13 and a trip six days later to Pittsburgh to play the Steelers on Sept. 19.

Over the next seven weeks, the Raiders stay relatively close to Las Vegas while hosting the Miami Dolphins (Sept. 26), then visiting the Los Angeles Chargers for a “Monday Night Football” matchup at Sofi Stadium on Oct. 4 before hosting the Chicago Bears at Allegiant Stadium on Oct. 10.

The Raiders conclude their pre-bye week schedule with a trip to Denver to play the Broncos on Oct. 17 before hosting the Philadelphia Eagles on Oct. 24.