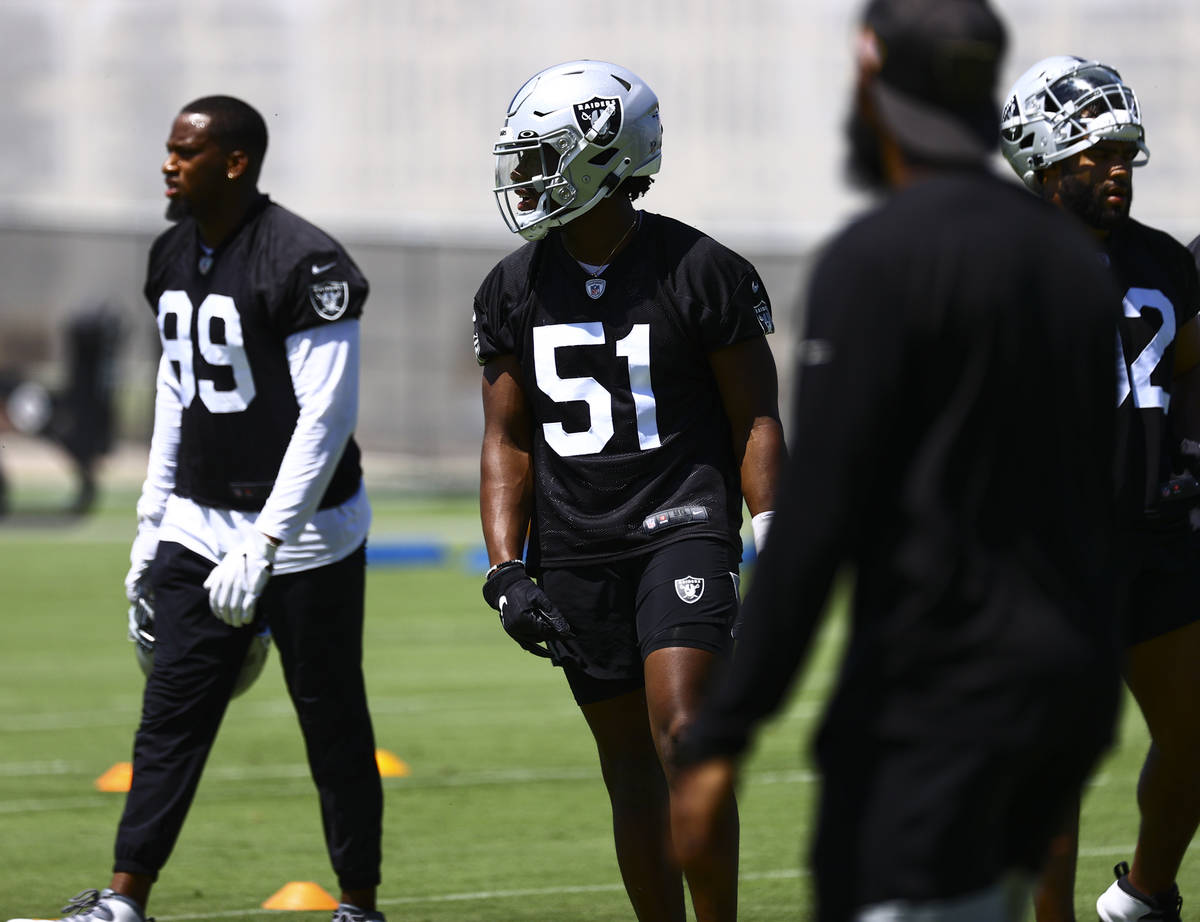 Koonce and Deablo were the last of the Raiders’ 2021 draft picks to sign their rookie contracts. Contract details were not disclosed, but the rookie minimum salary is $660,000, according to the collective bargaining agreement.

Players are scheduled to report to training camp Tuesday.

The Raiders selected Koonce with the No. 79 overall pick in the 2021 NFL draft. The 6-foot-2-inch, 249-pounder played collegiately at Buffalo and started 19 games over four seasons with the Bulls. He was an All-MAC pick after a truncated senior season in which he posted 30 tackles, 6.5 tackles for loss and five sacks.

He also led the conference with nine sacks as a junior in 2019, and will be expected to push for playing time on a defensive line that was fortified during free agency.

Deablo was the very next pick, going No. 80 to the Raiders after four years at Virginia Tech. He played safety in college at 6-3, 226 pounds, but is transitioning to linebacker in the pros. He was a first-team All-ACC selection in 2020 after posting 55 tackles and four interceptions.

He started 39 games during his four-year college career and rounds out a unit that was the strength of the team’s defense last season.

The Raiders open their preseason schedule Aug. 14 against the Seattle Seahawks at Allegiant Stadium.