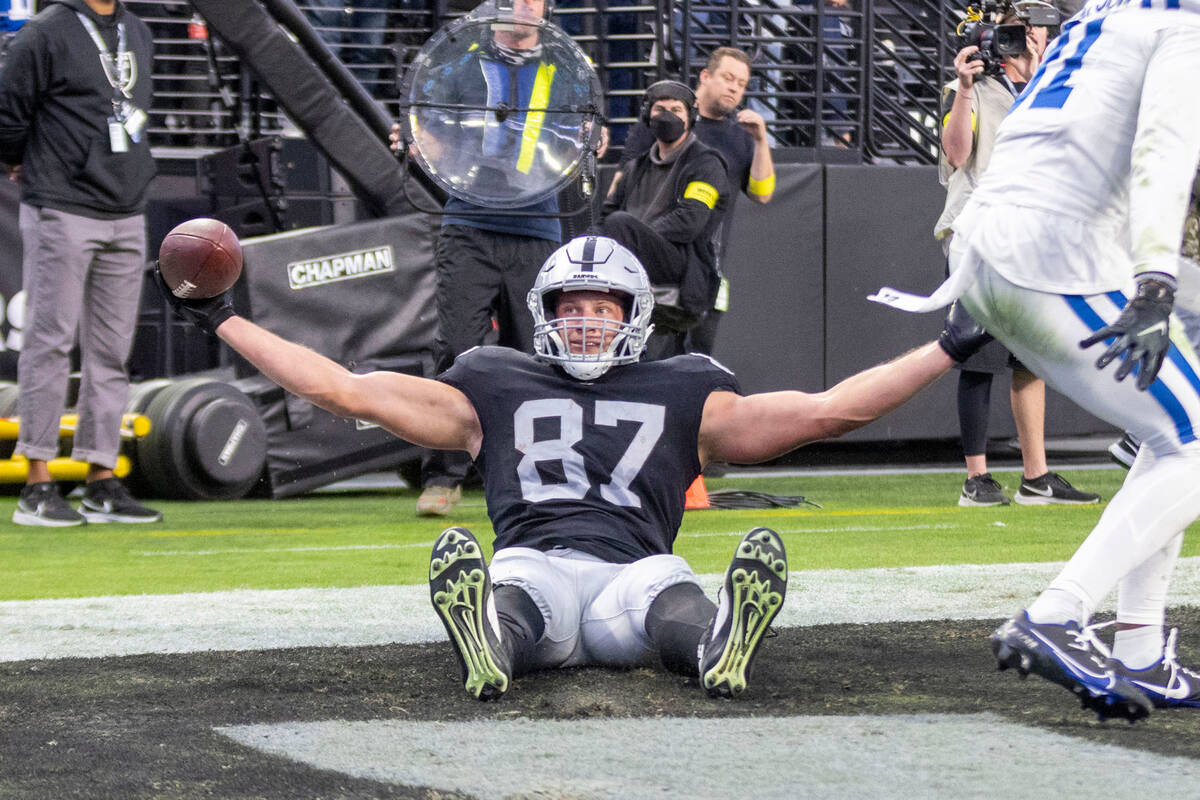 Raiders tight end Foster Moreau (87) poses after scoring a touchdown against the Indianapolis Colts during the first half of an NFL game at Allegiant Stadium on Sunday, Nov. 13, 2022, in Las Vegas. (Heidi Fang/Las Vegas Review-Journal) @HeidiFang 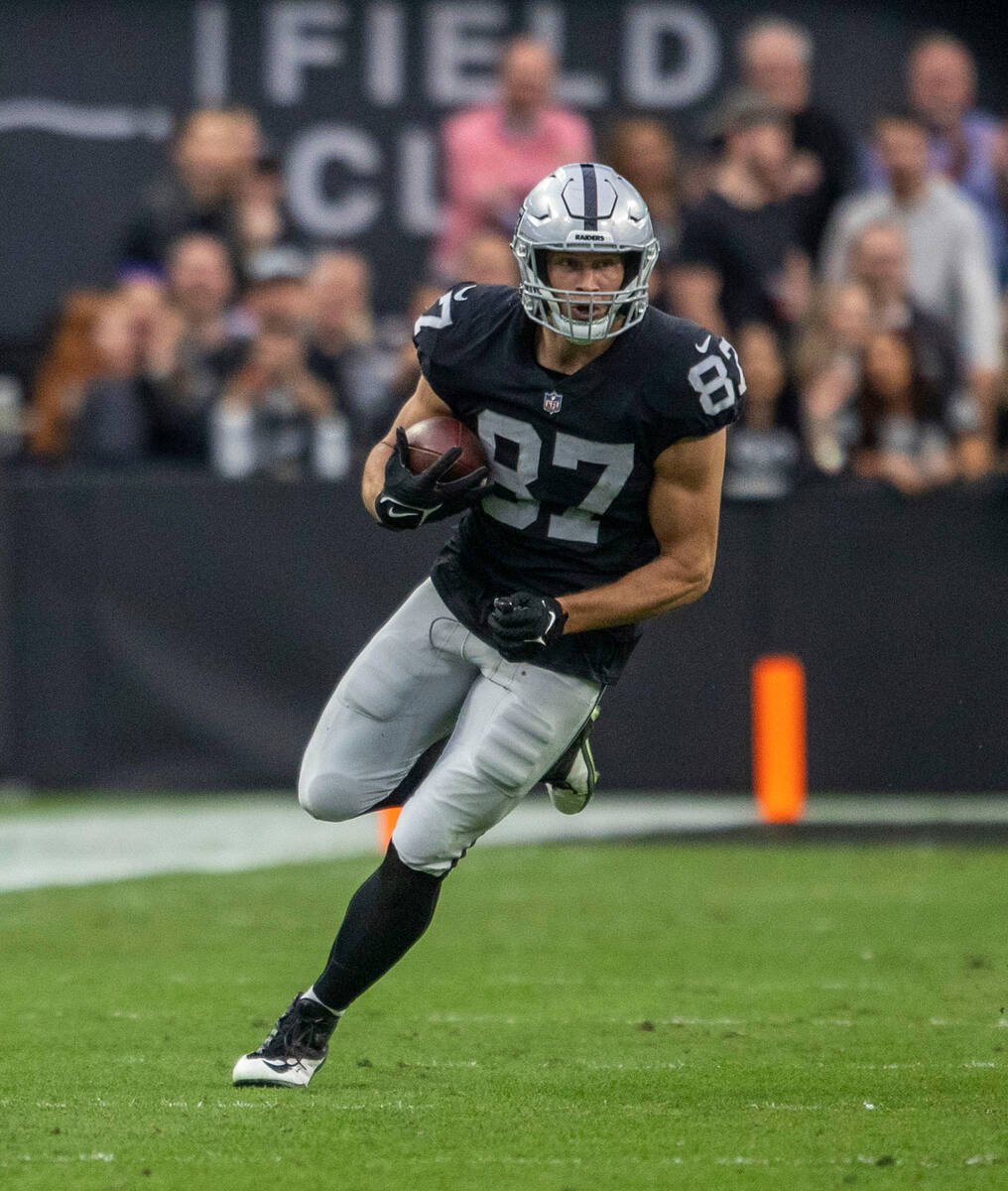 Raiders tight end Foster Moreau (87) runs after making a catch during the first half of an NFL game against the Indianapolis Colts at Allegiant Stadium on Sunday, Nov. 13, 2022, in Las Vegas. (Heidi Fang/Las Vegas Review-Journal) @HeidiFang

His numbers aren’t great, and blowing your FAAB budget on him wouldn’t be prudent, but he might help you win a matchup or two down the stretch at one of the most difficult positions to fill.

Moreau basically has the tight end spot to himself with Darren Waller on injured reserve, and he’s coming off his most productive game of the season with three catches for 43 yards and a touchdown last week. Those numbers could have been even better, as he was targeted again in the end zone late in the game.

With bye weeks in full effect and injuries even further depleting the options at tight end, Moreau is worthy of consideration this week and perhaps beyond.

Don’t be concerned about the matchup against a good Denver pass defense, either. The unit’s impressive numbers are mostly a credit to the Broncos’ outstanding cornerbacks, and they are dealing with injuries in the secondary.

Opponents have exploited them over the middle, as the Broncos are allowing the eighth-most targets and receptions to tight ends.

Moreau has played more than 95 percent of the offensive snaps since Week 7 and is drawing a 16.5 percent target share over that span.

Courtland Sutton, wide receiver, Broncos: Between his inconsistency and the stunning struggles of the passing game, Sutton has been disappointing.

But if not this week for Sutton, then when?

Coming off a game in which he was targeted nearly twice as often as any other Broncos player, he draws a porous Raiders defense and is the only one of Denver’s top four receivers not on the injury report.

Broncos running backs: The odds of figuring out which of the three rosterable running backs are going to be the most productive each week are roughly equivalent to hitting a five-spot on a keno machine.

Melvin Gordon has grown increasingly involved in the passing game, but he’s seen double-digit carries once since Oct. 6. Latavius Murray has two rushing touchdowns since joining the Broncos last month and could see the goal-line work, but that’s not enough to warrant a spot in your lineup considering how rarely the Broncos get near paydirt.

Now Chase Edmonds is in the mix?

Gordon is probably the top option, but his advanced metrics are ugly, so avoid this situation.