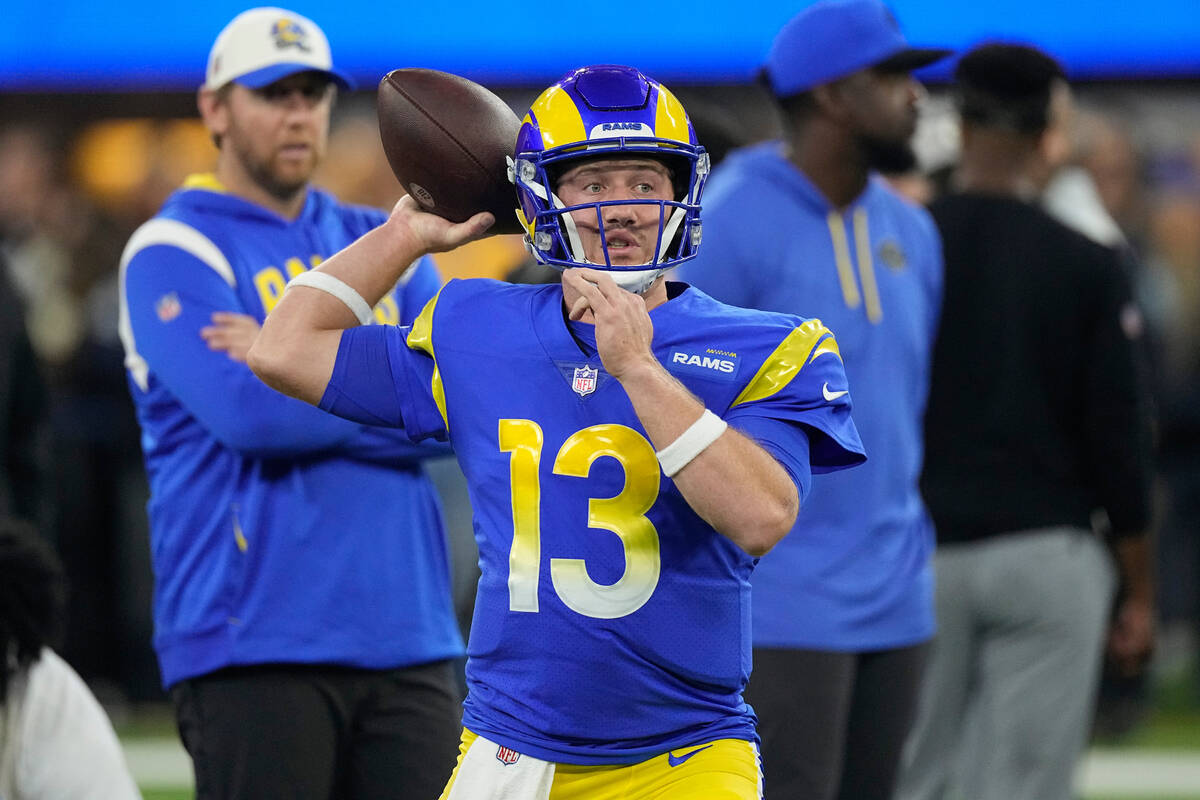 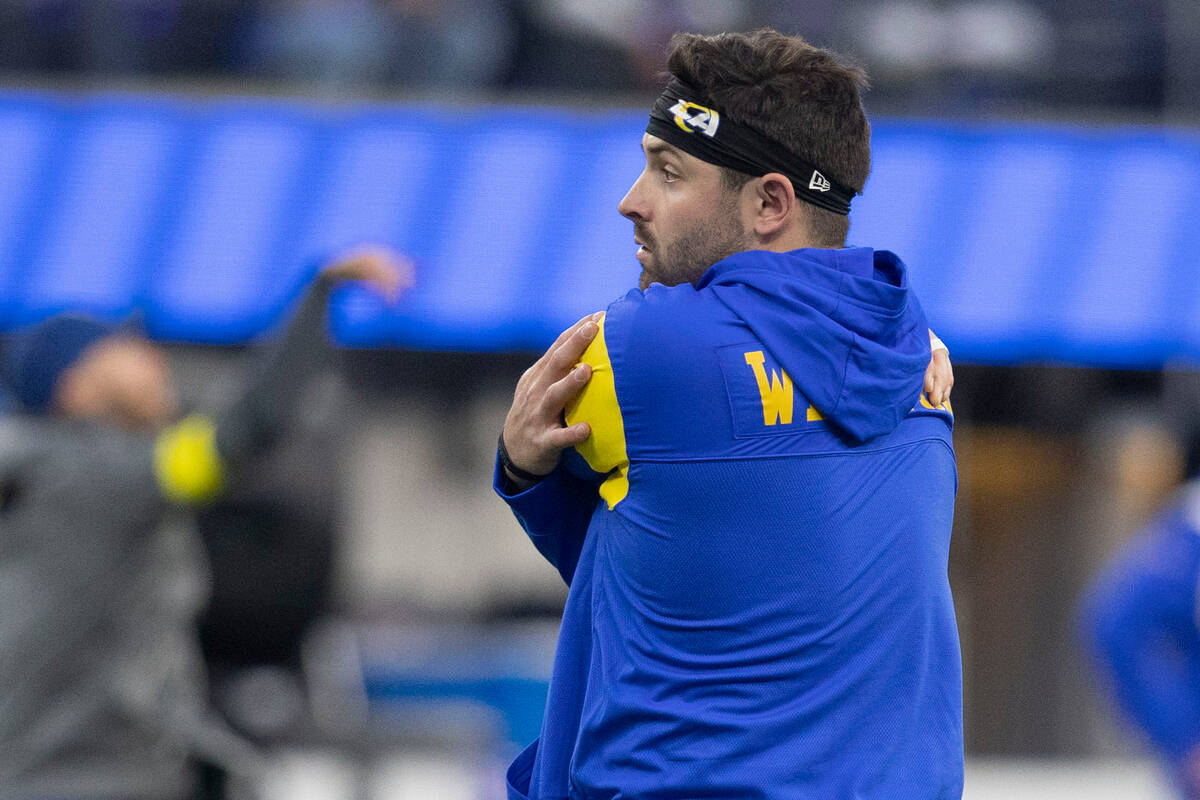 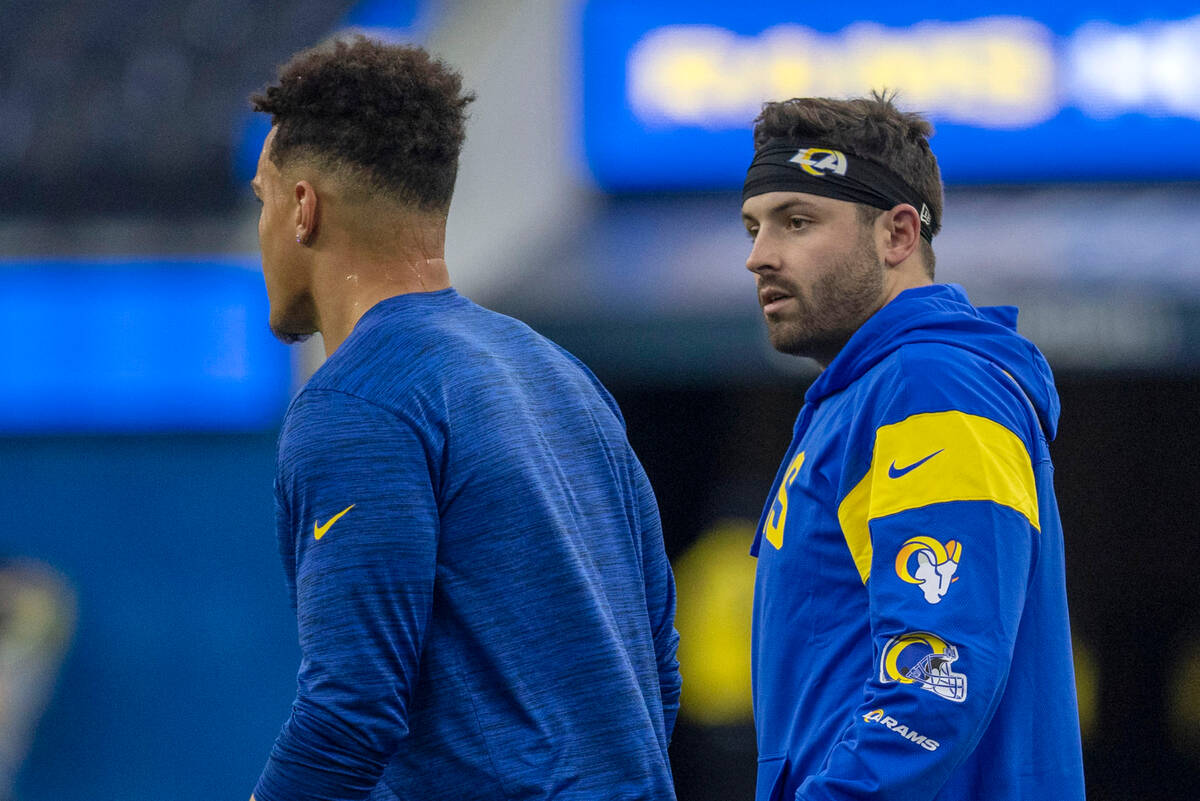 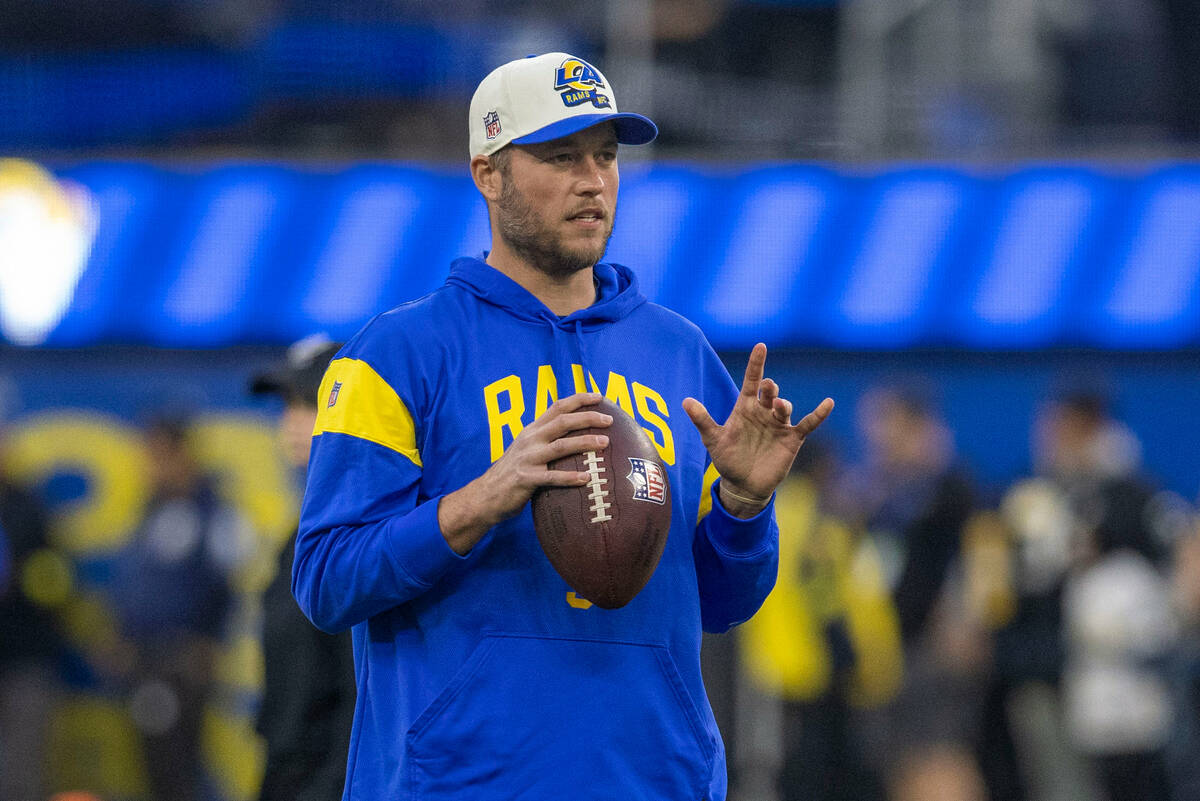 Los Angeles Rams quarterback Matthew Stafford on the field before an NFL game against the Raiders at SoFi Stadium on Thursday, Dec. 8, 2022, in Inglewood, Calif. (Heidi Fang/Las Vegas Review-Journal) @HeidiFang 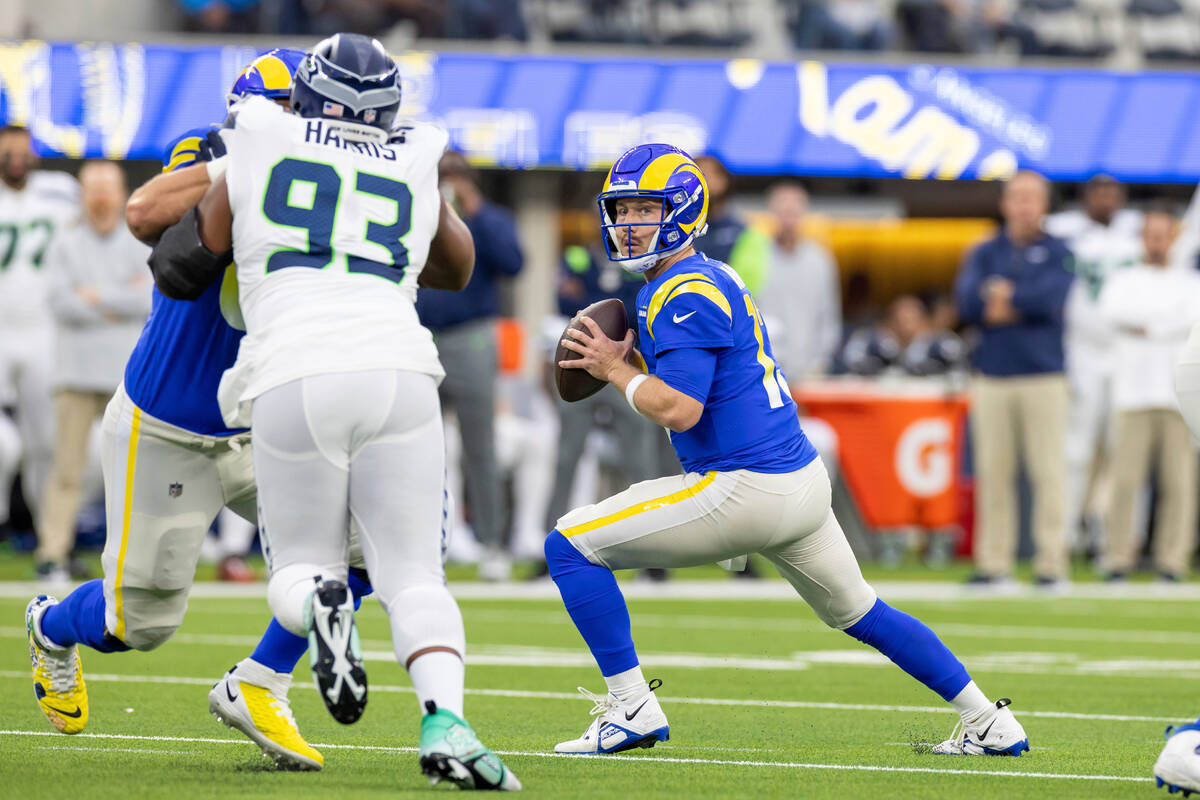 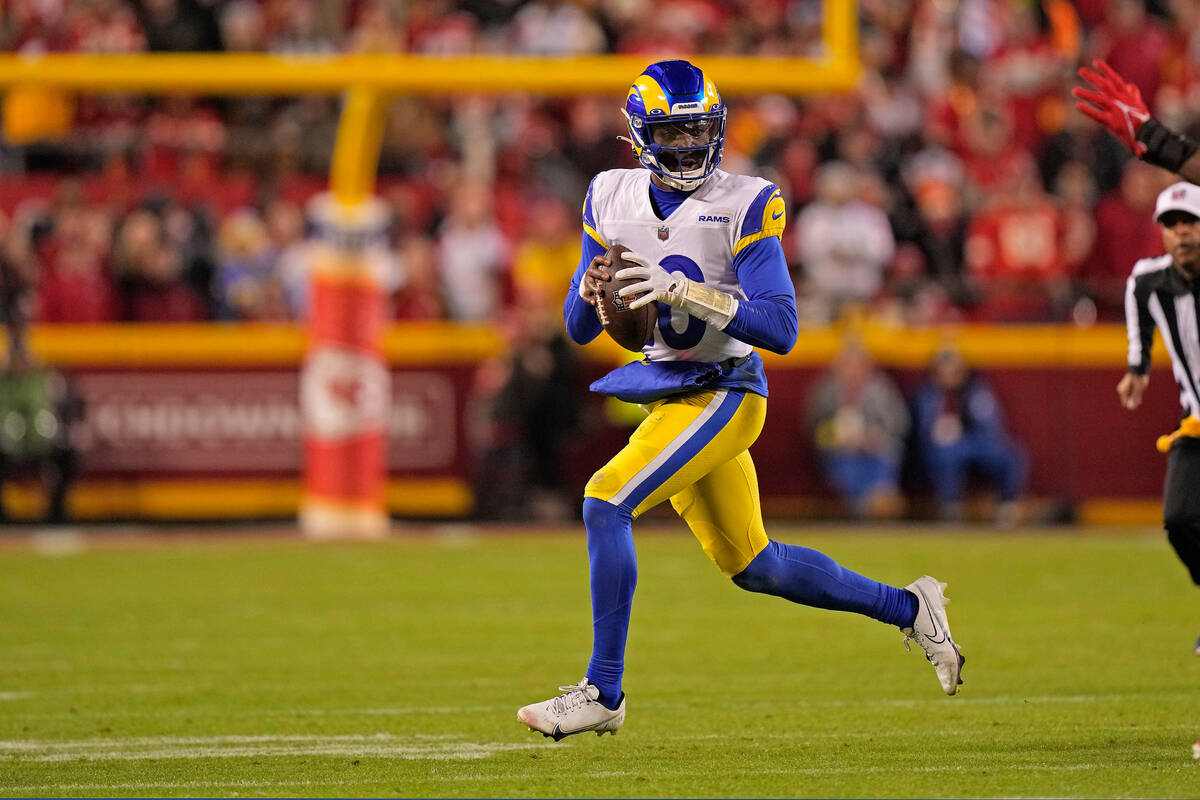 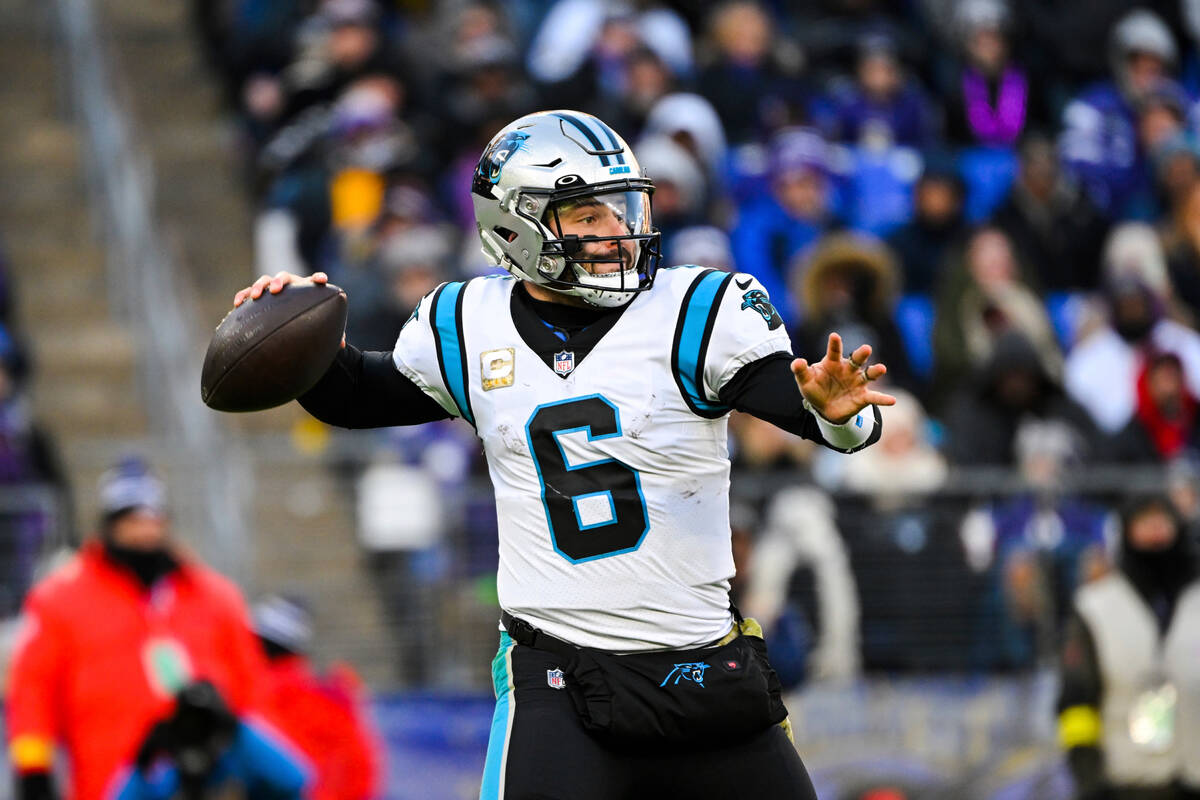 Carolina Panthers quarterback Baker Mayfield (6) looks to pass the ball during the second half of an NFL football game against the Baltimore Ravens, Sunday, Nov. 20, 2022, in Baltimore. (AP Photo/Terrance Williams)

INGLEWOOD, Calif. — John Wolford is expected to take the first offensive snap for the Rams against the Raiders at SoFi Stadium.

Wolford is one of three quarterbacks active for the Rams, and all could potentially see action. The team did not name a starter, but it was announced on the game broadcast.

Baker Mayfield, a former first-round pick who was claimed off waivers from the Panthers on Tuesday, appeared to take the majority of reps during warmups.

Wolford has started two of the past three games but is dealing with a neck injury. The Wake Forest alum has been with the Rams since 2019.

Bryce Perkins started against the Chiefs on Nov. 27 and was largely ineffective.

The Raiders got the ball first after the Rams won the coin toss and deferred their option to the second half.