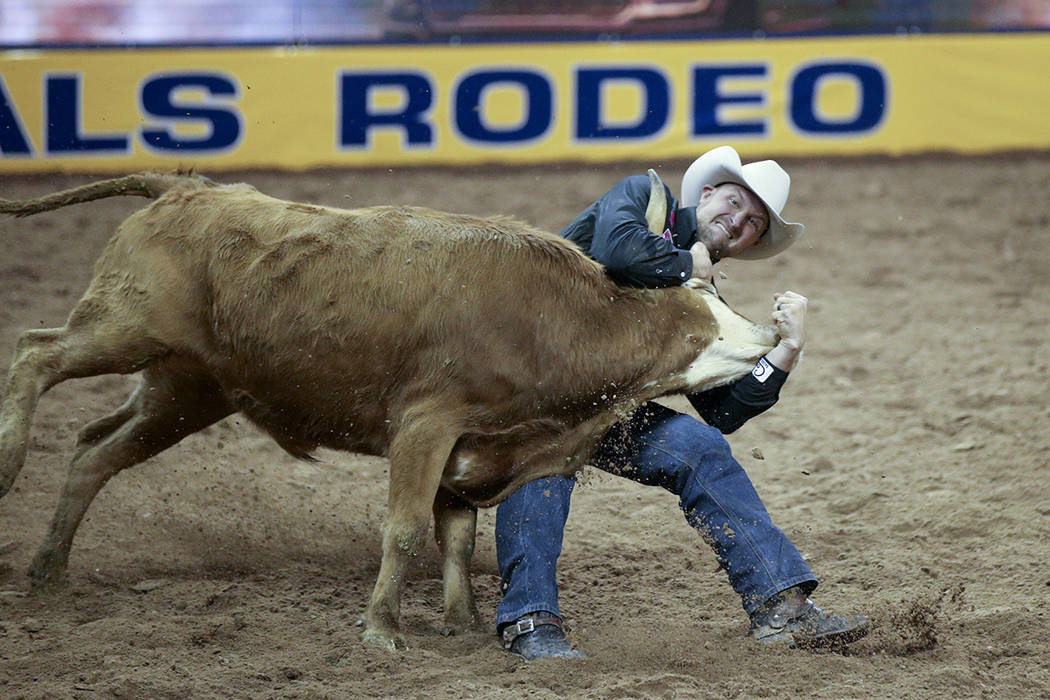 For some rodeo cowboys, it’s about the gold buckles and the averages.

For steer wrestler Kyle Irwin, it’s about that, too. But it’s mostly about the money.

“We do this to win gold buckles and averages but I came here to win as much money as I could because that’s how I make a living for my family,” said the bulldogger from Robertsdale, Alabama, after claiming his fifth career National Finals Rodeo go-round win but first this year with a time of 3.7 seconds at the Thomas &Mack Center.

Prior to Monday’s round, Irwin had cashed only once for modest sixth-place money. He said frustration was starting to set in.

“I kinda came in tonight with the game plan that if it didn’t go well, I’ve got to change something because I don’t like sitting in the mud any longer than the next guy,” Irwin said.

He cleaned up to the tune of $26,000. Now it’s a matter of keeping the momentum going as the NFR heads into its final five rounds.

“Last night I was 9-something and there was a no-time tonight (by J.D. Struxness, the average leader coming in),” said Irwin, who improved his season earnings to $123,933 but still trails championship leader Ty Erickson ($174,273) by a wide margin. “The average, I don’t even want to look at it. Now I’m just trying to win as much as I can the next five nights.”