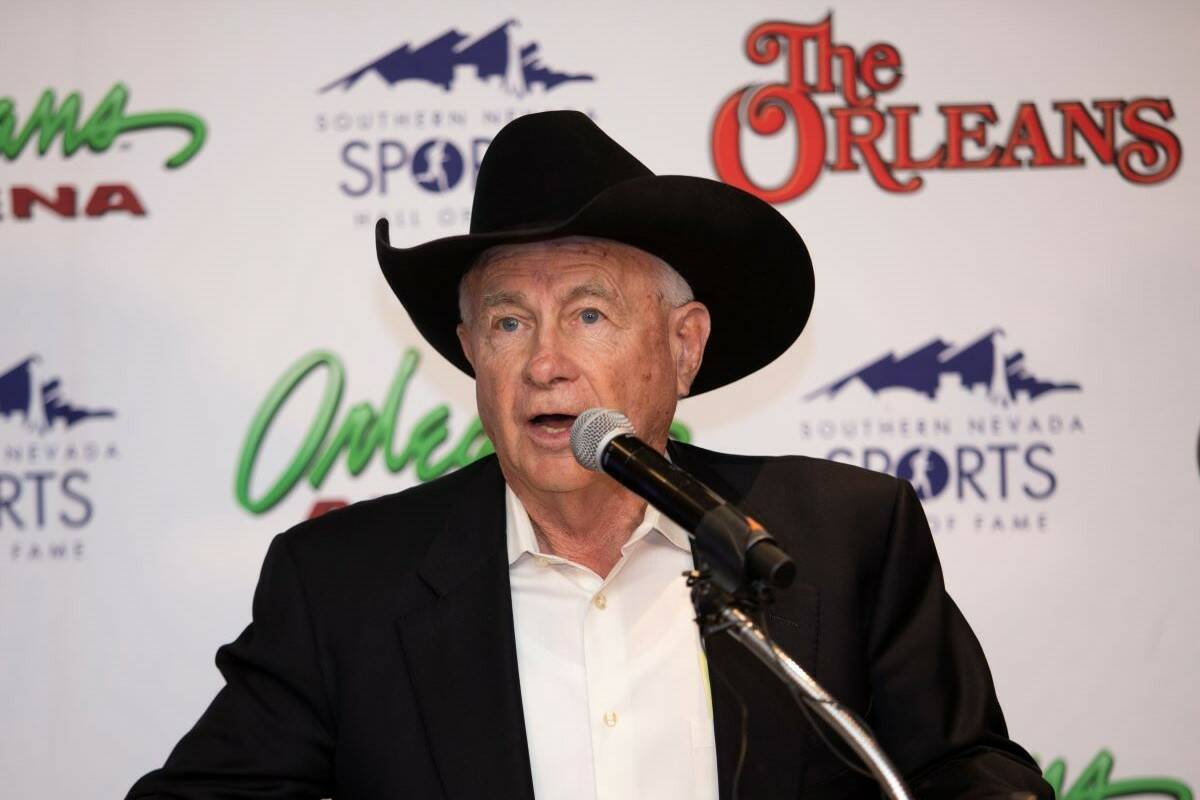 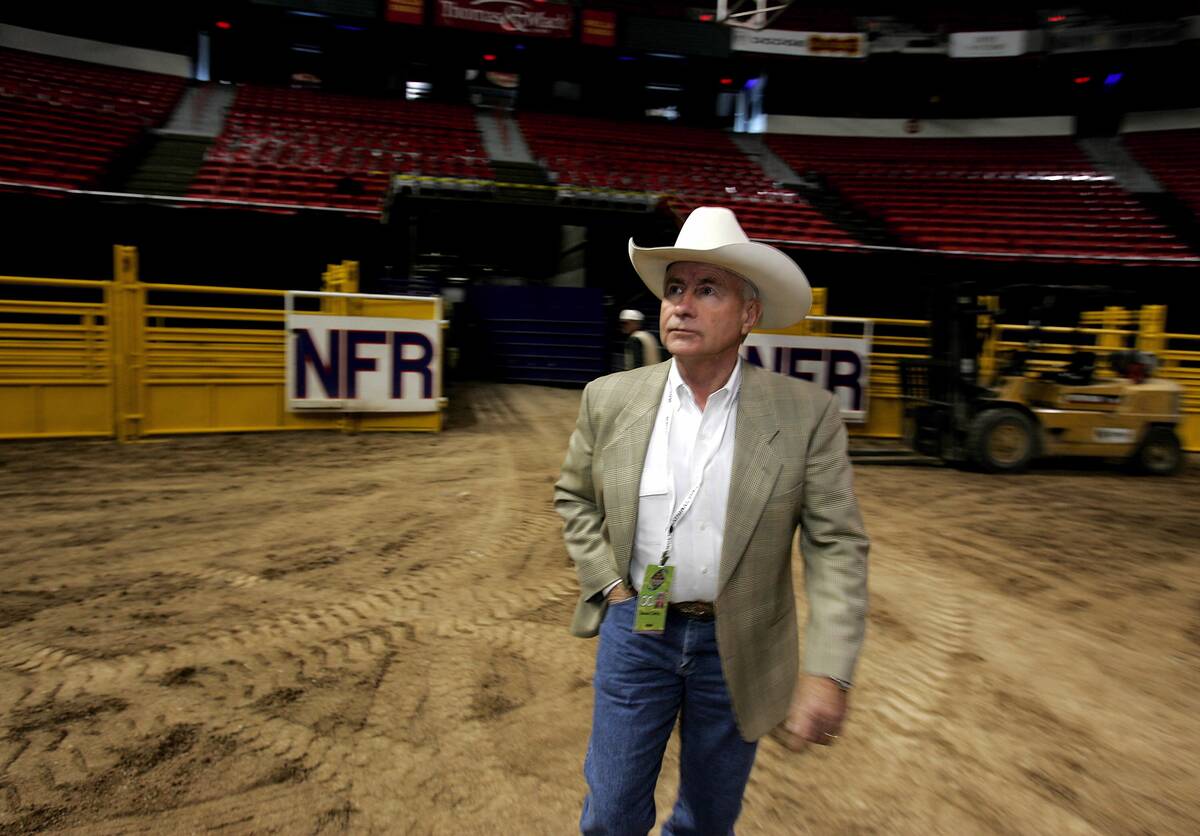 Sports---Shawn Davis, NFR General Manager for the last 20 years in Las Vegas walks the arena at Thomas and mack during setup for the NFR which starts Friday. photo John Gurzinski slugged shawn_davis1_112904 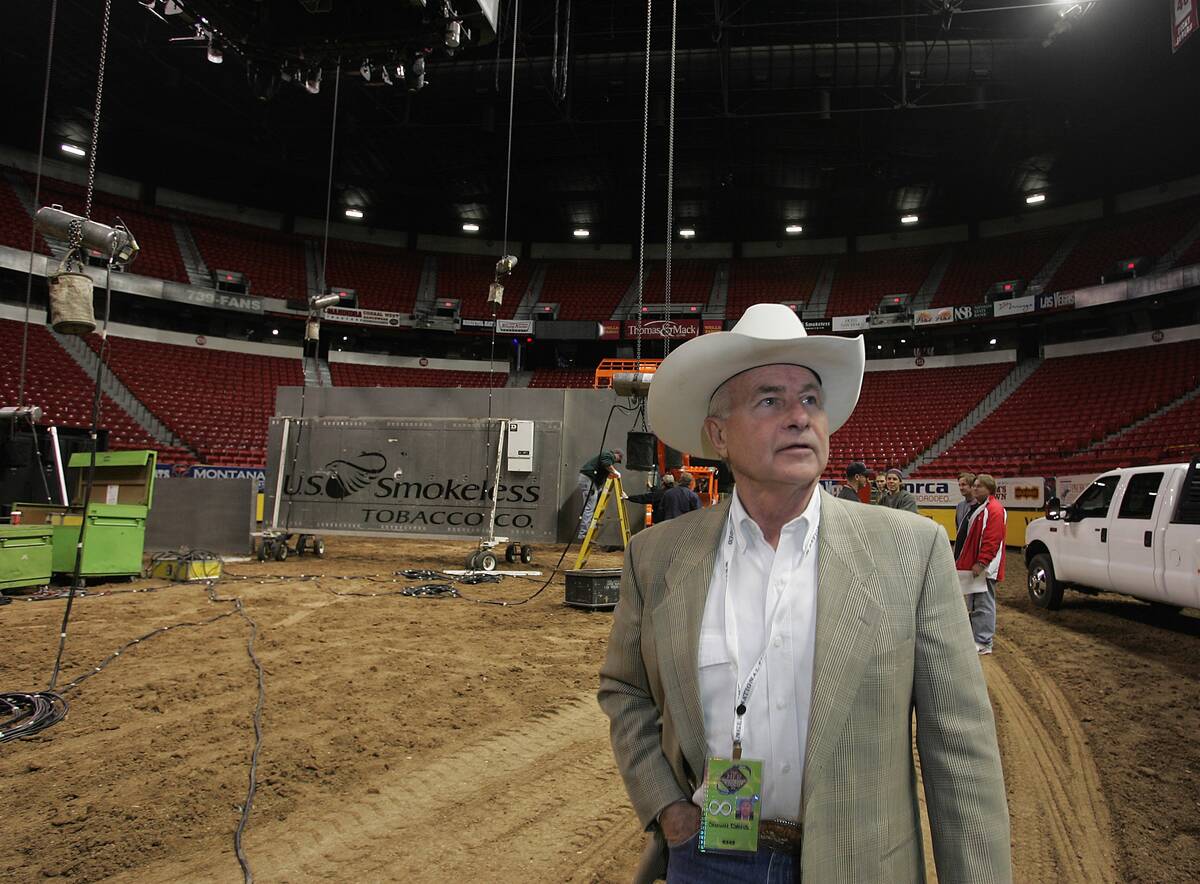 Sports---Shawn Davis, NFR General Manager for the last 20 years in Las Vegas walks the arena at Thomas and mack during setup for the NFR which starts Friday. photo John Gurzinski slugged shawn_davis2_112904 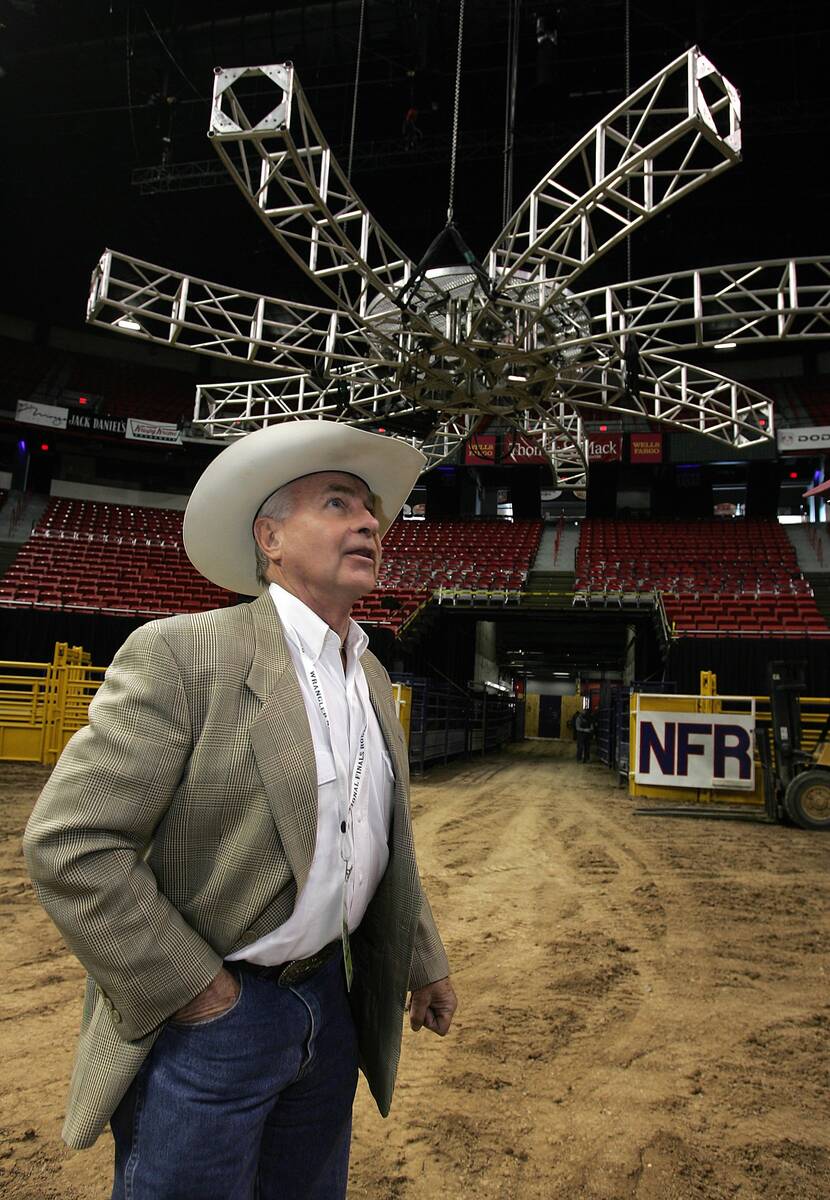 Sports---Shawn Davis, NFR General Manager for the last 20 years in Las Vegas walks the arena at Thomas and Mack during setup for the NFR which starts Friday. photo John Gurzinski slugged shawn_davis3_112904 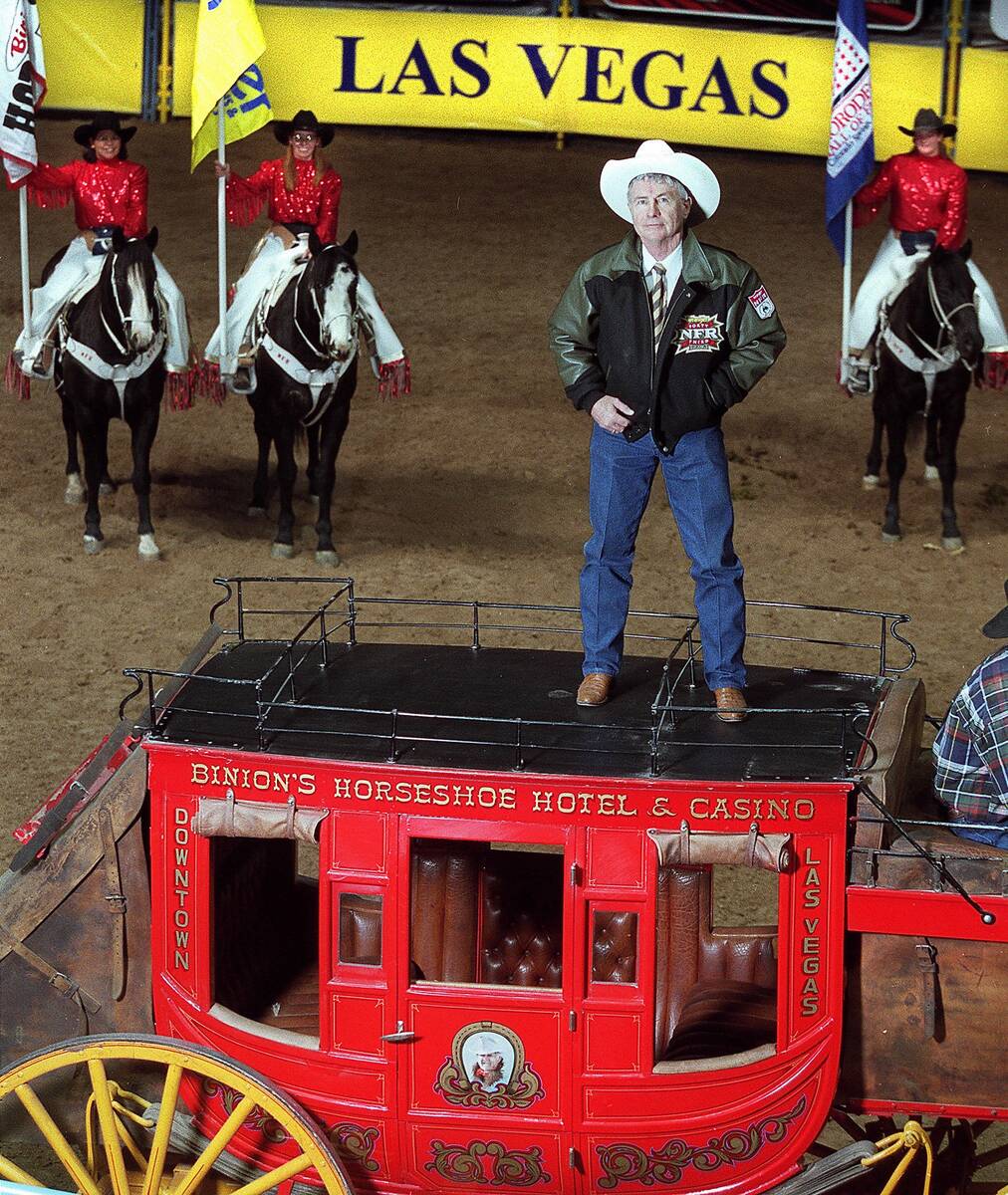 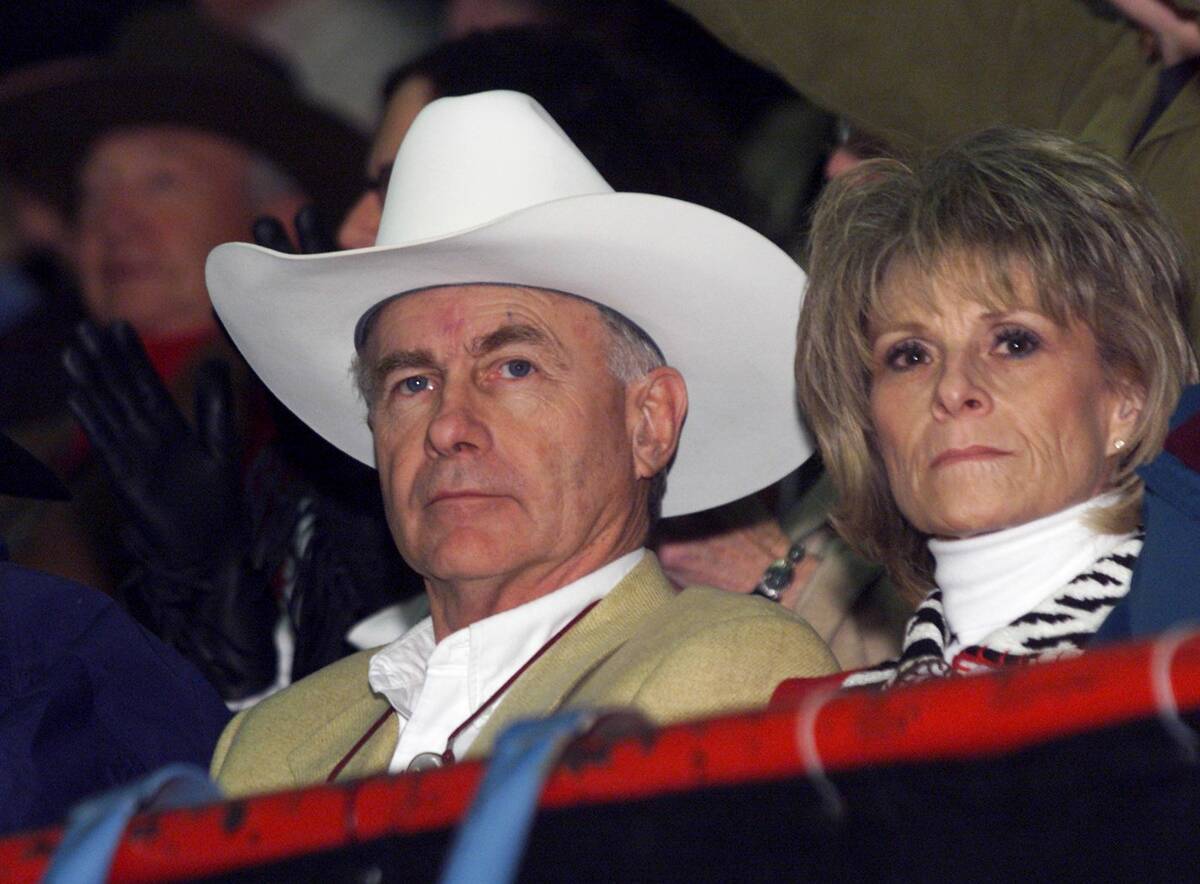 The National Finals Rodeo has been one of Las Vegas’ top sports success stories, an event that annually attracts sellout crowds and rakes in money during an otherwise slow time on the local calendar.

Rodeo’s Super Bowl was awarded to Las Vegas thanks to the tie-breaking vote by Shawn Davis, then president of the Professional Rodeo Cowboys Association.

“I thought if the rodeo was ever going to reach the point of success that I’d hoped it would, it would need to go somewhere like Las Vegas,” Davis said. “I thought Las Vegas was the ideal town at the time.”

Davis, 81, will be inducted into the Southern Nevada Sports Hall of Fame on Friday at The Dollar Loan Center. He is part of the 2020 class that saw its official admission delayed because of COVID-19.

Davis was a three-time champion saddle bronc rider, earning induction into the ProRodeo Hall of Fame in 1979. He also was a three-time national championship coach at the College of Southern Idaho, president of the PRCA from 1982-85 and general manager of the NFR from 1986 to 2018.

Largely because of his professional relationship with late casino magnate Benny Binnion, Davis thought Las Vegas made sense as NFR host when he took over the PRCA. The PRCA considered a move from Oklahoma City 1983, but delayed taking any action.

Then in 1984, the 10-member board took up the issue again at its December meeting in Colorado Springs, Colorado. Davis said a straw vote was taken, resulting in a 6-4 advantage for Oklahoma City, which had hosted the event for 20 years. Las Vegas tweaked its offer that included more of a financial inducement, and Davis said he let the board know that Oklahoma City included in its proposal a levy that hadn’t passed.

That combination prompted one board member to switch the vote and even the total.

That’s when Davis stepped with the tiebreaker.

He said the NFR had grown a little stale in Oklahoma City, that Las Vegas flash would infuse energy. Rodeo sessions also had become long, drawn-out affairs, and Davis knew NFR needed to be streamlined if the sport was going to grow.

NFR sessions were slashed to less than two hours, each event running right after another. Because of an agreement with the Cowboy Channel that includes breaks, sessions now are two hours and 15 minutes, still crisp compared to NFR before the move to Las Vegas.

“Las Vegas is the Entertainment Capital of the World,” Davis said. “How are you going to compete with a four-hour rodeo? You’re just not going to get it done. Because I had always listened to people who had been successful in production, I knew — or I thought I knew — how to solve it.”

Now it’s easy to look back at the vote to bring the NFR to Las Vegas as a no-brainer. Davis said most of the contestants wanted to move to Las Vegas, but board members and contractors “were more conservative” and not convinced it was the right choice.

Nearly 38 years later, those questions have been eliminated.

“I think the third year when the tickets were all sold in Las Vegas confirming that I had made the right decision was probably my (career) highlight,” Davis said.