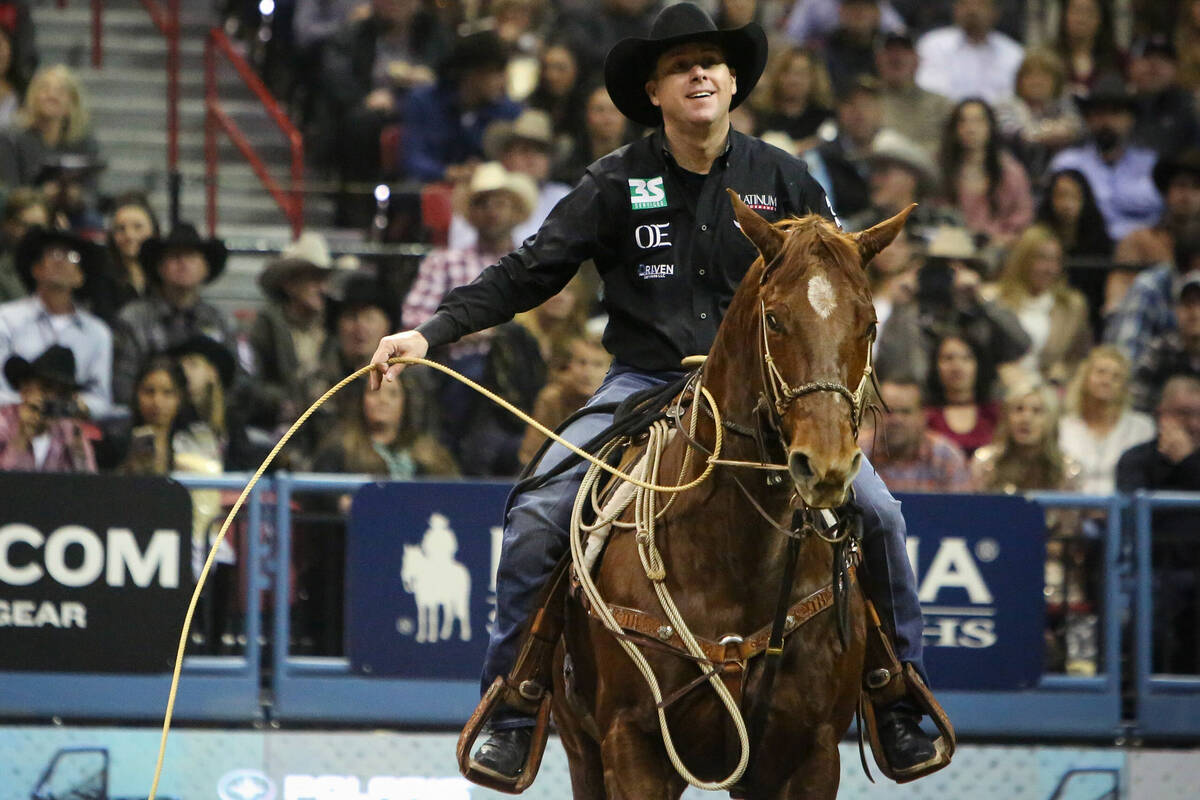 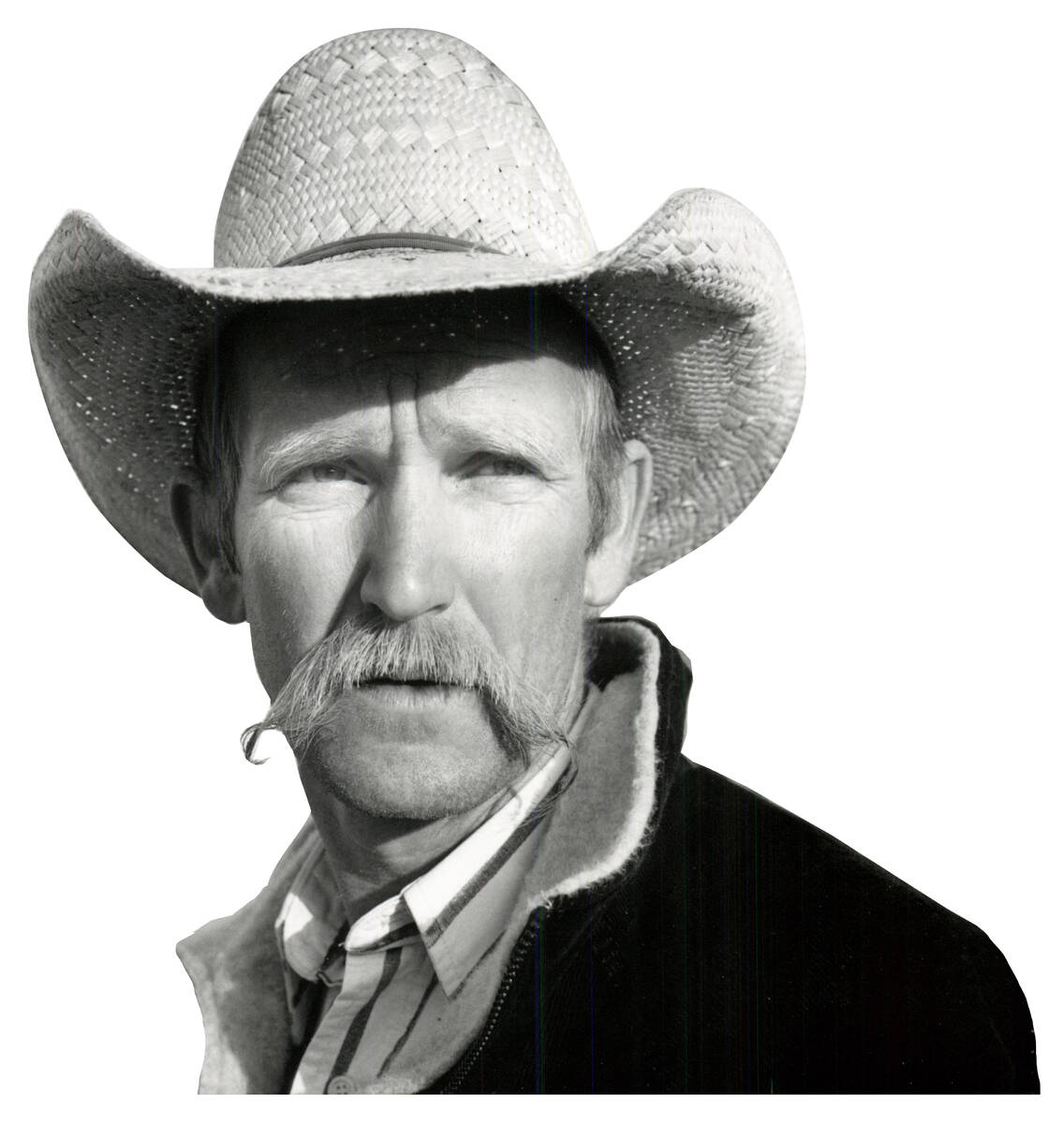 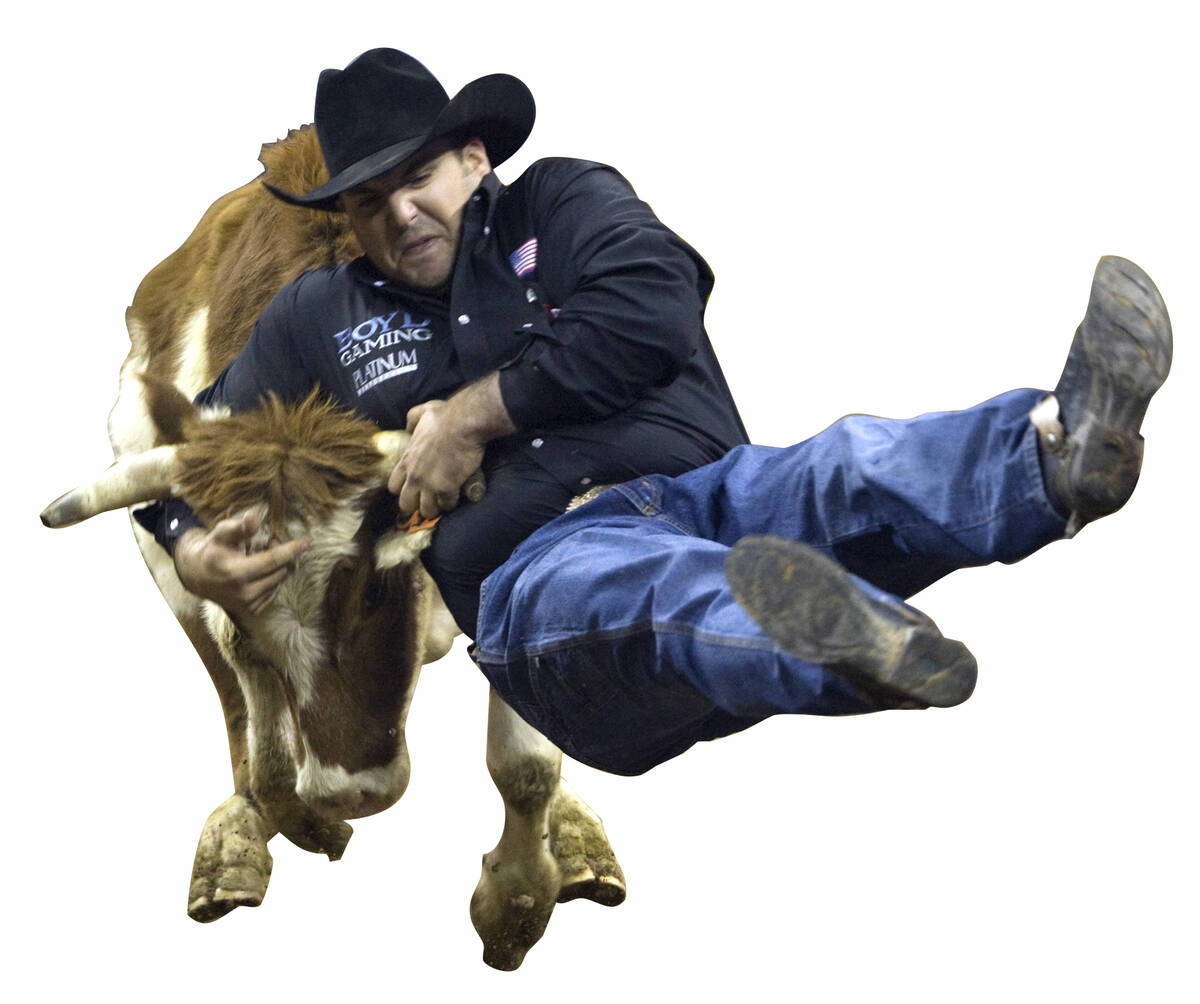 Luke Branquinho of Los Alamos, Calif., wrestles a steer in a time of 3.5 seconds to win the sixth go-around of the National Finals Rodeo at the Thomas & Mack Center Tuesday, Dec. 7, 2010. (Las Vegas Review-Journal File) 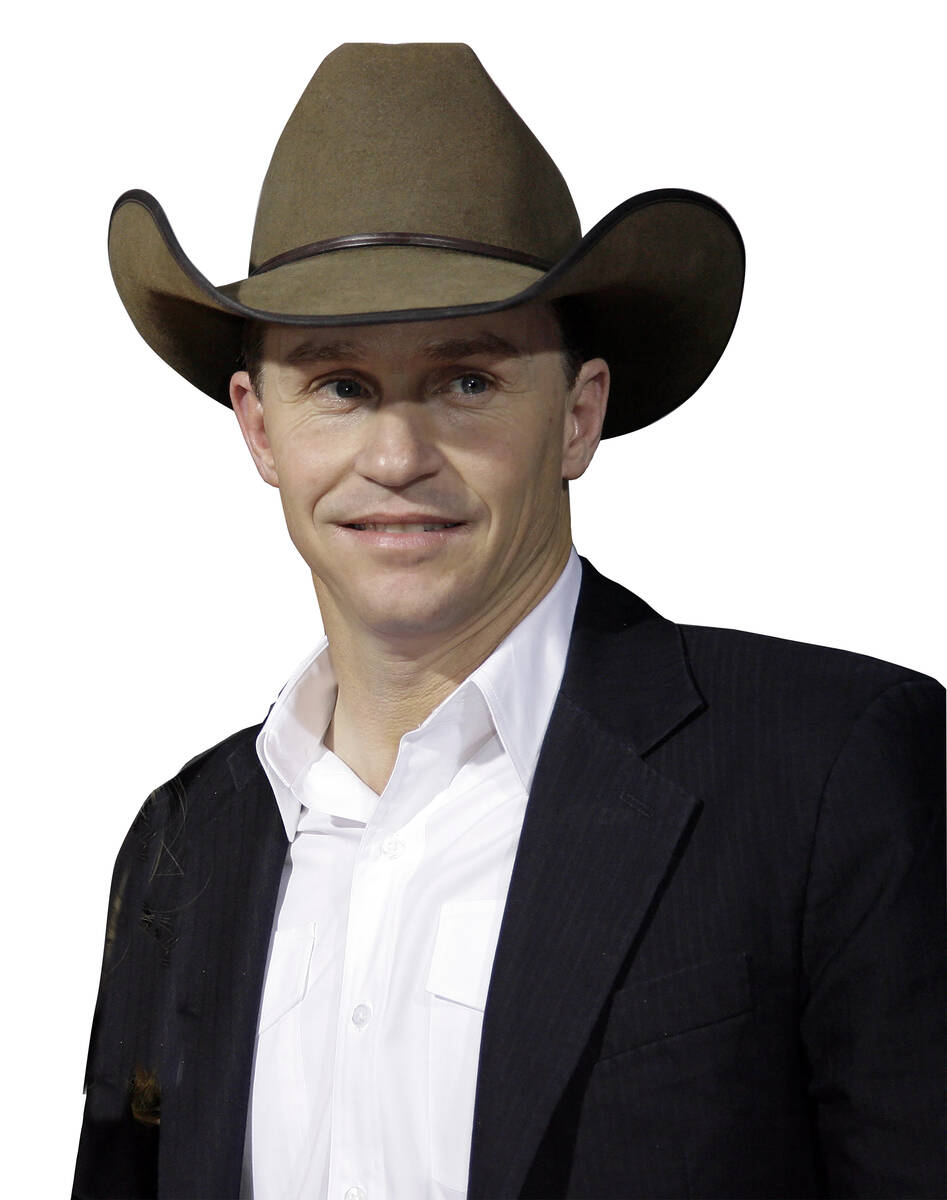 Ty Murray arrive to the New York premiere of the film titled 'We Own the Night', Tuesday, Oct., 9, 2007. (AP Photo/Stuart Ramson)

There were famous singing cowboys such as Gene Autry and Roy Rogers.

And ones who had starred on silver screens, with John Wayne, Clint Eastwood and Gary Cooper among those coming to mind.

But when it comes to real cowboys — the kind that Waylon Jennings and Willie Nelson say mamas should not let their babies grow up to be —you’d be hard-pressed to top the ones who compete at the National Finals Rodeo.

Here are 11 of the best — one representing each of the sport’s seven disciplines and three all-around cowboys in multiple events — who had few equals when it came to ridin’, ropin’ and the ability to git-R-done:

■ Did you know: Branquinho has Type I diabetes and uses an insulin pump to keep his blood glucose levels under control.

■ Did you know: Williams is one of only seven team ropers to make it to the NFR as both a header and a heeler.

■ Did you know: During his final world championship season of 2003, Mortensen became the first roughstock cowboy in PRCA history to surpass $2 million in career earnings.

■ Did you know: Whitfield became the first Black competitor to win the all-around cowboy title in 1999.

■ Did you know: Gay often flew himself to rodeo events in a private plane after acquiring a pilot’s license.

■ Did you know: Murray and his former wife, the singer-songwriter Jewel, were contestants during the eighth season of ABC’s “Dancing with the Stars.”

■ Did you know: Mahan began competing in pro rodeo at age 14, won two world bull riding world titles and was featured in the 1973 Oscar-winning documentary “The Great American Cowboy.” ◆