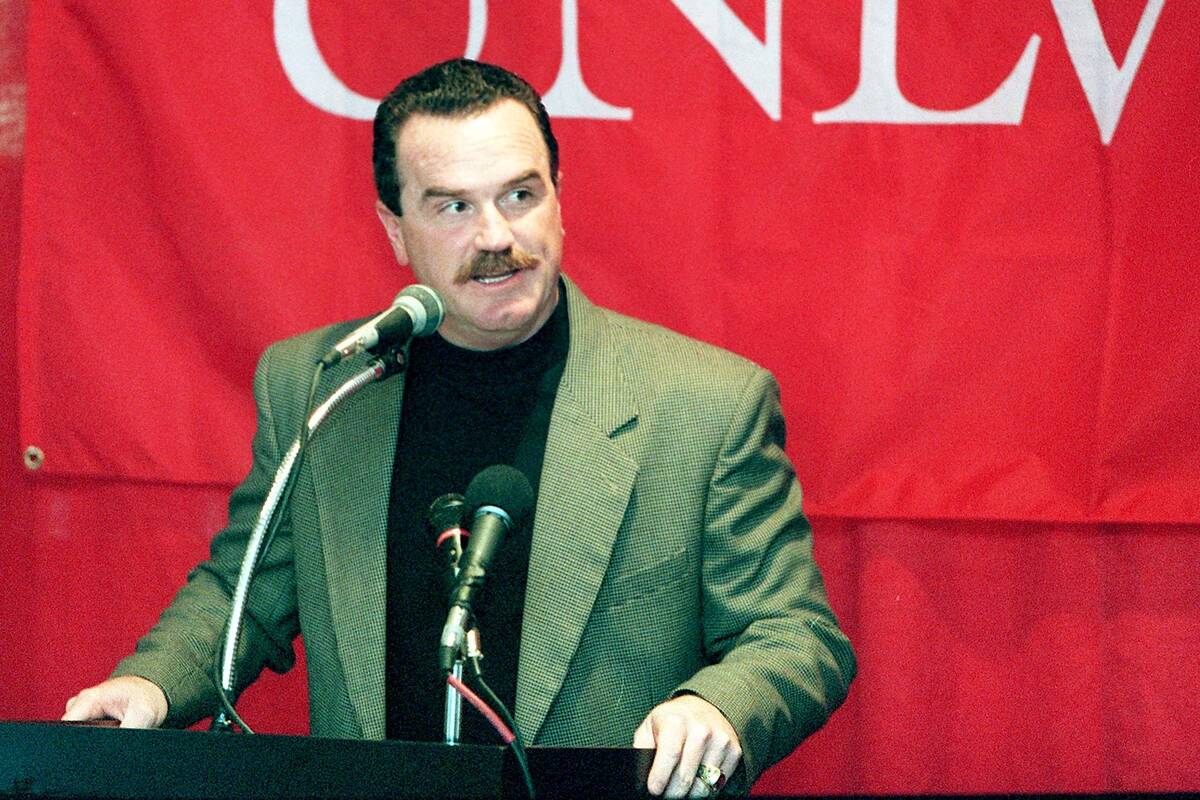 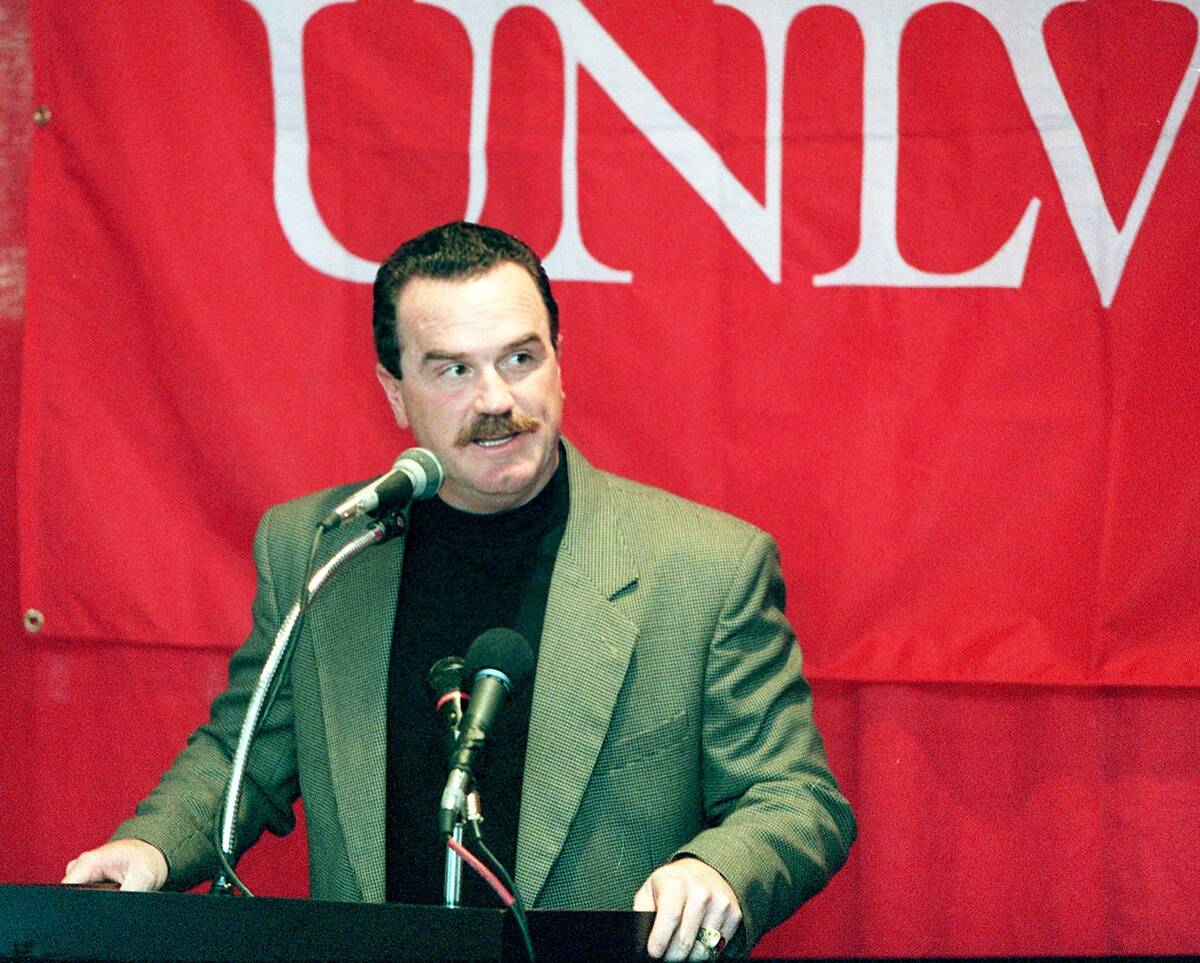 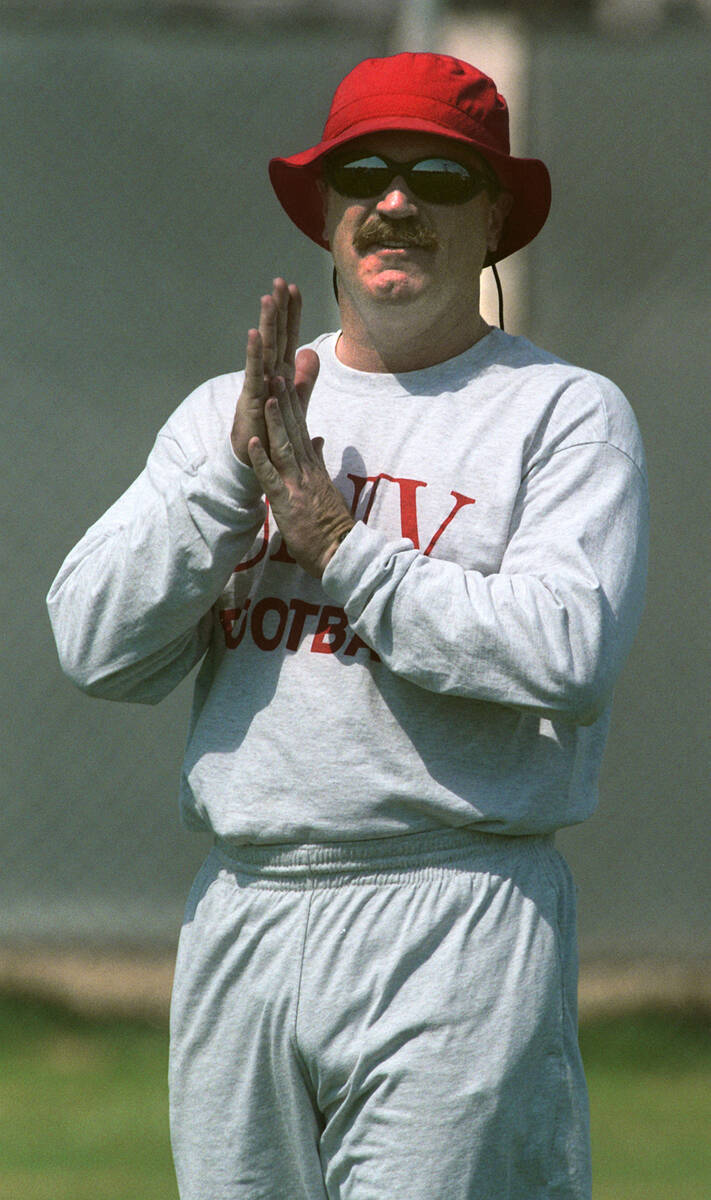 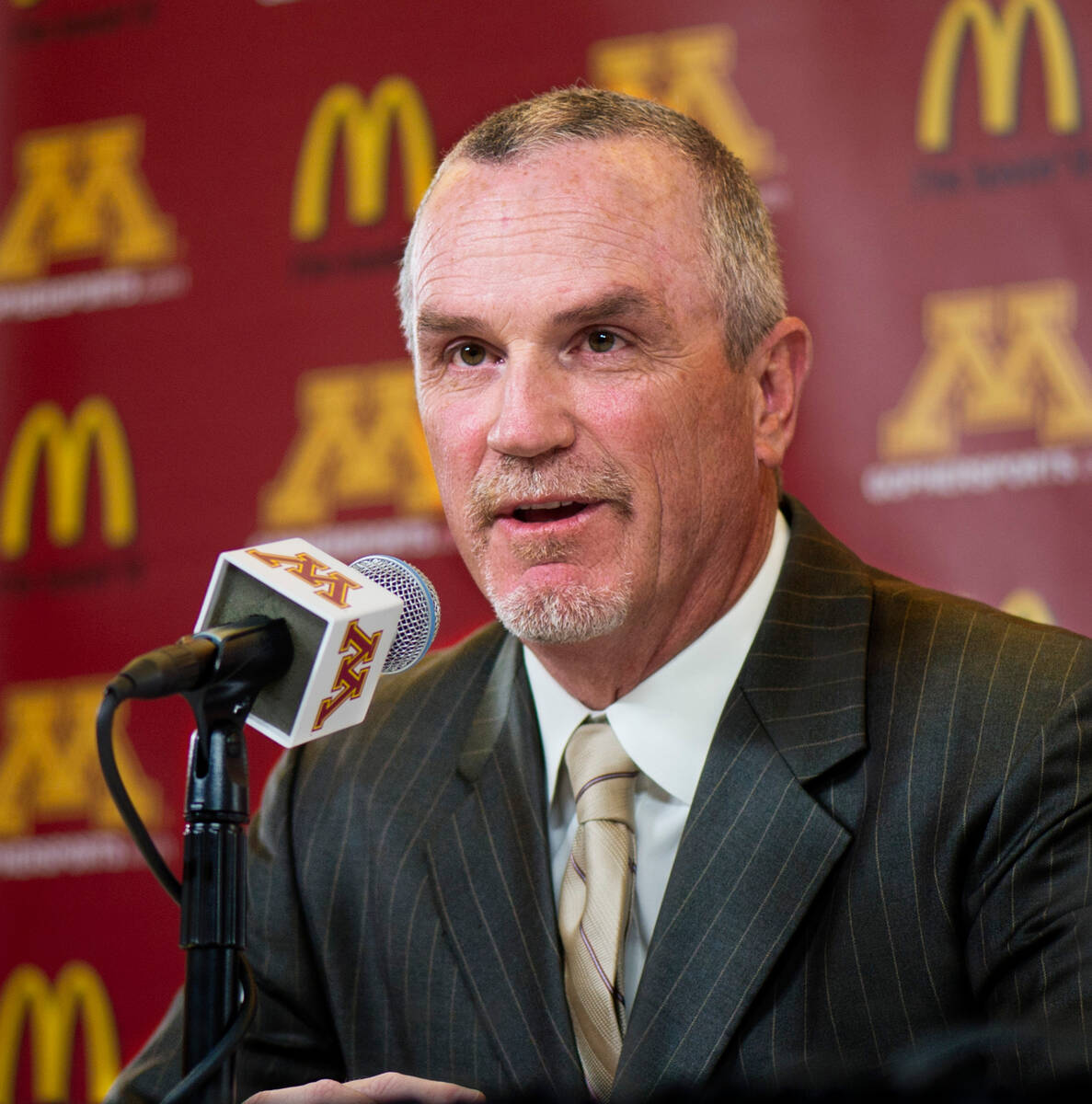 The calls and texts have been rushing in faster than any blitzing defense Jeff Horton saw during his more than 40 years as a football coach.

But none of the messages are about schemes or play designs. That’s not what coaching is all about in the end.

Horton, the former head coach at UNLV, retired this week after spending the past 12 seasons as an assistant at San Diego State.

His illustrious career spanned 43 falls, including 35 at the college level to go with four each in the NFL and high school ranks.

Two times, he helped coach a player to an NCAA career-rushing record. While those are among his proudest moments, they weren’t brought up much in those phone conversations this week.

No, the most popular subject was the legendary dessert his wife, Teri, is known for preparing.

“Teri’s mud pie is what everyone wants to ask about,” Horton said in a phone call this week. “They want to know when she’s making it and when they can come have some.”

Anyone seeking a slice will have to head to Reno. Jeff and Teri plan to settle where they met and his career began, but not for a few months. They will wait in San Diego until the snow clears before making the trek up north.

There was a time when Horton was viewed as a bit of an enemy in the biggest little city in the world. That’s because after one season as the hand-picked successor to legendary coach Chris Ault, Horton uprooted much of his UNR staff to take over as the coach at UNLV in what was known as the “Red Defection.’”

Horton, who won a Big West title with a win over the Wolf Pack in his first year at UNLV and went on to win the Las Vegas Bowl that same season, viewed the UNLV program as a sleeping giant.

Nearly three decades later, that vision is starting to take shape. Horton coached at Allegiant Stadium and recently went to watch some his former Aztec players compete there when he took in the game between the Raiders and 49ers. He said he saw the potential the facility has to create a tremendous atmosphere for the Rebels.

He said the Rebel football program is well-positioned to make the kind of big leap that led him to take the job in Las Vegas nearly 30 years ago.

“The city of Las Vegas has a lot to sell, too,” he said. “I think it’s a great situation.”

San Diego wasn’t so bad, either. The final stop of his storied career saw Horton’s teams become bowl eligible in all 12 of his seasons with the Aztecs, and he coached running backs to all-Mountain West honors in 11 of those seasons.

One of those backs was Las Vegan Donnel Pumphrey, who broke Ron Dayne’s all-time NCAA career rushing record. Horton was also on the offensive staff at Wisconsin for Dayne’s senior season.

Those records are among Horton’s greatest memories, along with the Las Vegas Bowl win, a state title as coach at Bishop Manogue High School, a wild Division I-AA playoff game between UNR and Arkansas State in a blizzard, an upset victory over Iowa when he was interim coach at Minnesota and back-to-back Mountain West titles in 2015 and 2016 with the Aztecs.

Then there was that Rose Bowl appearance with Wisconsin when he made sure to stand on the field and look around to appreciate the moment. Those are just a few of the most treasured moments from more than four decades of coaching.

He has seen a great deal of change during that time, but Horton said he still believes kids are the same deep down, even if they ask “why” more than players of the past.

The 65-year-old is still more than capable of helping a new generation of players create even more memories, but he decided this is the right time to step away.

“It’s been fantastic for 43 incredible years and I wouldn’t trade them for anything,” he said. “I want to go out on my own terms, not when you’re shown the door. You always want to leave the party while you’re still having fun, and I’m having a blast right now.”

The mud pie is calling.