RJ App
Vegas News, Alerts, ePaper
OPEN
Derrick Jones, Jr., a forward with the Miami Heat, spoke about his transition to the NBA, Kobe Bryant's passing, the effect it had on him as a native of Pennsylvania and how he's applied Bryant's work ethic to his own career. (Heidi Fang/Las Vegas Review-Journal) 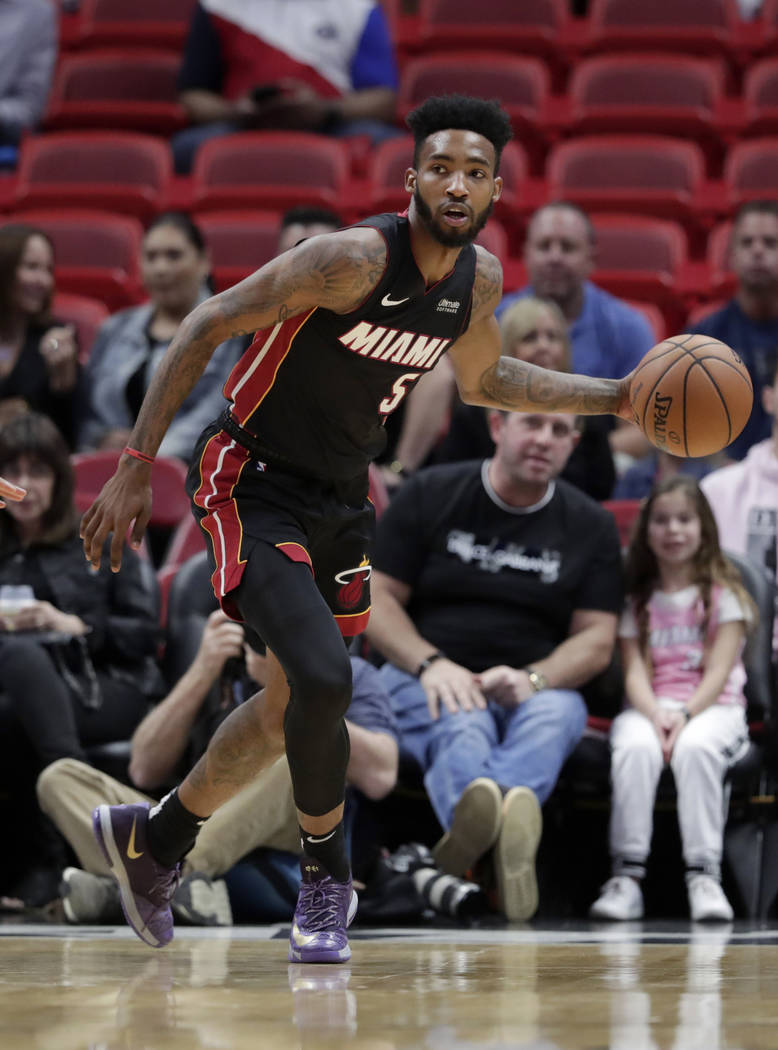 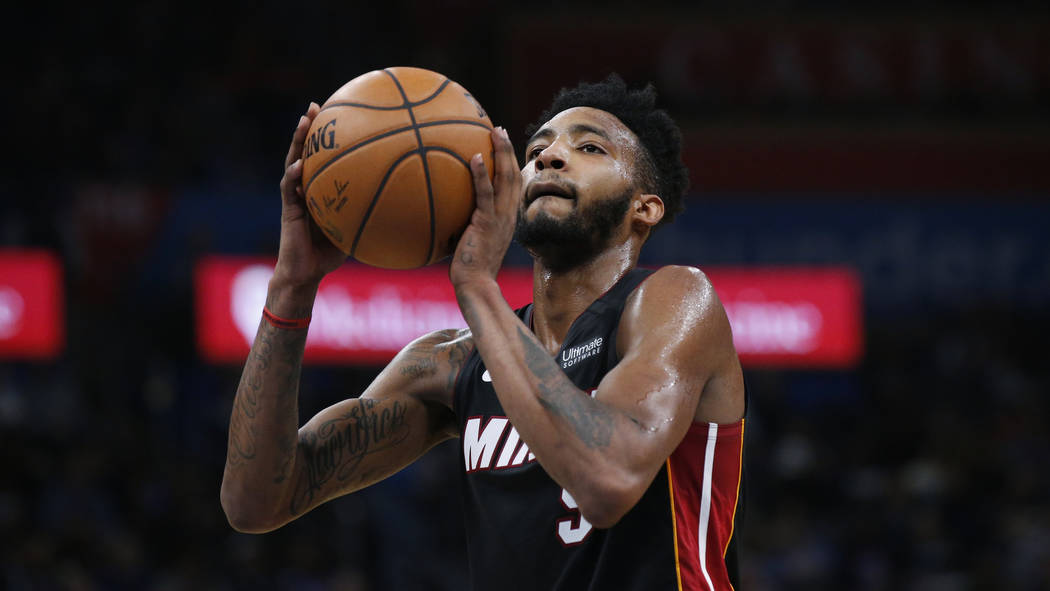 Then there were the ones a few feet from Derrick Jones Jr., those that represented all he has felt since much of the world was stunned into an ocean of tears Sunday.

“I always had love for Kobe,” Jones said. “Growing up, I watched Kobe all the time. His are the only shoes I have worn to this day.”

Super Bowl week doesn’t stop other leagues from forging ahead. So while the Chiefs and 49ers continued preparing for Sunday’s encounter at Hard Rock Stadium, the NBA continued trying to deal with the death of Kobe Bryant by playing most games.

That meant the Heat and Celtics at AmericanAirlines Arena, where Boston prevailed 109-101.

It also meant a kid from Chester, Pennsylvania, who played his college ball at UNLV, stood at his locker afterward and reflected on the loss of a legend.

Bryant was born in Philadelphia and, while he meant everything to so many players mimicking him as they grew up on playgrounds around the globe, he held a special place in the hearts of those from the Commonwealth.

He was one of them, and yet owned an unmatchable level of skill.

They could never be him but, oh, how they tried.

“I loved his killer mentality,” Jones said. “He treated every day in the gym and every game like it was his last. It’s a (trait) I take dearly — nothing is guaranteed. You never know what can happen.

“I didn’t have anyone looking at me coming out of college. I fought my way through this every day. I’m still fighting.”

You remember his short time at UNLV.

Prior to joining the program as a freshman in 2015-16, the NCAA requested that ACT scores recorded by Jones and other student-athletes from a particular testing site in Baltimore, Maryland, be investigated.

He was cleared to begin the season and averaged 11.5 points on 58.9 percent shooting and averaged 4.5 rebounds in 30 games before the call came.

UNLV was notified that the ACT score had been canceled and that Jones was ineligible under NCAA rules, ending his season.

Two months later, frustrated with possibly remaining in collegiate purgatory, he declared for the NBA draft.

He arrived to the world of professionals an undrafted free agent and much the same player Las Vegas knew.

In other words, he could jump from one coast to the next.

His nickname is Airplane Mode. You get the idea.

But being the favorite in most any dunk contest — Jones is expected to compete in the NBA’s version for a second time during All-Star weekend — and owning remarkable athletic gifts weren’t going to help him stick.

So as he spent time with the Suns, much of it in the G-League, he came to understand what would.

He didn’t wait for opportunity. He created it at the defensive end, which is why Miami signed Jones to a two-year deal for $3.1 million and is now taking an even longer look as he prepares to become an unrestricted free agent following the season.

His importance is most felt by anchoring the team’s zone defense, his long arms able to close out on shooters and disrupt passing lanes, his quickness allowing him to climb into and bother some of the world’s best small forwards.

Jones averages 8.3 points, 4.1 rebounds and is among the league’s 90th percentile when it comes to block percentage and steal percentage. But he still must get stronger, generously listed at 6-foot-6 and 210 pounds.

He could also make Miami’s decision about a new deal much easier by hitting more shots, given he’s at 22.8 percent on 3s.

Jones still looks the same, rail thin as ever, incredibly accommodating, thoughtful about his time with the Rebels and all that has happened since.

“I loved (UNLV) and still go back to Vegas every summer,” Jones said. “But I had just turned 19 when I left and was still acting like a high school kid. I had to learn how to be (a professional).

“I’ve always been more than an athlete, but I don’t mind if people call me just a dunker. I’m going to treat the game how it should be treated and play it how it should be played. Every day in the gym like it’s my last.”