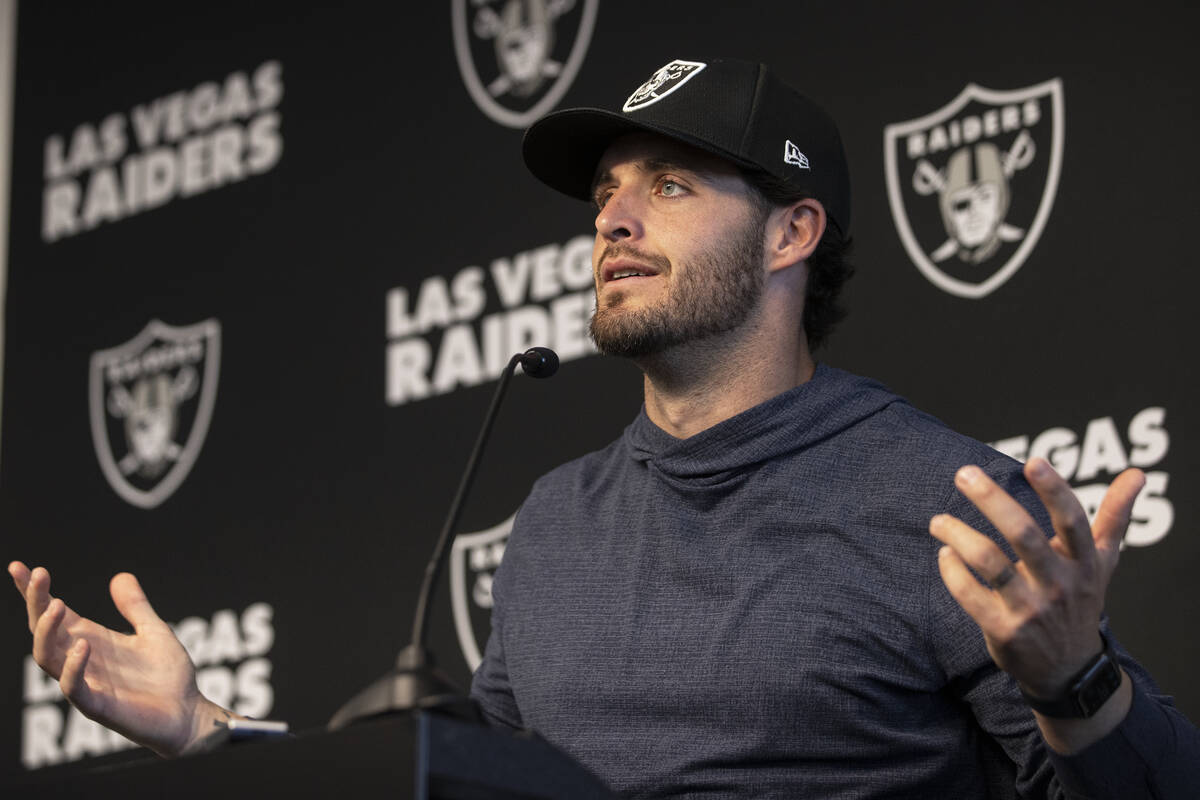 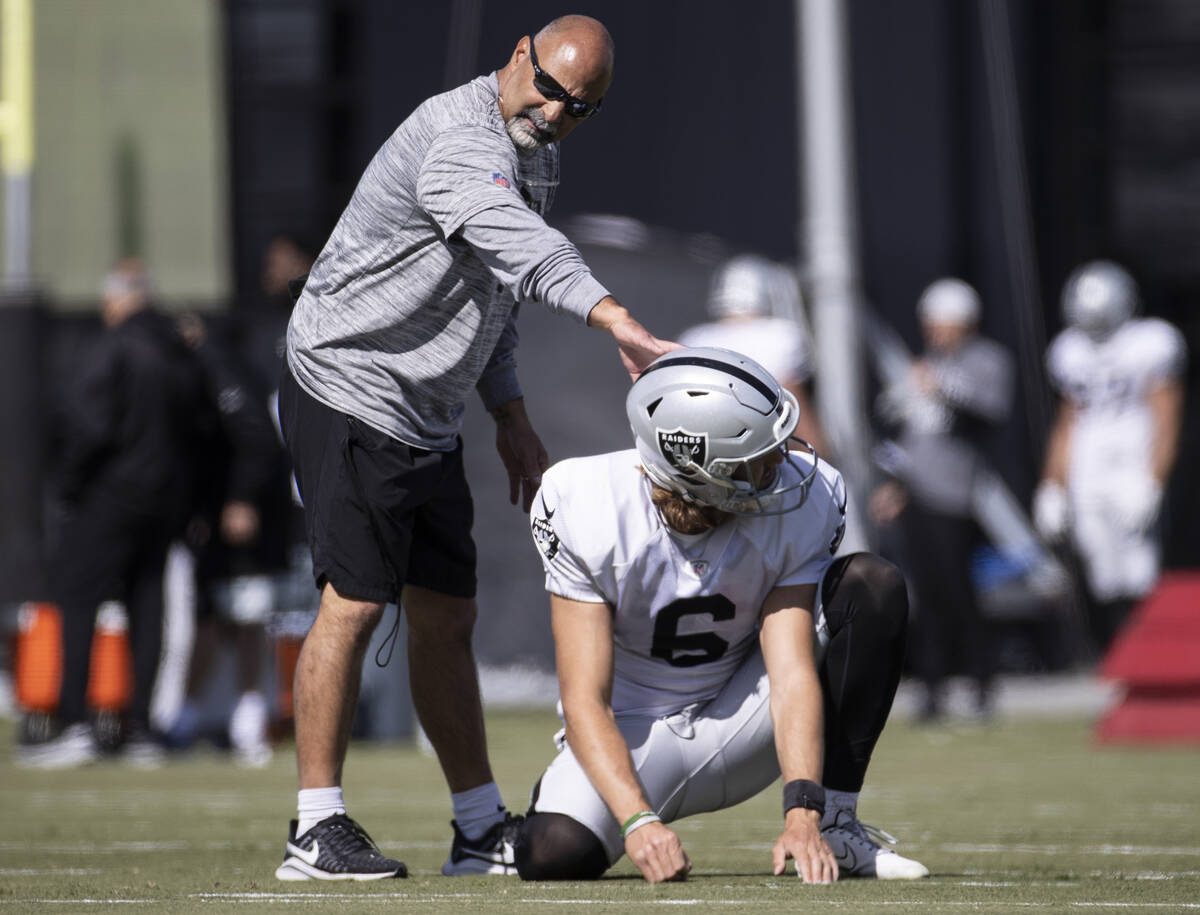 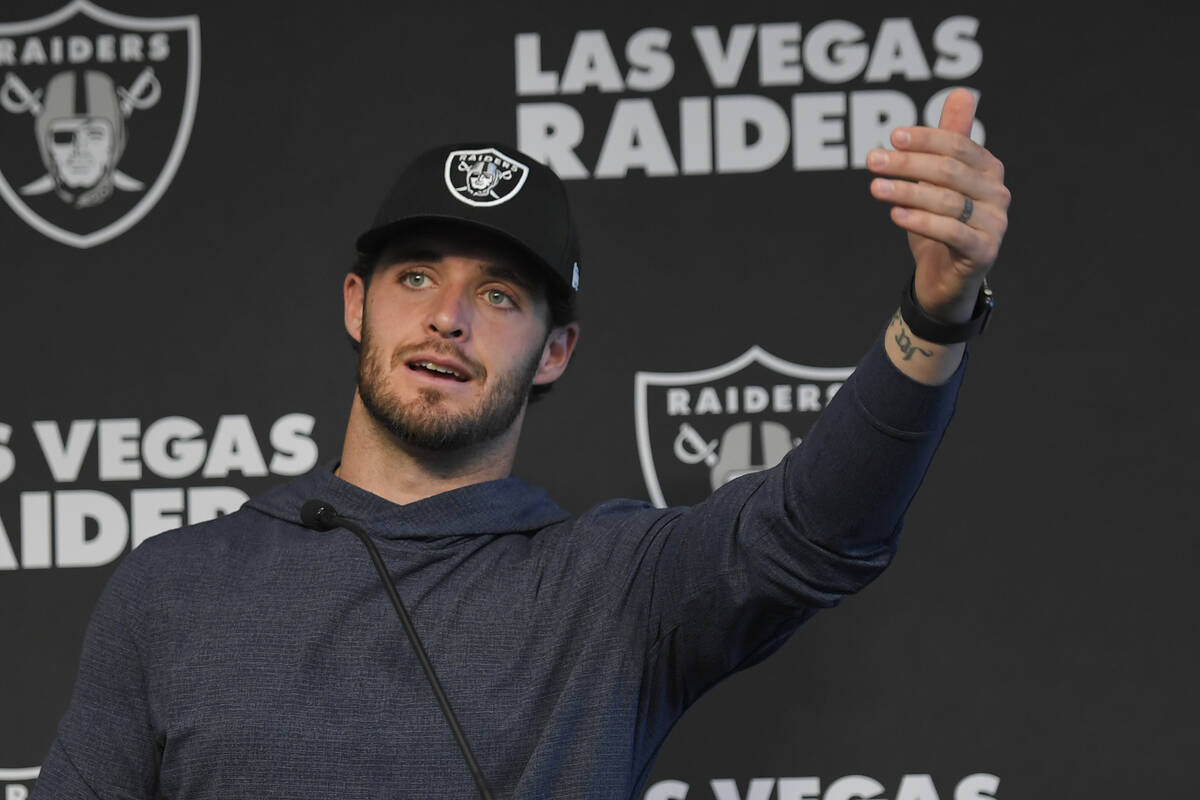 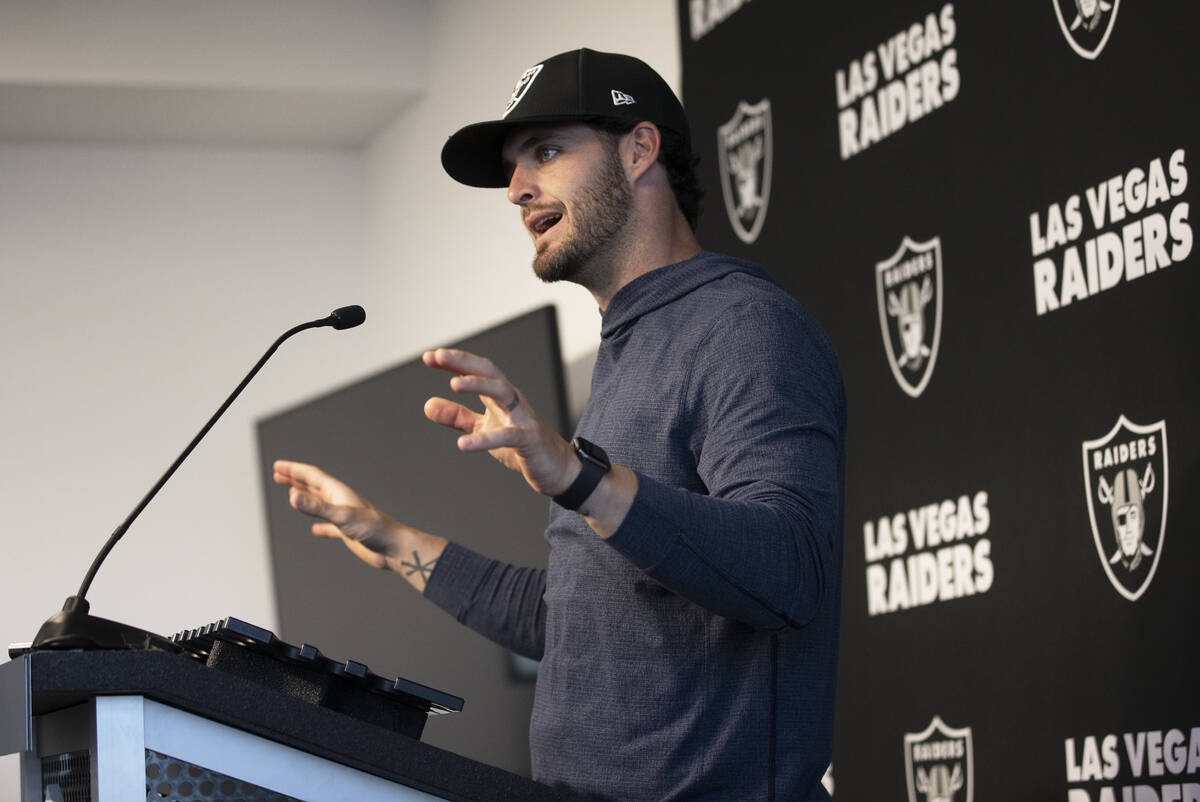 Derek Carr walked onto a Raiders practice field Wednesday and expected to hear a familiar voice in his ear.

Expected a joke or some other way to get him fired up.

Expected, in the most surreal manner, Jon Gruden.

Yet Carr knew that particular sound wouldn’t come. Not in this way. Not ever again.

Talk about a crazy storyline: Five games into the 2021 NFL season, Gruden is gone from the Raiders and Carr isn’t. Who woulda thunk it?

There were few relationships in the league dissected more than Gruden and Carr. Head coach and quarterback, teacher and student, offensive wizard and willing disciple.

No longer. Gruden resigned Monday hours after a New York Times report detailed emails in which he made homophobic and misogynistic remarks. This, after a previous email showed him to have used a racial trope regarding players union chief DeMaurice Smith.

“I love the man, but you hate the sin,” Carr said. “Nobody is perfect. Let’s start opening everyone’s emails and texts and people would start sweating a little bit.

“I’ve grown to love the person. We spent so much time together, have been through so many battles. He always had my back. Was always there for me. And now it’s over. He’s not going to be around. And that’s the hard part.”

It leaves an eight-year starting quarterback to navigate an offense — along with coordinator Greg Olson — that Gruden oversaw and directed with a heavier hand than the most uncompromising of bosses.

Four years passed and the level of trust between Carr and Gruden grew to surprise many outside the organization. Few really believed the Raiders weren’t shopping Carr — or at least evaluating any possible trade scenarios — each offseason.

Tom Brady. Aaron Rodgers. Russell Wilson. Deshaun Watson. As preposterous as some options seemed, the rumor mill always seemed focused on Carr and who might replace him.

Fact: Gruden never came close to acknowledging he desired anything else but to keep Carr. He was as complimentary of his quarterback as any coach could be.

Now, we get to see another side of Carr: What kind of leader is he off the field in the most trying and difficult of times? He better be a capable one.

He said different emotions are flowing through a shocked locker room. Sadness. Anger. Empathy. Frustration. There is no handbook for a player, even a quarterback, to best understand how to stand in front of a packed media room and explain what it’s been like.

“I’m sick about it, mad about it,” Carr said. “There will come a day when I can talk all about my feelings. At the same time, nobody cares. We have to move on.”

His message to teammates was in that realm: That despite the emotional upheaval, what comes next is an AFC West game at Denver on Sunday. That no matter who the head coach is, no matter how the past several days might have turned a franchise on its collective head, everyone in the room has a job to do. So do it.

More than ever, Carr says, his voice has to be a strong one. To bring teammates together and push them in the right direction. That at 3-2, the Raiders still have everything in front of them.

It doesn’t, however, remove any of the sting from the last 72 hours or so.

“But at the same time, what is right is right and what is wrong is wrong.”