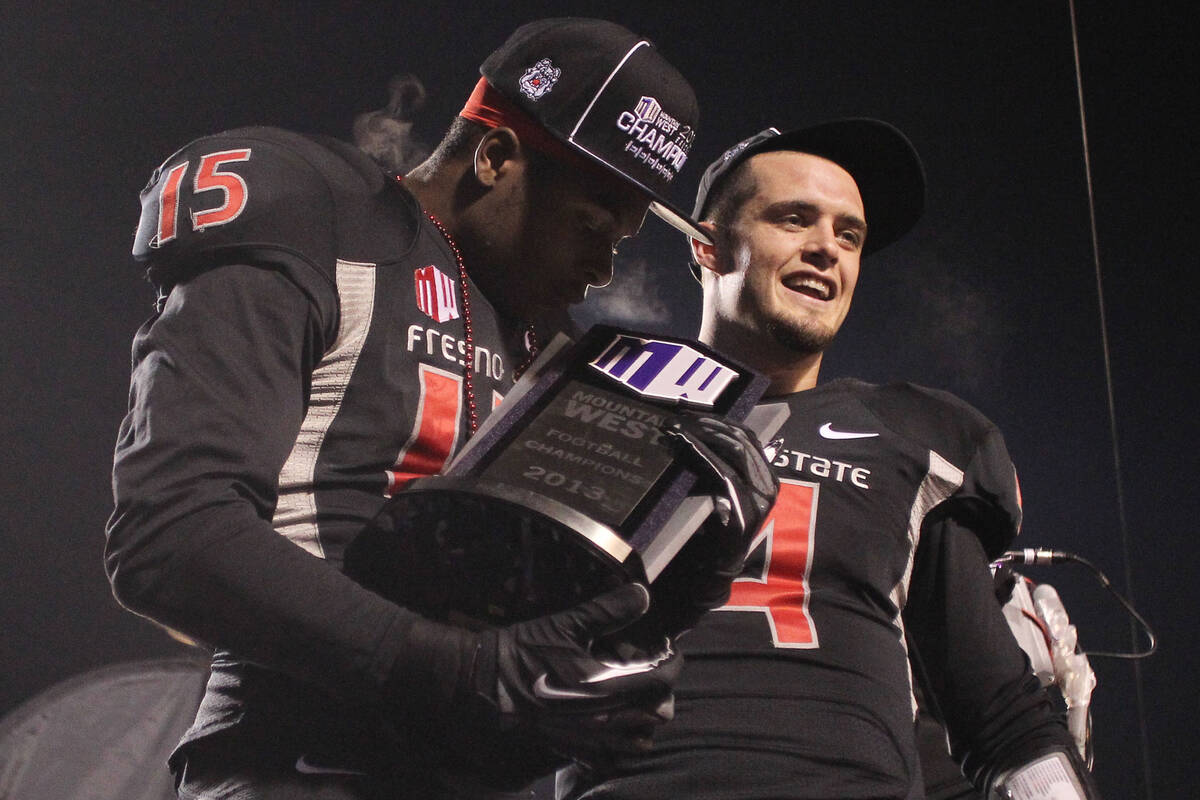 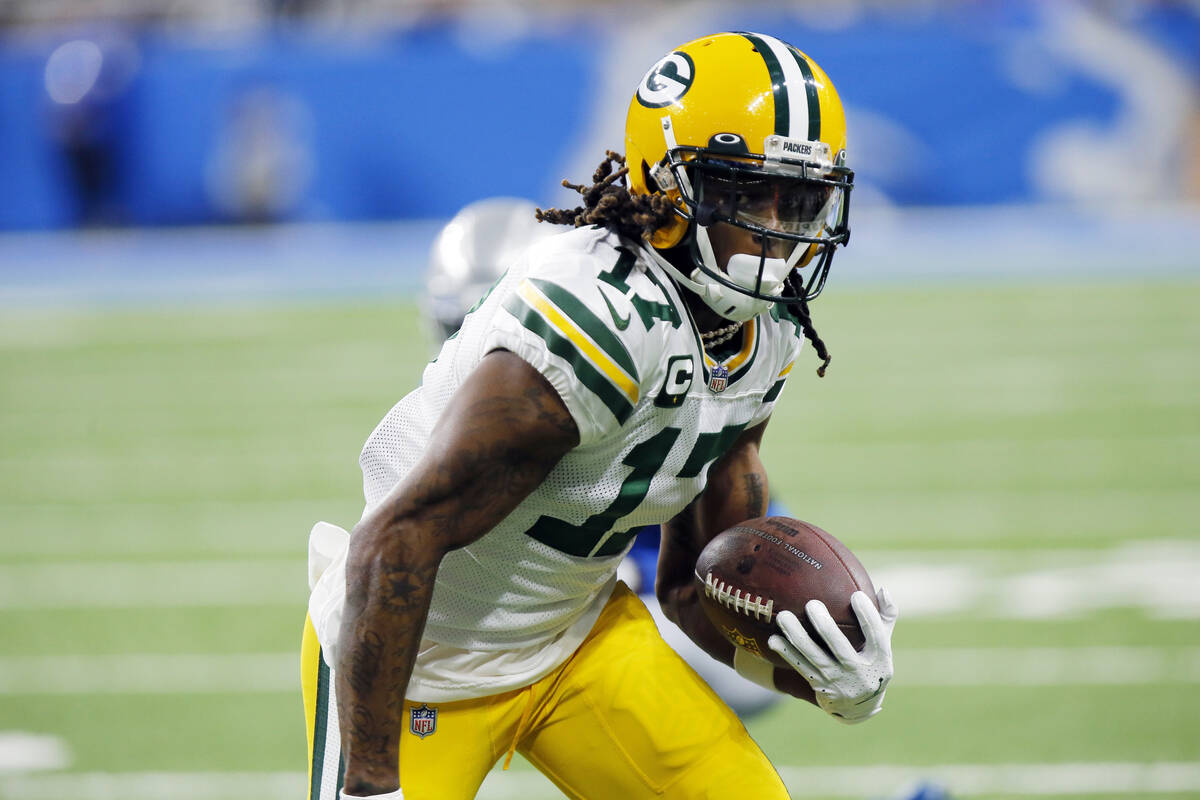 FILE - Green Bay Packers wide receiver Davante Adams runs during the first half of an NFL football game against the Detroit Lions on Jan. 9, 2022, in Detroit. (AP Photo/Duane Burleson, File)

Well, if we didn’t know before, we sure do now.

Dave Ziegler and Josh McDaniels are all-in to win.

And here we thought the signing of Pro Bowl defensive end Chandler Jones would be the biggest news to break on the Raiders this week.

The team on Thursday acquired the league’s best wide receiver in a trade for Davante Adams of the Packers. The Raiders will send back their first- and second-round draft picks this year.

It’s more than a fair swap. You pay for elite talent. Adams is that and then some.

The really good part for him: Adams will receive a five-year contract extension that will make him the highest paid wide receiver in NFL history. Yeah. The Raiders are going for it.

We didn’t know at first how Ziegler and McDaniels as the team’s new general manager and head coach might approach this first season in charge. There was an argument to make — not an awful one — that the team should rebuild from the turf up.

That winning 10 games last season and qualifying for the playoffs as a wild-card team could be viewed as somewhat fool’s gold. That theirs was a roster good enough to make the postseason but not to contend for a Super Bowl.

The latter might still prove true — there are still needs to fill, beginning across the offensive line — but the Raiders are a whole lot better today.

What we also know: Who the team’s quarterback will be.

The only person happier than Adams on Thursday —if there could actually be someone given the Brinks truck of money he just received — might have been Derek Carr.

He also just saw the pressure meter on his own play rise considerably.

Carr’s situation with the Raiders still hasn’t been publicly resolved. He hasn’t been officially extended (you never know what’s happening way in the background) and has one final year on his contract at near $20 million.

But it’s unlikely the Raiders would trade for the player who was Carr’s close friend and leading wide receiver at Fresno State and not desire an on-field reunion for the pair. My guess is Carr is extended soon. The Bulldog Band is back together.

Which means — fair or not — it’s all on Carr. That’s the role. His position. There aren’t many better receiver trios in the NFL than Adams, Hunter Renfrow and tight end Darren Waller. Carr now has the dynamic play-maker the Raiders lacked for most of 2021.

They desperately needed one after wide receiver Henry Ruggs was charged with felony driving under the influence and reckless driving charges in a fiery crash that killed Tina Tintor and her dog last November.

Ruggs was immediately released from the team, leaving the Raiders without a true outside threat at a most valuable position. That’s settled now with the massive upgrade that is Adams.

“It’s a big deal — a huge deal — and shows that (Ziegler and McDaniels) aren’t just sitting on their hands and waiting for the draft,” said former Raiders tackle and now radio broadcaster Lincoln Kennedy. “You had to do something after losing Ruggs. I like that they’re trying to make things happen rather than rebuilding.”

You know what it also shows? That the Raiders have joined the fight in what is an incredibly robust AFC West.

Paper isn’t worth much, but you’re looking at the NFL’s best division today.

Some believed a few days into free agency that the Raiders were being left far behind. That all changed Thursday.

“They needed to make a big splash,” Kennedy said.

They got Davante Adams.

We’re talking a cannonball the size of Allegiant Stadium.