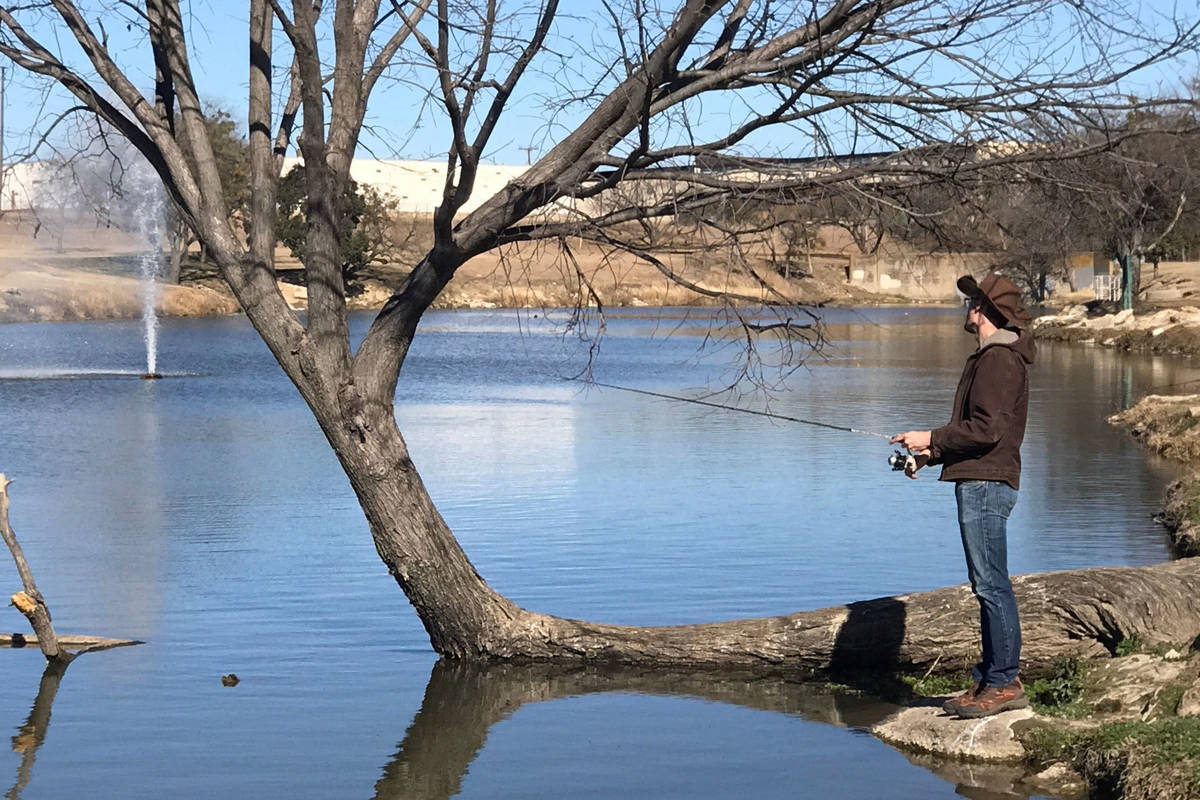 The COVID-19 pandemic led many to take up traditional outdoor sports like fishing and boating for the first time and encouraged lapsed anglers like Dallin Nielsen to pick it up again. (Doug Nielsen)

As 2020 finally draws to a close, I think most people will agree that it has been a year we would rather forget. It certainly has been a time filled with uncertainty. Nevertheless, amid the pandemic and the struggles that have come with it are high points worth recognizing and even remembering.

One of those is the return of America to its outdoor roots. As spring temperatures warmed the landscape, people who had spent weeks confined to their homes and glued to television screens or computer monitors went outside to seek solace in the natural world. They did so in unprecedented numbers, not only in Nevada but across the country.

This movement was such that parking areas near trailheads were full to overflowing as hikers, bikers and others took to the trail. Some were experienced in those pursuits, but many were first-timers or close to it. Some of those newcomers were accompanied by more experienced mentors and others were learning the ropes on their own.

A similar surge was seen in the number of people participating in fishing and boating. Some could be defined as avid participants; some had never fished or boated before and others had left those activities for a time only to return to something they knew, something with which they were comfortable.

According to the Recreational Boating and Foundation, estimates put the number of people who either took up boating and/or fishing for the first time or came back to the sports after having lapsed at about 17 million during 2020 alone.

Among those lapsed anglers who came back to the sport in 2020 was my oldest son Dallin who set aside his fishing rod years ago in favor of the trumpet and marching band. As the stresses of the pandemic wore on, however, Dallin asked for help getting back into the fishing sports. Recently, we shared an adventure near his home in Texas so he could try out the new spinning rod he received for Christmas.

Will Dallin and the other returning or new anglers stay in the sport as COVID-19 vaccines are administered and society eventually returns to a sense of normalcy? I do hope so, but even in Dallin’s case that remains to be seen. My guess is that many will hang around and share their newly found or rekindled passion with others.

Citing a study titled “Casting a Wide Net: Identifying New Anglers and Boaters and Determining Tactics for Retention,” the RBFF believes that “90% of new anglers and 94% of new boaters wish to continue these activities in the future.”

According to the study, new and reactivated anglers and boaters like the sports because they allow them to spend quality time with kids and loved ones; enjoy the peace, relaxation and mental health benefits of the activities; and because of the built-in social distancing that comes with participation.

There is something to be said about being able to do something you enjoy while experiencing a sense of freedom that is lacking in populated areas or within the confines of a building where pandemic protocols rule the day.

Hunting is another traditional outdoor pursuit that has seen growth during the pandemic. According to an article posted on the National Rifle Association Leadership Forum, “there has been a big increase in hunting participation this year across the nation.” Here in the West, California, Arizona, and Nevada are among those states that saw an increase in hunting participation.

Ultimately, increased participation in angling, boating and hunting most benefits America’s wildlife resource. These activities provide most of the funding that pays for wildlife conservation in the United States. According to the Congressional Sportsmen Foundation, anglers contributed more than $1.6 billion in state fishing and hunting license sales, and more than $1.3 billion in fishing, boating, hunting and recreational shooting-related excise taxes in 2019 alone.

With increased participation, those numbers will be higher for 2020, which means that thanks to COVID-19, 2021 should be a good year for America’s wildlife conservation efforts.

One of the important things that brings new participants and reactivates lapsed participants to traditional outdoor activities is a simple invitation from a friend or family member. You do not have to turn them into experts. Generally, all it takes is a little taste and they will be back.