In most cases, one has to possess a grade-point average of 3.9 or above to even be considered for admittance into Cornell University.

But if one is dexterous at stopping a vulcanized rubber disk from entering a cage that is 72 inches wide by 48 inches tall, Darren Eliot says they’ll let you in with a goals-against average of 3.53.

The Golden Knights broadcaster and former Los Angeles Kings goalie wasn’t aware of the value of an American education at a prestigious Ivy League school when he was playing junior hockey in Canada. All he knew is that Ken Dryden had minded the net at Cornell. And that if he did the same, it would get him out of a year of high school in Toronto.

And, perhaps more importantly, it would get him out of Mike Keenan’s crosshairs.

Keenan was coach of the Oshawa Legionaires, the Metro Junior B team for which Eliot tended goal as a naive teenager in 1978. Keenan’s nickname was Iron Mike. He was tough on his players — especially the ones who tended goal.

During the 1987 playoffs, when he was coaching the NHL’s Philadelphia Flyers, Keenan pulled goalies Ron Hextall and Chico Resch five times in one game. There’s an infamous story told by Brett Hull that when Dale Hawerchuk (a teammate of Eliot’s in Oshawa) wanted his dying grandmother to see him play one last time for the St. Louis Blues in a game at Buffalo, Keenan benched him.

“I had done well enough on my SATs … to get into American colleges,” Eliot, 58, said of visiting the Cornell campus in frosty Ithaca, N.Y. “Lynah Rink was beautiful, and back then it held 3,500 (spectators) — we played in front of family and friends (at Oshawa). It was completely eye-opening.”

Eliot, who will serve as analyst for Cornell’s games in the Fortress Invitational at T-Mobile Arena (Mike Schafer, coach of the second-ranked Big Red, was a freshman defenseman at Cornell when Eliot was a senior goalie), said if he signed to play in the Ivy League, it would allow him to skip grade 13 — the college preparatory year for secondary students in Canada.

“Sign me up,” he said to the guys with the patches on the elbows of their tweed jackets in the admissions building.

Then classes at Cornell began.

He said that was eye-opening, too.

"When we were in college, Pac Man was the big game. Most guys would be in the bars drinking & talking to girls. You'd see [Brian Hayward & Darren Eliot] playing Pac Man. Five-thousand quarters later, they'd be gloating over who got the highest score."-Cornell teammate John Olds

Darren Eliot played five seasons as an NHL goalie, including three with the Kings.

Before they traded for Gretzky.

“He scored only one goal against me,” Eliot said in mock pride of his 0-6-3 record against Edmonton Oilers, The Great One’s former team. “But I think Jari Kurri (Gretzky’s linemate) scored 20.”

Despite dividing time with Brian Hayward, who would spend 11 seasons as an NHL goalie, Eliot went 36-28-3 for the Big Red, was a two-time all-Ivy selection and All-America as a senior. He was inducted into the Cornell Hall of Fame in 1996.

Ken Dryden’s record at Cornell was 76-4-1. The erudite Dryden went on to become a politician, lawyer, businessman and author of some renown, and was inducted into the Hockey Hall of Fame after leading the Montreal Canadiens to six Stanley Cup titles.

Eliot graduated from Cornell in 1983 with a degree in agricultural economics. He received his sheepskin in four years despite playing a lot of Pac-Man with Brian Hayward.

Let Grant Fuhr put that between his pipes and smoke it.

One of the highlights of Eliot’s career was meeting Dryden in the Zagreb airport during the 1984 Olympics in Sarajevo, Yugoslavia. Eliot was playing for Team Canada. Dryden, who served as analyst to Al Michaels in the “Miracle on Ice” game, was reprising that role.

They reminisced about minding the net at Cornell, when students would line up outside Lynah Rink in the dead of winter for tickets for the Harvard game and the pep band would strike up the fight song and “Far Above Cayuga’s Waters,” transforming the stately hockey home of the Big Red into a cauldron of noise that almost made old Chicago Stadium sound serene.

“We all do our best when we are doing something that seems to matter, and matter to the people around us,” Dryden said. “Hockey at Cornell mattered.”

Darren Eliot agreed wholeheartedly, and said that was something they didn’t teach in 13th grade. 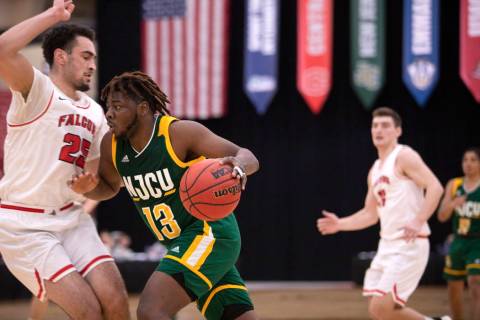