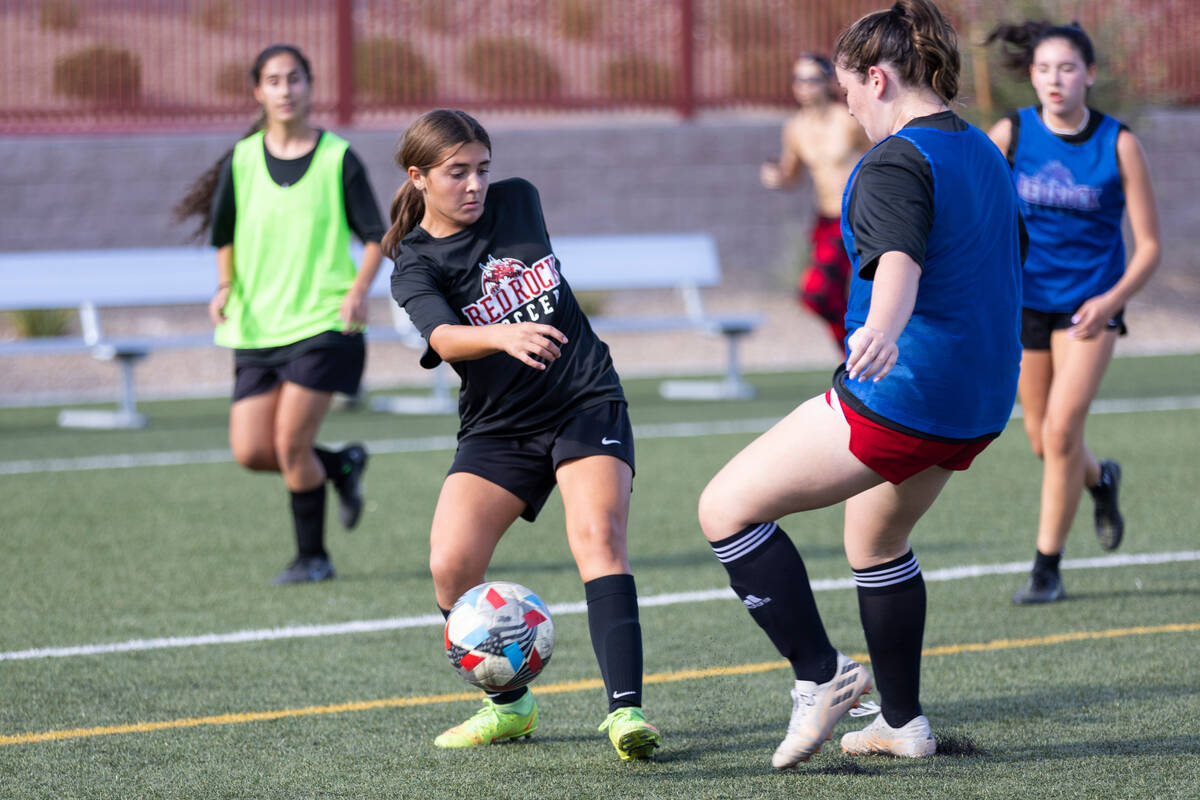 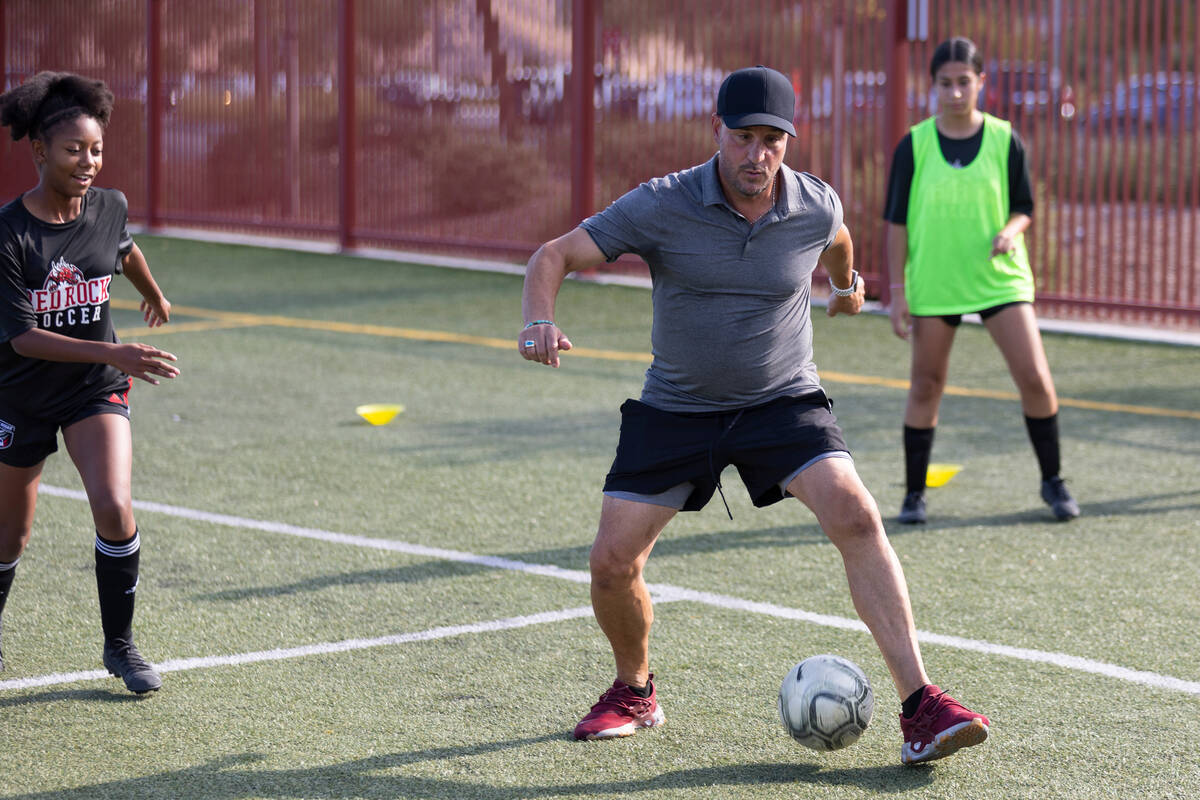 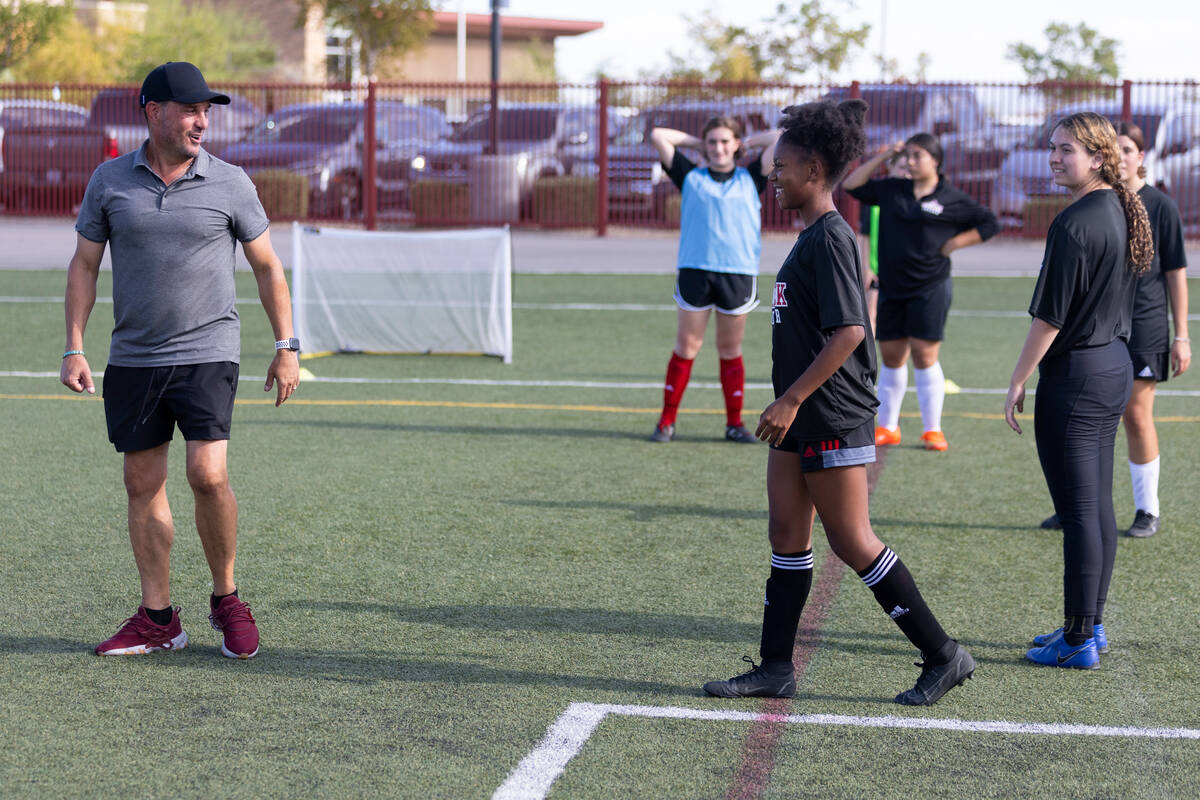 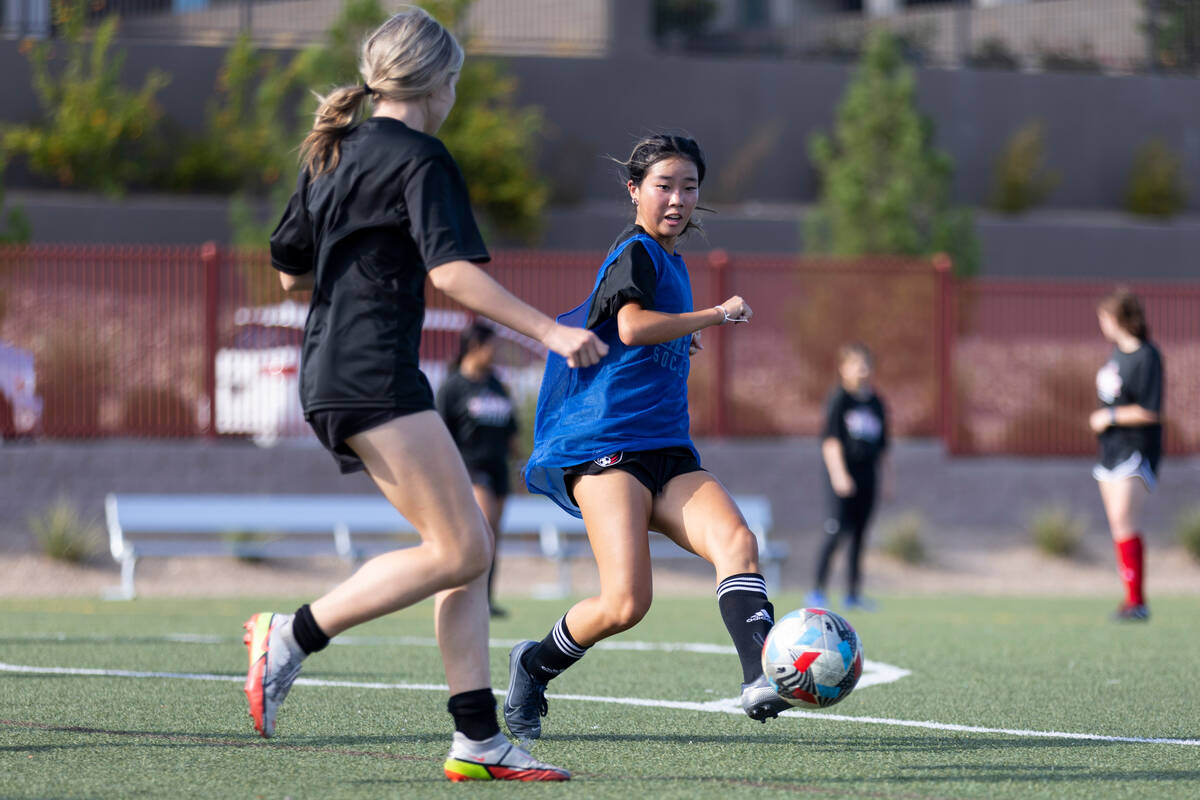 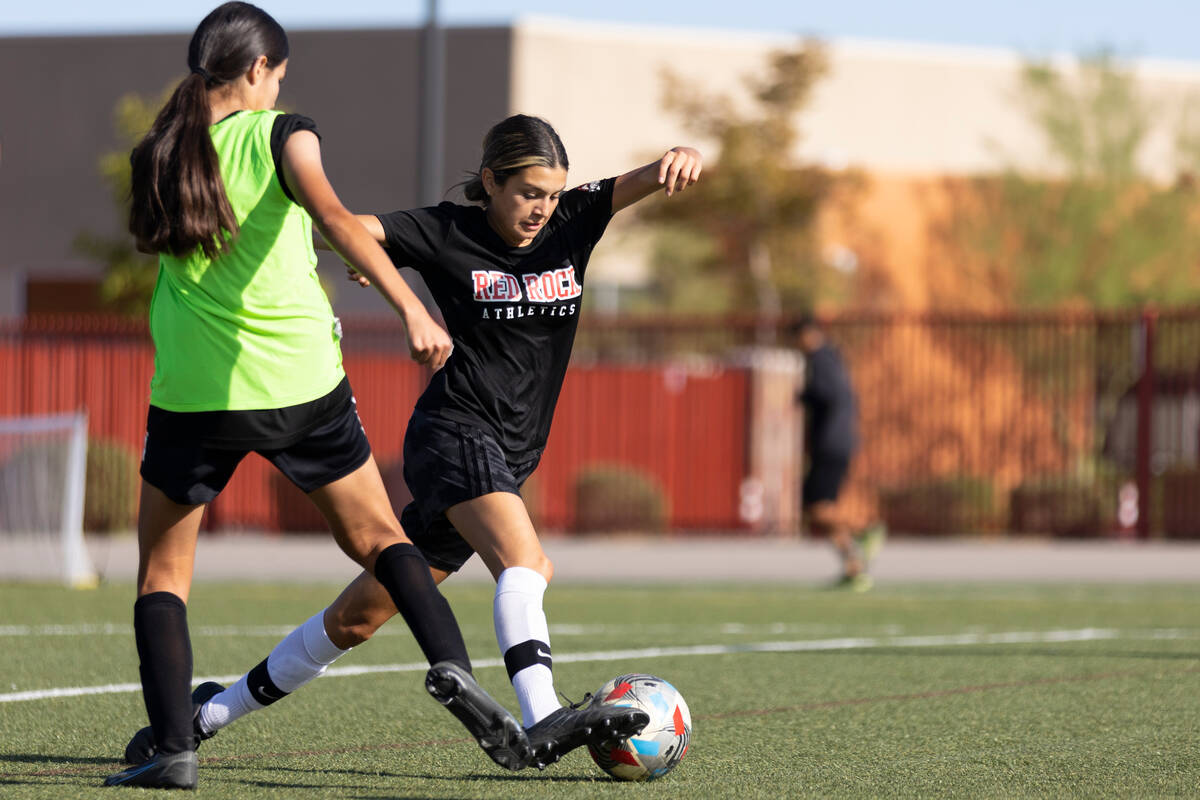 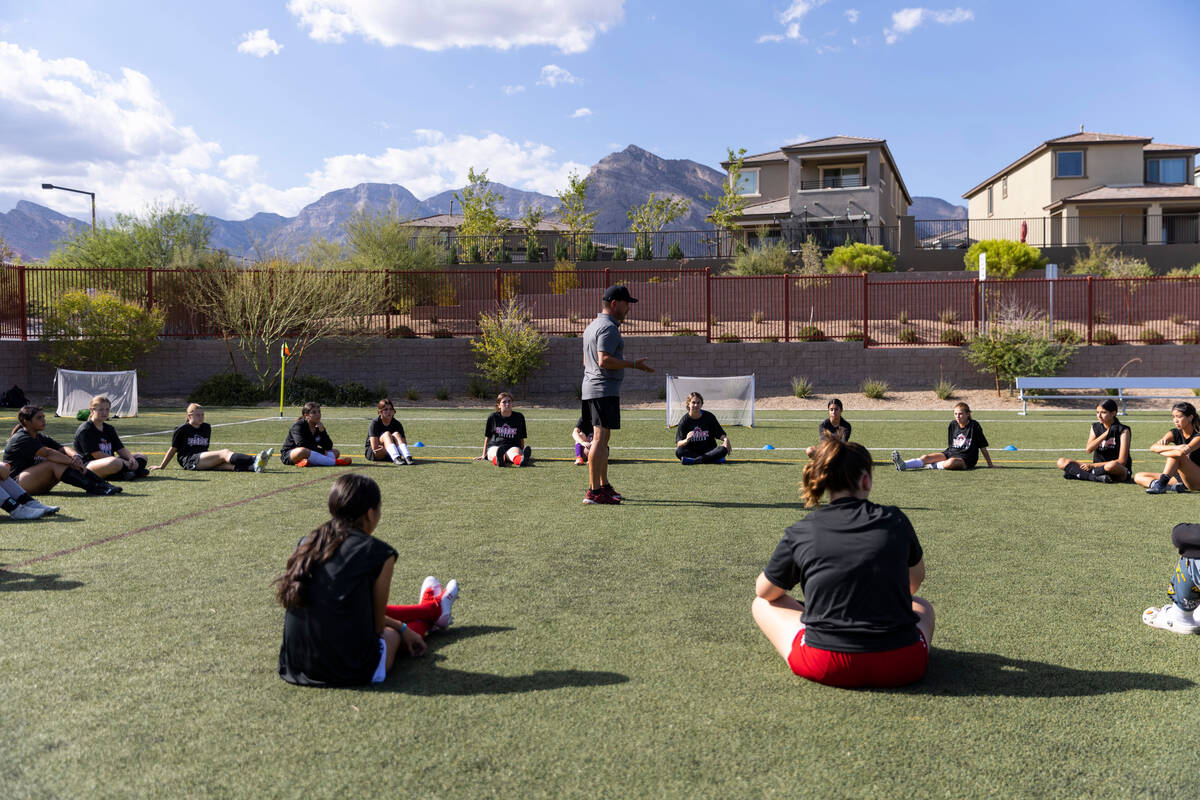 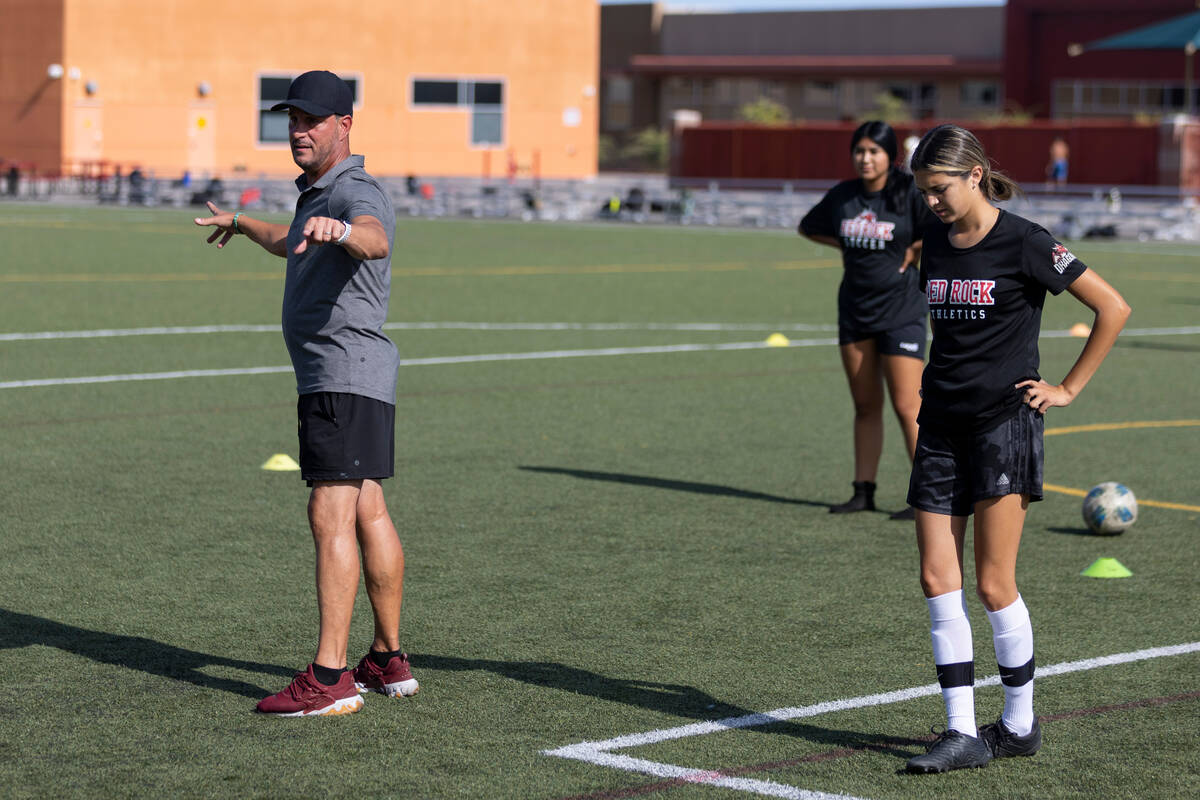 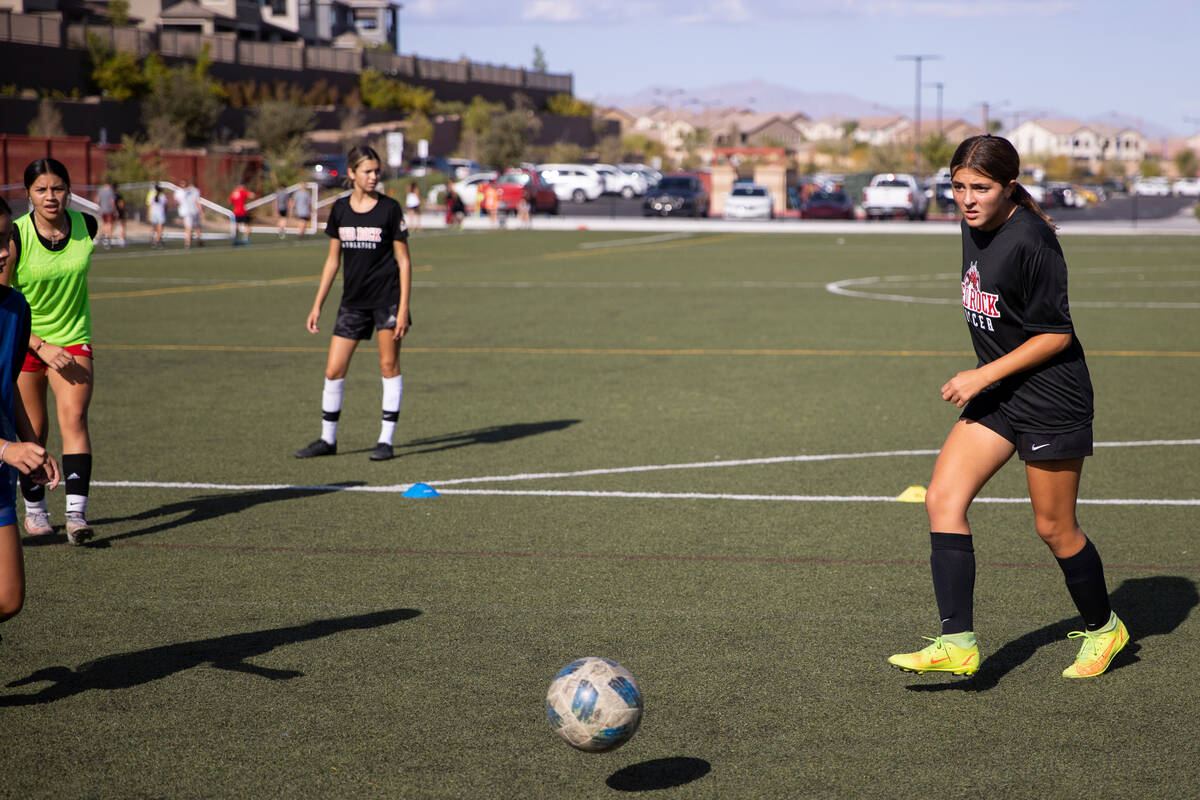 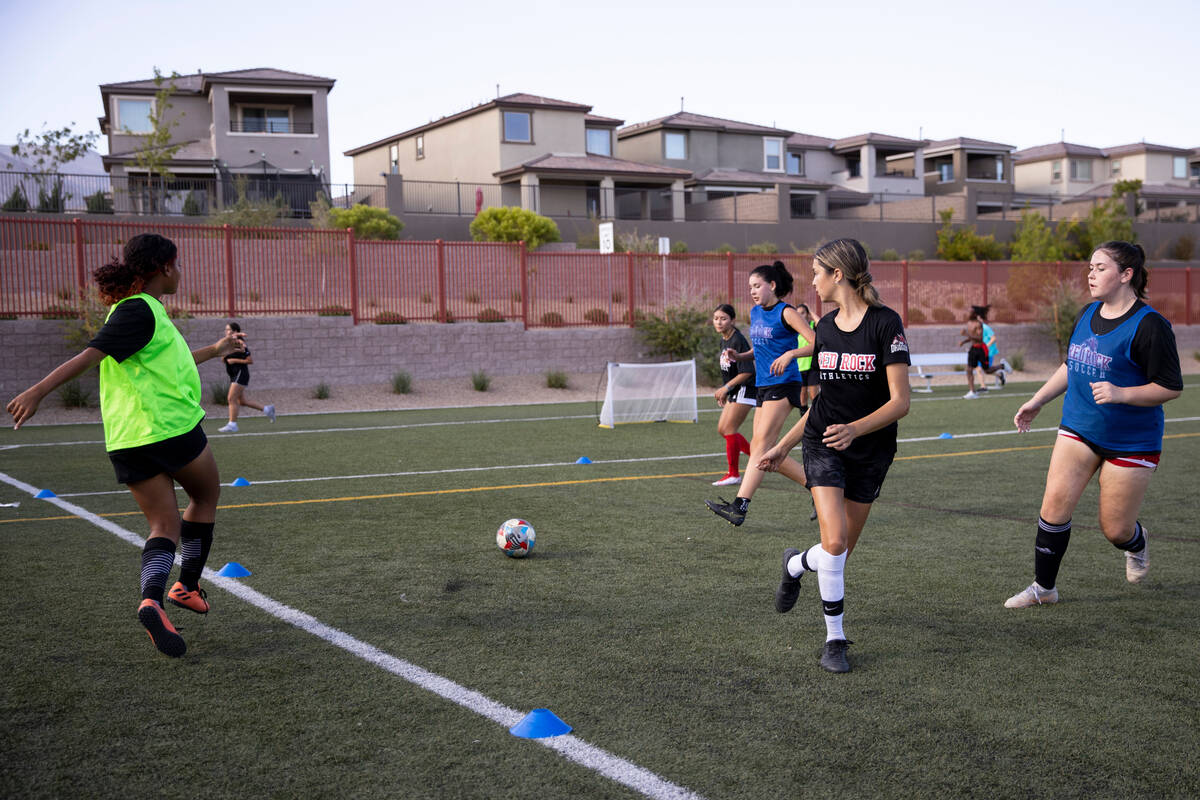 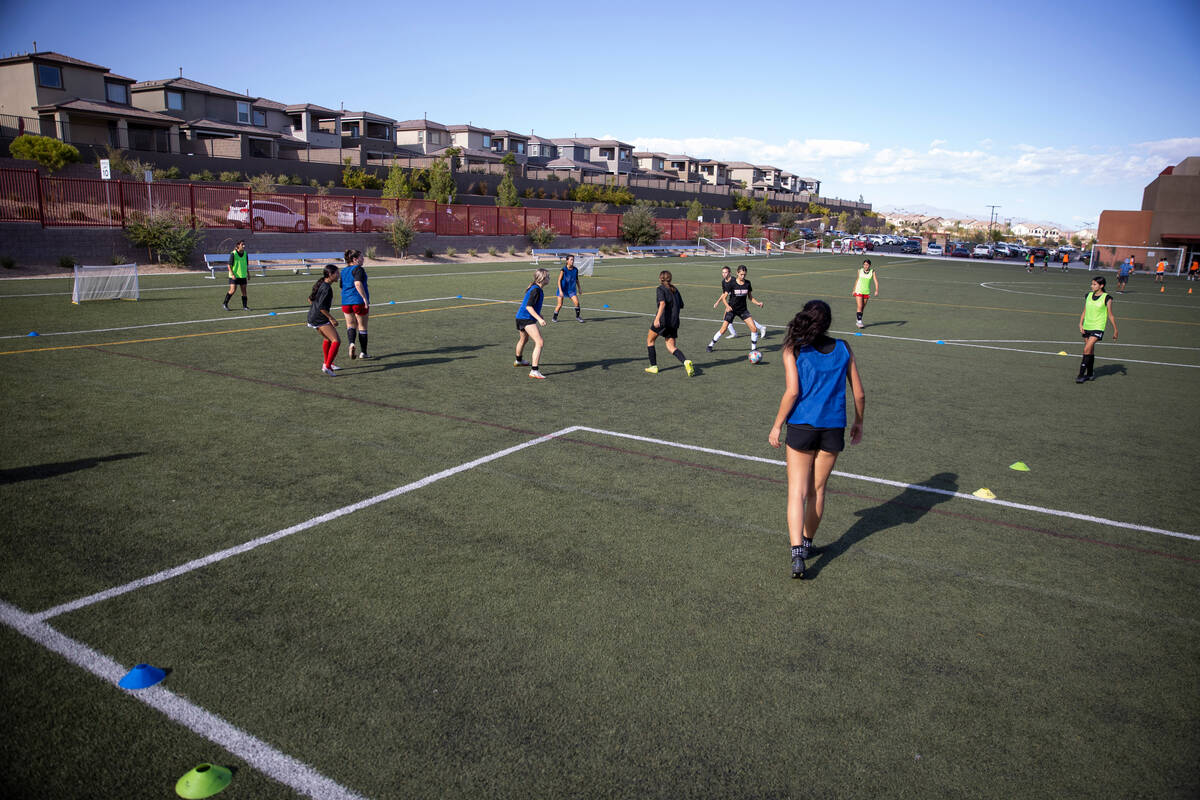 At the distant west end of the Las Vegas Valley, not far from from where West Charleston transitions from a noisy boulevard into a tranquil road, you’ll find Doral Academy at Red Rock. It is where 991 high school students study dance, music, theater and the visual arts (along with traditional core subjects) and 16 practice with the girls soccer team after school.

The girls soccer team has existed only since 2016. It has yet to lose this season.

At 8-0, the Dragons are tied with state champion Cimarron-Memorial atop the 4A Southern League heading into a Thursday match at the well-maintained soccer pitch that serves as focal point for an athletic program that does not play football.

Given that athletics are not mentioned on the school’s website, undefeated Doral Academy is one of the surprise stories of the first month of the local high school sports year.

That was news to first-year coach Kurt Divich. The nonfiction author and 50-year-old soccer enthusiast with a bum left knee (four recent surgeries) lives a corner kick away from Doral but wasn’t aware the school played sports until his friend — and Doral’s director of soccer — Joel Luff offered him the job.

“There’s a lottery to get into school. I have a freshman who said ‘Coach, I need you to stay after (practice) and teach me how to kick a ball’ — and then I have a couple of really good young kids who played at a high club level,” Divich said about the makeup of his squad and the magnitude of what it has accomplished.

“But by and large they’re not club kids. These kids are 8-0 because they want to work hard.”

Three are ninth-graders who are precocious on the field and off. Stingy goalkeeper Kenadie Mashore, aggressive center back Gianna Davis and leading scorer Sienna Turco (13 goals) have meshed with co-captains Peyton Gomez and Mia Cordova and last year’s other holdovers to form a tight-knit unit that both plays and gets along well.

“I thought it was going to be very awkward coming in as a freshman but (the upperclassmen) have been so welcoming,” said Mashore, who also plays for Heat FC, a renowned Las Vegas girls club side, and has yielded only two goals in Doral’s eight wins.

School still comes first at Doral Academy, which explains why a few Dragons were tardy for practice Tuesday. They included Turco, who dissects defenses in the manner a biology student dissects frogs — an appropriate analogy, given that retaking a biology exam is what made her late.

“All A’s except for biology. That’s where I had the B,” she said with a (sort of) confident smile about trying to improve her grade by taking a more challenging test.

As is implied at schools with haughty-sounding designations or those named for the ordained, it’s not all about scoring goals, making saves and marking opponents on the soccer pitch at Doral Academy. Nor, sometimes, is it even about acing an exam that makes one late to practice.

There also are adversities to overcome that require empathy and compassion rather than a deft touch in midfield or with the forceps in biology lab.

Last week, Gomez, one of Doral Academy’s seniors, lost her grandfather. The week before, Divich’s brother-in-law Joey Williams, who was more like a bosom buddy to the coach, died following cancer treatment complications.

When the seniors found out, they met their coach at his car after practice and presented him with a black cap with a white embroidered J on the side.

Divich was wearing the cap at practice Tuesday.

“Those are the things that will make this a special year even if we never win another game,” he said. “I’m coaching 16 angels.”