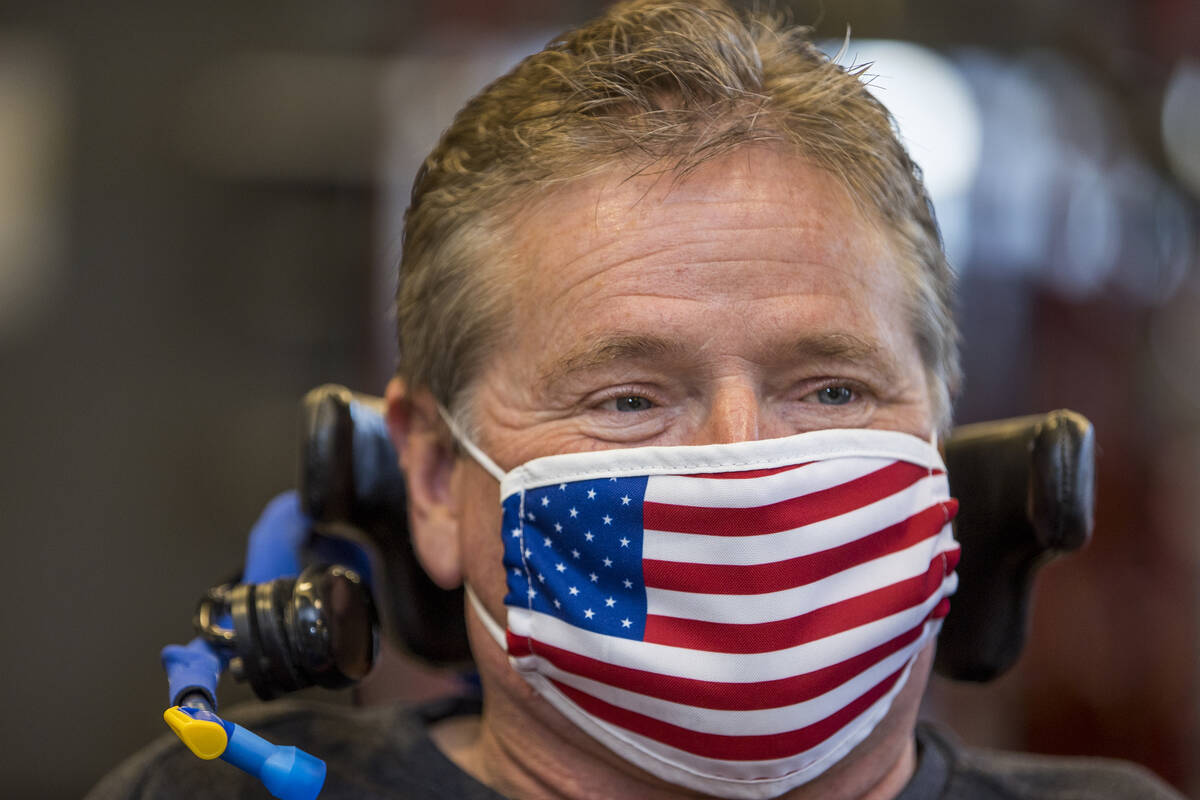 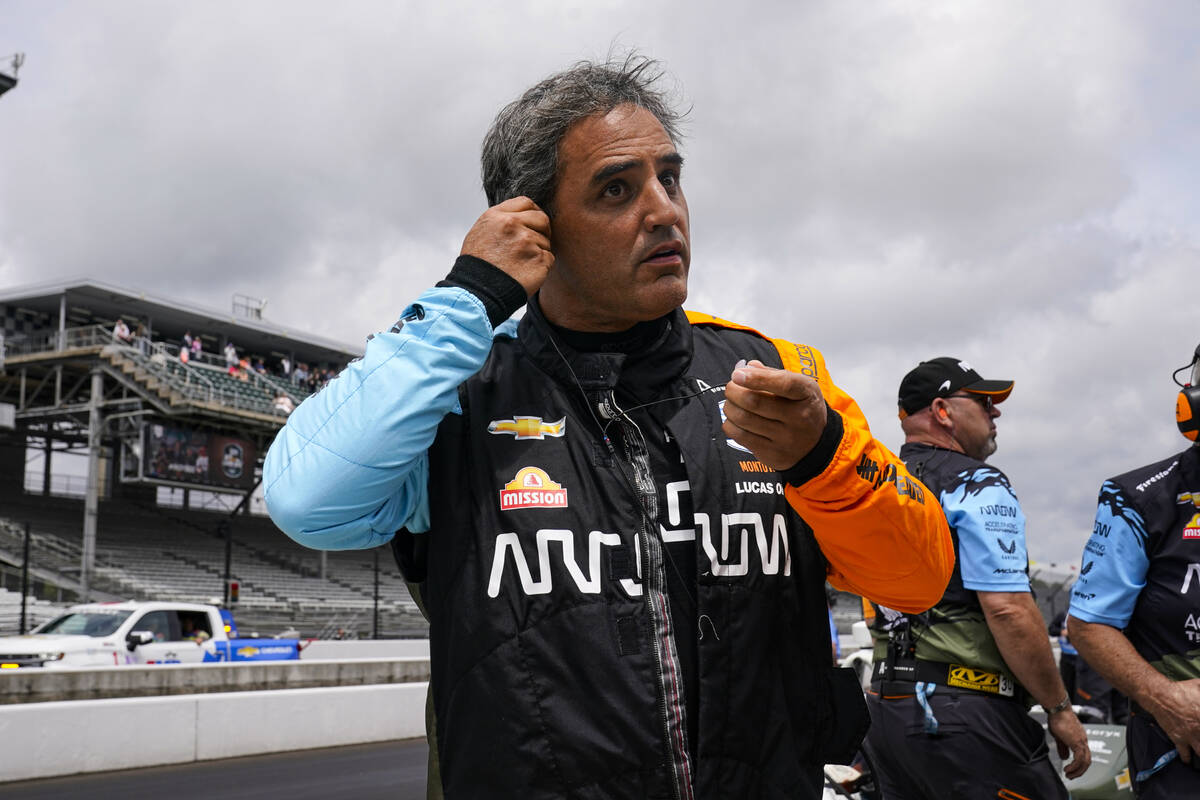 Juan Pablo Montoya, of Colombia, prepares to drive before the final practice for the Indianapolis 500 auto race at Indianapolis Motor Speedway in Indianapolis, Friday, May 27, 2022. (AP Photo/Michael Conroy) 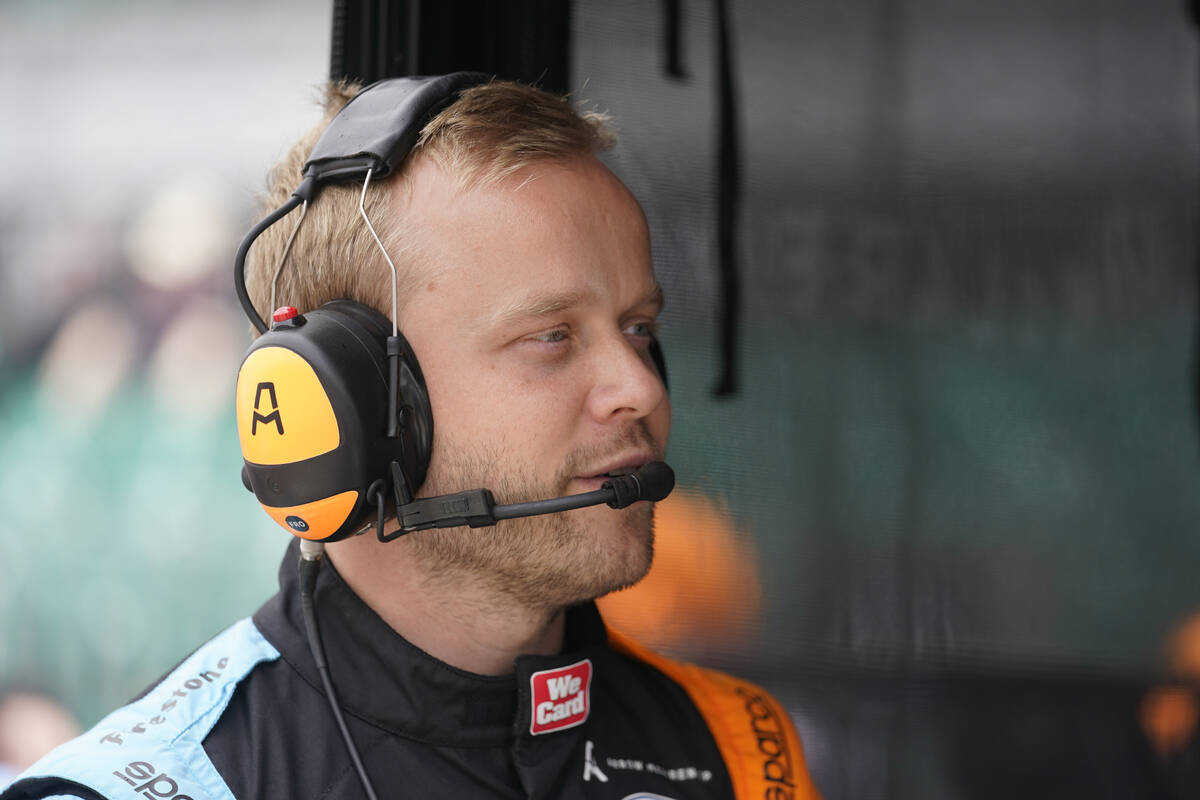 Felix Rosenqvist, of Sweden, talks with his crew before the final practice for the Indianapolis 500 auto race at Indianapolis Motor Speedway, Friday, May 27, 2022, in Indianapolis. (AP Photo/Darron Cummings) 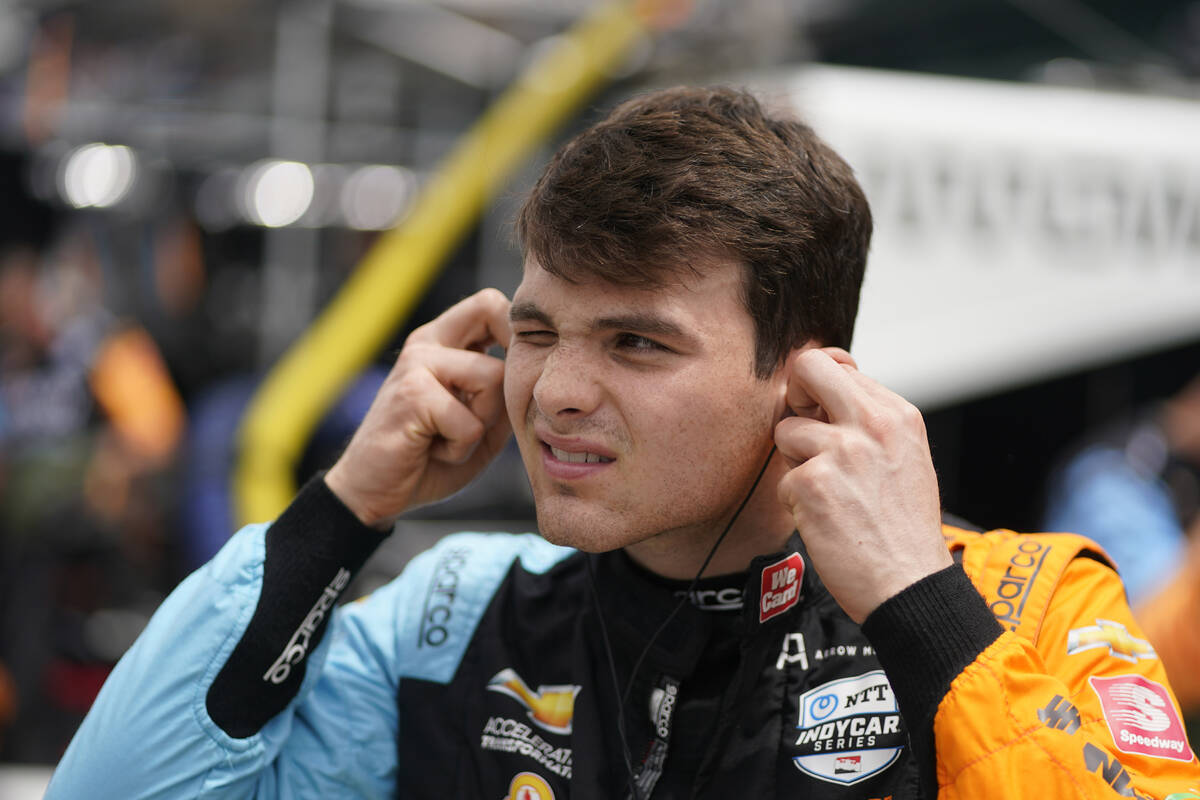 Pato O'Ward, of Mexico, prepares to drive during the final practice for the Indianapolis 500 auto race at Indianapolis Motor Speedway, Friday, May 27, 2022, in Indianapolis. (AP Photo/Darron Cummings)

Because wheels are always turning at the Indianapolis 500, there’s a new Caesars Sportsbook Lounge that recently opened in the Pagoda Plaza just a short turn off the wrench from Gasoline Alley.

That made Henderson’s Sam Schmidt feel “Back Home Again in Indiana” in a way that not even Jim Nabors’ baritone singing voice could.

Nothing against gleaming candlelight still burning bright through the sycamores. But if you want to get really misty-eyed at the old Brickyard, try plunking down a C-note on a long shot starting from the 10th row and watch him cross the finish line first.

The Indianapolis 500 gets the green flag for the 106th time Sunday. It will be the 24th time Schmidt has seen it wave — the first three as a driver, the past 21 as a car owner after a brutal crash rendered him a quadriplegic.

In 2016, his driver James Hinchcliffe started from pole position in the fastest car for the ballyhooed 100th running of the race. But the fastest car doesn’t always win at Indianapolis Motor Speedway.

That year, the old speed plant on 16th Street and Georgetown Road in the slipstream of the Indiana capital smiled on a rookie from Lake Tahoe. Alexander Rossi coasted across the finish line on fumes and had to be towed to victory lane.

Schmidt — he’s the S in the Arrow McLaren SP racing team — is back with three cars in Sunday’s race.

Pato O’Ward, a young hotshot from Mexico, will roll off the grid seventh. Felix Rosenqvist, the 2019 IndyCar Rookie of the Year from Sweden, begins alongside in eighth. Juan Pablo Montoya, a two-time Indy winner, will start from the distant 10th row in 30th position but won in 2015 from 15th.

Don’t sleep on Montoya at 100-1 odds, Schmidt says of the crafty veteran.

“I’m happy to say that even aside from 2016 and Hinchcliffe, I think this is our best chance to win it,” the 57-year-old car owner said via cellphone before the cars hit the track for a final dress rehearsal Friday.

Schmidt said the 23-year-old O’Ward is the most impressive natural talent he has seen in 25 years at Indy — the racing announcers call him the “The Ninja” — and could have won last year when he finished fourth.

“Chevy was down on horsepower, but he drove up the gearboxes of the two Hondas (four-time 500 winner Helio Castroneves and 2021 series champion Alex Palou) that finished 1-2,” Schmidt said of the mad last-lap dash for the win. “(But) when he pulled out, he couldn’t pass them.”

This year, Schmidt said Chevy has closed the gap on Honda, which claimed five starting spots among the first nine to Chevy’s four. “I think if Pato’s in the same situation this year (at the finish), he wins the race.”

This is exactly the scenario Schmidt envisioned last year when he sold controlling interest in the team he founded to McLaren Racing of England, whose 183 victories in the globe-trotting Formula One series are second to Ferrari.

“First and foremost, we’ve got to pay the bills,” Schmidt said of the merger that left him and Canadian partner Ric Peterson with a 25 percent stake in the team. “But secondly, the technology that’s driving the sport, we couldn’t do that without (McLaren).

“If the deal wasn’t right, I wouldn’t have done it. But the combination of the commercial side with the financial and technical side, their talents and expertise over there, it was a no-brainer.”

So there he sits, some 1,835 miles from his home at Lake Las Vegas and another 500 away from realizing a dream he has had before, albeit with a focus never so finely tuned.

“It’s the last thing,” Schmidt said of having put most of his racing goals in the rear-view mirror. “I’m under contract with these guys for another eight years. But I think if I won an Indy 500, I might not be able to last.”

This was the 24th time we had chatted during race week. I could never recall him being more excited — and confident — about being “Back Home Again in Indiana.”

It seems the gleaming candlelight still burns bright through the sycamores for Sam Schmidt, who said he might even check out that sportsbook in the infield before the green flag falls.