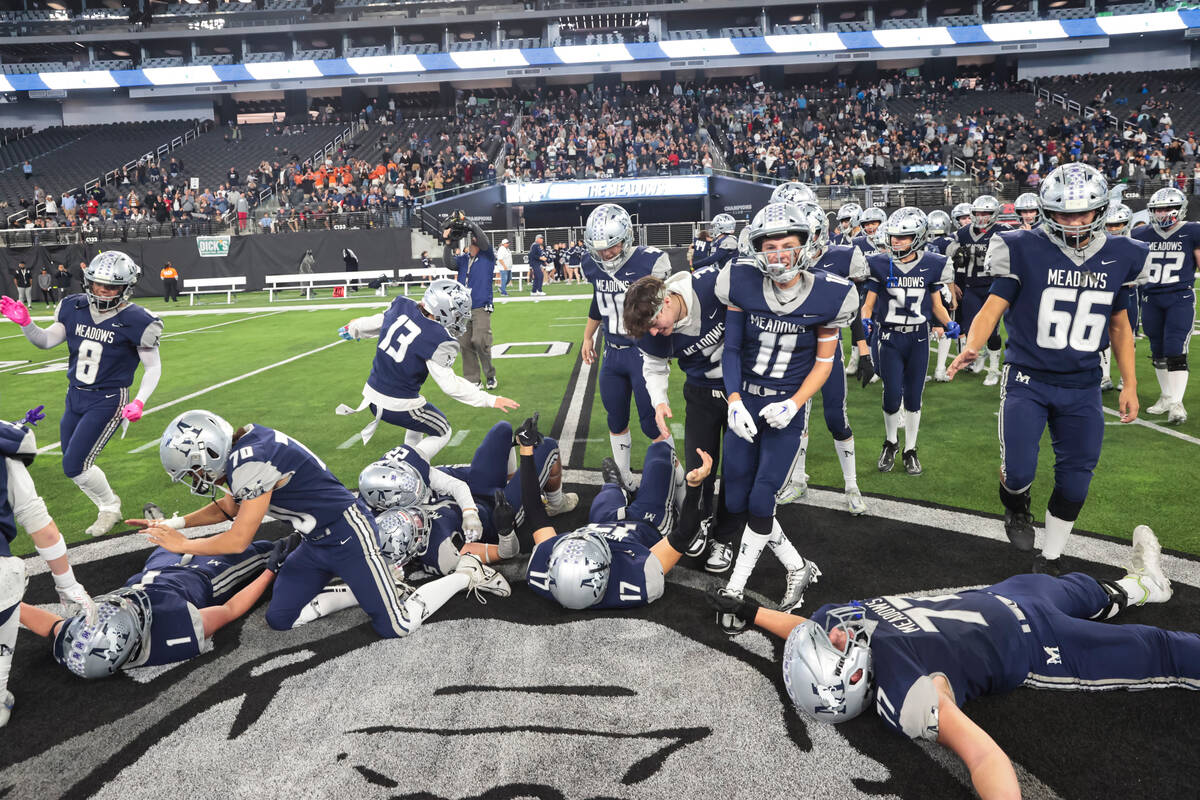 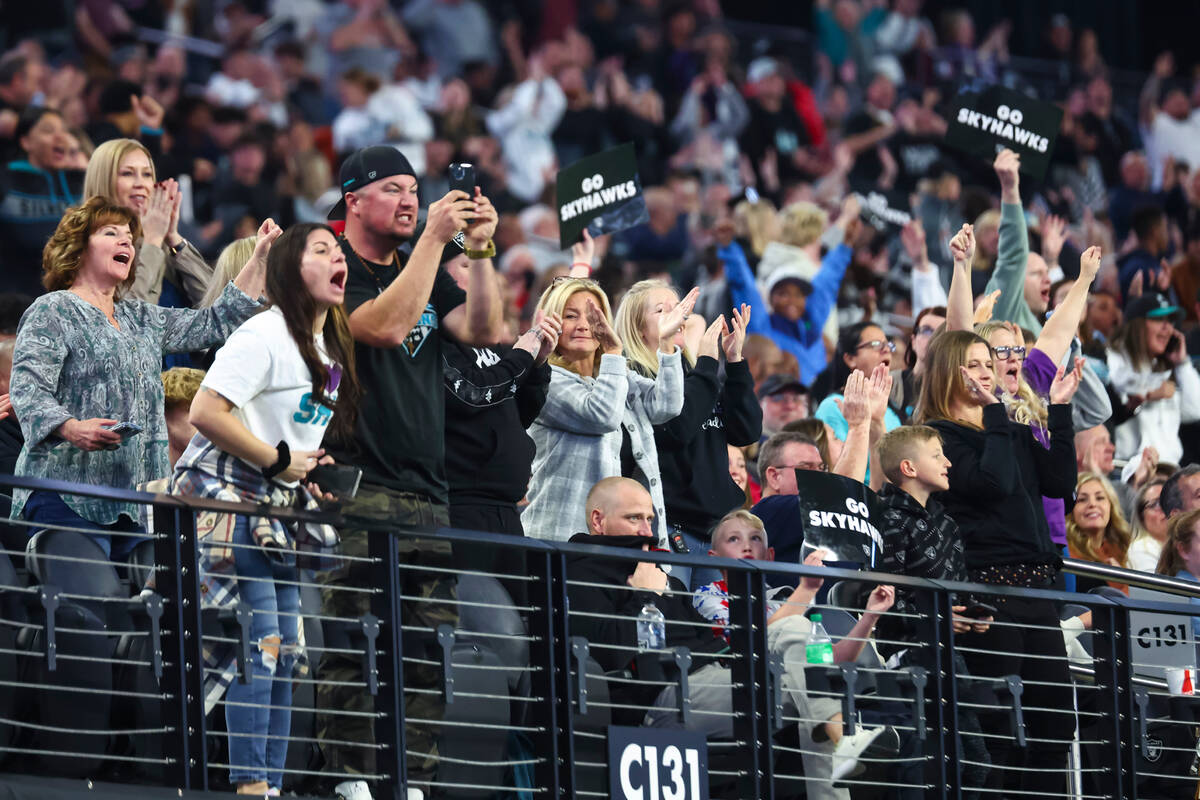 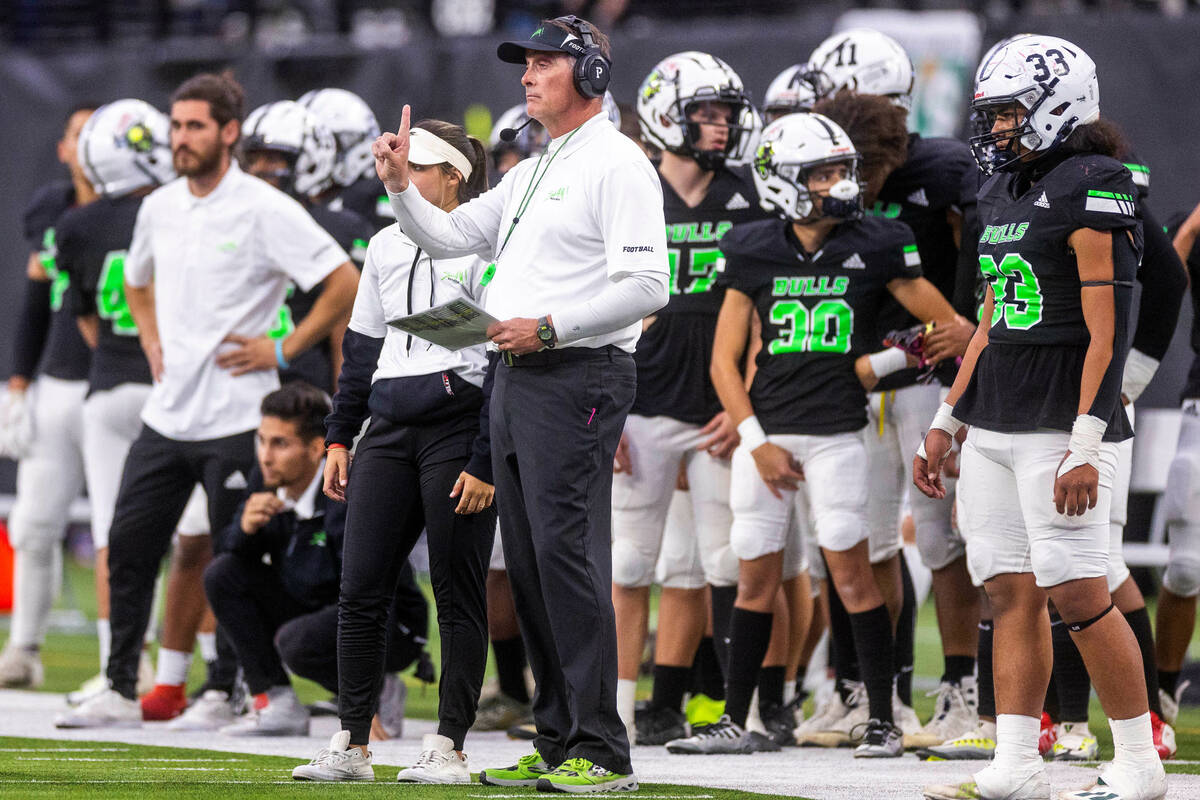 SLAM Academy Head Coach Mike Cofer signals his players versus Truckee during the second half of their 3A state championship game at Allegiant Stadium on Monday, Nov. 21, 2022, in Las Vegas. (L.E. Baskow/Las Vegas Review-Journal) @Left_Eye_Images

But knocking helmets under the translucent dome has become such a carrot for players, coaches and parents that even a Bishop Gorman team accustomed to the spotlight was disappointed by not being a part of it Monday.

“Obviously, a little upset we didn’t get to play in the Raiders’ stadium like everybody else,” Gorman coach Brent Browner said about Gorman having to pack sideline parkas for Saturday’s 5A title game in Carson City, where the Gaels steamrolled Bishop Manogue 70-6 in 30-degree weather.

“The kids are a little confused why that would be the deal.”

It’s the deal because that’s how it is written in the handbook. For each two-year classification alignment cycle, the NIAA uses a rotation that assures both sides of the state of hosting a state championship event in each sport under its umbrella.

This was the North’s year to host the 5A football final. (With UNR and Fresno State having dibs on Mackay Stadium, Gorman and Manogue were relegated to the Carson High igloo.)

The current cycle began before the Raiders unexpectedly stepped up at short notice to host last year’s championship games. There was an agreement in principle for a repeat engagement but the contract wasn’t signed until last week.

“To tell the Northern champion you are going to play somewhere in Las Vegas when we weren’t locked in here, we couldn’t do it,” NIAA executive director Donnie Nelson said about whether moving the 5A game to Allegiant was discussed.

Such a decision would have forced Manogue to raise travel funds for which it hadn’t planned. The hope at NIAA headquarters is that obtaining a multiyear commitment from the Raiders will give championship day room to grow and the teams time to plan.

“Then when we go through the realignment process and the tournament format process we can tell everybody in advance we’re not doing a north-south rotation — that we are in Allegiant Stadium for the next however many years, so everybody plan on that right now,” Nelson said.

The goal is for all five championship games to be played at Allegiant, which almost certainly would increase attendance.

Last year’s quadruple-header that included Gorman and fierce 3A rivals Moapa Valley and Virgin Valley exceeded expectations, with ticket sales topping 15,000. But without Gorman or a backyard brawl on the undercard, Monday’s head count slipped to 6,895.

“I don’t want to say last year was an aberration, but it was incredibly successful,” Nelson said after profusely thanking the Raiders for their generosity and commitment to Nevada high school football. “Is that the way it’s always going to be? I don’t know, but I think we can get there.”

He said if it means playing five games in one day and shortening the time between them to make it more cost effective — a source said the Raiders again spent hundreds of thousands to provide the high school players with the thrill of a lifetime — then so be it.

“I was a little nervous today because our kids were so awestruck being from little-town Truckee,” Wolverines coach Josh Ivens said after the only Northern participant on championship day beat Las Vegas’ SLAM Academy for the 3A trophy. “To be in something this nice — what an experience for our kids.”

Nelson was asked if he envisioned a day when the games would be televised, Raiders past or present would be part of the presentation and fans would be called out of the stands at halftime to engage Raiders’ counterparts wearing face paint and spiked shoulder pads in punt, pass and kick competitions.

When it was proposed that Carrot Top might be persuaded into presiding over the opening coin toss, Nelson laughed out loud. Upon further review, perhaps guaranteeing Bishop Gorman’s presence in the Allegiant Stadium event might be a better place to start.