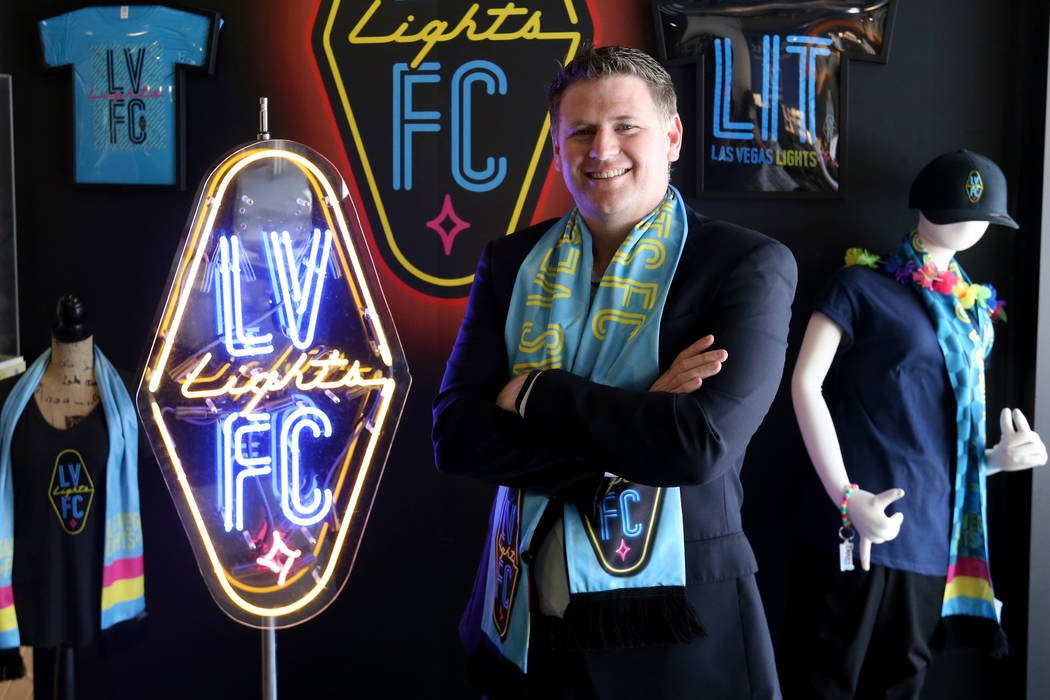 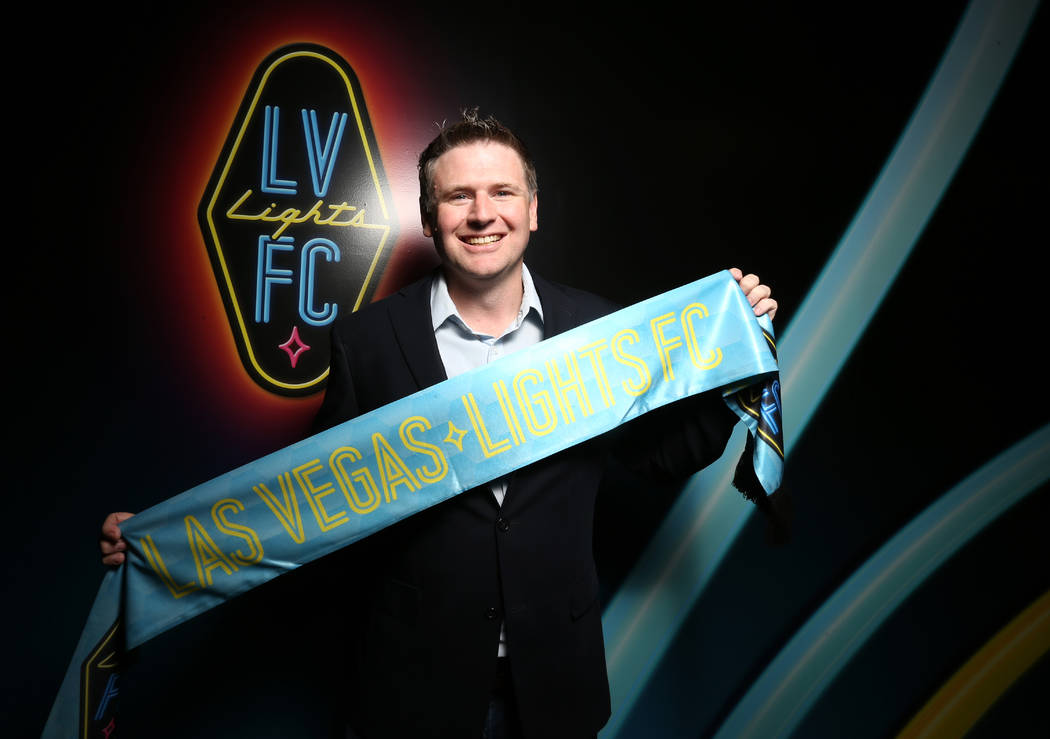 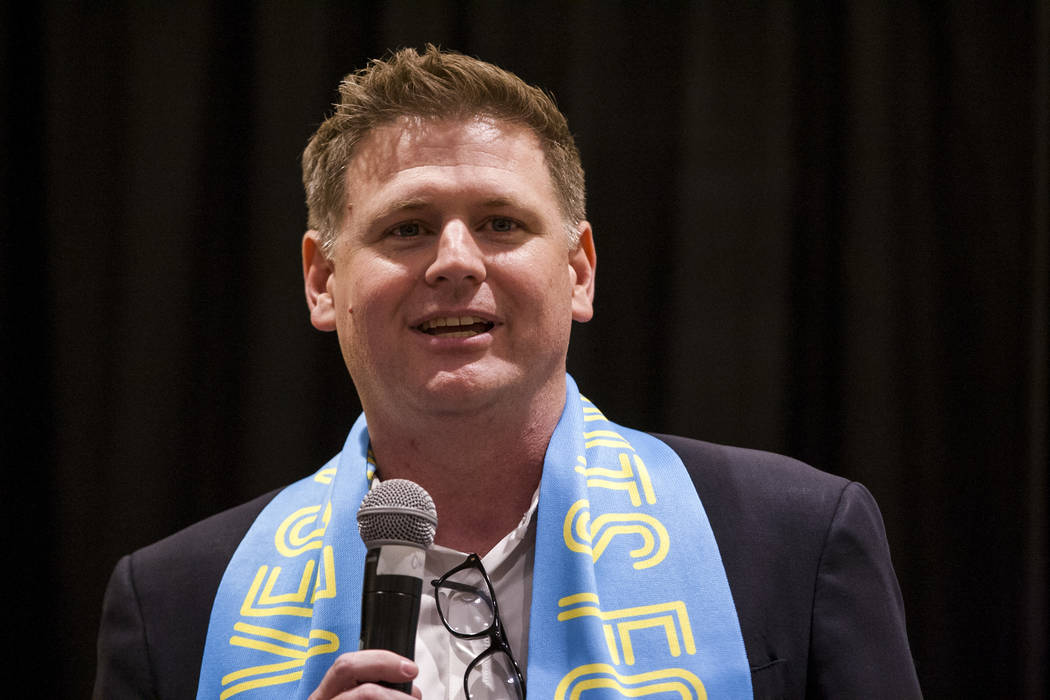 Since the last time we spoke, Brett Lashbrook has moved into the office vacated by Aviators president Don Logan and spotted a mouse. The Lights FC owner said not feeding the feral cats may have been a mistake.

With the Cashman Field ecosystem out of whack, the minor league soccer side that calls it home is at something of a crossroad heading into the final home game of its second season. A victory Saturday over Reno 1868 would keep the Lights’ playoff hopes alive amid an uncertain future.

That two proven ownership groups are eyeing Las Vegas as a possible Major League Soccer expansion city says a lot for what Lashbrook and the Lights have created in just two seasons. While the team has not attained abundant success on the field, it has been a hit at the turnstiles.

The Lights’ average attendance of 7,561 ranks fifth among the 36 USL teams.

Before they became Aviators, relocated to a $150 million suburban ballpark with all the trimmings and broke virtually every Pacific Coast League attendance record, the Las Vegas 51s averaged only 4,746 in their final year at fading Cashman, ranking 14th among the 16 PCL clubs.

What Lashbrook and his staff have done with a small assist from an old helicopter that dropped $10,000 in cash and prizes from the sky at halftime when the Federal Aviation Administration wasn’t paying attention goes beyond carving a niche in a local landscape now dominated by major league sports and facilities.

The Lights have helped reestablish Las Vegas as a potential MLS market just five years after a proposal to build a 24,000-seat publicly financed downtown stadium was soundly rejected. This might be a bigger upset than Cameroon beating Argentina in the 1990 World Cup.

“I may have underestimated the public’s view of Cashman,” Lashbrook said Tuesday about the challenges of moving forward amid the rampant MLS speculation. “But I know two years later that everybody who has come to a game are seeing Cashman in a completely different way than they’ve seen it the past 30 years for baseball.

“The challenge is continuing the reimagining of Cashman Field. Baseball fans still go to Wrigley Field and Fenway Park. If you put on a show and you make it cost affordable and you give them entertainment, Cashman Field still works as a 10,000-seat venue where people can sing and dance and whoop and holler.”

Lashbrook said the singing and dancing and whooping and hollering is the lifeblood of minor league sports, though more wins and fewer losses probably would lead to even more boisterous behavior in the stands, and incessant tooting on vuvuzelas.

After struggling to a 8-7-19 record under colorful Mexican national Jose Luis Sanchez Sola in their inaugural season, the Lights are 11-8-13 with U.S. National Soccer Hall of Famer Eric Wynalda as coach in this one.

“Only five percent of our audience on a Saturday night will know the playoffs are on the line, will know the difference between USL and MLS, will know that Eric Wynalda is a Hall of Famer,” Lashbrook said. “And 75-percent don’t know and don’t care. They know the beer is cold, and that we’re giving away a truck at halftime.”

Provided he and Wynalda are still around next season, Lashbrook said the team will address lack of ball control in the midfield, and whatever else ails the Lights between the touchlines while continuing with wacky promotions (such as the copter cash drop) that have become the franchise’s touchstone.

In June, the city council granted Renaissance Companies Inc. six months to come up with a financing plan to bring Cashman Field and its surrounding area up to MLS specifications, a development proposal that could include hotels, apartments and restaurants. Golden Knights owner Bill Foley also is interested in bringing a MLS team to town in partnership with the NFL’s Raiders.

If the Renaissance bid gets the green light, Lashbrook would sell the Lights to an investment group led by billionaire hedge-fund manager Seth Klarman of the Boston-based Baupost Group.

If not, he will return as a USL franchise owner. And when the cats are away, the mice and the Lights will continue to play at Cashman Field, though the employees at the office have started feeding the feral cats again.