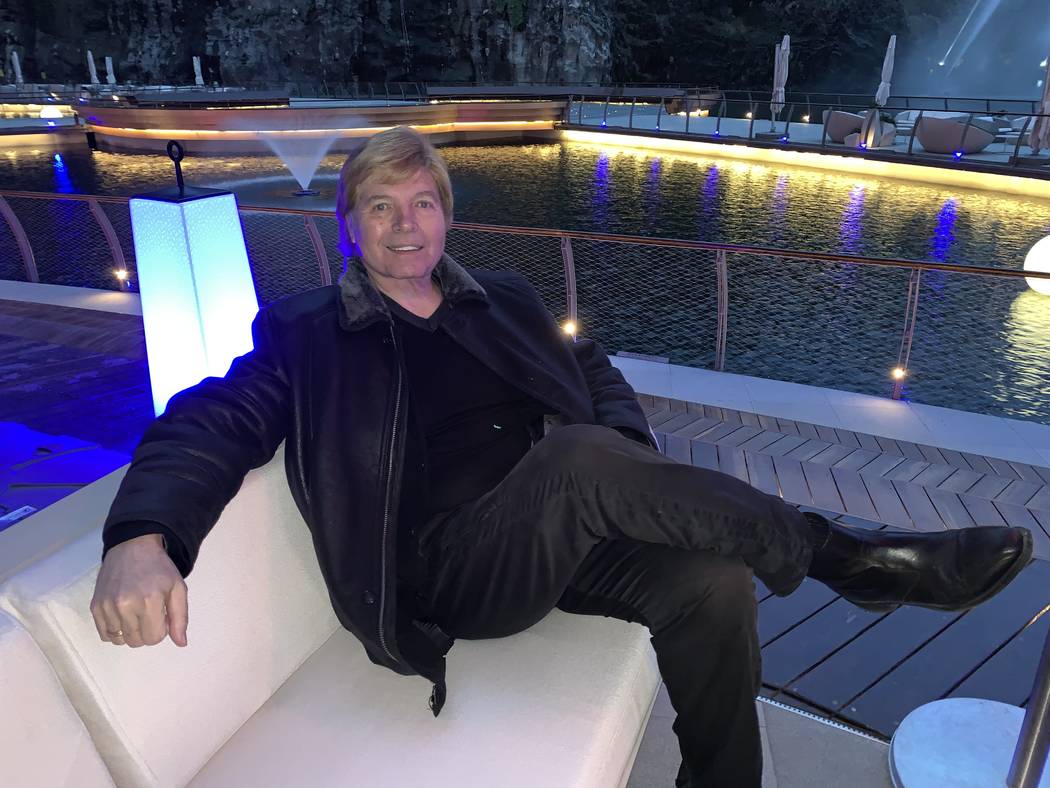 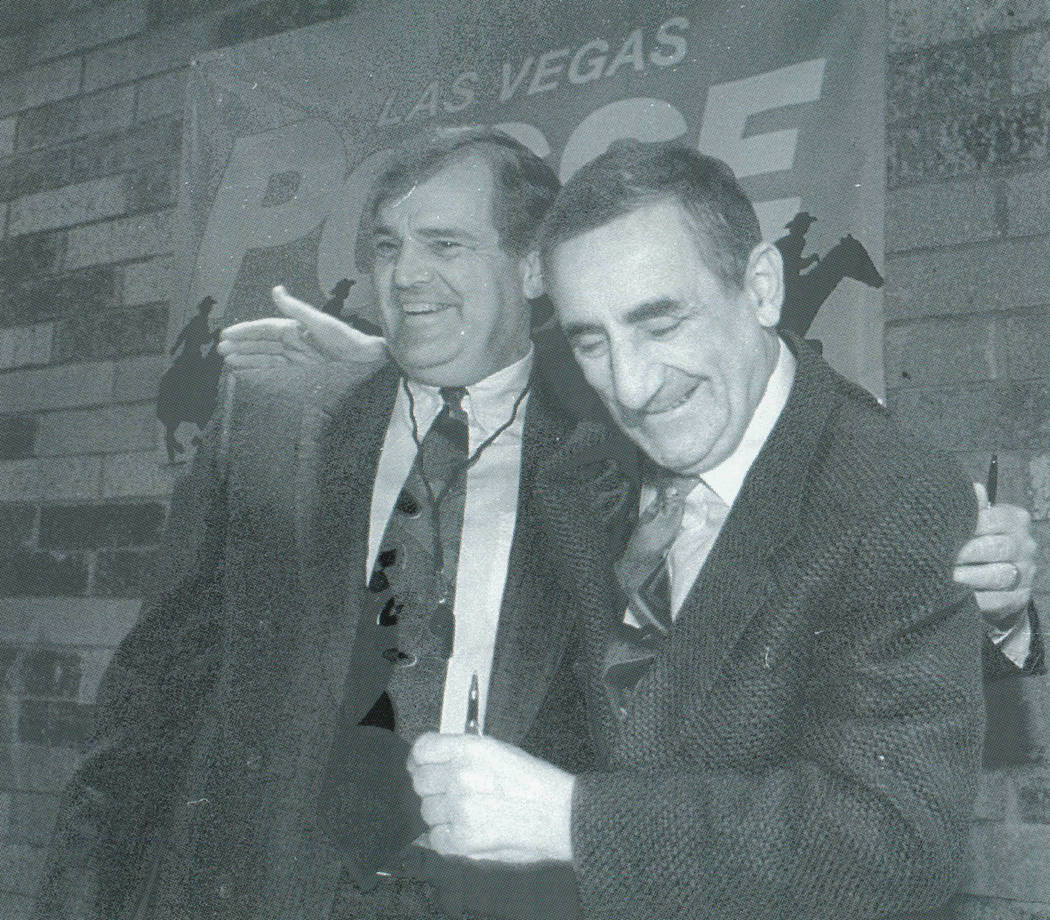 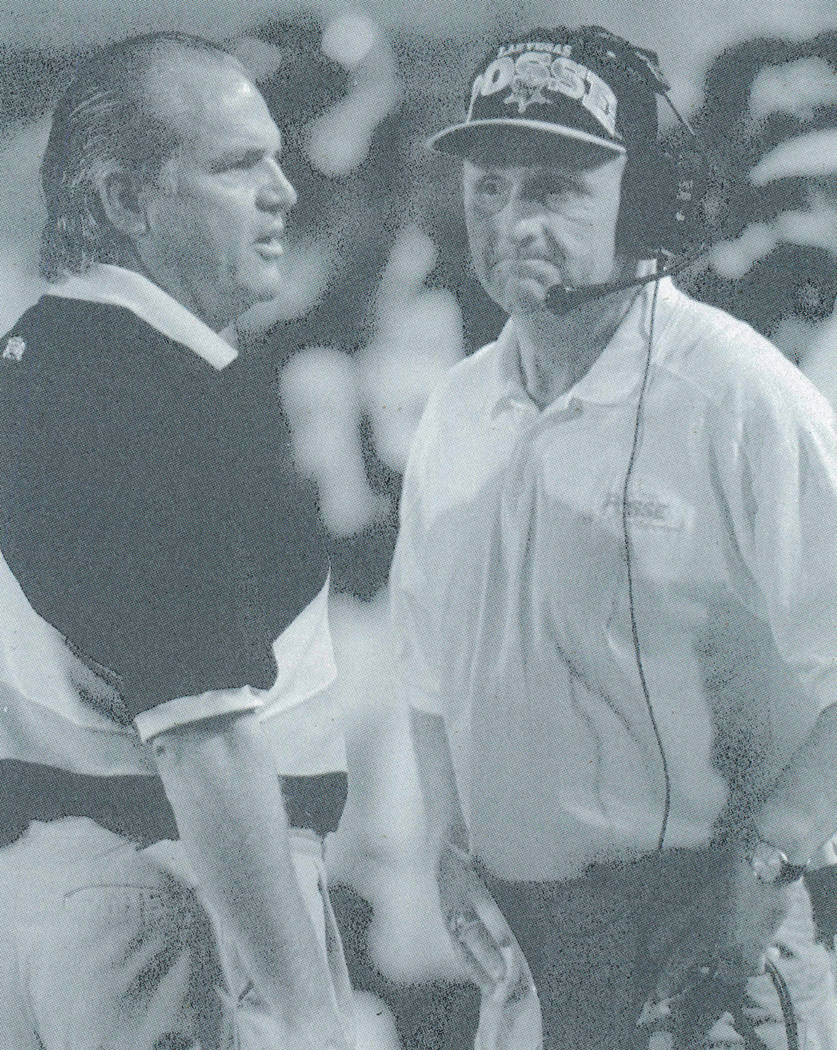 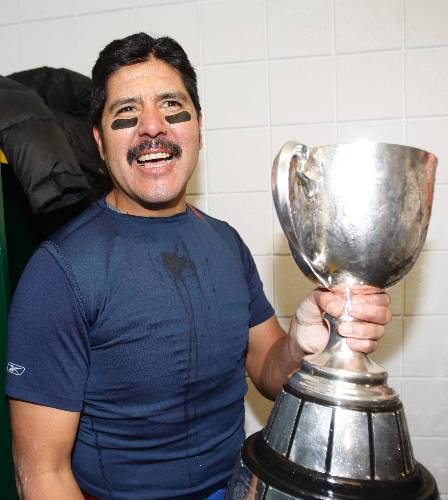 It was 1:30 a.m. Sunday in Shanghai, 10:30 Saturday morning in Las Vegas, when a mirthful voice rang loud and clear via cellphone.

In another three days, it would be 25 years since Las Vegas entertainer Dennis Casey Park, with whom I was speaking, butchered the Canadian national anthem before the Las Vegas Posse’s Canadian Football League home debut.

The first two words of “O Canada” are O Canada. Park got them right. The rest he basically sang to the tune of “O Christmas Tree.”

The last line is “O Canada we stand on guard for thee!” Boy did it ever.

Additonal exclamation points and a question mark should have added to Dennis Park’s rendition of July 16, 1994, which caused an international incident and made Canadian singer-songwriter Neil Young sound like Luciano Pavarotti.

“I was certainly glad to see that the U.S. football players reacted so strongly and better than the singer,” Vice President Al Gore said during a visit with Canadian Prime Minister Jean Chretien after the Posse defeated the Saskatchewan Roughriders, 32-22.

Park’s interpretation of “O Canada” is inexorably linked to the failed experiment of 12-men-a-side, Canadian-style football in the U.S.

A quarter-century ago, it caused Dennis Park to embark on an international Mea Culpa tour to assuage those insulted in 10 provinces and three territories.

Today, he says it might have been the best thing that ever happened.

“I had just booked Dionne Warwick for a corporate event … and somebody referred us to Dennis Park, and I knew him from when he was a singer in Las Vegas,” Baskow said.

Park was sent the music to “O Canada.” But after he and Dionne Warwick were introduced to the small crowd of 12,213 on a 104-degree July night, Park said the producer made a slashing motion with his finger: There was no music. Park would have to sing “O Canada” a capella.

“I knew I was in trouble,” he said. “I needed the music to guide me.

“I got the first note out and it (echoed) right back in my ears, and then it was ‘O Christmas Tree.’ I was winging it. Usually you forget (the melody) and eventually you get back into it. But I never got back into it. I thought I’m just gonna give a big note at the end and get out of there.”

Two days later he was headed for Los Angeles to do interviews with Canadian television. The Mea Culpa tour had begun.

Canadians are known for being good sports, and so Dennis Park was hired to sing “O Canada” before a Hamilton Tiger-Cats game. Hamilton is a gritty blue collar town reminiscent of Pittsburgh. It was a tough audience in front of which to make an act of contrition.

But Park’s rousing edition in front of a full house won over dubious Ti-Cats’ fans, and Canadians from Kamloops to Prince Edward Island. He was invited to sing “O Canada” at a Blue Jays game and nailed it there, too.

Suddenly, it was like he was the third McKenzie Brother.

Years later, after turning a gig at the Seoul Olympics into a successful career as a performer and producer in Asia, Park and a female friend went out to dinner in Shanghai, where they were joined by a Chinese couple.

“The guy kept staring at me and would avert his eyes,” Park recalled. “Finally he said, ‘Excuse me, can I ask a question? You anthem man?’”

The man said his father had worked in Toronto.

A couple of nights later, Park called the couple to ask if they would show him more of Shanghai. They weren’t a couple any longer. The woman, an executive at an advertising firm, agreed to show the American singer from Las Vegas the sights of Shanghai.

“A lot of great things happened to me because of this,” he said about flubbing “O Canada” in much the same way the Posse flubbed their only CFL season, compiling a 5-13 record before folding under a glacier of red ink.

Dennis Park said he is reminded of it every time a singer makes a mess of an anthem, and somebody compiles a list of other epic fails. Usually his picture comes up right after Roseanne Barr’s at San Diego’s Jack Murphy Stadium.

Except in places such as Saskatoon, where the order usually is reversed.